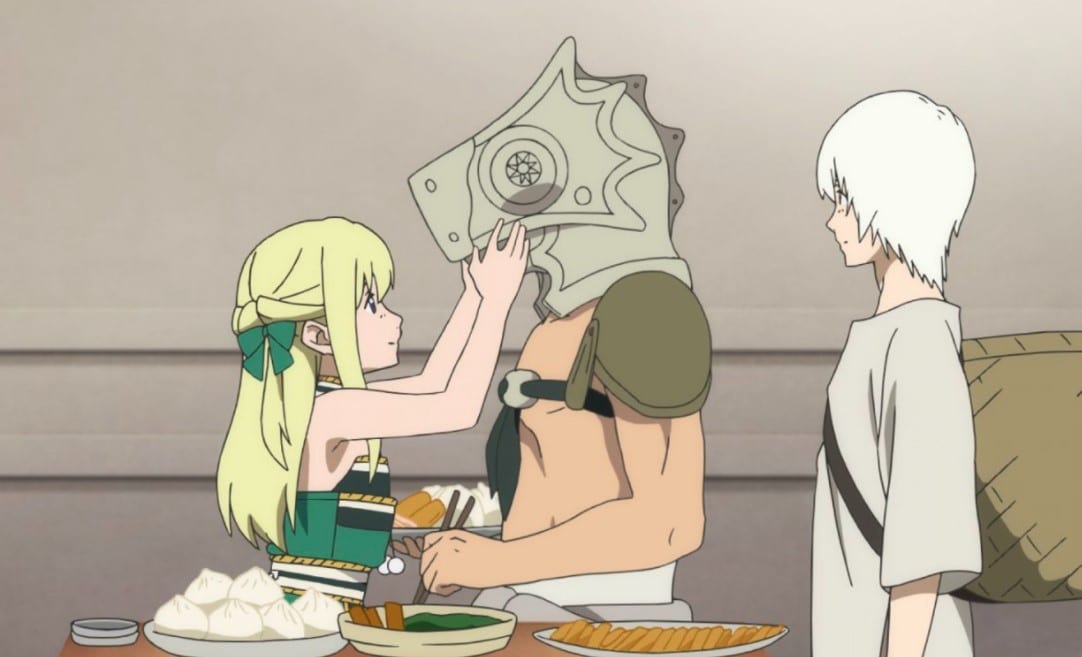 To Your Eternity will delay the upcoming episode as it will be taking a weekly break. The new threat has arrived at Rean’s sixteenth birthday party. Rean and Gugu open up to each other, but a tragedy happens that made Gugu fall high from that balcony. Before he fell, he pushed Rean back.  Fushi was inside the building and felt the presence of the Nokkers. Let’s find how the birthday story begins. Fushi has spent four years devoting himself to what he considers his family.

The new family taught him to be like a human, and Rean invites the two brothers’ monsters to her house. Gugu and Rean talked about the day Gugu saved Rean, and he died, but Booze Man revives Gugu as a monster that functions with alcohol. A piece of the balcony that the two were standing on got broken. Fortunately, Gugu sacrifices himself to save Rean. Rean aimed to introduce the boy she loves in front of her parents since she didn’t want to get involved with a political marriage.

Rean watches Gugu falling from the top, and Fushi felt the presence of overwhelming powers. Fushi heard the voice from his creators telling him that the Nokkers has arrived. He finds a core in the middle of the mansion, and the tree will grow and destroy everything. Fushi warns the royals to escape and save Meer before a huge rock falls on top of her. One of the royals wonders why Fushi is going in the opposite direction. He realizes that the building will collapse and transforms into a bear and hold the roof of the building. Fushi talked in a loud voice telling the royals to run while they still have a chance.

Previously on To Your Eternity Episode 12

The royals begin to run and wonder where Fushi is since his transformation happened quickly. The episode title is ”Awakening.” The episode starts with Rean calling out Gugu’s name, looking downwards. Fortunately, Gugu manages to change onto something, and Rean wonders who will help them. The royals come to the rescue and use their expensive jackets to make a role and pull Gugu back.  The earthquakes stopped, and Gugu asks the royals what is happening.

The royals reveal that the building begins collapsing, and they had no clues. Gugu realizes that Fushi is not here and heads back to the building. Inside the building, Fushi, in his bear form, apologizes to Gugu. Fushi said that it is his fault that ”IT” here, but everyone has run away except for Rean’s parents. Rean’s father is trying to help Rean’s mom to regain consciousness, but Fushi is still holding the building while protecting them. The two have broken legs, and Fushi told Gugu to help those two. 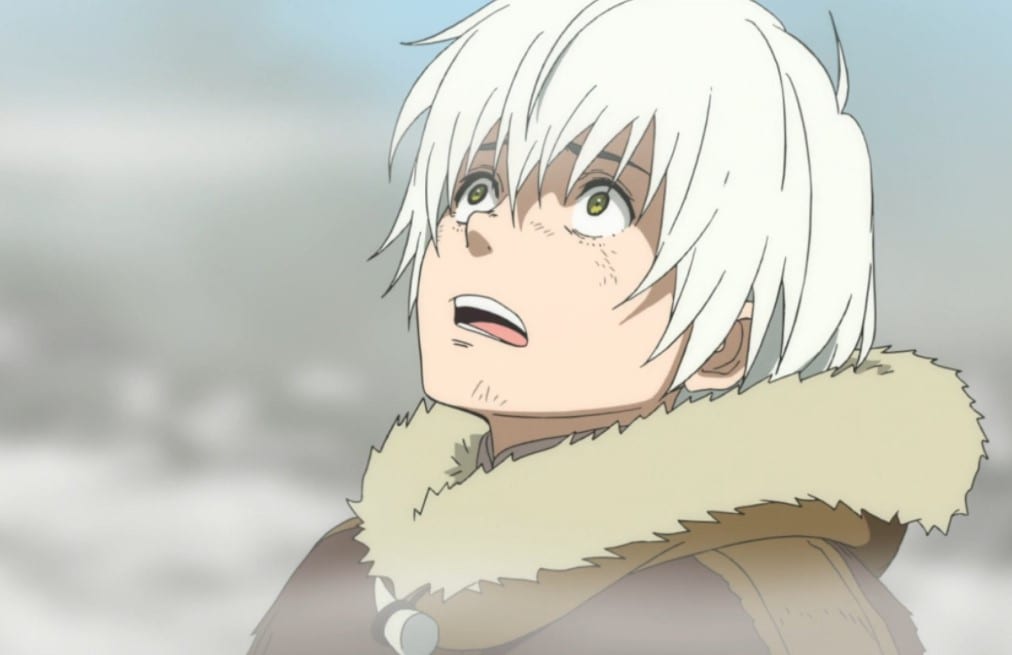 Outside the mansion, the royals witnessed the building collapsing. Fortunately, Gugu jumps out with Rean’s parents. Rean grabs Gugu’s hand when he wants to head back to help Fushi. She told him to wait and told him an ”I” word, and Gugu gets what she wanted to say and heard to save Fushi. Inside the mansion, Gugu finds Fushi buried under a pile of rocks and pulls him out. Fushi comments that the enemy is hiding. The enemy appears in the form of a bear that got made out of stone.

Gugu breathes out the fire, trying to burn the enemy and Fushi, not that the monster is nonflammable, and warns Gugu. The two notice that the beast has a body of stone armor, and fire won’t do anything on stone. The monster cracks the ground, and the duo falls inside the pit, but Fushi uses his powers and creates a weapon that helps them get back to the battlefield. When they are back on the ground, Fushi said he doesn’t know how to beat that beast. Gugu told Fushi, who turns into a snowy wolf, to find the weak spot and defeat the beast.

The two climb the monster’s back, and Fushi turns into March to get deep inside the beast. They begin to chop the monsters using different weapons that Fushi summons. Gugu saw the core and breath fire that made the beast explode. But the beast manages to escape. Fushi comments that they are weak immortal monsters. Gugu replies that he will always help Fushi, and that’s why they are brothers. Unfortunately, the beast returns and kills Fushi with is a single blow. Fushi revives and defeats the beast, but Gugu died, and his real brother came for the funeral. In the morning, Gugu wakes up and wonders why he is alive and realizes that he has awakened like Fushi.

To Your Eternity Episode 13 Release Date

Also, read To Your Eternity Episode 12: Preview And Spoilers.