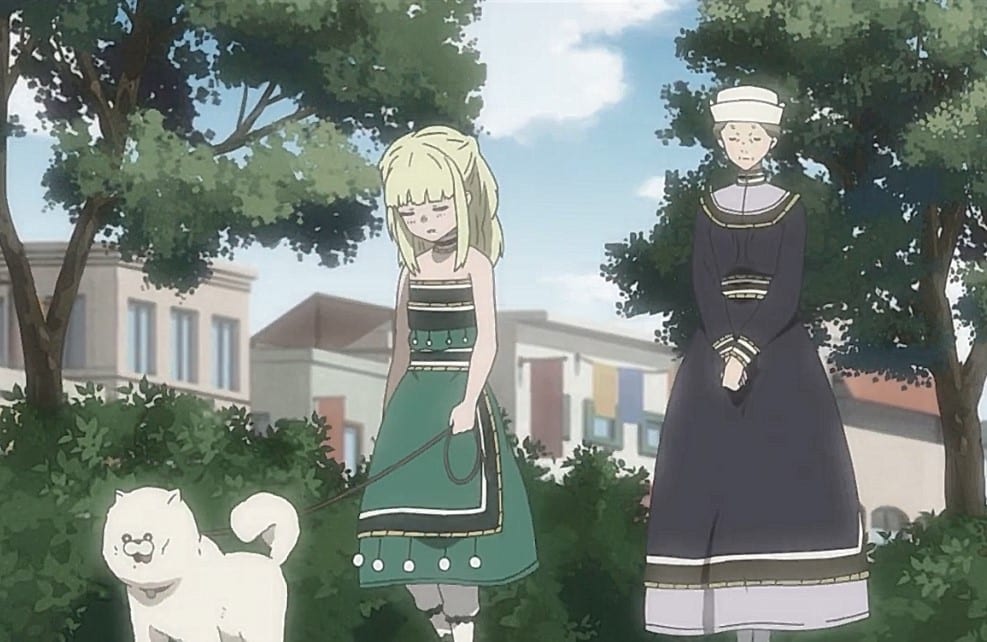 The orb in the form of Fushi still learns to adapt to the environment and humans. Fushi lives alongside Gugu and then others. Through his daily routines, he slowly knows new things. The Booze Man accepted Fushi and Gugu even though the two are monsters. Gugu became a monster after Booze Man used magic to help him and prevented him from dying. Gugu discovered that he is a monster like Fushi, but he is glad that he has a monster brother. He met with his older brother and gave him a ring to make a fortune.

The Booze Man’s family tried to help Gugu to regain his human form, but they struggled. Gugu once ran away from home, and Fushi followed Gugu, and they met in the forest. Fushi notices that bandits want to capture Gugu and turns into a bear and ambushes the bandits. Fushi reunites with Gugu, and they both head home. The boys who stay in the mountains visited Gugu’s old house. One of the boys comments that this is where the monster resides. Fushi transformed into a bear and scared the boys away.

Previously on To Your Eternity Episode 9

Fushi and Gugu continue to scare people for fun, thinking that it is a game. Finally, the two visit the market in the morning, and Fushi turns into a monstrous bear. The citizens ran away, thinking that the monstrous bear would eat them. But the citizens get used to Fushi and Gugu’s prank. They realize that Fushi is a monster that means no harm to humans around him. Fushi and Gugu enjoy living together, and Gugu took off his face mask. Gugu decided to show his face, but no one knows how his face looks.

Gugu told Fushi that Beer Gramps put Booze inside him. Suddenly Gugu starts to get weak and collapses. Fushi tries to help Gugu, who comments that his body can’t move. The two head back to their camping site in the mountains. Gugu rested and told Fushi that he hasn’t eaten in a long time. Fushi thinks of food that will make Gugu recover and use his powers to create all the food that he ate in the past. Gugu wakes up and enjoys the food. Fushi is not aware that he can make anything he has seen or touched. 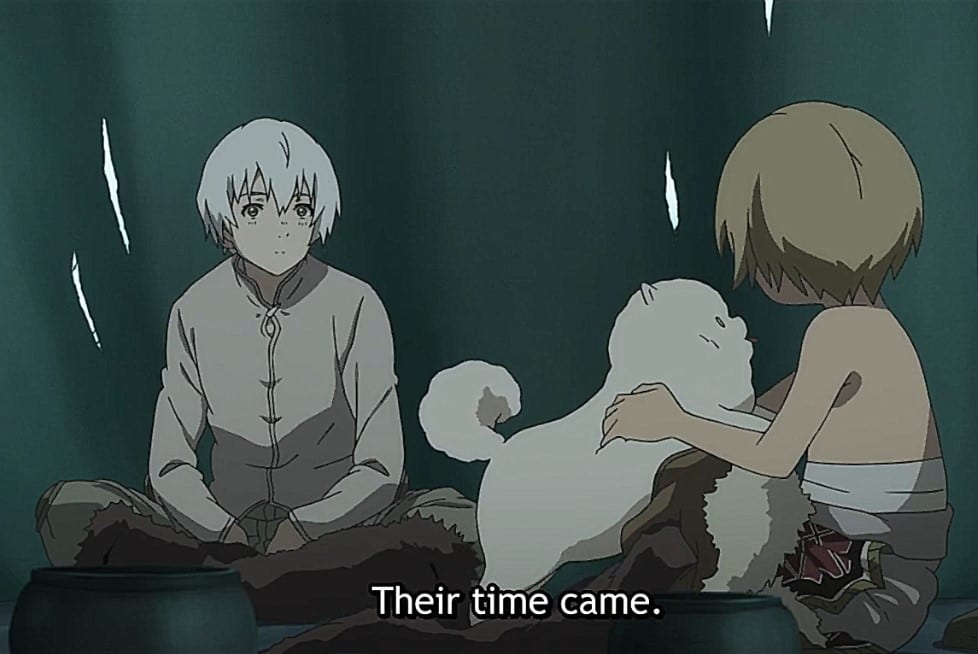 Rean’s cat Joaan arrives in the mountains, and Fushi notices that. Fushi wonders why Gugu is calling Joaan Meer. Gugu realizes that Meer ran away from home. Gugu brings an argument that this is Meer, Rean’s dog. Fushi thinks that it is a cat and she is Joaan. Gugu asks who is Joaan that Fushi is saying. Fushi realizes that Rean couldn’t argue with him and accept that the dog is a cat named Joaan.
Fushi replies that he heard someone telling him Joaan and decides to name the dog Joaan.

Gugu comments that Joaan might be Fushi’s name and asks Fushi if his parents called Joaan. Fushi replies that the person is his first-person, and the guy stopped moving, and he took his form. Gugu realizes that Fushi possesses Joaan’s body, which Fushi met in his monster form. Gugu comments that Fushi’s appearance is Joaan’s, who is not alive.

Fushi wonders what death is, and Gugu realizes that Fushi can also transform into that girl, March, who is dead and a bear and wolf. Fushi asks what die is, and Gugu replies that it is what Fushi calls becoming empty. Later, Rean arrives at the mountains and talks with Gugu to convince him to return to Booze Man’s place. Rean opened her heart to Gugu. Meanwhile, Fushi’s Creators observed him and noticed that he hadn’t acquired something useful after his last battle.

To Your Eternity Episode 10 Release Date