This december 2021, Mamamoo's Wheein and Ailee, the two singing queens, are all set to make your christmas more sparkling with their upcoming duet single. 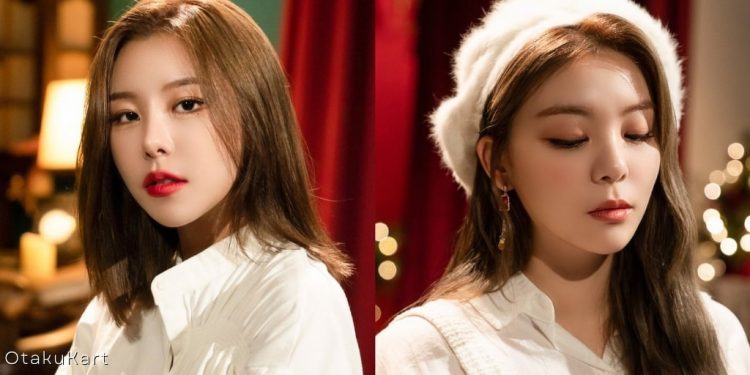 Two queens of the kpop industry, Mamamoo’s Wheein and Ailee, are coming to surprise their fans with the upcoming duet ‘Solo Christmas’ this December 2021! Imagining these two queens singing on the stage will be captivating for fans. After all, who can deny their genes of singing deep melodies? Not to forget, they are already all set to fascinate everyone with their beautiful, flawless duet. The upcoming collaboration of Mamamoo’s Wheein and Ailee ‘Solo Christmas’ will be out on 11 December 2021 at 6 pm KST. They truly know how to surprise their fans by giving such an unexpected Christmas gift.

However, to make it more surprising and exciting, the queens have dropped a teaser of ‘Solo Christmas’ and even uncovered their upcoming duet piece’s poster! Besides, their concept teaser posters have excellently portrayed their breath-taking beauties and elegant white Christmas theme! The teaser and posters have already caught fans’ attention, making them eager for their upcoming duet ‘Solo Christmas.’

On 6 December 201, Mamamoo’s Wheein and Ailee unveiled the teaser and concept posters for their upcoming duet ‘Solo Christmas.’ Both ladies are adorned in beautiful white dresses with light makeup, glowing their pictures. However, their bright, sparkling eyes can make anyone fall in love with their angel-like look. Their new single’s poster presenting a Christmas tree already giving off sparkling yet soulful vibes. At this rate, it seems 11 December is far. After all, it is all thanks to the two gorgeous ladies, Wheein and Ailee’s Solo Christmas teaser.

After surprising fans with their collaboration piece and unveiling the concept posters, the two queens did not stop there! They even have dropped a teaser of ‘Solo Christmas,’ which has already captured thousands of fans’ hearts! The balance between their harmonies has perfectly delivered in the teaser, leaving everyone in goosebumps. Just like the title suggests, Solo Christmas gives off Christmas vibes with its soft and slow tempo flawlessly mingled with Wheein and Ailee’s soulful and rich melodies!

This will be the first collaboration since the two have begun working under the same label. This year, both ladies, Wheein and Ailee, signed a contract with the new label, THE L1VE, founded by VIXX’s Ravi.

Check out the teaser below: