To Become A Real Heroine! The Unpopular Girl and the Secret Task Release Date & Streaming Details 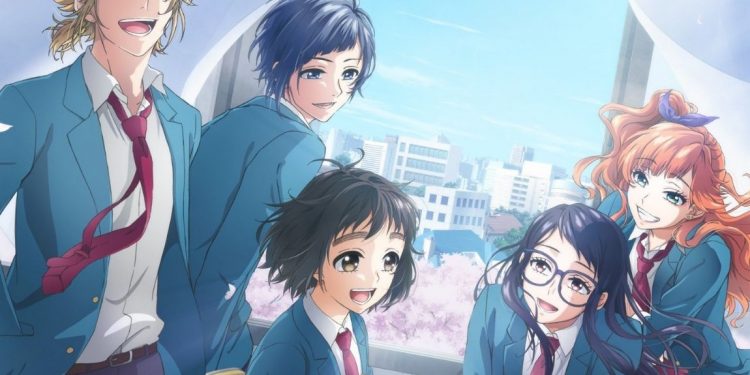 While we are bidding a good to all the series we watched in 2021, we are getting ready to get some all-new series with the coming new year. As most of the production companies have already announced their upcoming releases here, we got you one of those new releasing series from the year 2022. Heroine Tarumono or To become a real heroine is a series that is successfully going to make its way to the audience soon. All the details related to the series are included, along with the expected release date, streaming channel, and brief of the series. Let’s get going.

The series Heroine Tarumono! Kiraware Heroine to Naisho no Oshigoto or To Become a real heroine! The unpopular girl and the Secret Task is an upcoming original anime series by Lay-Due Studio. Unlike many other incoming releases of 2022, this series is not an adaption of manga and is purely original written by Yoshimi Narita. The series is going to belong to the slice of life genre, covering different aspects of the protagonist’s life. The best thing about a slice of life anime series is that they give a most realistic view of life than any other shonen, ecchi, harem, isekai genre ever can provide. This makes them differently fascinating hence, attracts viewers who are craving some drama based in the real world.

To Become a real heroine! The unpopular girl and the Secret Task Plot

As already mentioned that the series is based on day-to-day life, it centers around the life of a very common high school girl Hiyori Suzumi. The series is named “To Become a real heroine! The unpopular girl and Secret Task” because of the role Hiyori’s role in the series. She is a very average girl with extremely average living standards. Hiyori is a high school girl who lives in the countryside with her family and loves to run. By running means, she literally likes to run in an athletic way, she even left her house to get enrolled in Sakuragaoka High  School in Tokyo to join the athletic club track and field club of the school. This is something she really wanted to do in order to change her persona and image into a more popular girl.

As she got admitted into the school, on her very first day, she came across Yuujiro and Aizou, who are said to be members of the school’s idol club and belong to the unit LIP X LIP, who later revealed as her classmates. Hiyori being from the countryside and not having a rich family, felt the need to avoid the idol thing and get herself a part-time job. The things that happen to her later clearly show that God has different plans for her. She got the job as the manager of LIP X LIP and now has to manage school life, track and field club, and her job while getting on good terms with new people she is going to meet.

To Become a real heroine! The unpopular girl and the Secret Task Release Date

The upcoming series To Become a real heroine is based on the song by HoneyWorks that goes by the same name. The Japanese song is very well known due to the collaboration between two big musical units of the country. This song is a result of HoneyWorks and CHiCO, taken multiple times as OP and ED in many anime series. You can get to hear this song in O Maidens in Your Savage Seasons and as the ninth opening of Boruto: Naruto Next Generations. As the song is very close to all our hearts, the producers have finally decided to get a whole series based on it. The key visuals of the series are out already and show sakura petals coming into the classroom and showing the faces of protagonists. The particular date of the series hasn’t been announced yet, but you can expect the series to drop out in April 2022, as confirmed by the official sources.

To Become a real heroine! The unpopular girl and the Secret Task – Trailer and Streaming Details

Although the release date of the series is set in April 2022, the teaser for it was released way before the release. The official youtube channel of HoneyWorks dropped out its trailer on 28th August 2021, from that day onwards, the fans are getting insanely impatient while waiting for it to drop out.

As for the streaming channels for the series, it is yet to be made clear but will be released as a television series for Japanese natives on Tokyo MX, MBS, and BS Fuji official networks. If we talk about the expectations, then it is obvious that since platforms like Crunchyroll and Funimation are the most legit and popular sites, then the series is surely going to get licensed by them.

ALSO READ: Anime To Look Out For In January 2022

Here Are Some Of The Craziest K-pop Ships On The Internet!