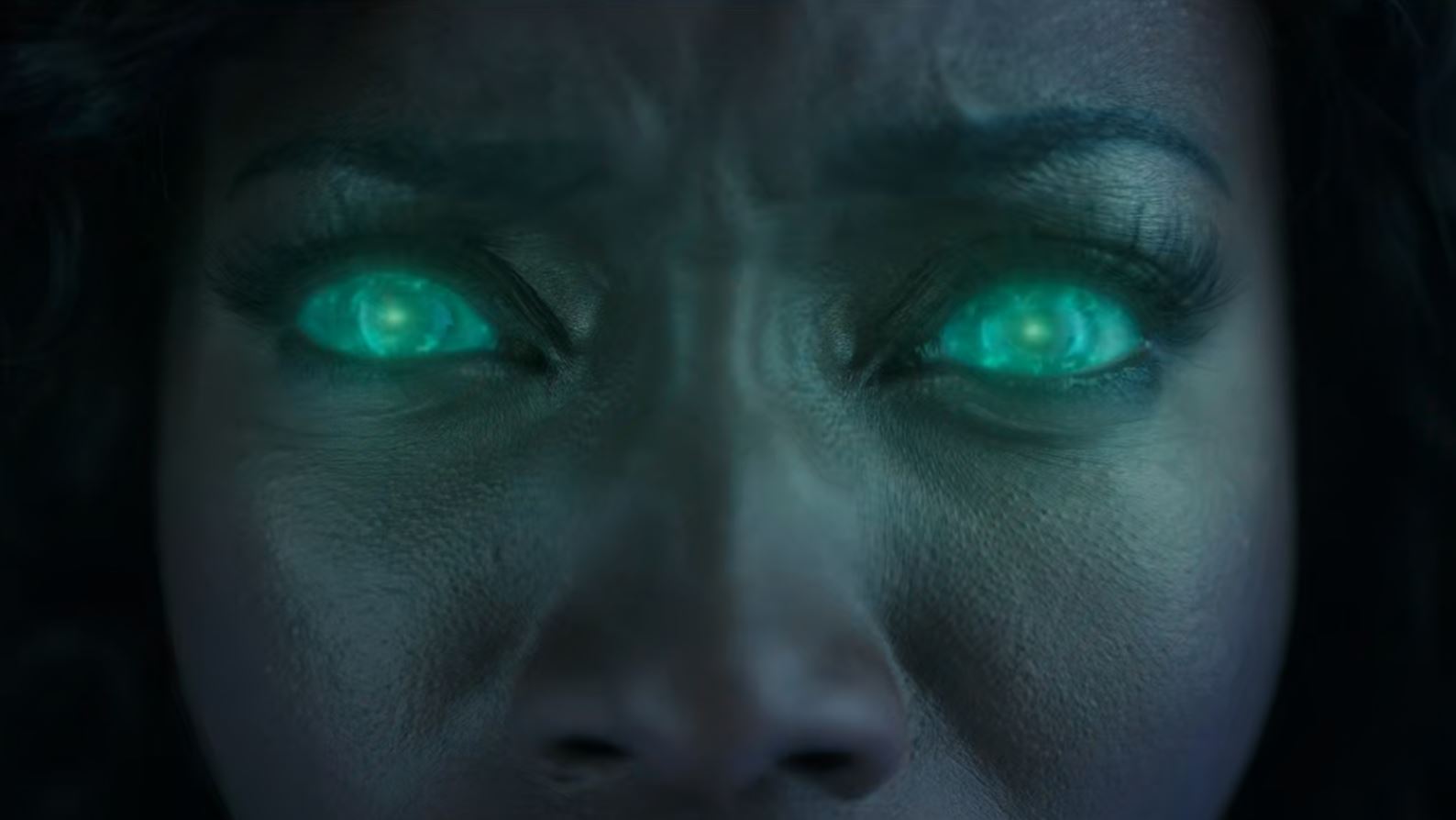 Titans Season 3 will soon return with its Episode 5. The show is back with its third outing, and things have been quite grave since the ending of last season. Last season, we saw the death of Donna Troy as she passed away after being electrocuted. Now, this season begins with one of the most disastrous Batman storylines – The Red Hood. Jason Todd was able to triangulate The Joker’s location and goes after him. Unfortunately, it was a trap set for the Boy Wonder. And subsequently, The Joker kills Jason with a crowbar. When the Titans hear about this, they are all devastated while Dick goes to meet up with Bruce. He is still his stoic self as he tries to bury his emotions. After he gets some tough love from Barabara and Dick, Bruce finally snaps as he goes and kills The Joker at the GCPD with a crowbar.

Bruce leaves Gotham City in Dick’s hands as he asks him to become a better Batman. That’s when the rest of the Titans move into the Wayne Manor. Now that Batman is gone, Gotham City needs their help more than ever. A new series of cases start appearing where people dressed in Red Hoods are asked to perform a certain task. The Titans dig deeper to find who the culprit was. Surprisingly, it was Jason Todd back from the dead as he took on the role of Red Hood. Hank was to take down Jason so he heads to stop him after he receives his phone call. Unfortunately, it was a trap to set up a bomb on Hank. Despite all their efforts, Hank passes away. Jason tricks Dawn into setting the trigger for the bomb herself. So, let’s see what we can expect from Titans Season 3 Episode 5. 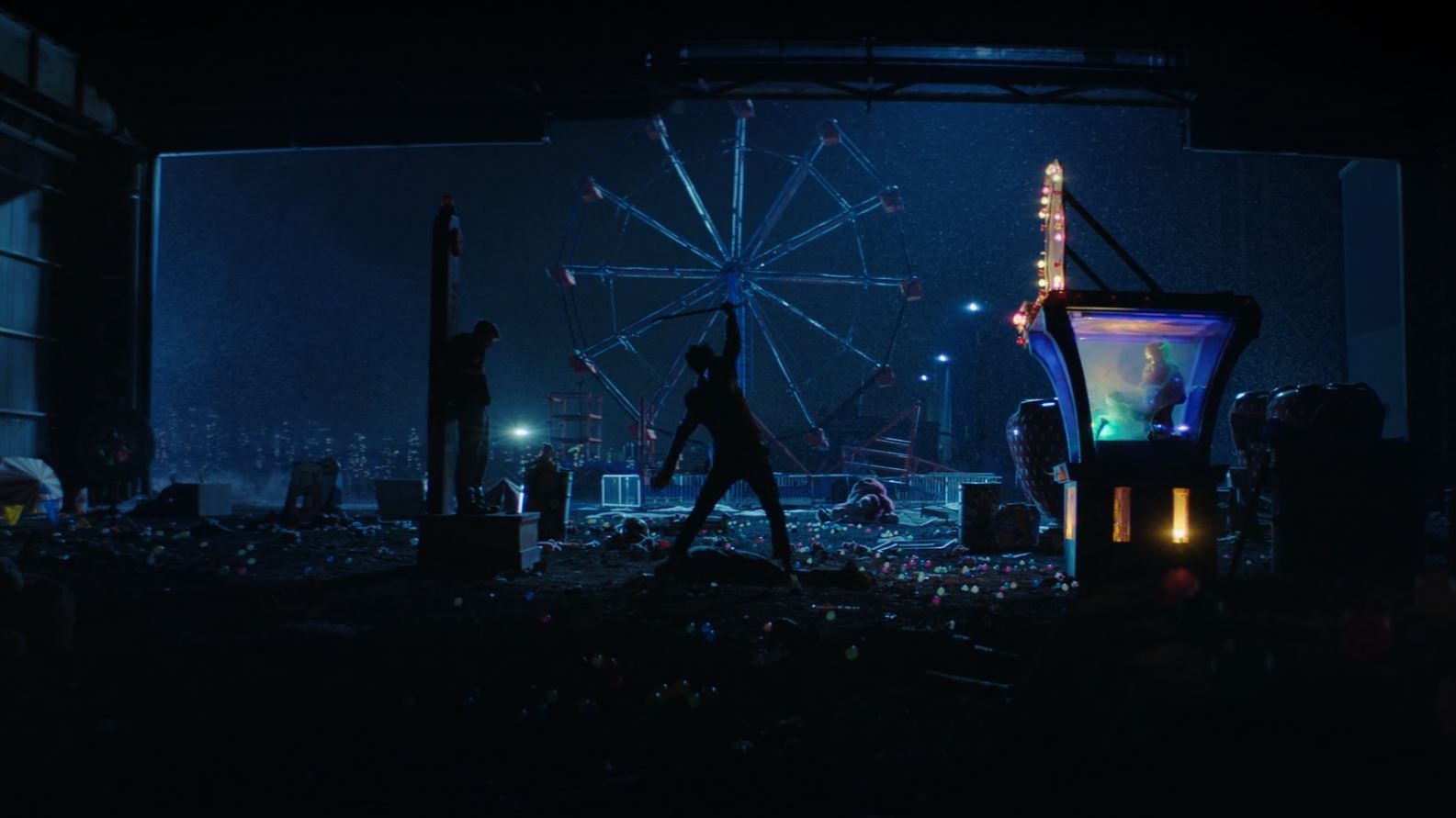 Titans Season 3 Episode 4 titled “Blackfire” features Starfire as she tries to deal with her constant visions. In the past three episodes, we have seen her acting weird. She has these weird dreams, after which she goes all out of control. During this, she has attacked Gar and Connor. Fortunately, Gar didn’t turn up medium-rare. While Gar was now extremely scared of Kory, he still tries to help her out. The Titans have been at their lowest, and Gar has been doing their utmost to keep everyone from falling apart. Kory shares her dreams with a doctor friend of hers while also consulting with Gar. Gar suggests that she uses one of Bruce’s Sensory Deprivation Chambers. This should help her cancel out everything and only focus on her visions. Moreover, she might not be able to attack him. Well, they were wrong as Kory gets out. 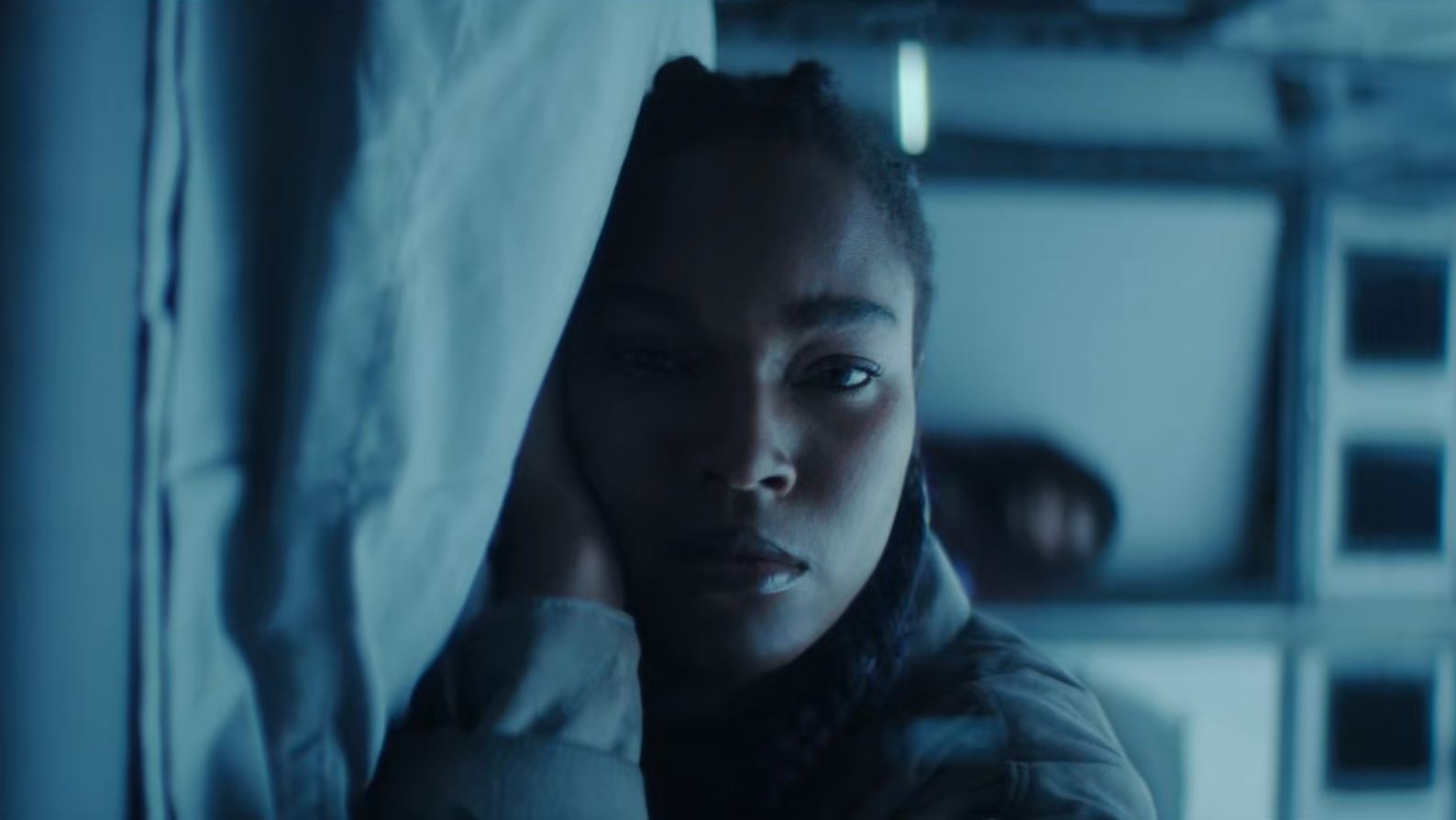 All while being asleep, Kory knocks out Gar and dumps in the back of a car, and drives to an open field. As she wakes up, she helps get Gar out and explains that it was not her doing. During her visions, she was able to see her evil sister Blackfire. Kory believes that Blackfire has been trying to contact her. Gar and Kory discover a secret chamber below the car that they enter. Here, they find a lab where Blackfire was being held captive. Apparently, it was a secret US Government sector that dealt with Extraterrestrial species. They had brought down Blackfire’s powers and were planning to spend all her life inside the cell. Kory goes into the cell and has a talk with her sister. But halfway as she was leaving, Kory feels that she cannot abandon her sister. Therefore, she helps Blackfire escape the facility.

In the opening scene of Titans Seasons 3 Premiere, we see Jason taking a puff of some gas. While it was unknown to us what the substance was, Duck finds out that Jason had been cooking something in a secret laboratory. At the beginning of this episode, we see a physical assault on Jonathan Crane from one of Red Hood’s men inside the Arkham Asylum. This incident causes GCPD to consider locking Jonathan Crane in the Blackgate. Dick realizes that Jason pulled a trick to jump on Crane while he was being transported. Dick takes out the Arkham guards as he kidnaps Jonathan Crane and drives him out in his Black Maserati. Recognizing the vehicle, Jason retracts from attacking Crane. During the car ride, Dick learns how Crane knew everything about the Bat-Family. Apparently, the Scarecrow was now a mentor to the former Robin. 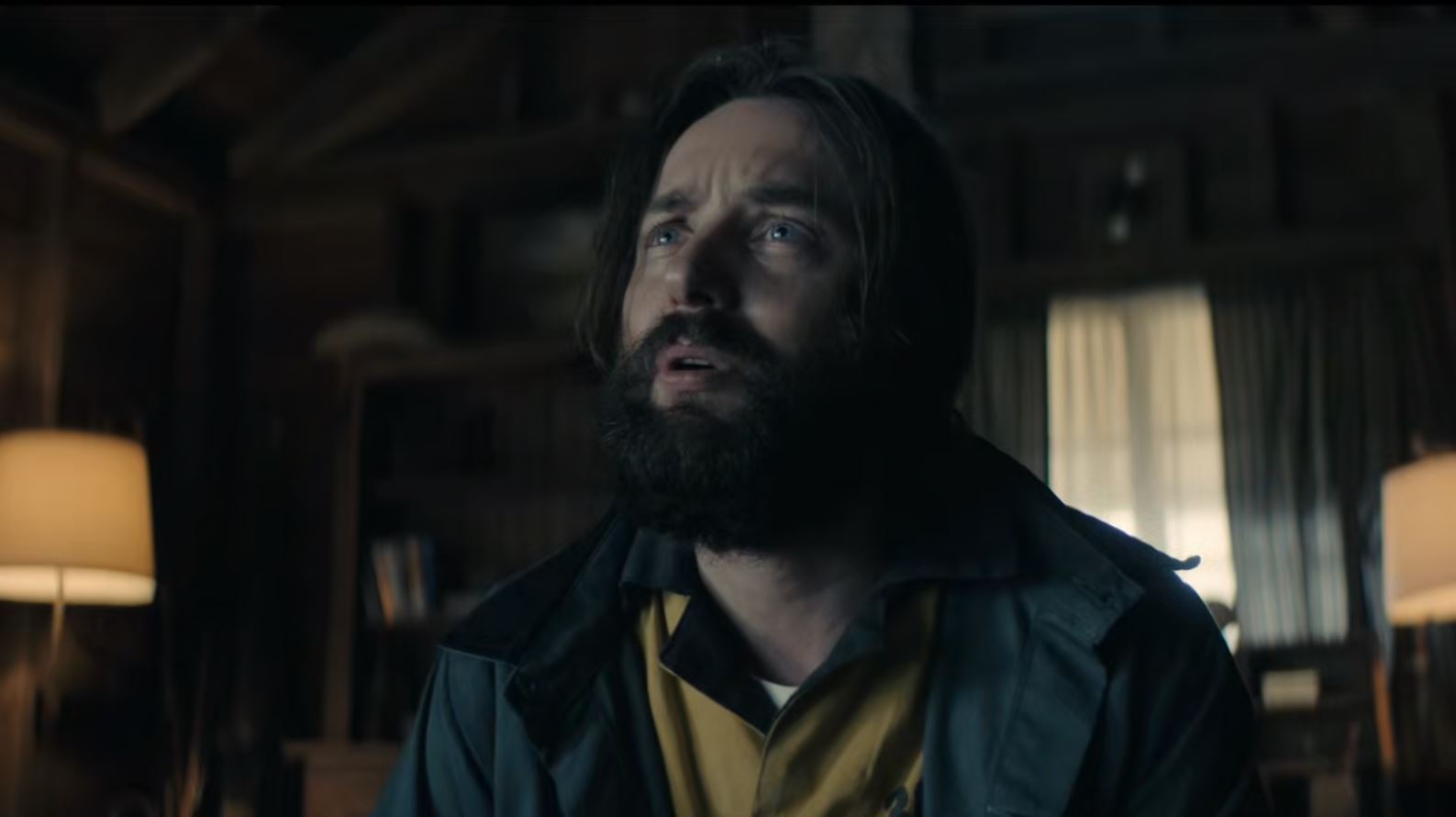 Dick drives Jonathan out to an old cabin in one of Bruce’s forests. Here, they are on a stakeout as Dick waits for Jason to turn up. During this wait, Dick and Jonathan shares some of their past. Jonathan tells Dick how Jason was broken and had come to him for guidance. Meanwhile, Dick shared how Bruce had left him outside the cabin fighting wolves. A bit later, Jason arrives as a brawl occurs between Nightwing and Red Hood. During this, Crane tries to flee, but he is left unconscious. The GCPD arrive on a helicopter, but they misfire at Nightwing leading Red Hood to run away with a knocked-out Jonathan Crane.

Titans Season 3 Episode 5 will release on 26th August 2021. While no official episode title has been provided, some unofficial sources say that the forthcoming episode will be titled “Lazarus”. Titans Season 3 came out with their first three episodes releasing altogether on 12th August 2021. After that, the show has planned to release one episode every Thursday. Each episode by the Titans has a runtime of about 40-45 minutes, as they release at 12 am ET. IF you would like to watch the episode as soon as they release, be sure to check the release time in your local time zone before you proceed. Titans Season 3 is set for a total of 13 episodes, meaning that we still have nine episodes left in the season. Up till now, there has been no news surrounding the renewal of Titans for a fourth season. 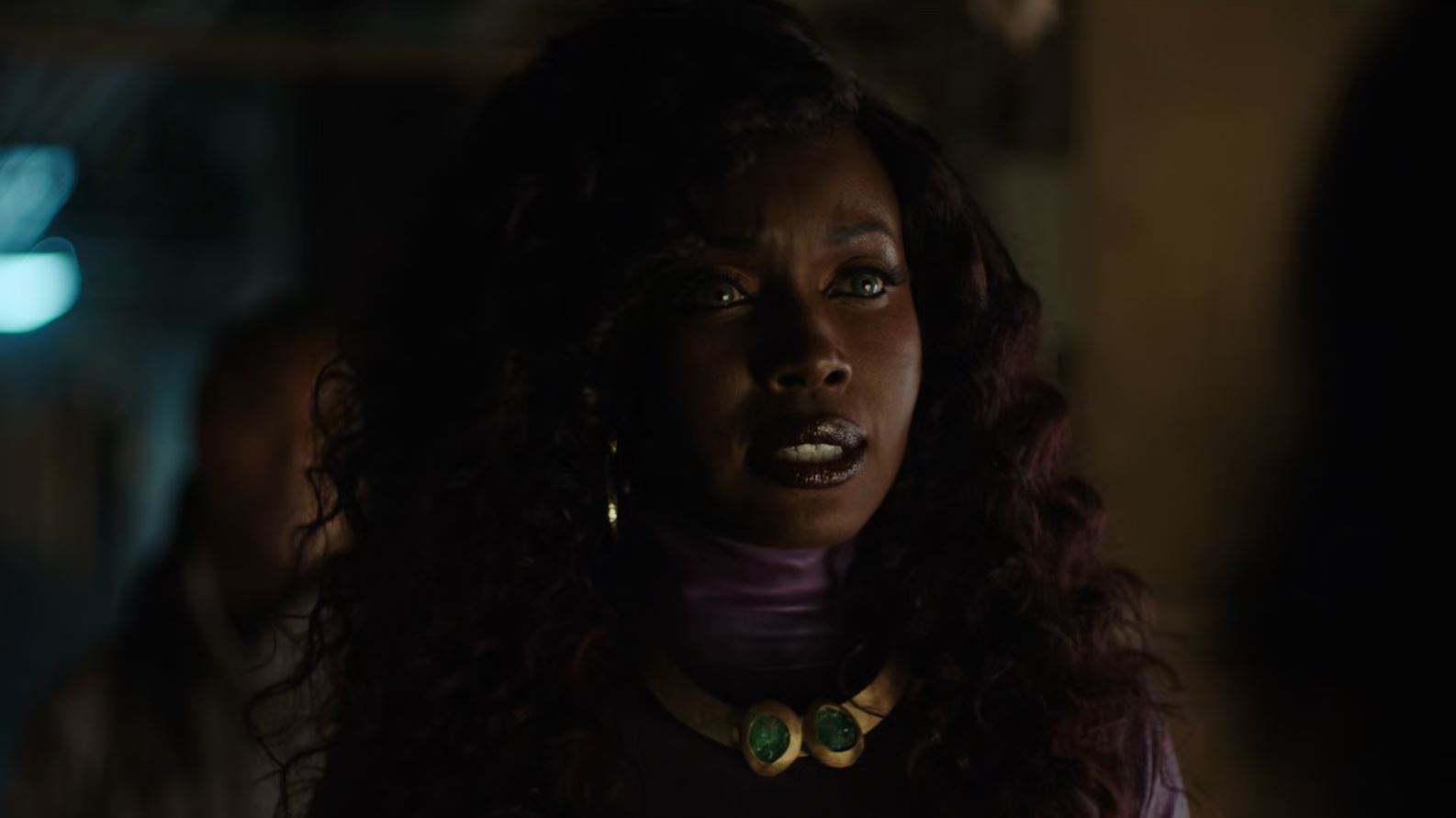 Titans Season 3 Episode 5 titled “Lazarus” could mean that we may learn about how Jason came back from dead. This title is very likely an indication of the Lazarus Pit. This Pit is generally used by Ra’s al Ghul as he makes himself younger every time the time arrives. This Pit is known to have restorative powers as it can help a man back from the most fatal injuries or even death. This was how Jason was revived in the comic books or even in the animated movie Batman: Under the Red Hood. While Titans did mention Ra’s al Ghul once, it did not seem like the Demon’s Head would be appearing in the show. Nevertheless, if this episode title is true, Ra’s al Ghul, Talia al Ghul, or even the League of Assasins may make their presence known in the next episode. 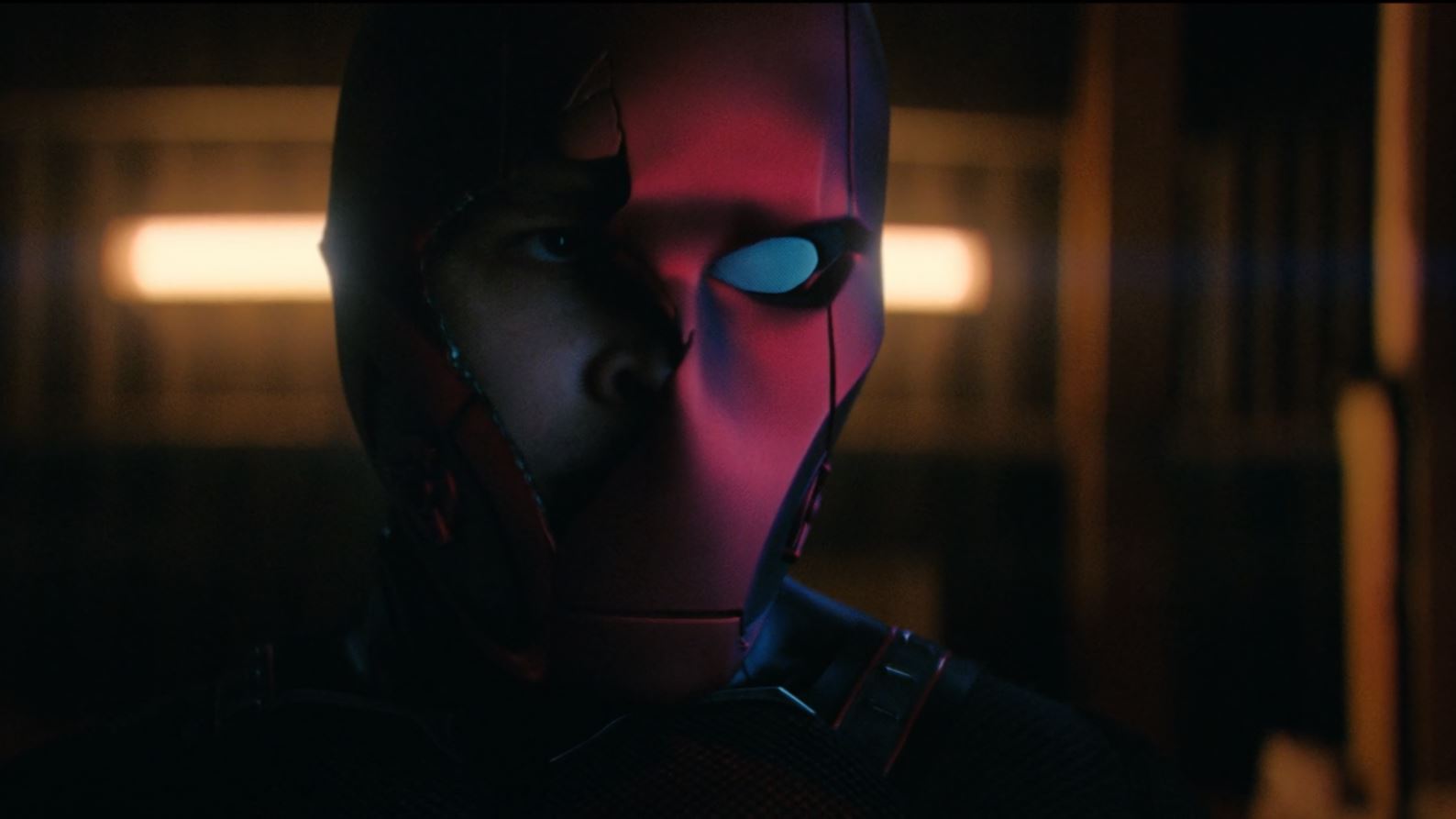 Along with this, we may even learn much more about the relationship between Jason Todd and Jonathan Crane. How did Jason reach out to Jonathan? Did he seek his help to manufacture an anti-fear toxin? If so, was he successful? Moreover, why does Jason want to meet Jonathan now? Maybe, Jason isn’t really bad but is being manipulated by the Scarecrow. While the chance of this happening seems pretty low, Jonathan Crane is a very clever scientist and could come up with something to control the ones around him. Maybe, he might have derived some properties out of Poison Ivy’s pheromones.

Where to Watch Titans?

Titans is available to watch on HBO Max. The show used to previously air on DC Universe, but Titans have found a new home in HBO’s new streaming service ever since the release of HBO Max. Fret not; as of now, only Titans Season 3 is exclusively available to HBO Max. The first two seasons of Titans are available to watch on Netflix. Along with this, individual episodes and seasons are available to purchase on video-on-demand. This includes a variety of platforms, including Amazon Prime Video, iTunes, Google Play, Microsoft Store, and VUDU. Do remember that VOD services are only available for Titans Season 1 and 2.