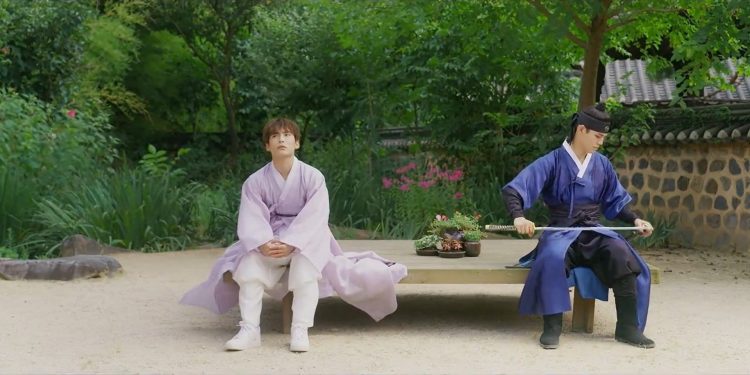 ‘Tinted With You Episode 6’

‘Tinted With You’ Episode 6 is going to hit the screen soon enough. The South Korean BL drama series has got the attention of everyone and will surely reach the peak of its success in the coming days. The genres of romance, drama, and fantasy have enhanced the drama series by a lot, and its engagement level has reached new heights. It is really impressive to see that ‘Tinted With You’ has reached a very strong position in a very short period of time. Moreover, the genres of the drama series have played a fantastic role in attracting attention from all the corners of the industry.

Furthermore, the crew and cast lineup of the show has done a very successful job in making every scene of the show worth watching in every way. The overwhelming response from the viewers of the show speaks the same, and the positive reviews are strong proof. Here we have gathered all the details about the upcoming sixth episode of Tinted With You. Therefore, let’s have a quick peek inside.

‘Tinted With You Episode 5’: Spoilers & Recap

The previous episodes of Tinted With You have been really intriguing for all the audiences out there. The growing closeness between Lee Heon and EunHo has left everyone in a series of “awws” and giggles. With every passing episode, they are opening more to each other and are beginning to share their personal secrets too. It was a major scene when we saw Lee Heon fumbling with the art case of EunHo and then inviting him to check out his paintings. The thing that makes this scene more interesting is that it was the first time the prince was showing his paintings to someone else.

Receiving EunHo’s compliments, the prince was flushed pink, and his cheeks were on flames. That was A MOMENT for everyone. And, we are sure that by now, the boys are one of the favorite pairs of everyone out there.

Giggling and sharing thoughts together, we see them getting ready and going for a walk together around the forest. They arrive on a cliff and have food together.

In the upcoming episode, we are going to see the most awaited “Kiss Scene” and then burst into millions of “awws”. Apart from all the good things happening in the show, there are some troubles approaching too. There are some misunderstandings arriving between EunHo and Geum which may leave them in a bitter relationship. We are going to know the reason in the upcoming episodes of the show.

Where to Watch ‘Tinted With You Episode 6’?

Viki is the stop for you if you are looking for a platform to stream the BL drama series ‘Tinted With You’. It is a reliable one, and the episodes there are available with subtitles. The only thing you would need to do is buy the subscription package for the platform.

The good thing about it is that the platform is accessible for both domestic and international audiences. Once you purchase the subscription, then you are free to surf through all the episodes of the show.

‘Tinted With You Episode 6’ Release Date

Tinted With You Episode 6 will be released on January 7, 2022, at 8:30 PM. The cliffhangers from the previous episode of ‘Tinted With You’ are going to get over really soon. The audience out there is eager to know the storyline ahead, and we are the same.

The buzz is all over the internet, and we are sure that the drama series is going to do really well with its other upcoming episodes too. Therefore, it is no surprise that the show is receiving a very good crowd of viewers, and the consistency is highly persisting and convincing.

Moreover, the South Korean drama series is only a few more episodes away from its end. It has a total of 8 episodes, and we are now highly awaiting the sixth episode to air soon. Undoubtedly, the show is offering good and unique content to all its audiences. Its easy-flowing plotline and powerful cast performance have made its popularity cross the Asian boundaries and reach global audiences too. With the approaching final episode, the engagement level has increased by a lot, and the expectations have skyrocketed.