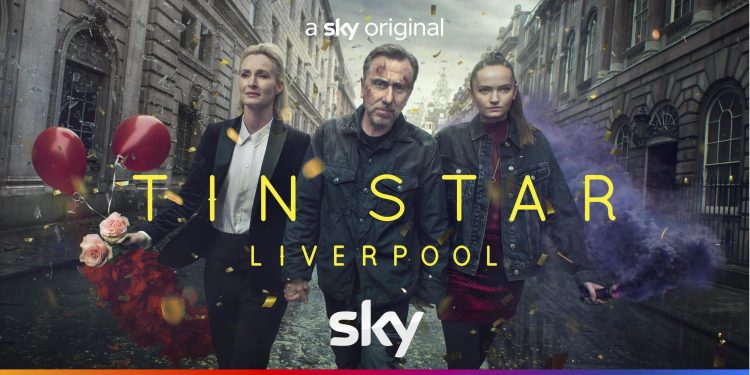 Tin Star has managed to grab people’s attention quite immediately. Recently, Season 3 got wrapped up, and the ending has left the people extremely confused. As it ended with a cliffhanger, people are anticipating another season of the show. The last season had also managed to keep their fans hooked on to the show, with a major cliffhanger in the ending. However, in this article, we will be discussing the theories, and you will also get the “Tin Star: Liverpool” ending explained.

What made the show so popular was the thrilling adventures of the Worths family, also most of the seasons had managed to end in enthralling cliffhangers. After the end of Season 3, there had been a lot of rumors that the show might be wrapped up. Even when the writers and producers were asked about it, they informed that when they had started, they had no idea that the show would even run for three seasons. They had always ensured that the quality of the show would be the priority rather than the number of seasons, Hence, finally, the team feels that they have reached a satisfactory level where the show can be wrapped up properly.

Before we delve into the ending of season 2 and also how season 3 started. In the last season, we saw that Jack, Anna, and Angela going separate ways. This was a huge cliffhanger, as the audience was left wanting for more, something did not feel quite finished. As the fans have guessed, season 3 came back with a huge bang, where the three reunited once more. However, this was not just a mere reunion of a group. The three have come back with more emotional growth, and this season will challenge a lot of their personal views.

In Season 3, we find that Jack has managed to meddle in with Liverpool’s top gangster boss, and he is in trouble. Michael Ryan was not pleased with the Worths, and now he will stop at nothing to get his revenge. In the meantime, we find out that Jack and Angela have finally decided to get married. In this season, you will not only get the action-packed scenes but some good emotional ones too. There is a particular place where Anna can either choose to save herself or save the other two. She did not even make the choice, and the three of them decided to face Michael themselves.

Michael comes back later on, and there is a huge twist in this part. He brings in only two bullets in his gun and again gives them the option to sacrifice only two people. However, the three of them come up with a plan and try to distract Michael. Consequently, he ends up shooting two of his men. As soon as he understands what happened, the trio detains him. Soon the police come and arrest Michael. In the end, we find the three of them joking about their future, where Jack reveals he would love to spend a peaceful life with Angela in Canada. Yet, just before the credits come, we see them jumping off the roof.

From how the series was panned out, we are pretty sure that they did not die, and perhaps they just wanted to escape the attention. All the three characters had received a place of emotional satisfaction even. In fact, in this season, we saw a lot more emotional aspects from the main characters. This was done purposely by the writers to bring the show to a wholesome level. They did not want to end the show on an incomplete basis. However, the actors and even the directors have not yet confirmed that the show is wrapped up. The whole team somewhere still thinks that the show might be again picked up for another season. There is just nothing concrete about it.

The ending of “Tin Star: Liverpool” is not a complex one. It is quite similar to season 2, where the characters are given an ambiguous ending, where if they do return for the next season, it would not look weird.

Watch Order Guide of Mirai Nikki, How To Watch?