Times Season 2 is a question many fans want to know about. Times is currently an ongoing South Korean drama starring Lee Seo Jin, Lee Joo Young, Kim Young Cheol, and Moon Jung Hee in lead roles. It is currently being aired on the original network OCN. The story of the drama revolves around its main characters Lee Jin Woo, Seo Jung In, Seo Ki Tae, and Kim Young Joo. There’s a risk of life in Seo Jung In’s father’s case, who is also the president of South Korea. Death is knocking at the door of her father, and how she prevents it with the help of Lee Jin Woo is the overall plot of the story.

The official trailer of the drama was released on 19th February 2021. The South Korean drama is currently ongoing and is well appreciated because of its eye-catching performance. The trailer starts with the appearance of the DBS reporter Seo Jung In, who is also the daughter of the president of South Korea. She seems to be an outright and just reporter who didn’t even hesitate to question her father with tough questions. Just on the other hand, we see a reporter from”Times” named Lee Jin Woo, who doesn’t hesitate to for far beyond his reach to gather the just information. Suddenly after the noise of a gunshot, we see Seo Jung In has somehow traveled in the past. Nobody there recognizes her, and everything around her seems disrupted. A sudden memory clip is also shown where the president could be seen getting shot in front of Seo Jung In’s eyes.

Everything turned upside in the blink of an eye before her. Suddenly we see Seo Jung In and Lee Jin Woo coincidentally on a call with each other; it takes them a while to understand what is happening around them. They figure out that they are connecting with each other through past and future times, which is impossible. Maybe it is a chance given to them to rectify the past deeds. Firstly Lee Jin Woo doesn’t believe any of it and ignores the call, later he gets to know he himself was killed, so it’s a chance for them all to fix what’s wrong. No matter how hard they try something or the other seems to go wrong, but Seo Jung In is pretty sure that the only person who can change the past is Lee Jin Woo. The trailer ends on this note. Will they be able to save their loved ones in something for which we need to watch the drama. A Still From The K-Drama Times

Seo Jung In and Lee Jin Woo are both hard-working reporters who run after the facts to provide justice for the truth to prevail. Suddenly one day, Seo Jung In calls Lee Jin Woo and claims to be calling from the future. Lee Jin Woo, of course, doesn’t believe it until he himself gets the hang of things around him. Seo Jung In has a knack for digging in things to find the core problems; she is extremely dedicated to her work. Her father, Seo Ki Tae, is the president of South Korea, and she finds out his life a risk. To save her father, she finds herself fighting with the deadly time. She joins hands with Lee Jin Woo in the mission to help and support each other. Handling the task in totally different time zones and years will the two be able the fight the bad, and how will they exactly stop the crimes is the overall plot of the story.

Will There Be Times Season 2?

As of now, Times Season 2 hasn’t been confirmed yet; the current season has a total of 12 episodes, and will it have a season 2 or to depend on the ending of the drama. If the ending is truly satisfying, the renewal of the show has fewer chances. The drama is also popularly known as Taimjeu, and the genres of the drama include thriller, crime, drama, fantasy, and political. The drama will soon go off air on 28th March 2021.

Read:   5 Similar TV Shows to The Good Place That You Need to Stream Today 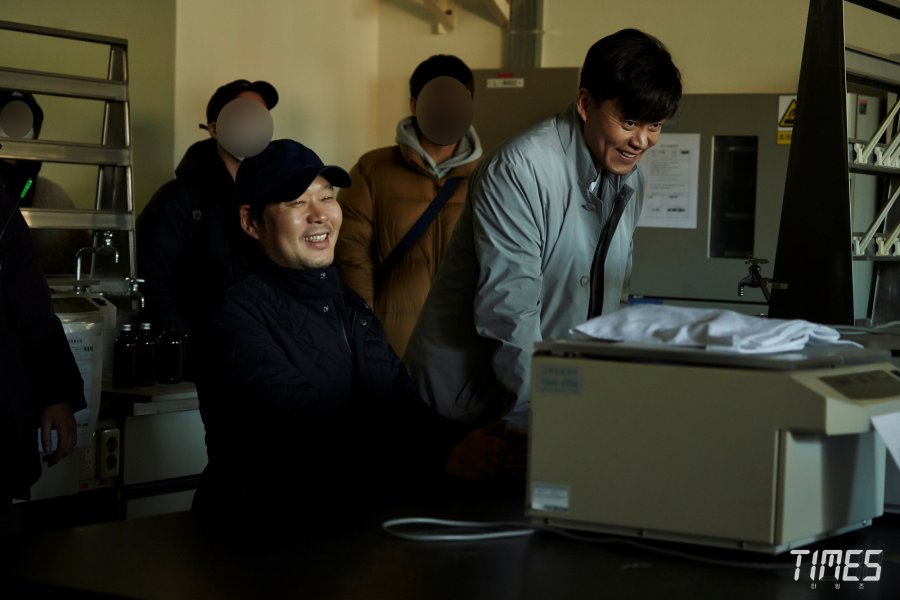 As of now, it is not renewed, if renewed, we can expect Times K-Drama Season 2 to release in Early 2022.  The production of the show will take quite a while. Taking the show’s popularity into account, it is totally possible for Times to get a second season.

Times is currently an ongoing series as of writing this post and can be watched anytime on the original network OCN. It is also streaming on the streaming site Viki with subtitles. So, if you haven’t watched the drama yet, you can anytime tune into Viki for a quick catchup.

Also Read: Everything You Need to Know About OCN’s New K-drama “ Times”