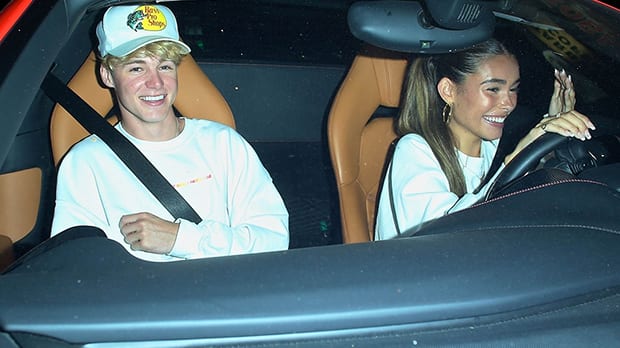 Madison Beer and Nick Austen to eat out in West Hollywood

Madison Beer is an American singer and songwriter who was born on March 5, 1999. Her career started when she started posting song covers on Youtube. She got attention on media and went viral when Justin Bieber posted a link to her song cover in 2013. Her first debut single was released in 2013 called “Melodies”. In 2018 she released singles such as “As She Pleases”, “Dead” and “Home With You”. Her first debut album was released on February 26, 2021, and it is called “Life Support”.

She has been receiving quite the media spotlight because of her success and her dating life is under the limelight. She is said to date Nick Austin. Nick Austen is an American social media and TikTok star famous for his viral dance and lip-sync Tiktok videos. Nick also had a Youtube channel but his uploads were pretty inconsistent. His Tiktok videos brought him worldwide fame and he had 9.2 million followers on Tiktok, over 591k subscribers on Youtube, and 3.6 million followers on Instagram. 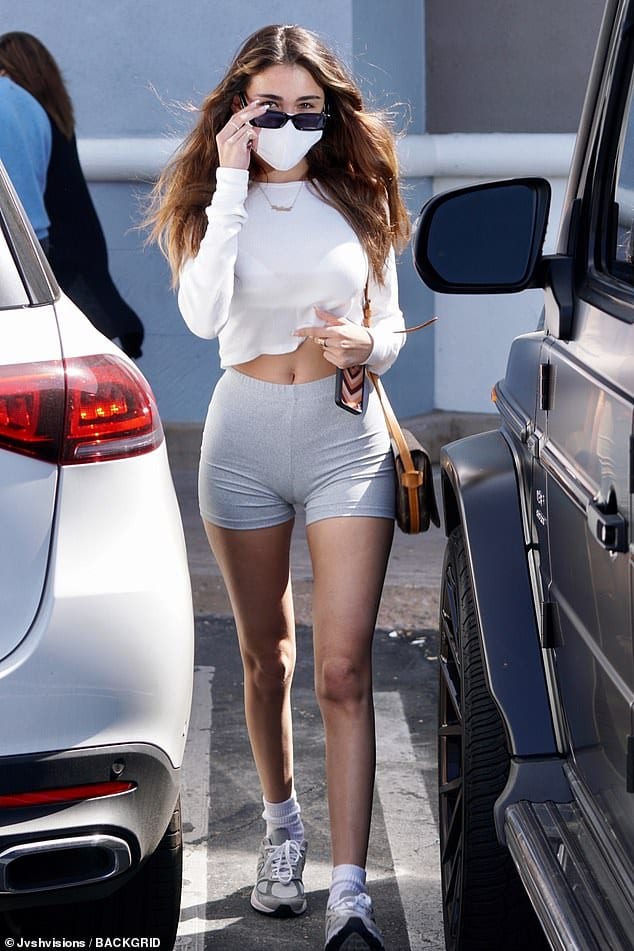 Madison dressed up in monochromes for a lunch date

Madison Beer was seen wearing grey fitted shorts and a white top going on a date with Nick Austen. She was wearing a pendant, socks with sneakers. Her outfit and makeup were minimal and she also carried a small handbag and shades. Nick was wearing a grey hoodie over his white t-shirt and loose dad jeans.  They went to date to a restaurant in West Hollywood. Madison ordered broccoli and she seemed to eat quite healthy as she also ordered a salad on the side.

The couple, Madison Beer and Nick Austen were also spotted strolling outside the restaurant beside their parked car. Both of them were wearing masks. Since then, they have been going out together frequently and mostly eating out. Nick Austen had his arm wrapped around her and they were quite cozy. 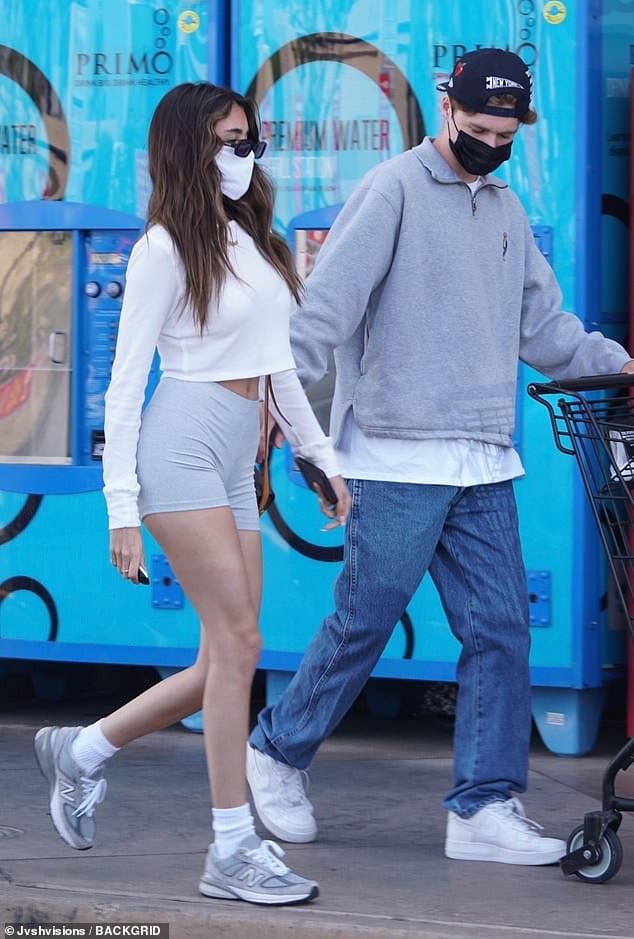 Madison and Nick strolling after parking their car

When did Madison Beer and Nick Austen start dating?

The first time Madison Beer and Nick Austen were linked was in August 2020. They went to Saddle Rauch, West Hollywood and Nick had his hand wrapped around Madison Beer. Again they were seen together on a double date to Nobu Malibu in  September 2020. The couple mostly eats out.

But they unfollowed each other and fans thought that it nothing but a rumor. Again they re-followed each other. Nick was once asked about Madison. In December 2020, they went out together during Christmas time providing more paparazzi to the media and the fans.

At the beginning of 2021, Nick Austen commented on a series of Madison’s photos. When she posted a behind-the-scenes photo releasing her music video “BOYS**T”, Nick commented on the Instagram post writing “holys**t” There were more photos on which he commented and the couple finally made their relationship official in March 2021.

When did Madison Beer and Nick Austen make their relationship public? 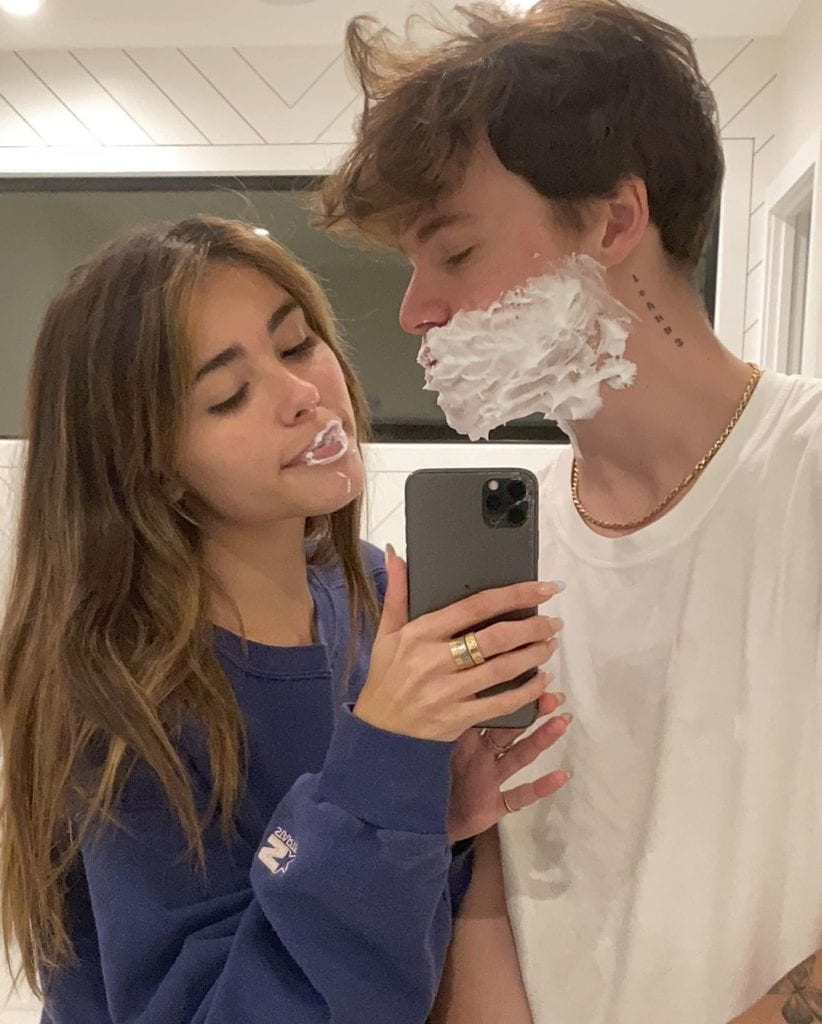 Nick made the relationship official on Instagram on March 5, 2021

On March 5, Nick posted a photo of the couple on his Instagram. The photo was meant as a birthday shoutout for Madison. In the photo, Madison is standing beside Nick Austen, and it is a mirror selfie. She is wearing an oversized crew-neck shirt and Nick is in a plain white t-shirt and he has shaving cream lathered over his face. Madison has shaving cream over her lips.

The post is an official announcement about their relationship and Nick writes that he never realized that when he got so lucky to have Madison in his life. He wished her a birthday and said that she is his best friend, soulmate, and dreamgirl. Every day feels like he is dreaming.

Madison uploaded her music video Boys-it in January 2021. She also released her first album “Life Support” in February 2012. In the music video of Boys-it, she is wearing a very feminine outfit of pastel shade and seated on a 26 pastel sofa. Many compare her vibe to Ariana Grande, but her music remains so much unique and she receives love and support from fans all over the world.

Madison has had a lot of heartbreaks earlier, she said that she could have worked on breakup songs but that would have seemed shallow. Therefore her music is unique and provides her with solace.