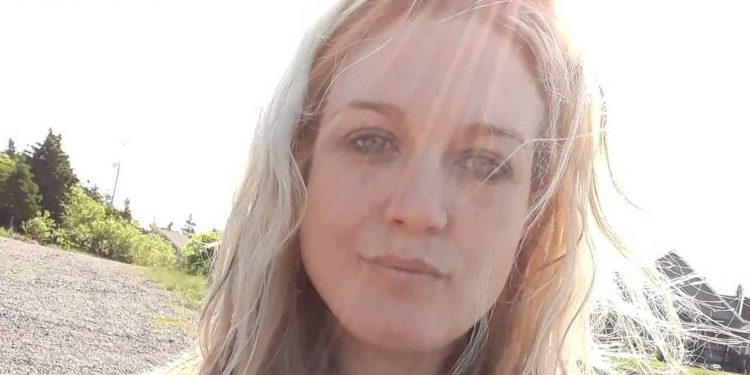 According to an online obituary, posted on the website, Wiseman’s Funeral Home, TikTok star Candice Murley, known for her singing, dancing, and cooking videos, died on January 2nd, 2021, at age 36. She died in her home in Lewin’s Cove, situated in the Canadian province of Newfoundland and Labrador. The family has chosen to keep the cause of her death private.

The news of her passing was announced on a GoFundMe campaign started by Marsha McEvoy, Candice’s sister, to cover her funeral expenses. On the page she announced the tragic news by writing, “We have received some news no one wants to hear, tonight we lost a huge part of our family, my sister Candice, this was very unexpected, and our hearts are torn apart.”  She also wrote, “Candice’s passing came as a massive shock to our family and we are not financially prepared for it.” Candice is survived by her husband Dave, her son Maxwell, her parents, two sisters, and extended family.

Candice or ‘Candi’ as she is popularly known among fans, has almost 45,000 followers on TikTok between two accounts, @candimurley and @candicemurley, where she posted dozens of videos, many of which feature her cat Stash. She has accumulated more than 450,000 likes between both accounts.

One of her most recent videos, which received a lot of attention from fans, was from New Year’s day in which she opens a beverage and gives “cheers” to her followers. Hours leading up to her passing, Candice shared 16 TikTok videos on her account, some of which include videos of her cat, Stash, and of her cooking dinner. Though the most troubling post which she shared was two days before her untimely demise. The post was of her lip-syncing along to someone who said, ” I hate it when the voices in my head go silent because then I don’t know what those f****** are up to.”

Family and Fans reaction to her death

Her sister, Marsha, paid tribute to her on the GoFundMe page by writing, “Candice was so full of life and always lived life in her own way. She was full of energy and loved to dance and listen to music.” She further wrote, “We just know she is dancing in the sky now, we all know how much she believed in heaven she is certainly there.” She also added, “We hope she is happy and free at last away from all her struggles and be her happy and carefree self forever in eternity. Perhaps the stars are not the stars, but rather openings in Heaven where the love of our lost ones pours through and shines down upon us to let us know they are happy.”

The donation campaign which originally hoped to raise 15,000 dollars ended up raising 17,000 dollars for her memorial service. Marsha later posted an update to the GoFundMe page on January 3rd, thanking all those who had donated to the campaign and saying that any excess money left over after her sister’s memorial service, including her headstone”, will be put into a trust for her son Maxwell.

Regarding her fanbase, her sister Marsha wrote, ” She had a fan base like no other, she was entertainment at her best, with her dancing and her cooking, and let’s not forget her scatter singing with her mic.” Marsha wrote to her sister’s adoring fan base, “Let’s now look back at all her videos and keep them as our keepsakes to keep us smiling while we deal with this loss, she will be missed terribly by many.”

One such fan wrote in response to one of her videos, “Rest in peace Candice. Sending my condolences to her family and friends, Newfoundland TikTok will never be the same, you’ll surely be missed.”  Followers of the 36-year-old also called out those who “bullied” her online, with one comment even saying, ” I pray the ones who knocked her down daily now rethink the way they acted towards a beautiful soul who was fighting and trying every day to save herself.”, however, this may not be related to her passing at all.

Also Read: Who is Paul Danan’s Girlfriend? Everything To Know About His Dating Life!