We have a new viral song on board and it has an unique message. 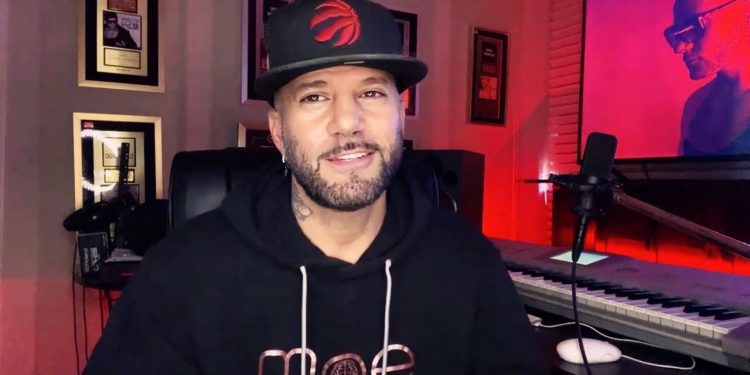 Do we have Tiktok’s new trend known as Omicron Queen? What if we tell you that we have a new song based on the Omicron virus? You heard that right! People cannot get over this new song based on the virus that is posing a brand new threat, and you will be surprised how catchy the lyrics are! While the new Omicron virus is making the whole world worry, it seems like Tiktok has managed to make a viral trend that is associated with the variant! Before we knew it, the song was a huge hit while taking social platforms by storm.

What Do We Know About Tiktok’s Omicron Queen Trend?

How did the trend come into existence in the first place? Well, it was musician Karl Wolf who released the music video on Christmas Day. The song, as the musician explains, is all about the time of crisis that the entire world is going through. The artist behind this smashing hit video is a dog lover and had a few more music releases earlier as well. However, this video surely came off as an unexpected hit as people cannot get over how catchy the song is.

Karl himself tested positive for COVID-19, as he earlier teased the already viral song on Christmas Day 2021. The musician dedicated the catchy song to those hundreds of thousands of people who were compelled to spend their holiday in quarantine. If you think the music sounds a bit familiar, it is inspired by Billy Ocean’s Caribbean Queen.

Also Read: Alabama Barker TikTok: What Is The Viral Video And The Fuss Around It About?

The Trendy Song Is Going Viral For All The Right Reasons!

The lyric made are pretty catchy as it talks about how a single rapid test could catch it and how people fear yet another possible worldwide lockdown. The song has also been described as relatable and empathetic as many are far from their family due to the sudden restrictions imposed. If you haven’t already heard the viral song yet, give it a try. The trendy Omicron song is given below.

Many even had a humorous take on the song as one pointed out how the song is catchy, just like Omicron! People absolutely love the song as Karl Wolf has got a whopping 200,000 followers on social media along with Spotify listeners on his channel. Several people have been saying how they are playing the song over and over again.

Does The Omicron Song Come With A Hidden Message?

The trendy video is a short one that spans for one-minute-and-seventeen-second. The song is going viral for all the right reasons and has already been viewed over a million times! As the musician is seen recording the viral song from his home studio. The catchy lyrics have pretty much managed to sum up the issue of getting COVID even after receiving the booster shot and vaccine. It also sheds enough light on North America’s peaking COVID cases.

The Omicron song also focuses on the state of Florida, which has recently been making headlines amidst the pandemic for its rising number of COVID cases. Not only that but now there has been no adequate way to combat the virus’s spread. Karl jokingly says that if they go into lockdown again, he might be going to Florida because playing it safe did not help him escape COVID.  Fans cannot help but listen to the song again and again and are kind of making it an anthem on TikTok.

Also Read: What is The Cheese is under the Sauce Tiktok Trend?