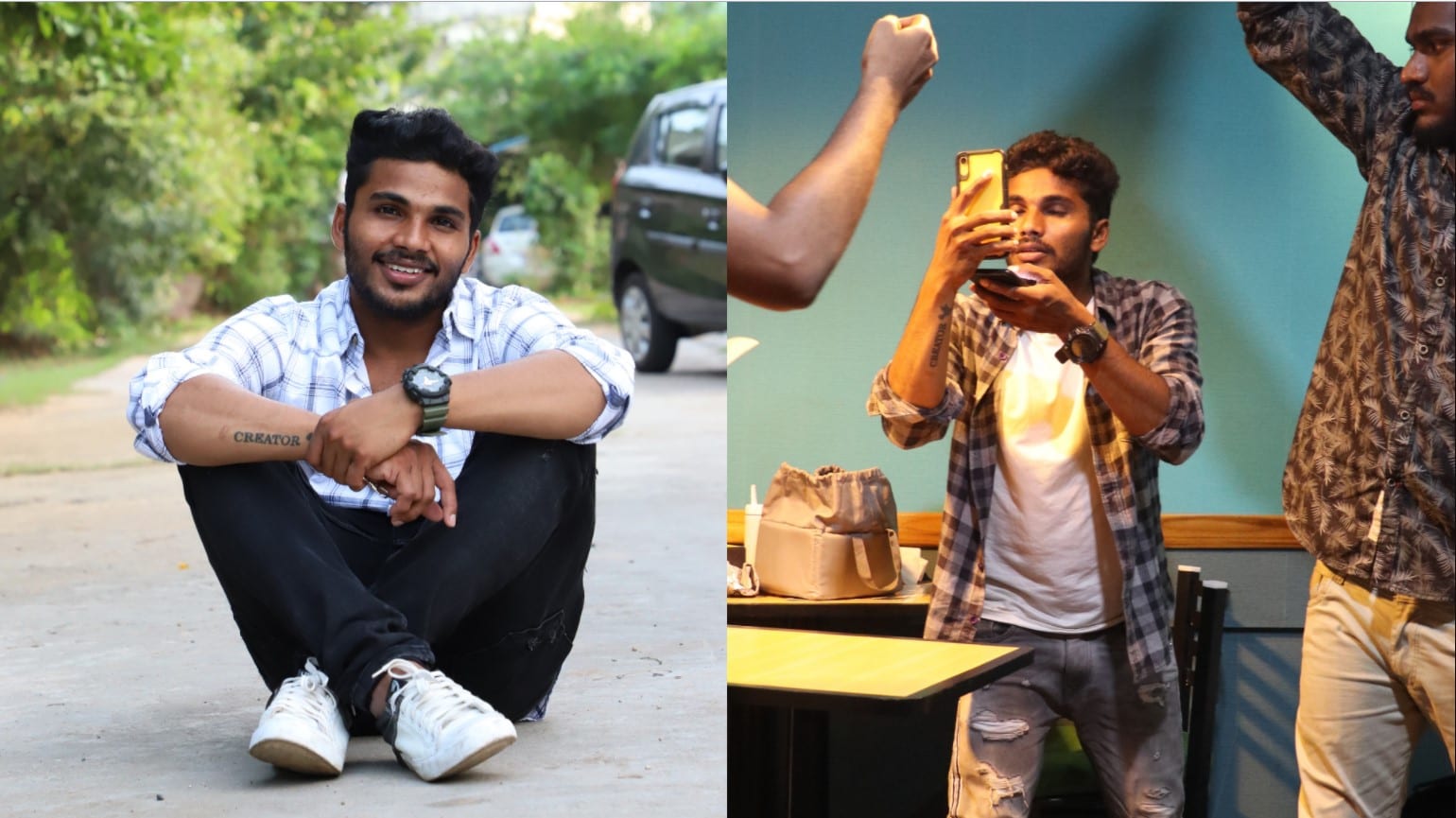 Bhargav Chippada is an Indian Tiktoker, and you might know him with his TikTok username called FunBucket Bhargav. He gradually came into the limelight after making a very simple video that gained limelight mostly from foreign countries. Chippada is just 10th pass out and has never gone to school for attending higher secondary classes. Initially, he started making videos on Dubsmash that allow its users to make videos by lip-syncing popular songs and dialogues. This took him to TikTok, and later on, he became famous, especially in foreign countries. His life was changed when TikTok organized a challenge on all Indian levels. The challenge was for all curators from India to show their creativity and content online. That is where Bhargav won the competition at the state level, which was enough to provide him sustainable popularity.

He became more famous in 2018 when he made multiple videos on April Fool jokes. These videos managed to gain 2 million views worldwide. Moreover, these videos even provided him with enough popularity. Bhargav then gradually started working with Nithyashree. The duo act as brother and sister in their videos. Bhargav is just 25 and is famous on many platforms such as lip-syncing app, photo-sharing app, and Instagram. With 6.5M+ followers on TikTok, Bhargav has 393k+ followers on Instagram.

The native of Hyderabad, Telangana, Bhargav is currently trending for something very negative. Chippada is accused of serious allegations and is even arrested recently. The allegations are very serious and may disrupt his whole career.

Social media content creator Chippada Bhargav a.k.a. “Fun Bucket Bhargav,” is having serious allegations on his head. Bhargav was recently arrested by the Disha Police station of Hyderabad. He is accused of raping a minor girl, and it has even resulted in her pregnancy. CH. Prem Kajal, who is Assistant Commissioner of Police, said in a statement that the accused is a well-known personality on social media. ACP further added that his videos constantly get viral on social media. In a further statement, ACP informed that the complaint state that Chippada, who is a native of Vizianagaram, has allegedly raped a girl who is just 14.

The serious allegations don’t even stop here. It is known that Bhargav duped her into providing more offers and bigger platforms in the future. He saw the minor on social media and even proposed to her. However, the girl rejected the proposal, and then Bhargav started threatening her. Bhargav said her that he has the videos and pictures of the girl while she was changing her clothes. He then even dared to sexually assault her in Vizag and Hyderabad.

Following the complaint by the minor’s family, Police Commissioner Manish Kumar Sinha informed Disha Police Station. After ensuring the facts, the team went to Hyderabad and arrested the rape accused, Bhargav. He is now on Judicial remand till May 3. The police have also captured Bhargav’s phone and his car. Ms. Prem Kajal has assured of speedy prosecution and has also guaranteed to fill the charge-sheet within seven days.

When did the family come to know about the incident?

The family had filed the complaint after they came to know that the girl is four months pregnant. Bhargav holds charges under section 376 for sexual assault and section 354 for criminal force on a woman. The Disha Police station ACP has warned everyone to avoid posting content on social media that might reveal the survivor’s identity.

Nithya has clarified the confusion that she is not the victim.

Nithya is just a 15-year-old girl who became super famous after making videos with Bhargav. Everyone thought that Nithya is the victim. But she cleared the rumor saying that it has been a while that she has done any shoot with him. Nithya also clarified that she is not related to the case in any way. She also requested everyone that whosoever is making videos and templates saying that Nithya is Bhargav’s victim should not do it. She also urged everyone to remove such material from social media. 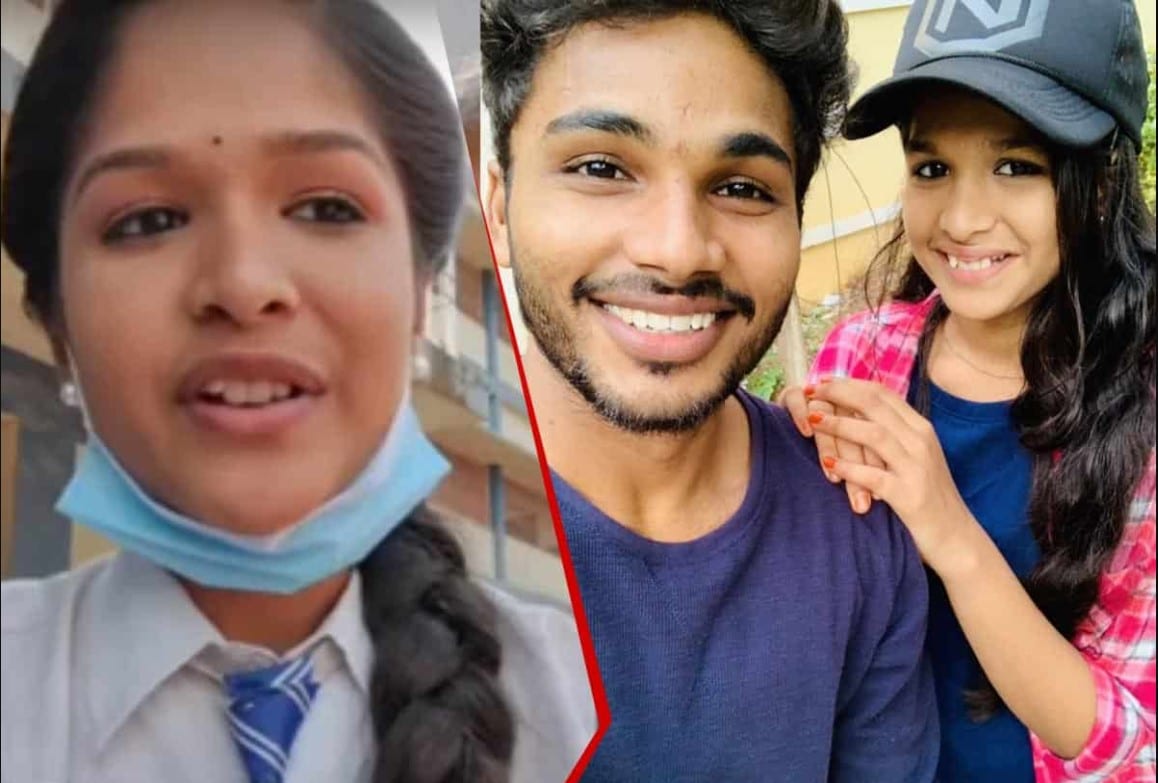 Nithya’s followers even started sending her messages saying that they are feeling bad about her. However, everything seems clear as Nithya has provided the clarification. At last, she said that she is fine and doing her shoots.

Also Read: How Do You Use The Aurora Filter on Tiktok & Where To Find It?