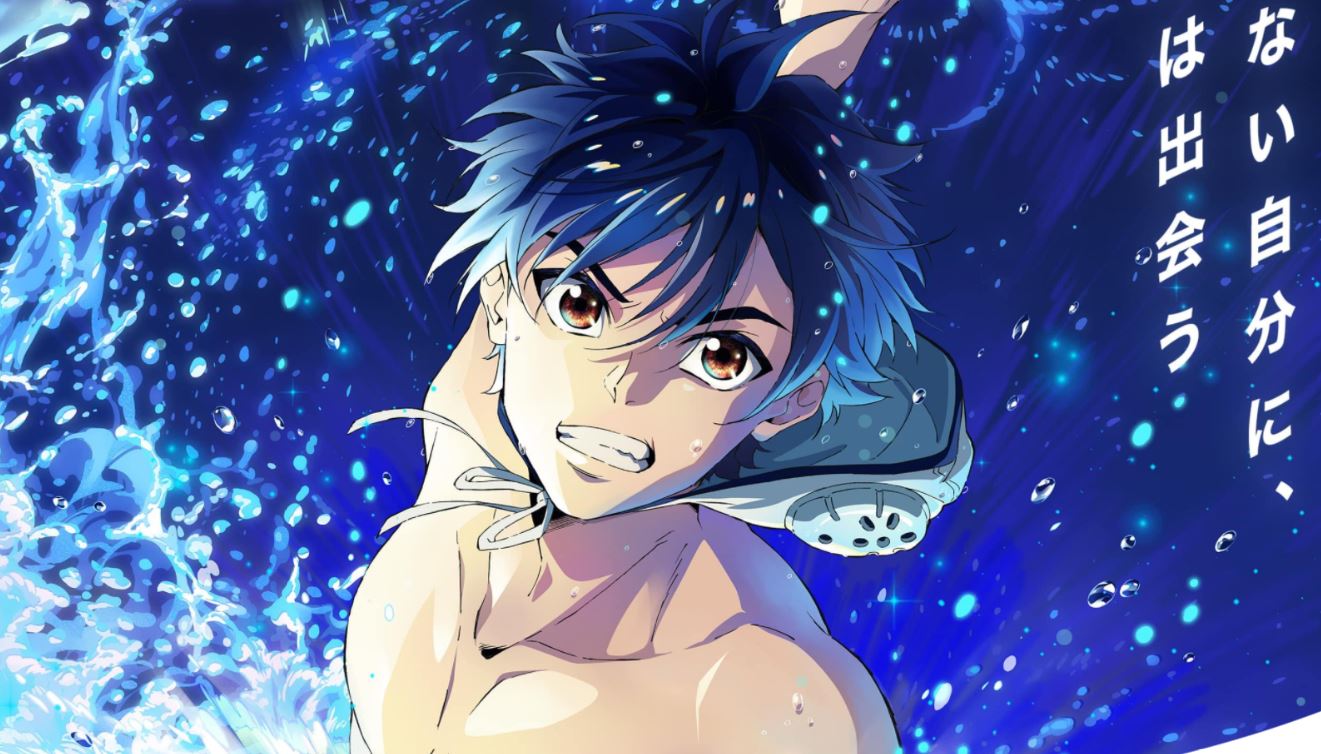 Otakus out there know how seasons in anime works, every new season, we get a plethora of new anime to watch for the next 3 to 6 months, depending on the number of episodes produced. Here, as the winter anime season is about to end, we have new anime series on the horizon. Some of the few notable ones which are bound to catch our eye are Edens Zero, My Hero Academia Season 5, Fruits Basket Season 3, etc. the list goes on. But, judging from MAPPA’s works in the past few months, there is one other anime to look-out for. MAPPA has confirmed one of their next projects to be a Sports Drama Anime by the name of RE-MAIN. This anime is to be brought up under the care of Tiger & Bunny writer, Masafumi Nishida. 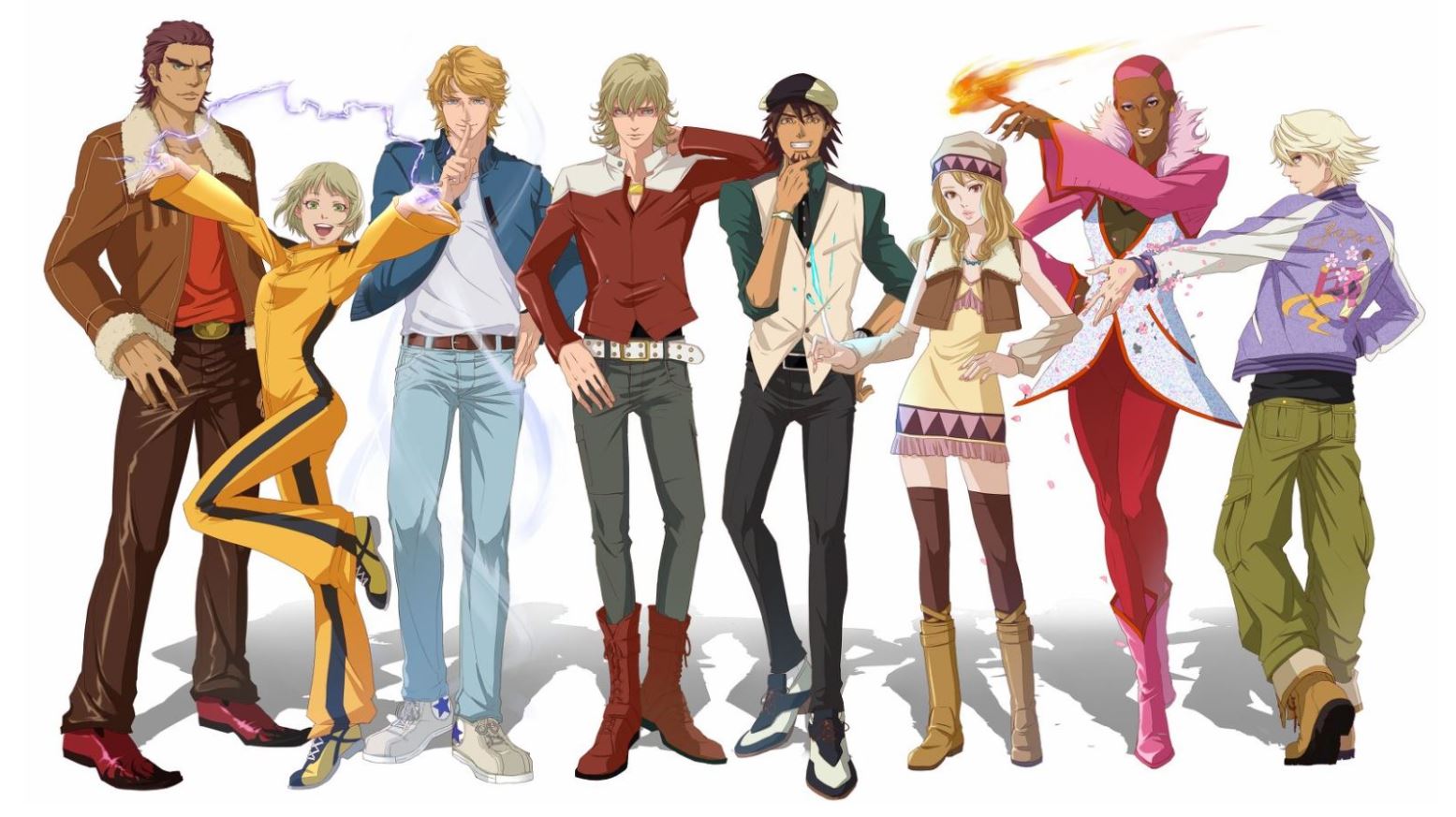 This update was made by MAPPA this weekend, where they revealed their intention to produce an original sports drama based on Water Polo. As mentioned above, the anime will be called RE-MAIN and will be headed by Masafumi Nishida. He will also act as its chief director, series script supervisor, audio director, and scriptwriter as well. In addition to this, Nishida will even be considered as the co-creator for the series. Although the Production Studio for the anime is MAPPA, it is actually being funded by BANDAI NAMCO Arts. Previously, the game company has funded several anime. Some of them being, Code Geass series, Disastrous Life of Saiki K, Sword Art Online series, and God Eater. And judging from that library of anime, RE-MAIN must also be a must-watch.

The anime will be an original story, so there isn’t much source to go about for discussing the plot. But even so, we a small plot for the anime put out by MAPPA for RE-MAIN. This sports drama will follow the story of Shimizu Minato. He was once a talented water polo player, but after a particularly traumatic incident, he stopped his training and left the sport for good. Later, when he gets into Yamanami High School, he resumes playing water polo after he is forced by several new friends. But as he does so, he must also deal with the traumas of his past in order to become the reliable player his team needs. Yamanami High School Water Polo team is a fledgling one and, on its course, runs into several problems.

When will RE-MAIN Release? 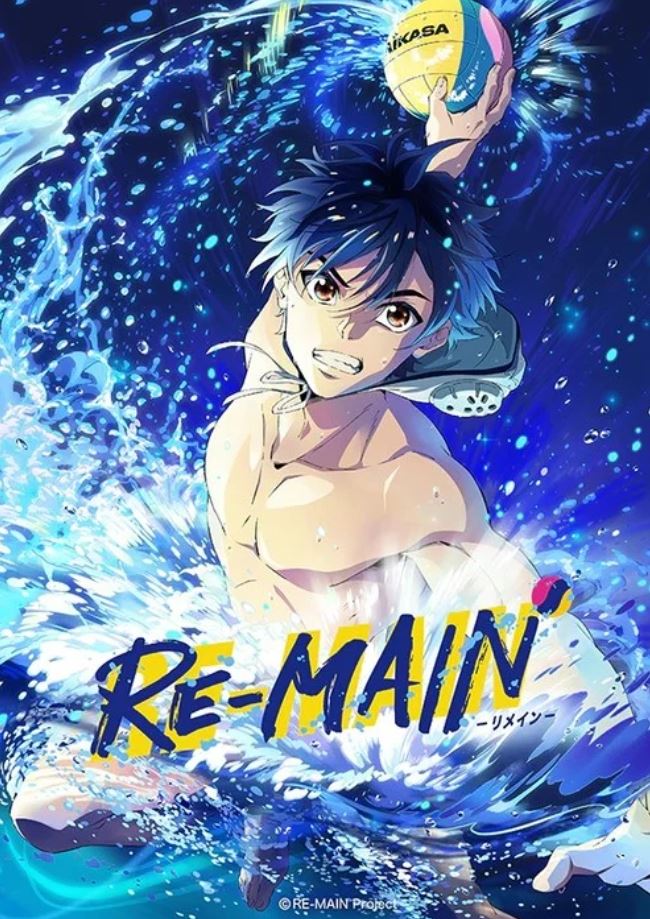 As mentioned above, BANDAI NAMCO Arts will be producing the anime, and for this, they have opened an official website for the upcoming television anime titled RE-MAIN. This website came online this Friday, 5th March 2021, and revealed the main staff, cast, plot, and a teaser visual. At this point, there is no official announcement on when RE-MAIN will premiere. But, it has been listed for 2021, so judging that the website was created only now, the anime might be set for a fall debut. 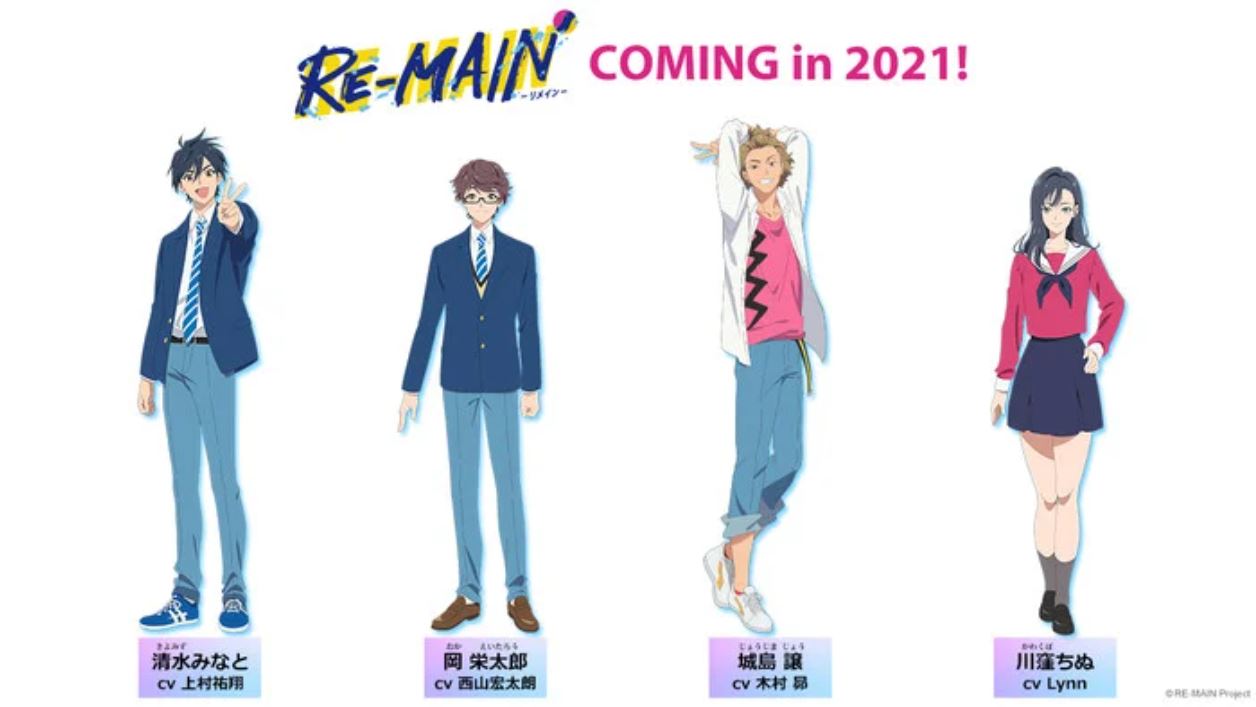 This anime will be directed by Kiyoshi Matsuda at MAPPA under the supervision of Masafumi Nishida. He was previously the director for Kuma Miko: Girl Meets Bear and Kakegurui Season 2. Aori Fujima will be designing the original character concepts, while Banana Fish and Never Fly: The Clouds Gather Animation Director, Shiho Tanaka, will be adapting those character concepts into animations. And the music is to be composed by Kana Utatane, who previously worked in the production of Yama no Susume: Third Season opening theme arrangement.