Thor is an Avenger and one of the favorite Marvel superheroes of all time is created by Stan Lee. The character has been able to catch the attention of the audience because of its strong character narration. The opening story scene shows two years later in time after the events that took place in the previous movie Thor: Age of Ultron. Thor, played by Chris Hemsworth, was imprisoned as he failed to track the Infinity stones. He is brought in front of the fire demon Surtur, who also reveals to him that Thor’s father is no more on Asgard. 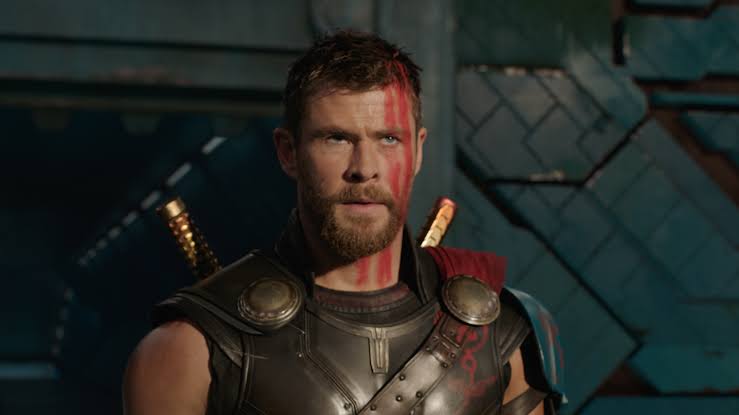 As he proceeds to Asgard’s throne and settles there when Thor defeats Surtur as takes back his crown because he wanted to prevent Ragnarok (the complete destruction of Asgard). Thor returns to Asgard and finds out a large statue of his estranged brother, Loki taking Odin’s place.

Thor understands everything searches and asks for Odin’s whereabouts to Loki. He denies saying anything and later got to know that Loki put him under a spell, and kept him estranged in New York City.

Thor decides to go in search of Odin, and Doctor Strange played by Benedict Cumberbatch, who is a mystic guardian agrees to help Thor on finding him. They find Odin, who was dying, he says that Ragnarok is forthcoming and reveals that after his passing his first child, Hela, who is the leader of Asgard armies will be freed from the prison. Hella also destroys Thor’s weapon. 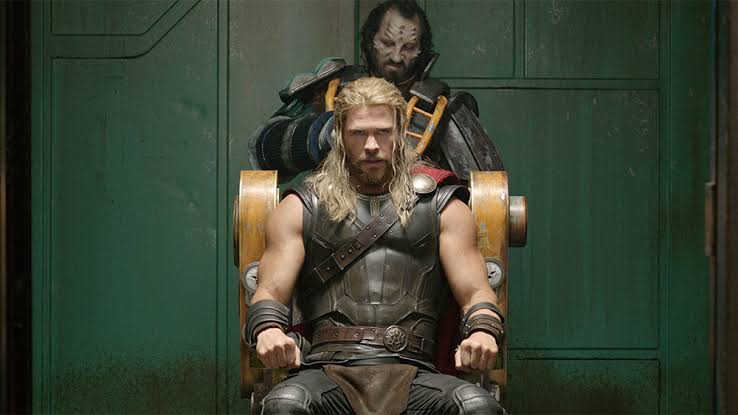 Thor approaches The Incredible Hulk, played by Mark Ruffalo, who is also his old friend, to help him prevent Ragnarok. Hulk when calmed down, turns to his own self, Bruce Banner. After Hulk gets calmed down he tells Thor about Valkyrie being the only survivor, against a war with Hela. Though she refuses to help Thor initially but finally agrees.

They fight a war where Thor and 142, fight with Hela and her warriors. Hela comes out as a very powerful villain and is almost impossible to defeat her. Hulk defeats Fenris and Loki and his warriors save the citizens of Asgard. Thor lost his right eye while fighting with Hela and realizes that only Ragnarok can stop her. So, he asks Loki to revive Surtur’s crown, who gets reborn and defeats Hela.

The movie ends with Thor, being the king of Asgard, and has reconciled with Loki who takes his people to Earth. 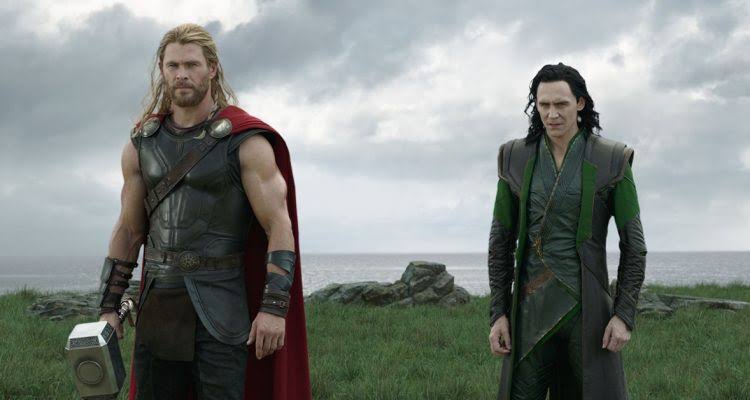 Chris Hemsworth played the character Thor, who is a superhero and the crown prince of Asgard. Thor: Ragnarok brings a bit of change to the character Thor, who was a bit boring and serious in previous sequels and brings a new side to it as Thor is shown as a goofy and fun character who cracks jokes. This movie sequence also brings a stronger Thor, here is emotionally disturbed by the death of his father, his powerful hammer gets destroyed yet he fights to save Asgard proves why he is a hero. Chris Hemsworth experimented with the new side of Thor and was successful and got praises.

Hulk played by Mark Ruffalo also has a funny side in this story. He is given a bigger role than in the previous films. Hulk already has a big fanbase in Marvel Universe because of his powers, big body, and muscles. And the relation between Thor and Hulk is one of the sweetest relations in this movie, as they joke around and also fight with each other. 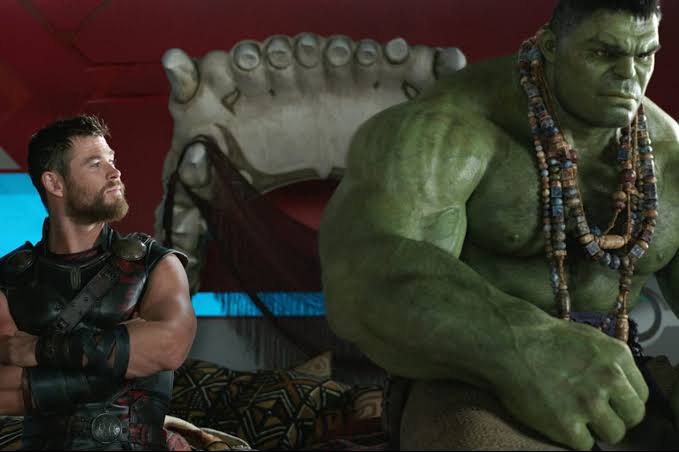 Hela, played by Cate Blanchett is a very powerful villain, infact in some scenes, she had more power than Thor, her brother. She prepares herself as a strong woman fantasy villain and one of the best characters in the movie. Cate did solid acting in this movie. When she broke Thor’s hammer, it shocked Thor and other characters and instilled a fear in them about her and the character has created a separate fanbase. 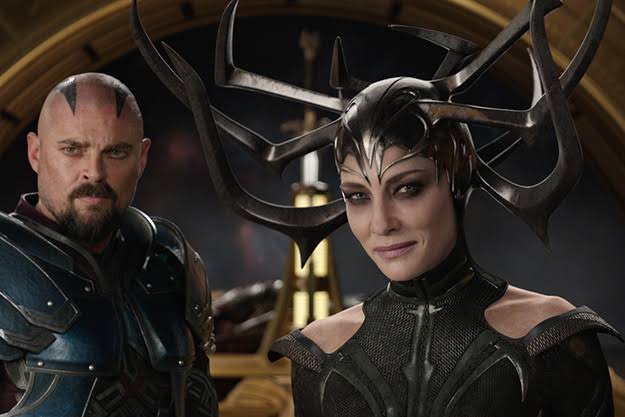 Valkyrie played by Tessa Thompson, is a powerful fighter, and has a dark and complicated past. But, she also has a funny side and drinking habits. Loki played by Tom Hiddleston also had a few comic dialogues and he portrayed the character really well. Loki though has a changing personality, also has a mature side and his character development was great.. Doctor Strange being a great addition to the movie.

Every character got their own time to shine, and every character seemed well detailed and perfectly cast. The cast, character narration, and their performances are a big thumbs up in this movie.

Direction and Production of Thor: Ragnarok

The film is directed by Taki Waititi and produced by Kevin Feige, along with production company Marvel Studios. The cinematography is one of the attractions of Marvel movies, Thor: Ragnarok didn’t disappoint too. The cinematographic director is Javier Aguirresarobe and Mark Mothersbaugh is the sound director.

The director, Waititi also plays a small role as Korg, who is Rock- monster and has a comic side.

This film is probably the best in the Thor trilogy, though it is a bit different from its previous sequels. Comedy is used in a powerful way in this movie. The movie has a lot of jokes, including Thor and Hulk’s friendship, Valkyrie’s joking dialogues and it brings a different vibe to the serious atmosphere. The scenes were perfectly done and had the right timing. No scenes seemed to be rushed or slowed down.

The cinematography and visual effects were top-notch. There were a lot of action scenes, which were intense and well complimented by the sound effects. The immigrant song scene was undoubtedly the best scene. The first fight scene between Thor and Surtur was entertaining to watch. And the fighting scene between Thor and Hulk was hilarious and the way others reacted to it made it more fun than it already was. The most intense fight was between Thor and Hela, which totally kept pace with the climax of the movie. Hela’s death was also one of the best parts. 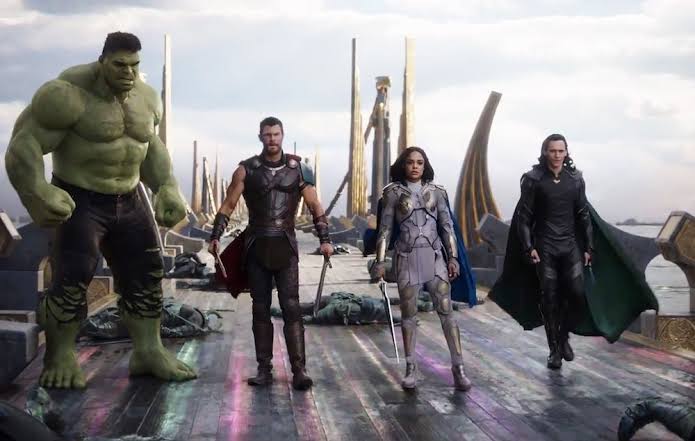 Every aspect of this film evolved as better, and a lot of character development can be seen. The moment when Thor realized that he is still equally strong with or without his weapon, and he fought without it against Hela and her army, who were really strong. Though, he was supported by his other friends.

The Thor and Marvel fans are really satisfied with the movie, as it touched every corner of the needs in an action, sci-fi movie. It was already a hyped-up movie and met the high expectations of their fans. The film is adventurous and fun to watch.

The action scenes and the comic scenes were balanced nicely and never lets the audience get bored or disappointed. Every character was given the freedom to express themselves, and infact every character connected with the audience, and they felt it was highly praised. Waititi did a great job, and his character also got a lot of attention because of its witty nature. Every character added up equally to the plot and blended with each other. The screenwriters deserve a lot of appreciation because of their brilliant job.

The film was a fun watch and has won the hearts of both audience and the critics equally. Thor: Ragnarok received 5 major nominations, and received one award out of them. And also won the Golden Schmoes Awards. It was listed as one of the best movies in 2017. My ratings for the movie Thor: Ragnarok is 4.4 out of 5.