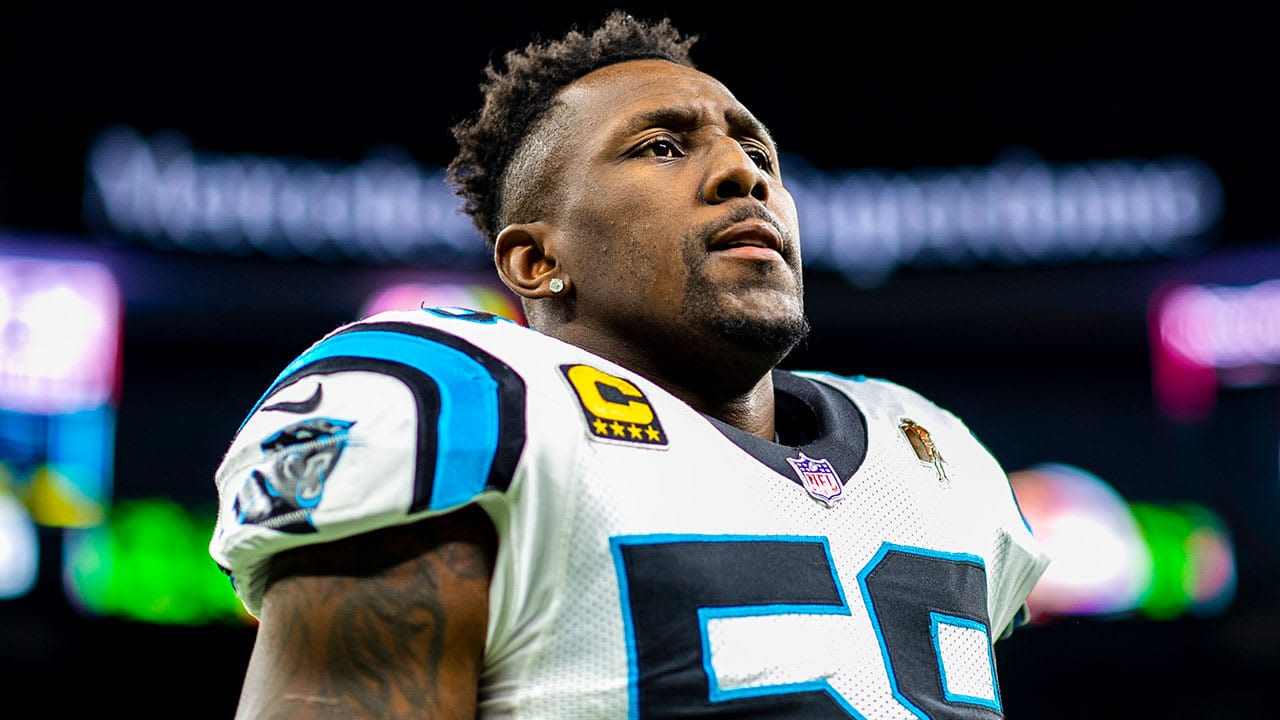 The Carolina Panthers legend Thomas Davis Sr. announced his retirement on March 11, 2021. He marked an NFL career of 16 years. The majority of his career, spanning 14 years, was credited with Carolina Panthers. Thomas spent the last two years with Los Angeles Chargers and Washington. Earlier, he announced his retirement plans in December 2020 following the next season. Washington released him on March 3, 2021. But he decided to pay homage to the Panthers and signed for a one-day contract. Thomas appeared with his former teammate Greg Olsen on March 11, 2021, to officially announce their retirement. He donned the team colors for the last time over a blazer that contained his signature Davis Sr. 58. He delivered a heartwarming speech, thankful for all the support he received through the years.

Davis got involved in a theft case last Tuesday on June 8, 2021. The sheriff’s office responded around 5 am to a larceny call. Davis’ neighbors had contacted them about his wrecked car. The two miscreants were captured in the surveillance camera. They tried to steal his McLaren 720S. Cops suspected that the car crashed into Davis’ gateway while attempting to steal it. With the help of surveillance records, police captured the two thieves. Both of them turned out to be minors, aged 15 and 17 years old. They are now held at a juvenile detention facility while their identities are being confirmed.

You can watch his retirement video here. 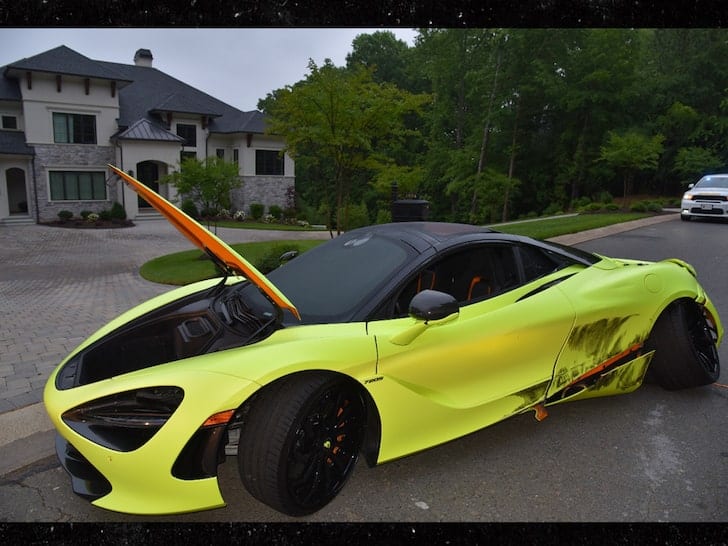 Thomas Antonio Davis Sr. was born on March 22, 1983. He was a resident of Georgia and attended the Randolph-Clay High School. In his high school years, Davis emerged as a star athlete in the Georgia region. Also, he excelled in four sports which included football, basketball, baseball, and track. Thomas played in many positions throughout his high school football career. He received a Class AA All-State honorary mention by Atlanta Journal-Constitution and GSWA. Davis also leads the region with 108 points. Although his highly successful high school career, the low popularity of his school held him back during recruiting. He got a scholarship to a Division I college and joined the Georgia Bulldogs. He married Kelly Davis on March 22, 2008. The couple has four children together. It was on the urging of his son Thomas Jr. That Davis added “Sr.” to his jersey. 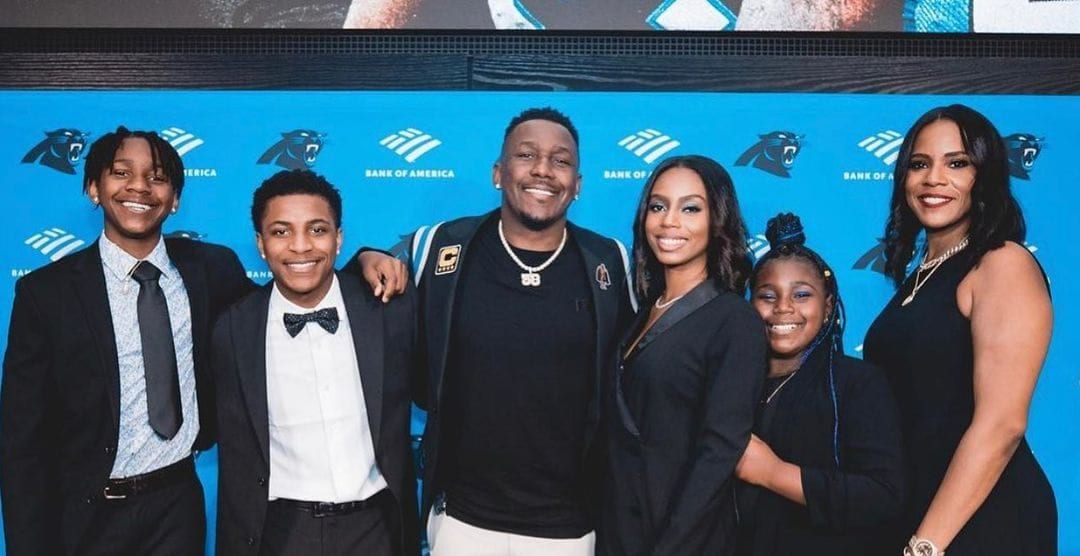 Over his college career which spanned from 2002-2004, Davis earned much reputation. He earned a second-team All-Southeastern Conference honor during his sophomore year in 2003. Davis got recognition as a first-team All-SEC and first-team All-American in 2004. In a total of 39 games, he scored a record 272 tackles. He decided to enter the 2005 NFL Draft as an underclassman. Davis was highly praised for his versatility in playing safety or linebacker. He also attended the NFL Scouting Combine and ranked as a top safety prospect. Carolina Panthers selected him in the first round and 14th overall. Davis signed a five-year contract of $10.60 million with $7.97 million guaranteed. With incentives and bonuses included, the amount totaled $13.20 million. He joined the training camp as a safety but also trained for a linebacker position.

Also read: Merkules Net Worth: How Rich Is This Canadian Rapper?

During the training camp, Davis was moved to the linebacker position following the injury of Brandon Short. But he was soon brought back as a strong safety. He debuted in the 2005 season opener of the Carolina Panthers, which ended with a 23-20 loss. Davis improved his performance starting Week 2. The Panthers defeated Atlanta Falcons after four years with Davis as a linebacker. The season concluded with the Panthers 2nd in NFC South and entering the playoffs. However, they were defeated in the playoffs. 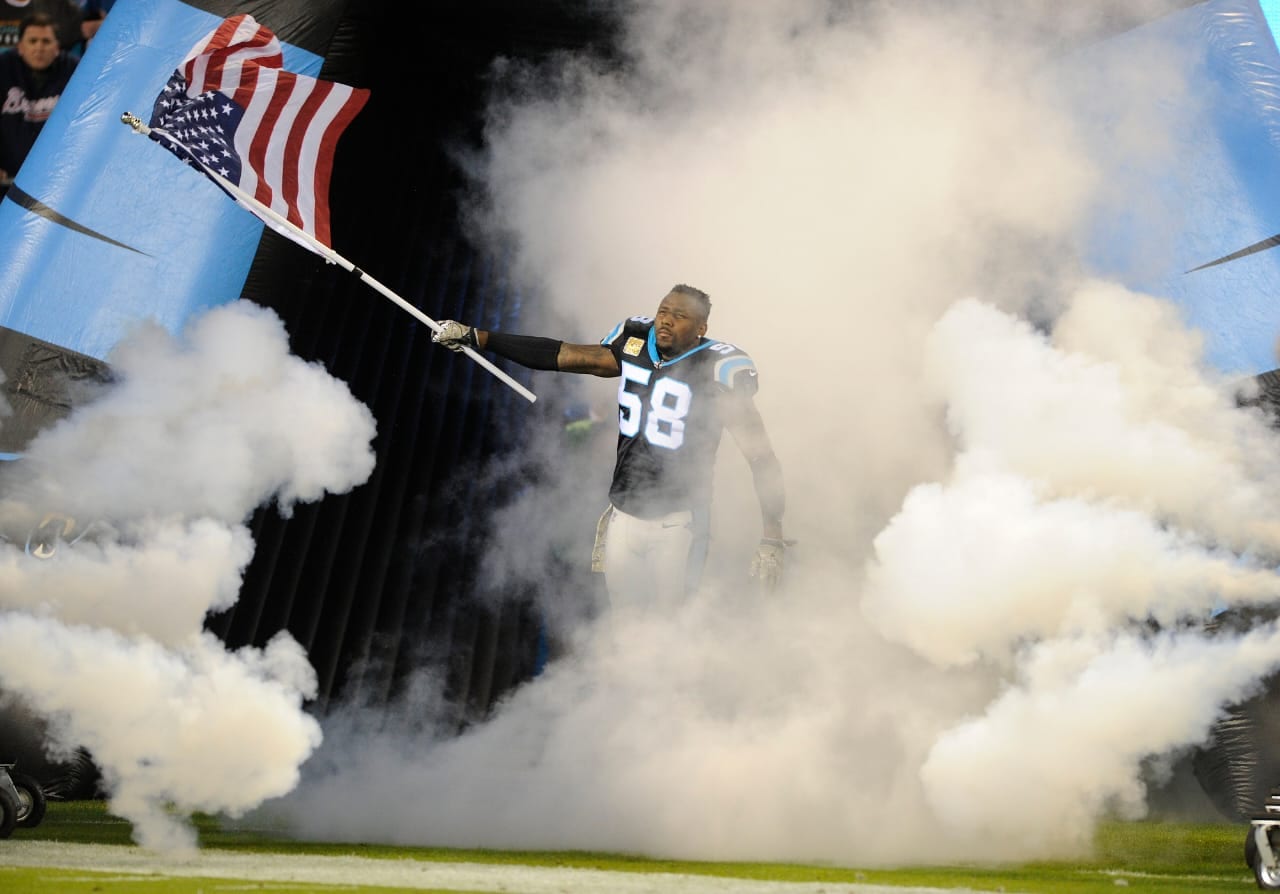 Throughout his career, Davis recorded season-high tackles and led the team to many wins. Davis signed an extension contract in 2011 which offered $36.50 million contracts. This contract also provided him with a bonus of $7 million and an additional $8 million for the 2012 season. He holds the credit to continue his career despite three ACL injuries. Davis signed a one-year contract in 2017 and declared the next season as his final. He was suspended from season opener matches for using performance-enhancing drugs. Thomas left Carolina Panthers after the 2018 season. He continued for short stints at Los Angeles Chargers and Washington till 2020. 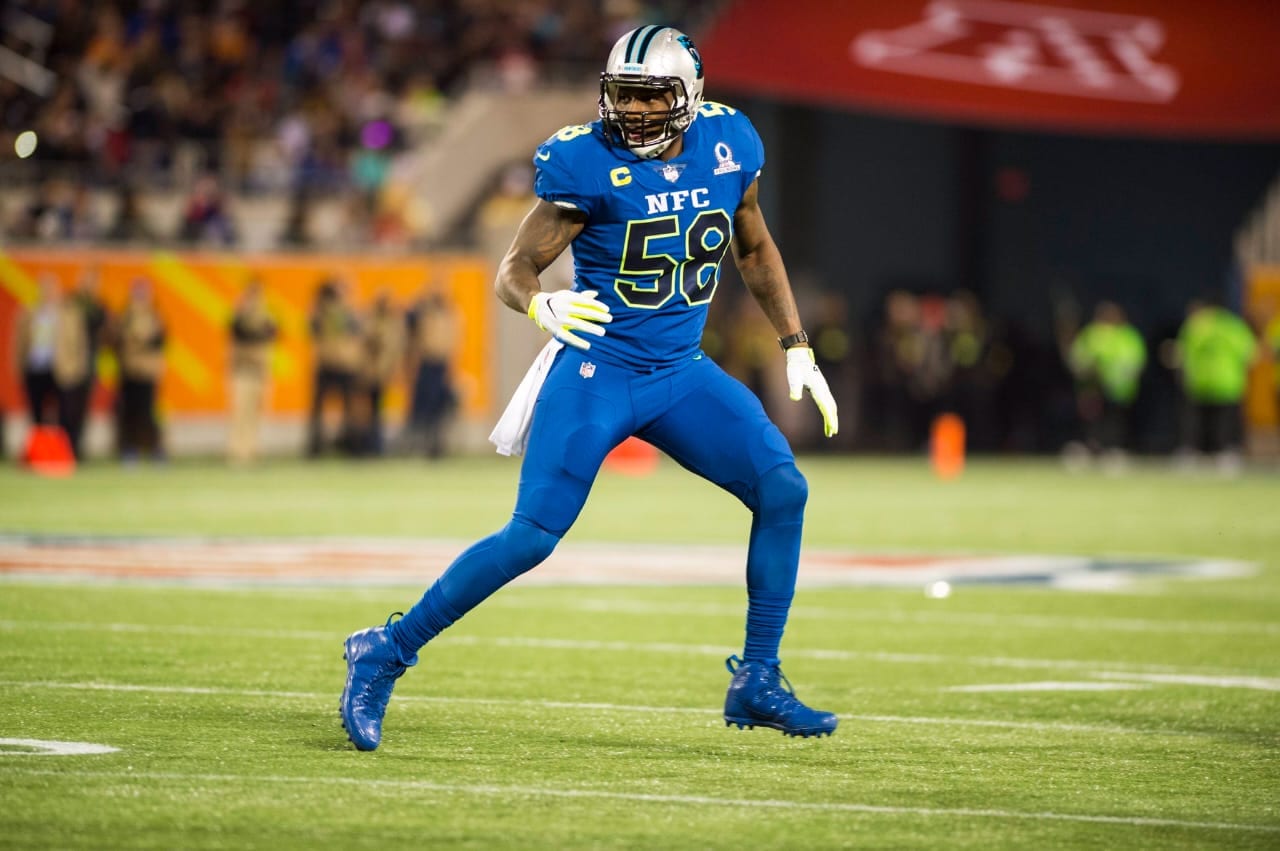 Davis received the Walter Payton Man of the Year in 2014 and the Bart Starr Award in 2016. He is considered the strongest linebacker in NFL history. Throughout his career, he earned approximately $73 million. As of 2021, Davis’ net worth amounts to nearly $6 million.

Also read: Timothy Sykes Net Worth: How Rich is The Renowned Trader?