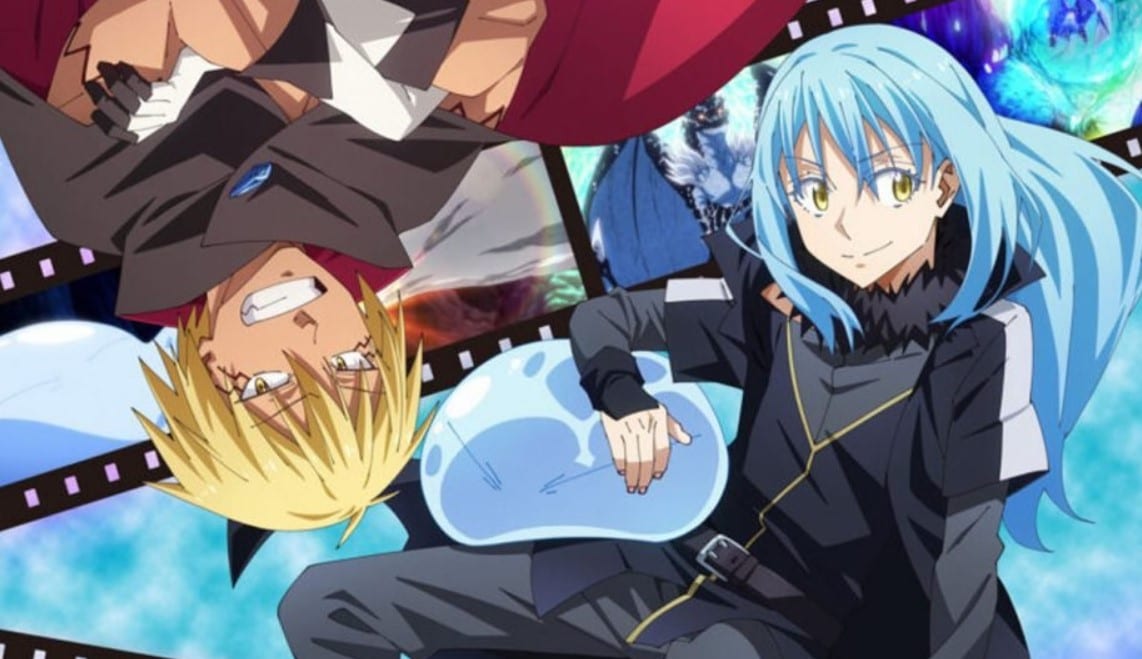 Summer 2021 anime season has finally reached the screens, with the earliest shows having already broadcasted their season premiere. So we should look at what to expect this week as the new anime weekly schedule starts. We will only have a few shows that will run throughout the season as they are long-running shows.

Then we will also have remainders from the previous season, which will end together with the new season in September. We have some interesting shows to look forward to, and these will take various slots throughout the week. The early days of the week are not as packed, but the schedule gets busier later in the week.

And as usual, the weekend is heavily packed with lots of shows airing on Saturdays and Sundays. Fans were looking forward to lots of shows that will be making their debut this season. The Summer’s most anticipated anime includes shows like That Time I Got Reincarnated as a Slime 2nd cour that will continue where the first 12 episodes left off in a few days.

Then the rest of the shows will be newcomers like Miss Kobayashi’s Dragon Maid S, Drug Store in Another World, and many more. Let’s take a look at the day by day broadcast schedule for the anime this week:

This Week In Anime:

We will look at daily releases for this weekday by day. The upcoming anime will release every week on the same day. So let’s start by looking at Monday releases making the way through to Sunday again. 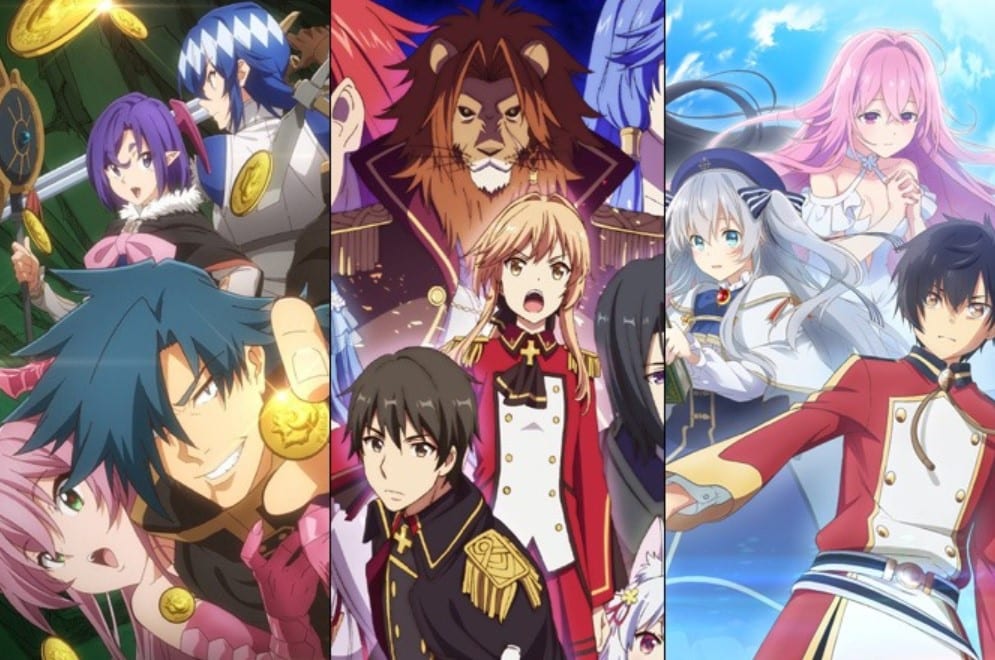 This week will see the anime’s debut, and Seirei Gensouki: Spirit Chronicles episode 1 will release. But afterward, we will be getting a new episode every Monday at the same time for The rest of the season.

Starting a week later into the season, Battle Game in 5 Seconds episode 1 will release next week but will air new episodes on Mondays for the rest of the season.

As a leftover from the previous season, To Your Eternity Episode, 13 will be delayed to next week but will be broadcasting the rest of its episode on the Monday slot. The anime will have a total of 20 episodes, so before it continues to its 13th episode, it will take a break for this week.

Kingdom Season 3 on a Break

Scheduled to run for 12 episodes, TSUKIMICHI – Moonlit Fantasy episode 1 will start with the anime schedule this week. Then after that, we will enjoy a new episode every week.

Drug Store in Another World

New episodes will broadcast every Wednesday with Drug Store in Another World episode 1 starting this week. The anime will be a newcomer for the season as well, but so far, it is not yet revealed how many episodes it will be running for. More details on the anime to be likely released later in the season.

This week will see TSUKIPRO THE ANIMATION 2 episode 1 broadcast as the anime makes its debut for the season. The anime producers have not yet revealed the number of episodes this anime will run for as well. But we will be getting a new episode every Wednesday in the meantime.

This will be one of the shows to start the season later on. Broadcasting Mother of Goddess Dormitory episode 1 next week, this anime will continue with the same slot and releases new episodes on Wednesday. At this point, the total number of episodes for the first season is yet to be communicated.

This week will see Scarlet Nexus Episode 2 released on Thursday. The anime made its debut last week and will run on Thursdays, with only 24 episodes scheduled to broadcast for the season.

Another early show for the season, Peach Boy Riverside episode 2, will continue with the anime for the season. This will run until the end of the season, with only 12 episodes planned for summer 2021.

Higurashi’s new season will continue this week and will see Higurashi: When They Cry SOTSU episode 3 release. The series is based on a novel of the same name and will run for only 15 episodes that will have it end in the early fall 2021 season.

Shaman king will be running for some time, with 52 episodes scheduled for broadcast. The anime will make it to 2022 with the rest of long-running anime like Boruto and One Piece. Shamman King 2021 Episode 15 will be next for the week, and we will get a new episode on Thursdays.

For the slice of life anime this season, we will have The Aquatope on White Sand episode on broadcast this week. The anime will probably run for 12 episodes, but so far, the official confirmation about the total episode for this season hasn’t happened yet.

This week we will get SD Gundam World Heroes episode 14. This web-based anime will run for some time as no official episodes have been released for the season so far. The debut was last season, and as of late, we are still getting new episodes each week.

Sonny boy will debut next week and continue with new episodes for the season. It is currently scheduled for 12 episodes, so next week, we will have the season premiere with the rest of the episodes to follow every week.

As one of the early shows of the season, My Next Life as a Villainess all Roads Lead to Doom X episode 2 will release this Friday. This is the second season of the anime and will continue with the events from the first season that broadcasted earlier this year.

The debut of this anime made headlines, and fans are eagerly waiting for the next episode. The Case Study of Vanitas episode 2 will release this Friday.

Returning for the second week once again, Girlfriend Girlfriend episode 2 is scheduled for this week’s broadcast as the anime continues. The first season will run for 12 episodes.

Returning for its second season, Im Standing on Million Lives Season 2 Episode 1 will mark the debut of the anime’s second season this week. The anime is among a few of th shows that debuted this year and are returning for their second one in the same year.

We will be having another anime based on dungeon for this season once again. The Dungeon of Black Company episode 1 will mark the series debut this season with only 12 episodes planned.

Blue Reflection Ray episode 13 releases this week as the anime continues with the remainder of its episodes from the previous season. The anime made its debut last season and will run for 24 episodes to take it towards the end of this season.

We will not get an episode of Pokemon 2019 this week as the anime goes on a break. To get more updates on why there won’t be a Pokemon episode this week, take a look at this post: Pokemon 2019 Episdoe 73 delayed.

This weekend will have “How a Realist Hero Rebuilt the Kingdom episode 2” released. The anime made its debut last weekend and will continue with other shows scheduled for 13 episodes for this season.

The Honor at Magic High

The Honor at Magic High Scholl will continue over the weekend and will see the release of its second episode of the season. The series premiere was last week with the first episode of this season, and we will see the broadcast of new episodes on Saturdays.

This week will see the continuation of Remake our life as the anime builds up to the release of its second episode. Remake Our Life episode 2 will release in a few days and continue with the anime storyline. The season is slated for 12 episodes that will run throughout the summer 2021 anime season.

The first episode will air over the weekend, and we will have D_Cide Traumerei the Animation episode 1 released. This will be one of the new anime for the season based on the novel adaptation of the same name.

Tokyo revengers made its debut last season and are slated for 24 episodes. Tokyo Revengers episode 14 will continue with the story over the weekend as the anime continues with its weekly releases.

Edens Zero episode 14 releases on the weekend, with the originally planned episodes 25 episodes continuing. The anime will ruin until the end of the summer season, concluding its first season.

Kageki Shoujo will join other weekend animes, and we will be receiving Kageki Shoujo episode 2 this weekend. The anime is also based on the manga of the same name and will run for 13 episodes this season.

Dragon quest has been going for a while and will soon release Dragon Quest Episode 39. It looks like the anime has joined other long-running shows and will be continuing with its weekend episode releases.

The detective is already dead offers a new look, not the anime, and last week, a one-hour special episode was released. Next will be The Detective is Already Dead episode 2, and it will be a normal 24 minutes episode. The anime will be running for 12 episodes for its first season.

Getter Robo Arc will release a new episode this Sunday as well. Tha anime made its debut last weekend and will run for 22 episodes this season.

It has been a while since the debut of Digimon Adventure. Tha anime is scheduled for 66 episodes, so it is amongst the anime that will be running for some time. Digimon Adventure episdoe 56 will be released on the weekend as the anime moves on with its weekend schedule.

One Piece Anime has just begun with its Wano raid, and soon, we will get to see the flying six appear in one place for the first time in the anime. One Piece Episode 982 releases on the weekend with lots of action expected.

Boruto gets into lots of action as Kawaki’s arc has already begun. Boruto Naruto Next Generations Episode 207 will continue with the new Team 7’s fight with Boro, who seems to be immortal at this point. All episodes are also available for streaming on Crunchyroll and Funimation with English subtitles.

It looks like this season’s schedule is almost filled with only a few shows left, and they will be making their debut later towards the end of the season. This season is not as packed as the previous one was. But instead, it has some interesting shows that we should all be looking forward to.

I Think You Should Leave With Tim Robinson Season 2: Everything To Know

Why Did Vanessa Hudgens And Austin Butler Break Up? All About The Ex-Couple