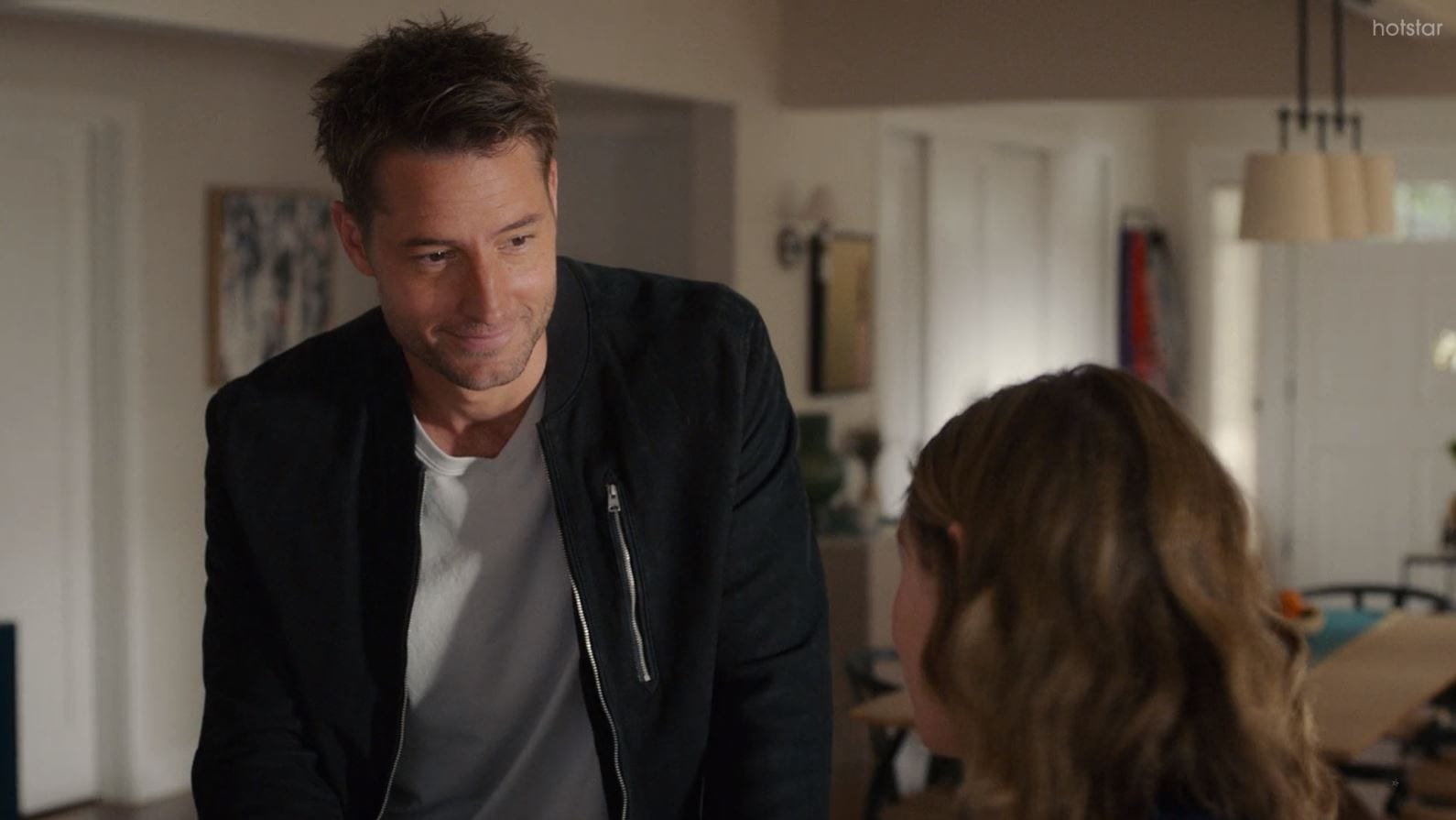 Kevin speaking to Madison before he leaves for work - credit Hotstar

‘This Is Us’ is a romantic family TV Drama that follows the lives of two parents as their children have started to form their own families. The show takes us through different time frames to depict their stories. Recently we saw, Kevin and Randall discuss the various Racial Insensitivities around the world. We even see a glimpse into their past where Jack took the boys to a live taping of Mister Rogers’ Neighborhood. This happened when the family lived back in Pittsburgh. We get an additional flashback where Kevin was a struggling actor. And during this, he goes to Los Angeles to visit Randall in college. Now that the next episode is right around the corner, this article will discuss ‘This Is Us’ Season 5 Episode 15 Recap.

In the episode from the past week, we saw multiple family problems. Beth was about to again lose her opportunity to keep dancing. The pandemic was threatening her business and there was barely anything she could do to stop it. Meanwhile, Toby who had been unemployed for quite some time was very worried. He refuses to talk to Kate about it but is advised to do so. Elsewhere, as Kevin and Madison’s wedding was inching closer, Kevin starts to worry. He must identify his thoughts and feelings and be stern about his decisions.

The fifth season of ‘This is Us’ is set for 16 episodes, meaning that this will be the penultimate episode of the season. The good news is that, unlike previous episodes, there won’t be a break after this episode. We will get to witness the Season Finale the following itself, that is, as per the usual release pattern.

This Is Us Season 5 Episode 15 Recap 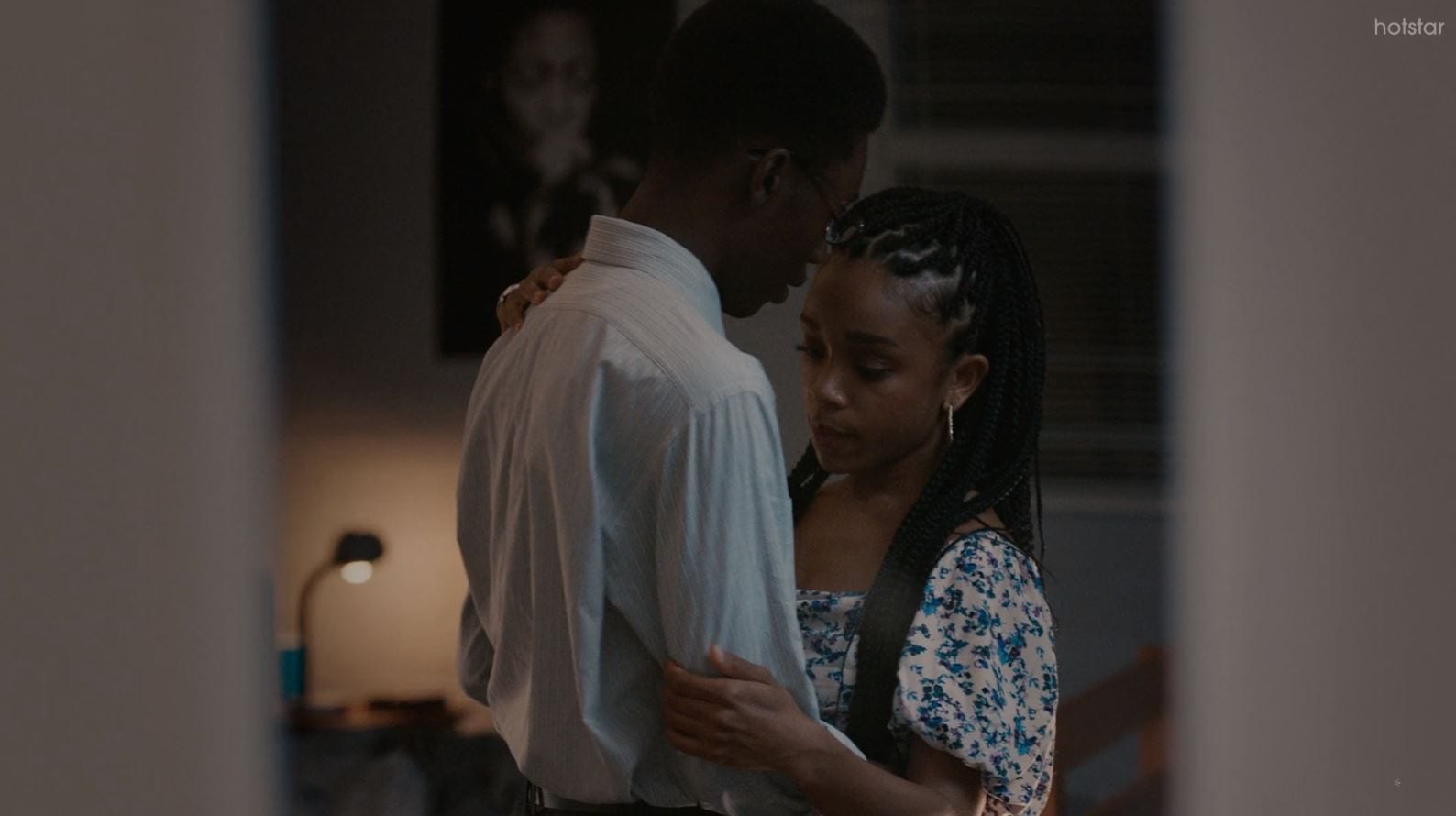 This Is Us Season 5 Episode 14 titled “The Music and the Mirror” has the audience witness three different couples’ problems. In Beth and Randall’s case, Beth is devastated that she is having to close down her ballet shop. The COVID-19 Pandemic had got business down I. It’s clutches, and Beth happened to be a victim as well. While Randall proposes that he could apply for a grant to allow her business to run, Beth shoots down the idea.

We get a flashback of the couple where Beth was going through a difficult time with her ballet classes. This was when their relationship was around six months old. Then Randall who saw her upset, put on a song as they slow danced to it with Beth crying in his arms. Here, we get a similar scene where Beth was cleaning up the shop which suggested that she was about to give up the shop. So, Randall came in playing the same song as he had done in the past. Here, Beth again cries in his arms while slow dancing.

Elsewhere in Kate and Toby’s relationship, Toby is getting frustrated at home. While Kate is loving her job as a music teacher at Jack’s school, Toby being unemployed is eating him away. Kate has a talk with her mom, where Rebecca is happy that her daughter is finally doing something that she loves. Meanwhile, Toby speaks to his dad about his situation. So, his father advises him to open up to Kate about his pressure, or else it may get too much for him to deal with. 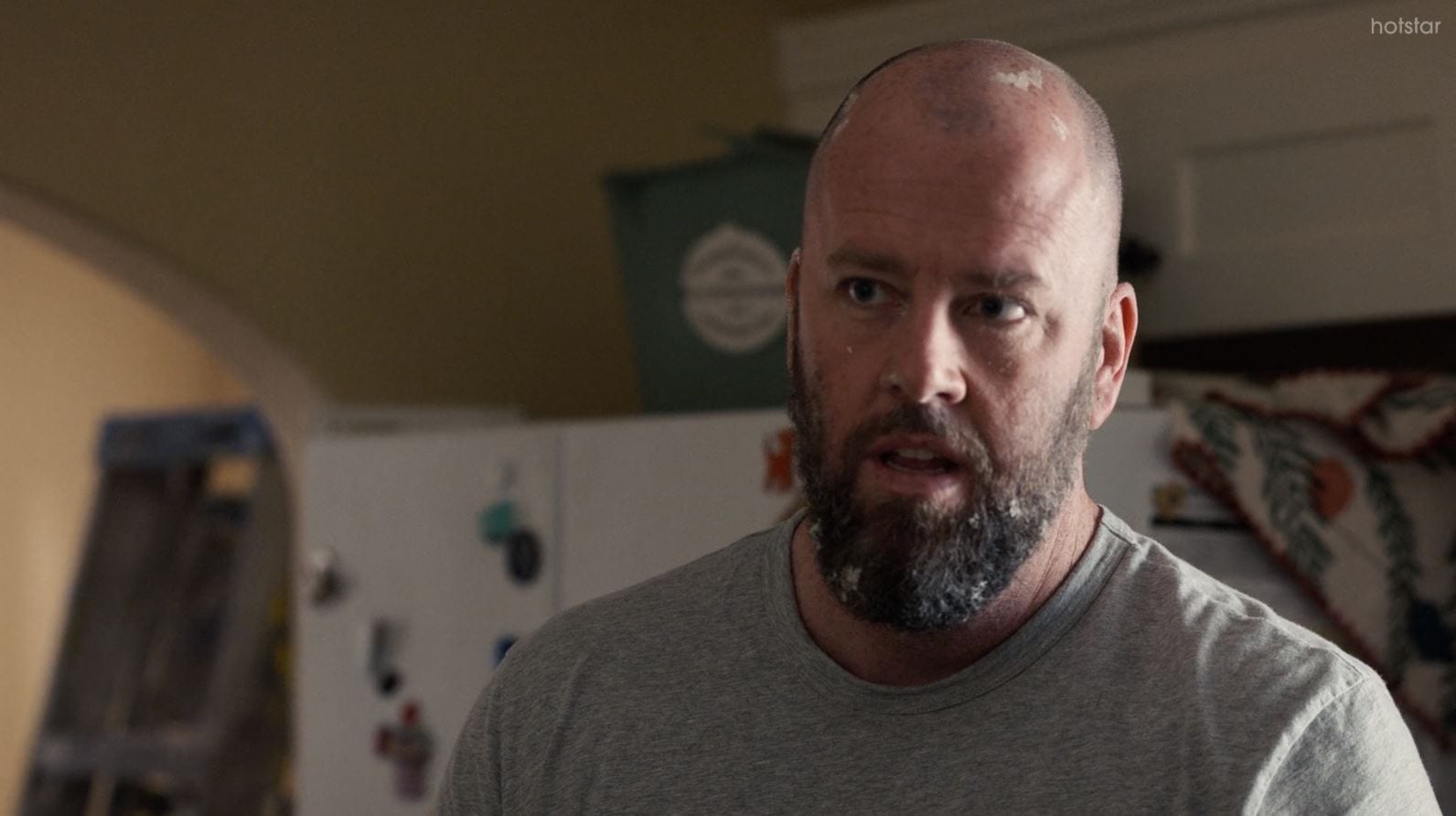 Toby talks to his dad about unemployment – credit Hotstar

Kevin has been worried about his career as his new film could have adverse effects on it. There isn’t much he or his agent could do as it turns out, Kevin is not a likable person in the industry. He has been branded as someone difficult to work with. But his worries only get worse when he unexpectedly meets with Zoe. He speaks to her as the conversation turns out about his marriage to Madison. He tells Zoe that he got Madison pregnant, which is leading the couple to get married.

While Zoe does appreciate Kevin doing things with the flow, the way she spoke starts making Kevin wonder. He does not see it as a compliment but as a realization that he has not been thinking about what he really wants to do. The reason he was marrying Madison was that she got pregnant. He was taking responsibility which was a good thing, but does he want to spend his life with her? Elsewhere, Madison is heartbroken that her dad can’t make it to their wedding. Her hopes had been crushed down, causing her to experience the biggest moment of her life without her dad with her.

This Is Us Season 5 Episode 16 Preview

‘This is Us’ Season 5 Episode 15 titled “Jerry 2.0” will have Kevin and Madison spend their days closer to their wedding. This will be the penultimate episode while the wedding will supposedly happen on the season finale. In this episode, we will witness the bachelor and bachelorette parties. These might not be the typical ones filled with a wide variety of cliches where one sees the scantily-clad dancers or random bar-hopping. But Kevin’s Bachelor party is about to be inculcated with much more drama. Here in the upcoming episode, we will deal with Kevin’s last-minute jitters as it appears that he is getting cold feet. His previous experiences with women in his life have started to taint his imagination. This has caused him to worry about his future with Madison.

At the end of the last episode, we see how Kevin is unsure regarding his decision to marry Madison. Due to this, he calls his ex-wife Sophie to have an understanding of their ended relationship. But this has left him even more confused. This just might lead to a lot of drama. He even asks his brother Randall for advice. He asks him, How does anyone ever really know who they’re supposed to marry? Lastly, Kevin is seen staring down at Sophie’s name on his phone contacts. 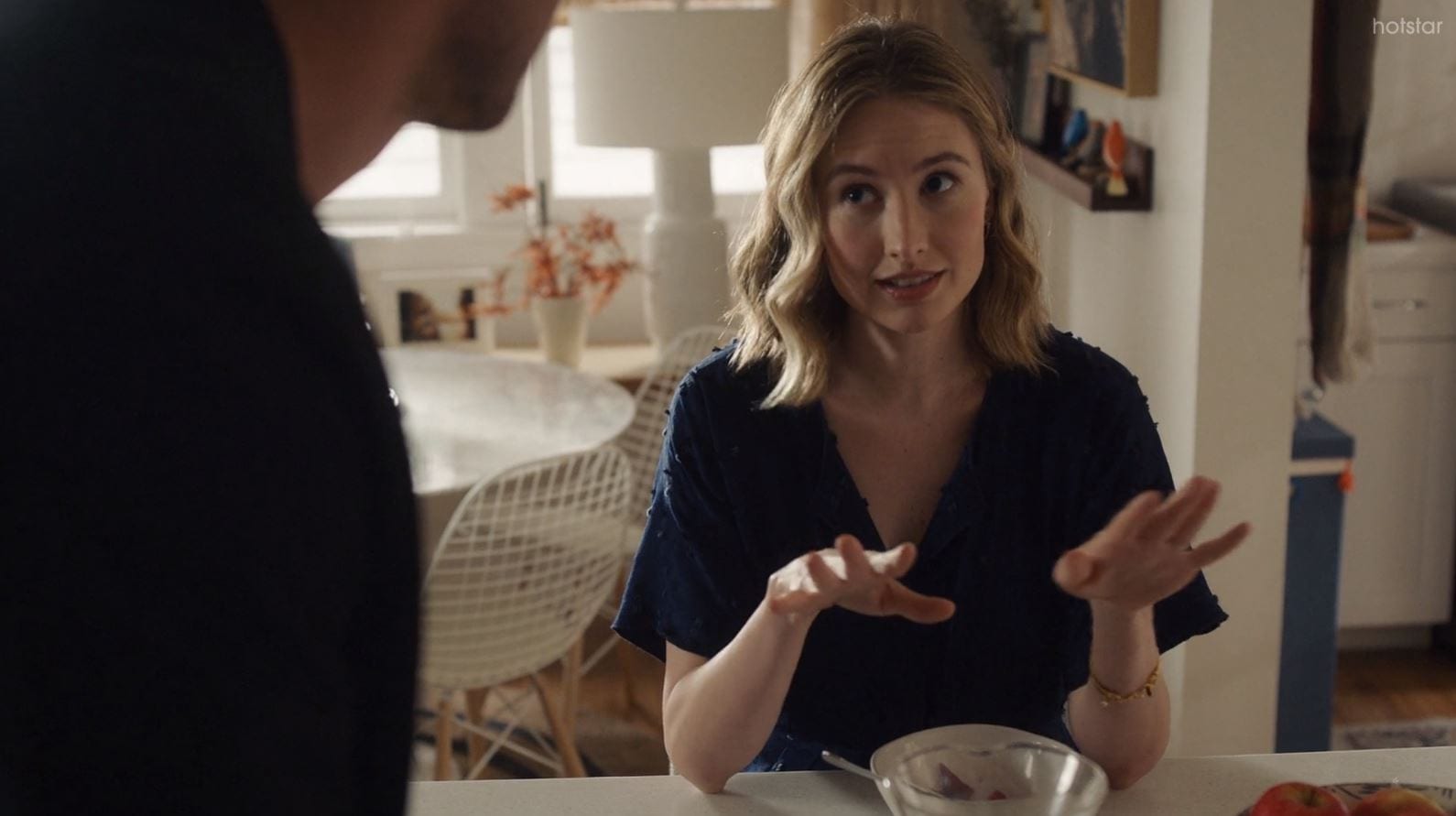 While the last episode for the season was considered to be the wedding episode, nothing can be certain. It is also said how Kevin is a people pleaser and would do anything to make others happy. If the wedding doesn’t happen, at the very least, we will see a character development for Kevin, as he makes a decision for himself. After this episode, the season finale titled “The Adirondacks” is set to be aired on 25th May 2021.

You can watch all the episodes by ‘This Is Us’ when they air at 9:00 pm ET / 8:00 pm CT every Tuesday night on NBC. If one misses the episode, they can even catch up with them by streaming them on NBC’s website or App via a valid cable login. This is Us Season 5 Episode 15 titled “Jerry 2.0” is set to be released on 18th May 2021. You can also watch the show on Apple TV+, YouTube TV, CTV, Hulu, and Peacock TV. The previous seasons for ‘This Is Us’ can also be streamed on Amazon Prime Video, and Netflix Canada. ‘This is Us’ isn’t available on Netflix USA, after 20th Century Fox pulled out their deal from Netflix. Meaning that except for a few exceptions, no Fox show or movie will be on Netflix USA. In India, one can even watch the show on Disney+ Hotstar. 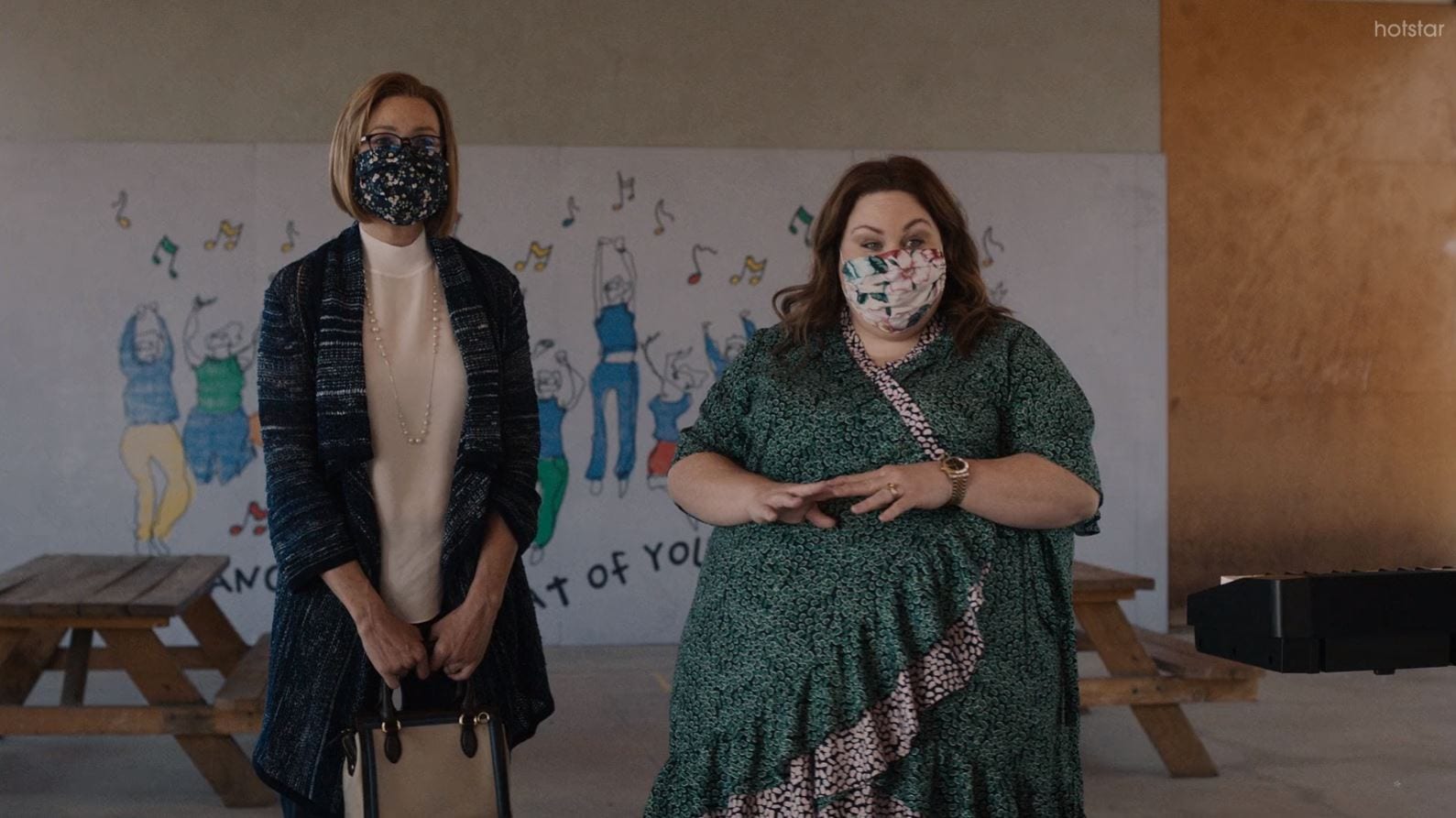 If one doesn’t wish to subscribe to any of the above platforms, other options to view the episodes by ‘This Is Us’ would be to purchase or rent them. One can do this on Amazon Prime Video, Vudu, iTunes, and Google Play. One can even live stream the episodes by ‘This Is Us’ on DirecTV, Fubo TV, Sling TV, and Xfinity Stream. This Is Us follows a TV show format of an hour-long episode with commercials. Some other NBC shows include Good Girls, Kenan, and Young Rock. But in this season, the show has met with irregular breaks. A recent one being the one-month break after episode 13 of the season. Before this, the show even had another lengthy break between November and January.

Also Read: This Is Us Season 5 Episode 15: Preview And Recap