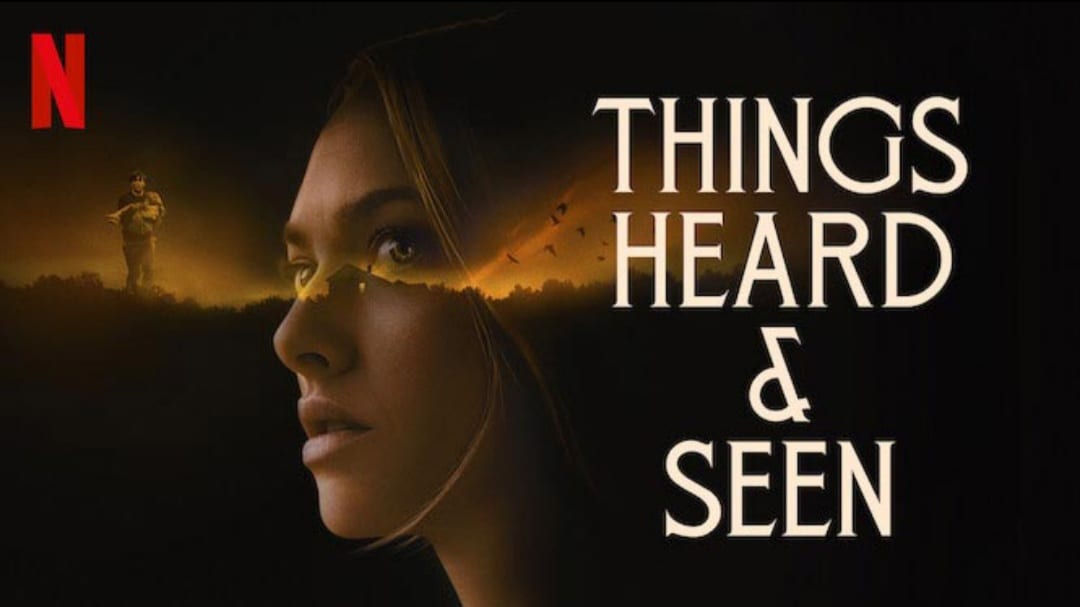 Things Heard & Seen is a 2021 horror thriller directed by Shari Springer and Robert Pulcini. The duo has also penned the screenplay together. The screenplay is borne out of the novel All Things Cease to Appear by author Elizabeth Brundage. It stars Amanda Seyfried and James Norton in the lead roles. Larry Smith is the cinematographer while Louise Ford has edited the film. Stefanie Azpiazu, Anthony Julie Cohen, and Peter Cron have produced the film together. While Peter Raeburn has composed the music for the film. The film hit the streaming giant Netflix on April 29, 2021. The cast also includes Natalia Dyer, Rhea Seehorn, Alex Neustaedter, F. Murray Abraham, and Jack Gore. Things Heard & Seen has received generally mixed reviews from critics and fans alike. The film follows a wife who starts suspecting that the new house she moved in with her husband, is haunted.

Amanda Seyfried stars as Catherine while James Norton stars as George. Natalia Dyer plays the role of Willis and Rhea Seehorn plays Justine. Alex Neustaedter plays Eddy Lucks while F. Murray Abraham plays Floyd DeBeers. Finally, Jack Gore plays the role of Cole in the film. The film is set in 1980. It follows a couple living in Manhattan. The wife, Catherine, is quite content with her residence in Manhattan and doesn’t want to move anywhere else. However, she has to move when her husband gets a new job teaching art history at a Hudson Valley college. She moves in with her husband and a young daughter Franny to a big creepy house in the middle of nowhere. As she tries her best to adjust to the place, she soon starts sensing the haunting darkness in the house. 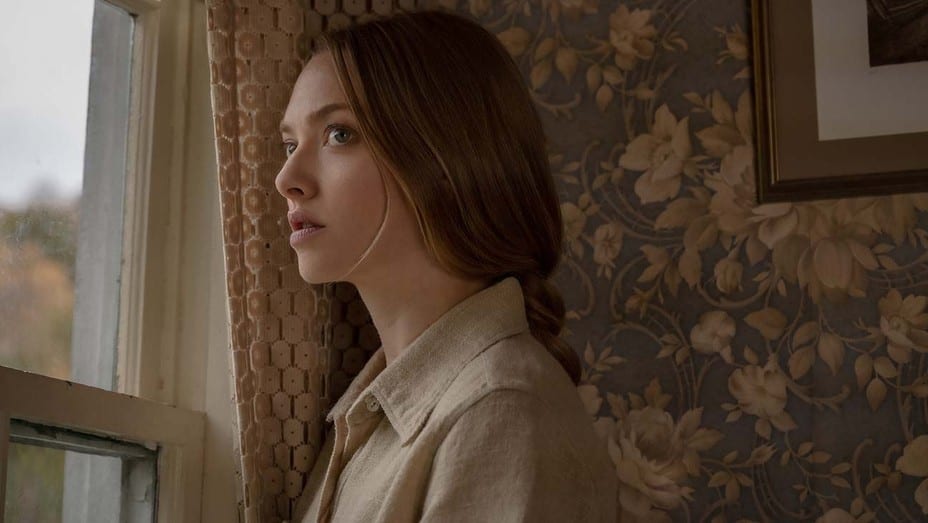 Amanda Seyfried stars as Catherine, a wife who moves to a new house with her husband and young daughter.

What’s the Film About? Plot Synopsis

After moving to a new house with her husband and young daughter, Catherine soon discovers the house is haunted. She had to move from her life in Manhattan to a creepy and big house. And that’s because her husband George (James Norton) got a new job teaching art history at the Hudson Valley College. Catherine discovers an old bible from the 18th century in the house. She finds it as she tracks the family deaths of previous homeowners. Many of the deaths had one thing in common. In all of the cases, the wives were killed by their husbands for being damned. And the spirits of these wives now haunt the house. We later also how the town believes a lot in ghosts and spirits. The townspeople also follow an 18th-century Swedish theologian named Emanuel Swedenborg. As it turns out, the wives were also followers of Swedenborg.

Not approving of their wives’ beliefs, the husbands killed them off. Now the spirits of the wives reside within the house, and they’re there to help the next wife. Meanwhile, we get to see how terrible Catherine’s husband George is. He cheats on Catherine and forges a letter of recommendation to get the job. Floyd finds out about his forgery and George kills him. Catherine’s friend Justine watches him in a suspicious state, after which George runs her over, putting her in a coma. His killing spree ends with killing Catherine in the end. Catherine’s spirit joins the other wives, and they wake Justine from her coma. Knowing he’s screwed, George flees on a sailboat, sailing through a storm. An upside-down cross appears in the sky, Catherine and Ella whisper about gates of hell as he sails directly into the hall gates. 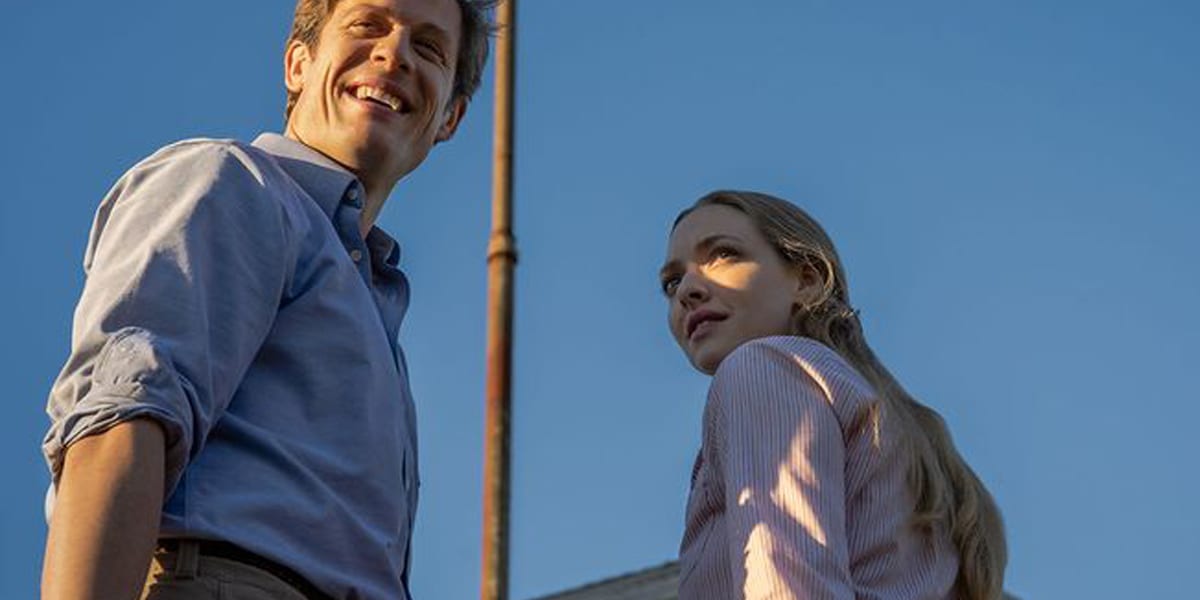 There’s a lot of things going on in Things Heard & Seen. So what does the ending mean? After George brutally murders Catherine, she joins the other spirits of wives in her house. Together with Ella, Catherine’s spirit wakes Justine out of her coma. The police were dubious about George but didn’t arrest him due to a lack of evidence. However, with Justine, waking up, they are finally on his trail. George flees away on a sailboat. But that doesn’t pan out as we see the sky bearing an upside-down cross, as the storm rages on. Catherine and Ella whisper about the gates of hell. George’s boat sets on fire and he sails away into the gates of hell.

As confirmed by the writers/directors, the spirits of the wives deliver George to hell in the end. As his boat starts burning, we hear the spirits of wives whisper about the hell gates. So it’s pretty clear that they’re delivering him to hell. The writers/directors have also said that it’s a metaphor for all the women that have been abused by men. Whether it’s husbands, fathers, preachers, teachers, or business people, the wives’ spirits have a kind of power over them. And that makes it pretty apparent as to what becomes of George — delivered to hell by spirits of wives.