Theo Baker is a YouTube sensation who hails from the United Kingdom and has amassed a massive following on his YouTube Channel. 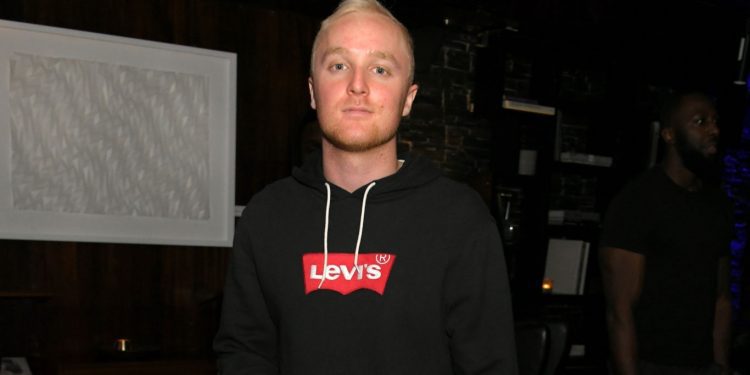 Lately, the popularity of Theo Baker has been rising all over the internet, resulting in fans being eager to know about Theo Baker’s Girlfriend. Theo Baker is a YouTube sensation who hails from the United Kingdom and has amassed a massive following on his YouTube Channel. Baker is best known for his football videos and vlogs on his YouTube channel of the same name. Theo Baker was welcomed into the world on March 31, 1996, in the city of Eastbourne, England. Currently, he is 25 years old and born under the zodiac sign of Aries. Theo is 183 cm tall and weighs about 71 kg.

Apart from his online fame, Theo is also a highly skilled real-life footballer and has led development teams at clubs such as Newhaven Football Club, Seaford Town F.C., and Crystal Palace F.C.

In December 2016, he moved to Hashtag United F.C., a semi-professional football club based in Tilbury, Essex, England. After graduating from high school, Theo moved to East Sussex College Lewes, where he received an A-Level distinction in Sport in 2014. He then enrolled at the University of Bournemouth in 2015 and graduated in 2019 with a degree in Sports Development and Coaching Science. Theo Baker is also known for his YouTube channel of the same name, where Theo publishes football videos and vlogs. Also, he has a second YouTube channel named “Theo Baker Plays”, where he uploads Fortnite and occasion videos. On his second YouTube channel also he has gained a large number of viewers.

Theo Baker’s heart was taken by a beautiful girl. Baker is romantically committed to Janine Curcher, and they have been together for more than six years. The couple started the relationship on Valentine’s Day, 2014. However, the couple still has a great bond and shares a perfect relationship. In addition, they shared their photos on each other’s social media accounts, thereby showing their love and affection for each other. He also didn’t involve himself in any kind of rumors or contradictory actions. He kept a reasonable distance from all kinds of controversy. For now, he is focused on his career rather than engaging in controversial acts.

Also Read: Amanda Jade Wellington Partner: Who is the She in Relationship With in 2021?

Theo has played football for Newhaven, Seaford, and the Crystal Palace development team, but his YouTube channel is his most notable achievement. He started his channel on December 29, 2014, and in early 2015 he introduced his first video, “Welcome to my channel”. Every video he makes is about football. His popular videos include Who Is Penalty King?, fa Cup KnockupPenalities, Ultimate Piece Challenge, Ultimate Free Kick Challenge, and many more.

Theo is quite popular on his social media accounts. He has more than 85.4K followers on his Twitter account. Theo is active on Instagram under the username “@theobaker_”, with more than 298,000 followers. He is also active on Twitch. He has more than 108.1K followers and more than 995.7K likes on his TikTok account “@theobaker”. Anyone can contact him at theobakerbusiness@gmail.com for any business inquiries. In terms of income and wealth, he definitely made a lot of money with his work. His YouTube channel can make a lot of money. However, his estimated net worth as of 2021 is around $1 Million.

Some Interesting Facts About Theo Baker:

In addition to his main YouTube channel, Theo runs a secondary YouTube channel called Theo Baker Plays, where he uploads video games Fortnite and often manages deposits; and where he has amassed more than 150,000 subscribers. From March 2012 to June 2015, he worked as a trainee crew trainer at a McDonald’s store. In January 2016, he started as a YouTube content creator for the Football Association (F.A.), the Sport’s governing body in England.

Owing to the association, he experienced significant life events such as the Champions League final, The F.A. Cup final, and the Euro final. As a representative of Hashtag United F.C., he had scored a goal not only at the legendary Wembley Stadium but also at the Emirates Stadium, home to Arsenal, his favorite football club. He also holds several sports coaching certificates, which allow him to coach aspiring young football players in England. In May 2021, he was astonished to find that his Instagram account was in a “memorialized” state. An Instagram account is changed to a “memorialized” status when the account owner dies.