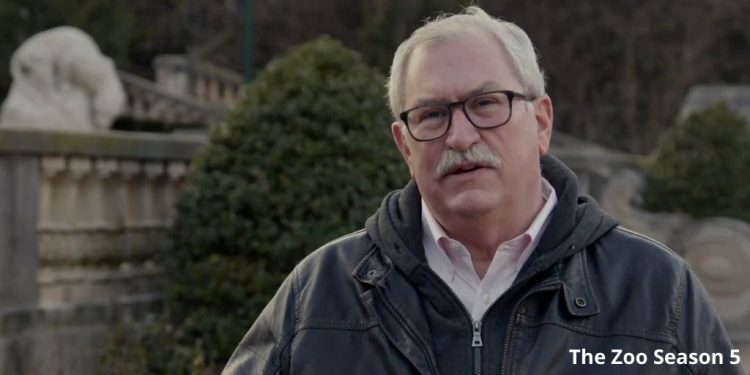 After experiencing another heartwarming episode, the viewers are waiting to watch The Zoo Season 5 Episode 10. The previous episode of the show gave us a look at another set of animal species. We got to see two very big wild Sea Lions named Clyde and Tacoma who was adopted. Whereas, we got a look at the Sifaka Lemur in the Madagaskar area of the zoo. The staff had to find a male sifaka for one of the female sifaka’s to make them a pair.

On the other hand, a Red River Hog named Vanessa went into operation due to her damaged eye. It was another emotional moment for the staff as they hoped Vanessa come out of the surgery in a good condition. Whereas, things got emotional at the New York Aquarium when they had to let go of Tacoma. The American reality tv documentary show has been a lot popular since it first came out.

It has featured the hardworking staff of the Bronx Zoo in New York and how they look after the animals. Furthermore, the series has showcased numerous stories of different animals living at that zoo. The show is currently going strong with its fifth season. However, the fans are now awaiting the release of The Zoo Season 5 Episode 10. But first, let us take a look at the events of the previous episode and find out what happened. 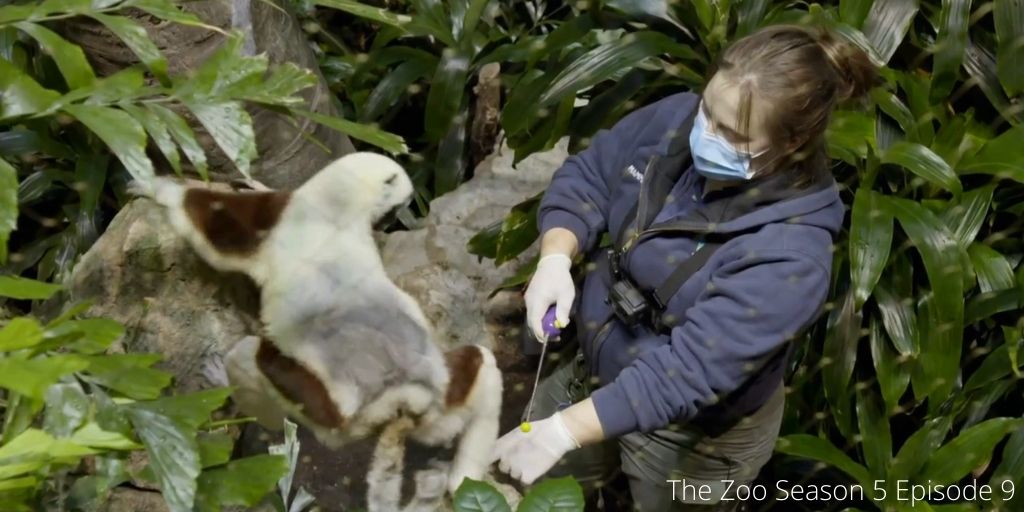 Episode 9 of The Zoo Season 5 came out on 27th November 2021. Furthermore, the episode was titled “Lemur Love”. The episode opened at the Bronx Zoo where we saw one of the zoo’s staffs Mary feeding a rescued wild sea lion named Clyde. Moreover, she and the other staff were training him to get inside the cage. It was decided that Clyde will be moved to the New York Aquarium for the breeding season and make a new home there. Whereas another male sea lion named Tacoma from the aquarium will be transferred in place of Clyde.

We got a look at how Caitlin was feeding and training Tacoma for the transfer as well. On the other hand, we got to see a red river hog named Vanessa who is a favorite among the zoo staff. Although, she was suffering from a serious eye condition and had to be taken to the health center. Meanwhile, at the Madagaskar building of the zoo, we saw how the staff maintains a healthy relationship with the sifaka lemur. However, they had to find a male sifaka for one of the females named Gemina as she was alone.

So they brought in the male sifaka named Adri. Eventually, Adri and Gemina got along really well and formed a good bonding. On the other hand, Clyde was finally sent to the Ney York aquarium. Whereas Tacoma also arrived at the Bronx zoo without any hurdles. Both of them settled in their new homes quite well and were ready to begin a fresh start. Vanessa also got her eye removed as there was no choice. But she was now all happy and lively as ever which was a good sign for everyone at the zoo.

Also Read: Zootopia 2: When is The Sequel Coming?

After another heartwarming episode of the season, the fans are awaiting the release of the next one. “The Zoo Season 5 Episode 10 will release on 4th December 2021 at 9 pm ET on Animal Planet.” Moreover, the episode will be titled “Kangaroos In Trees”. It will another episode where we get to see a different species and how the staff at the Bronx zoo take care of them. So stay tuned to watch it on Saturday this week.

How To Watch The Zoo Season 5? Streaming Details

The American reality tv show showing the life of the animals at the zoo has attracted a lot of viewers from all around. That is why the viewers are searching about where to watch The Zoo Season 5? The answer to that question is quite simple. “The Zoo Season 5 airs every Saturday at 9 pm ET on the Animal Planet channel in the United States.” Moreover, the show is available to watch on iTunes also. In addition to that, the viewers can watch the show on Youtube TV as well.