Does the anime that ranked above Demon Slayer and Squid Game in Netflix Japan, get a season 2? 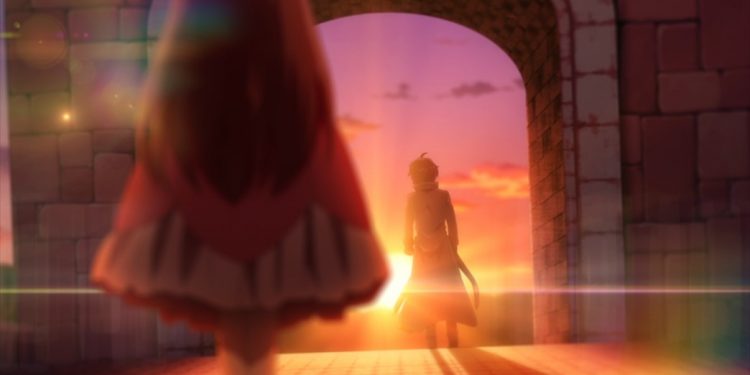 He gets reincarnated in another world as a newborn baby in the family of aristocrats. He undergoes surgery through which his eyes can see more than what’s normal. This had been passed down from a lot of generations. Now, he could see through the darkness and judge a person’s mana. He was given 16 years to prepare and 2 years for executing the plan. It was aired on 6th October 2021. It can be legally streamed on Netflix as well as Crunchyroll. The anime was ranked first in Netflix Japan as well!! But the real question is that, will it have a season 2?

Is The ‘World’s Finest Assassin Gets Reincarnated in Another World as an Aristocrat’ getting Season 2?

The World’s Finest Assassin Gets Reincarnated in Another World as a newborn baby in a family of  Aristocrats and nobles. Most likely, it’d get a season 2, but there’s no confirmation yet. There is no trailer for S2 as of yet too. The first season had high ratings and reviews. The animation is great as well. It has 12 episodes which is a quick weekend watch to the new episodes! Season 2 might come out around late 2023. The protagonist is quite focused on his goal and never misses a chance to achieve it. That’s because the Goddess said that if he could accomplish the mission, she’d leave him to do whatsoever, and the mission was over.

Recap of ‘World’s Finest Assassin Gets Reincarnated in Another World as an Aristocrat’ Season 1?

Lugh is a very thoughtful and strategic person. He is a cold-blooded assassin who had a great life with a terrible ending, which we got to see in a flashback. Then, the goddess offered to give him a new life. The Hero who defeated the Demon King soon started exploiting it. The goddess gave Lugh a mission, and he accepted it on the condition that he would be able to live freely after the completion of the mission. He was given 16 years to train and 2 years to execute the mission of killing the power-hungry Hero. The goddess gave him 5 skills, out of which 4 have been revealed in the beginning. Now, Lugh finally had a chance to change his life altogether because not everyone gets a second chance in life. He is very perceptive and doesn’t want to repeat the mistakes of his life.

He gets close to Dia, and they have a cute blossoming friendship. Appearances can be quite deceptive since Lugh is a grown man in a child’s body. Lugh, now known as Illig Balor, was managing a shop that was given to him by his father. He also performed surgery on his brother during this time. Maha was now adopted by the merchant, hence she was now Illig’s sister. Both Maha and Tarte work as assassins and protect Illig. They went on trips once in a while. He continued to learn magic spells from Dia to attain his final goal, which was to defeat the Hero. It’s kind of becoming like James Bond at this point, thanks to the harem scenario.

Are Lugh and Dia in a relationship?

Officially, Lugh and Dia are not in a romantic relationship yet. But there might be a blooming romance that can possibly happen in the near future. Dia’s country was facing a civil war at this time, and Lugh rushed to her home to bring her back to Tuatha Dé. She said no because she didn’t want to avoid her responsibilities and asked him out on a date instead. They played an archery game, which caused them to get in an intimate position when Lugh guided her to win a bear. Then they thought about getting some food. Meanwhile, Lugh was afraid that there might be soldiers in plain clothes, Dia asked him not to worry and took him to a hot spring.

Like a lot of Isekai animes, the hot spring wasn’t segregated by gender. They have fun, play around and even share a cute kiss. Then, the date is over, and Lugh returns to Tuatha Dé. Someone is shown to order Dia’s assassination. Is Dia the hero Lugh is supposed to kill? The last episode is predicted to stream on Netflix and Crunchyroll on 22nd December 2021. Would the anime end with a cliffhanger? Will there be a season 2? Keep your eyes peeled on, and we’ll find out soon!!

Also Read: Will Miyuki & Kaguya Break Up In Kaguya-Sama: Love Is War Chapter 248?

Who Does Colton End Up With: What Happened Between Him And Cassie?