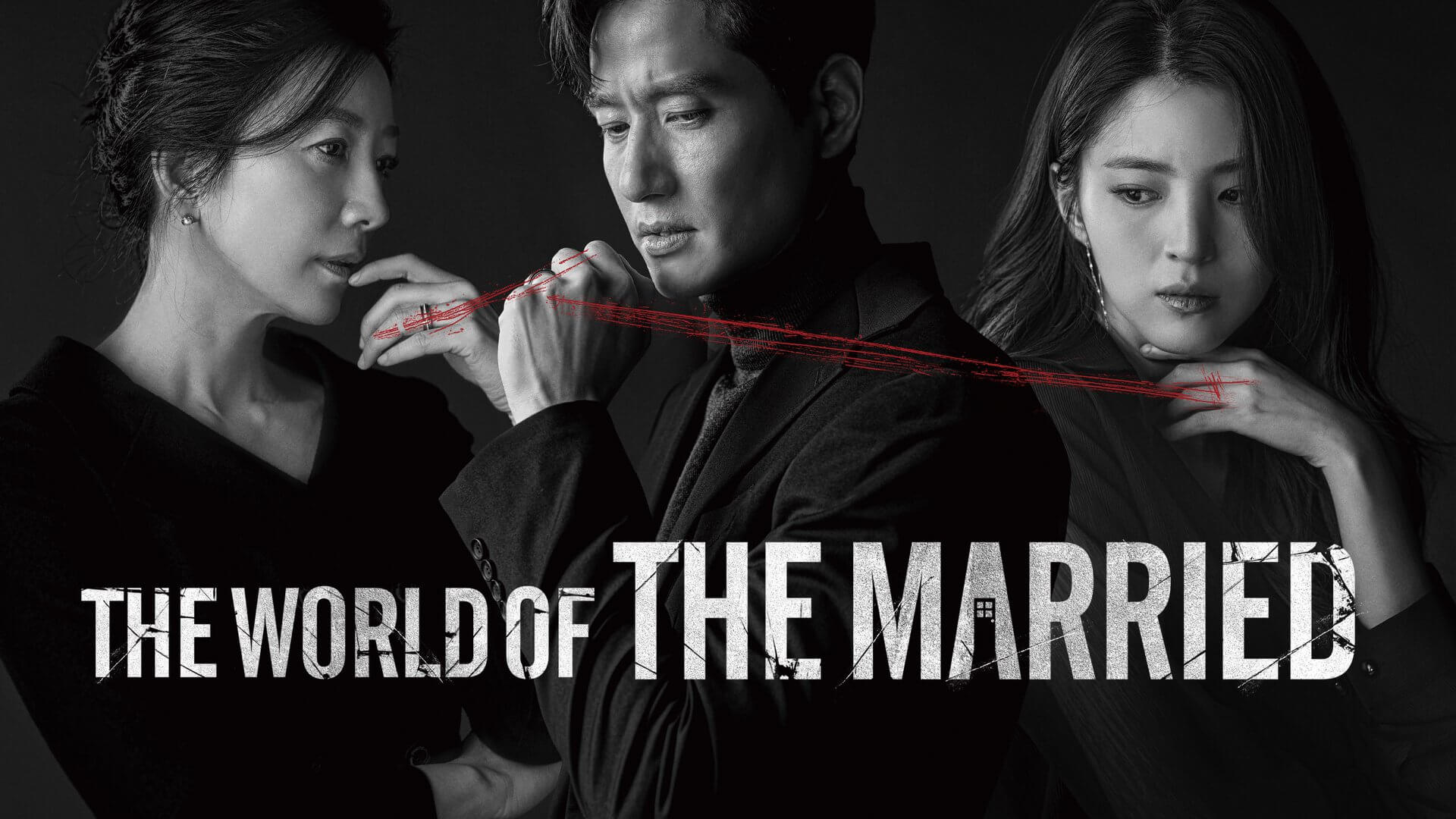 The World of the Married is a South Korean television series featuring Kim Hee Ae, Park Hae Joon, and Han So Hee. This 2020 K-drama is a story of a married couple who choose revenge after learning the perfidy of each other. This drama aired on the JTBC network from March 2020 to May 2020. Moreover, this drama has broken the record of Korean cable television history and has become the highest-rated K-drama to date.

This drama has even surpassed Sky Castle, with its last episode rating 28.371%. Also, this drama received international attention, and 55% of the Asian audiences watched this drama since the beginning. Besides, The World of the Married also won many awards for acting and directing.

The Cast of ‘The World of the Married‘

As for the cast of this drama, Kim Hee Ae is Ji Seon Woo, Park Hae Joon is Lee Tae Ho, and Han So Hee is Yeo Da Kyung. Furthermore, the drama is directed by Mo Wan Il and written by Joo Hyun. This drama is based on the television series Doctor Foster by Mike Bartlett and developed by JTBC. Also, this drama belongs more into the melodramatic, romance, family, and thriller type genres. We will discuss further details of this drama in the review section. For now, let’s get back to the cast.

The plot of ‘The World of the Married‘ 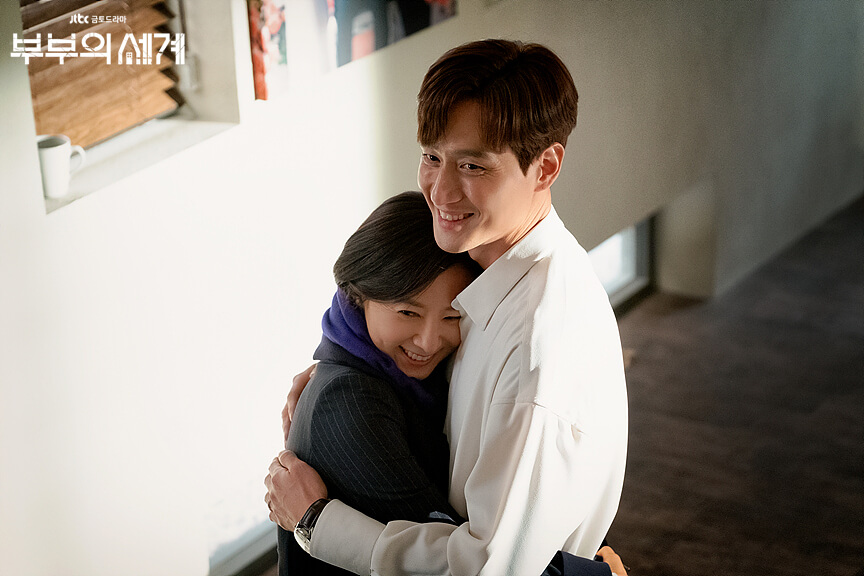 The World of the Married- Happy Family

In short, the story of this drama revolves around this married couple Seon Woo and Tae Ho. Here, Seon Woo is a woman who lost her parents at seventeen. Living life by herself, supporting and protecting her on her own is the only thing she has done. The world becomes hell after her parent’s death, and coming from a wealthy family makes her struggle harder. However, she studies hard and becomes a doctor and vice president of Family Love Hospital. While studying medicine, she falls in love with Tae Ho and sets up a small family with him. A loving husband, good son, and her- a picture-perfect family. 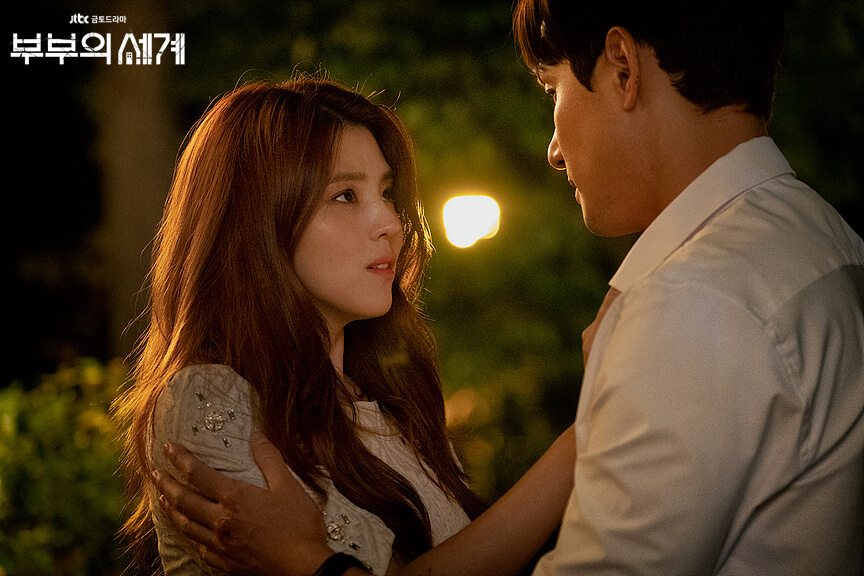 The World of the Married- Tae Ho and Da Kyung

But all this shatters into pieces as she realizes her husband cheating on her and having an extramarital affair with Da Kyung. Despite loneliness, she grows up as a strong and elegant woman on her own. But after learning the truth about her husband, reality unveils. All the people around her, family, friends were deceiving her and covering her husband’s filthy acts. Reality breaks her, but she decides to take revenge. Even though the hell returns, she refuses to shatter, cry, and be tolerant anymore. This move of Seon Woo turns the tables for everyone, and the story of The World of the Married begins.

That was all for the plot of this drama without giving any spoilers. As for the review, the plot is interesting and intriguing. Moreover, it is not that typical love story full of lovey-dovey stuff and all. This drama is all about love, lust, divorce, family, friends, remarriage, obsessions, betrayal, revenge, and whatnot. But, it’s not just another drama at the same time. The story is plotted so well, and the actors give vibes to each character. One can not easily get over the sentiments of this drama even after completing the series. You might suffer heavily from the different aftermaths even after the end. Also, you might find yourself crying at one scene and cursing at another. To sum up, this is a highly recommended drama if you are craving for not-just-romantic dramas. Also, watch the trailer of The World of the Married on YouTube.

Well, this drama is the originals of JTBC, so it is easily available on its website. Besides, it is also available on Netflix and iflix with subtitles in many languages. Also, this drama has 16 episodes in total and 2 special episodes which cover the interviews of the actors and behind the scenes of The World of the Married. The running time of each episode is around 80-90 minutes. Last but not least, go for the special episodes of this drama since they reveal the hard work of the production crew and the actors.