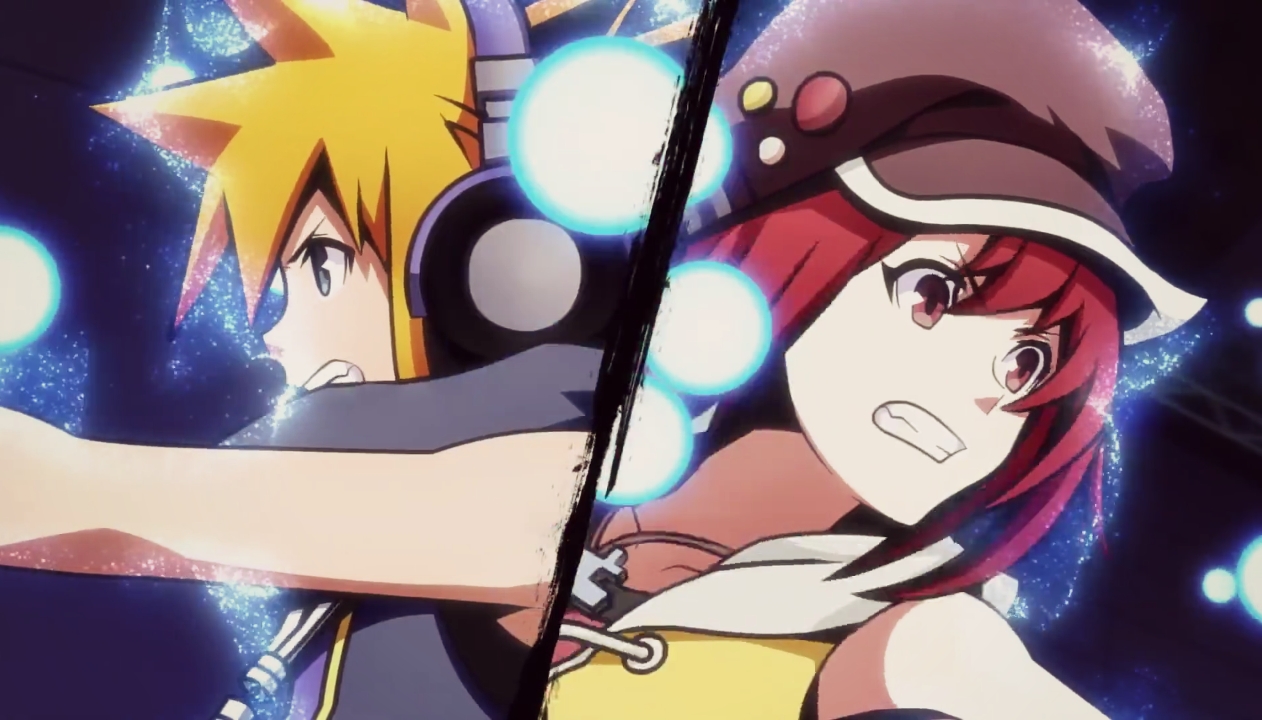 There is a good list of anime series that were adapted from video games. This list is the upcoming anime series, Subarashiki Kono Sekai The Animation, more commonly called The World Ends With You The Animation. Unlike classic source materials, this anime is based on a 2007 video game called The World Ends With You. The developers of this game are Square Enix and Jupiter. It was developed to be played on the Nintendo DS. Shin Ei Animation and Domerica have taken up this upcoming anime project.

This role-playing action game itself was exciting. The players take up the role of Neku Sakuraba, who has no memory of his life before the moment. In the game, the players have to complete the story by surviving in the underground. Various missions need to be cleared. Inability to do so leads to erasure. The main mission of the game is to erase ‘Noise,’ monsters that pose as a challenge in the game. Killing Noise requires two players as they exist in two parallel planes simultaneously. Hence, the first task of the players is to team up.

Completing all missions will bring the reward of resurrection into a Reaper. The players have to team up with different NPC for a week each and face the ultimate boss, the Composer.

Also Read: My Hero Academia Vigilantes Chapter 99 Spoilers and Where To Read Online?

The World Ends With You The Animation: Plot Overview

The upcoming anime falls under isekai, survival, action, and adventure genres. Neku, the protagonist, arrives at the Shibuya shopping district in Tokyo, Japan. He has no recollection of how he got here but notices that people cannot see him. But, he can hear everyone’s thoughts. Horrified, he sees a truck approaching in his way, but he is shocked when it passes right through him. He receives a text that tells him to reach 104. It also says that if he fails to do so, he will be erased. 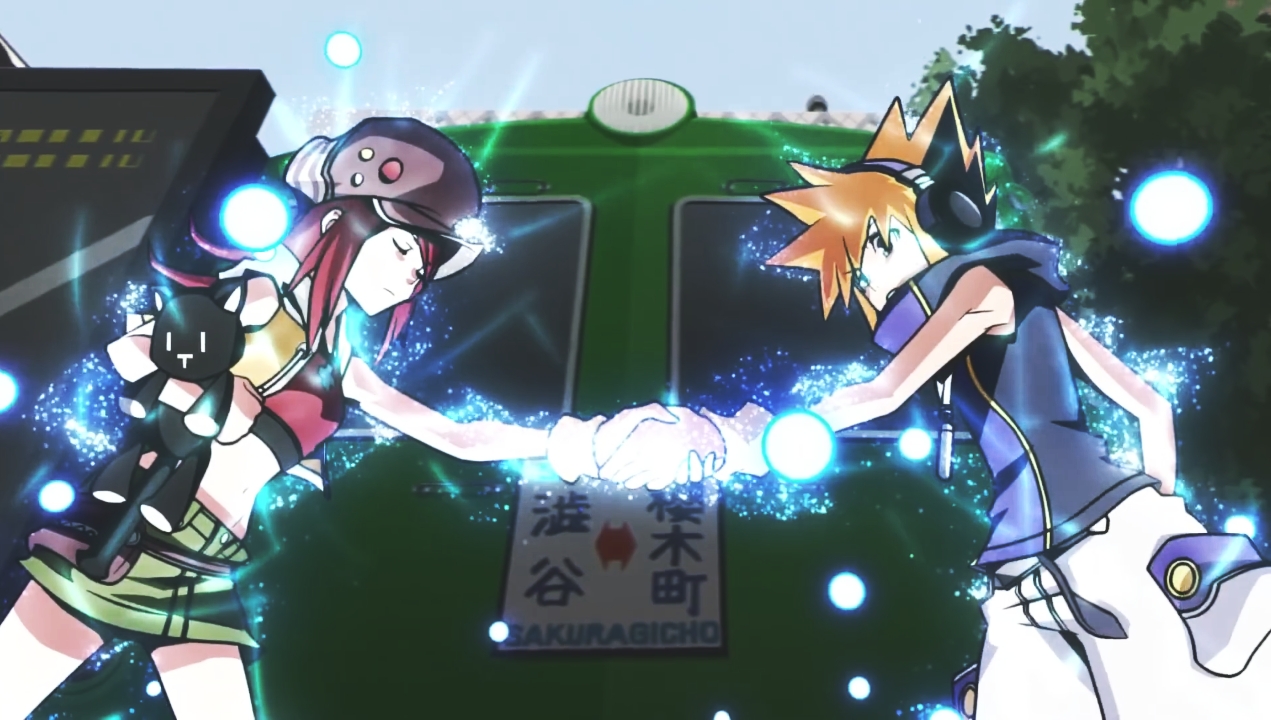 Shiki and Neku make a pact: The World Ends With You The Animation.

Neku has entered a game called ‘The Reapers’ Game’ where he must race through the roads of Shibuya to survive. The countdown begins as Neku races to complete his first mission. He meets Shiki, who asks him to team up. In this fight for survival, he will meet new people on a hunt for the reward that lies at the end of the game. He must trust his partner and find answers to his questions while discovering the true nature of the game.

The World Ends With You The Animation: Release Date

The plot is giving off major exciting vibes. The Anime adaptation of the game was first announced in June 2020. This announcement was made on the official Twitter account of The World Ends With You. As per this announcement, the anime was about to be aired in January 2021. For reasons unknown, the anime was delayed. A preview of the first episode was released in September 2020 on the MBS and TBS station.

The World Ends With You will release its first episode on April 9, 2021, at 1:25 hours (JST). The following episodes will air weekly on Saturdays. Funimation has licensed the anime.

The opening theme of the anime is Teenage City Riot by Ali. The ending theme is Carpe Diem.

The trailer gives off many easter eggs of the series. We see the main characters and also some cool supporting characters too. A glimpse of Noise can be seen wide and clear in the trailer. Overall, the trailer was a good tease that would easily compel anyone who comes across it to give the anime a chance.

The character designs have a lot of similarities with the original game. So, many might see the vintage strokes in the art. I find it very clever and at the same, it gives a good feeling to those who enjoyed the game back in the time. The CGI of the anime is another graceful mark that looks worth the appreciation in the trailer.

The main character of the anime, Neku Sakuraba, is voiced by Uchiyama Kouki. It is great to hear his voice with a new character again.

Shiki Misaki, another main character, is lent the voice by Anna Hachimine. This is the debut role of the voice actress. From the trailer, I believe she’s going to fit perfectly with the lead character. Yoshiya Kiryu, more commonly referred to as Joshua in the game, is voiced by Kimura Ryohei. He is a professional who seems like a good choice for the voice of Joshua. Kimura Subaru voices beat Daisukenojo. He also voiced some other impactful characters like Tendou (Haikyu) and Aoi Todo (Jujutsu Kaisen). Raimu has the voice of Ayana Taketatsu.  She also voices Suguha Kirigaya in Sword Art Online. 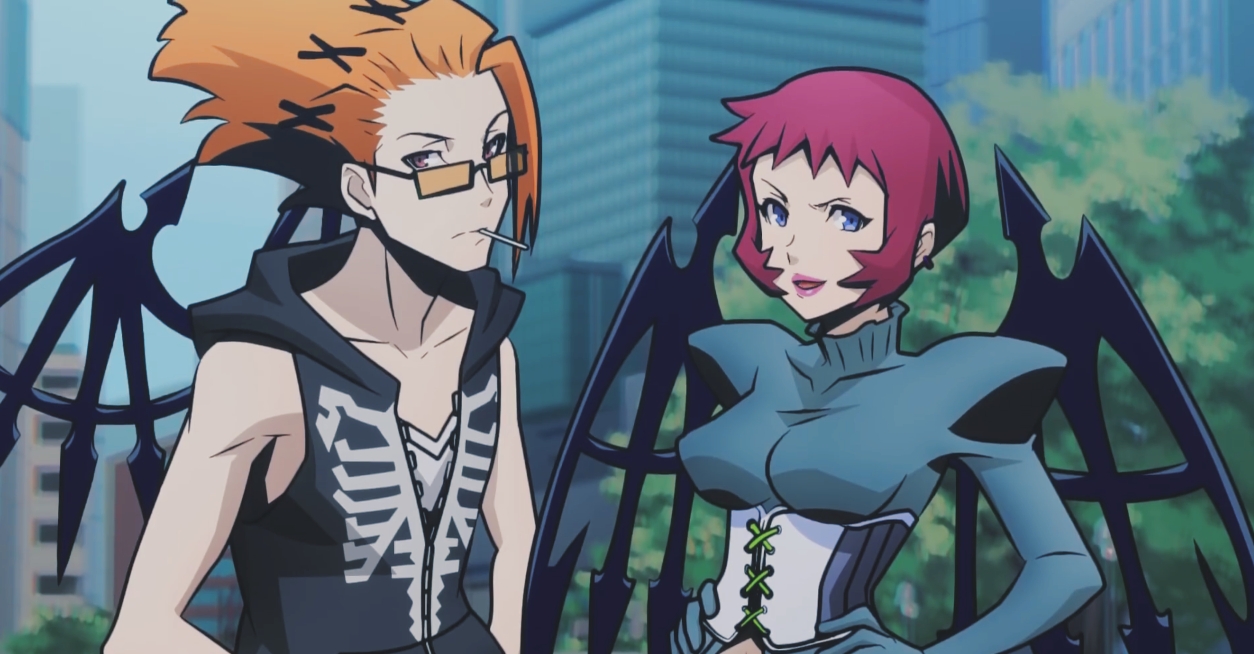 Kariya Kouki and Yashiro Uzuki: The World Ends With You The Animation.

Also Read: What is the Forbidden 4 anime? Why are they called so?