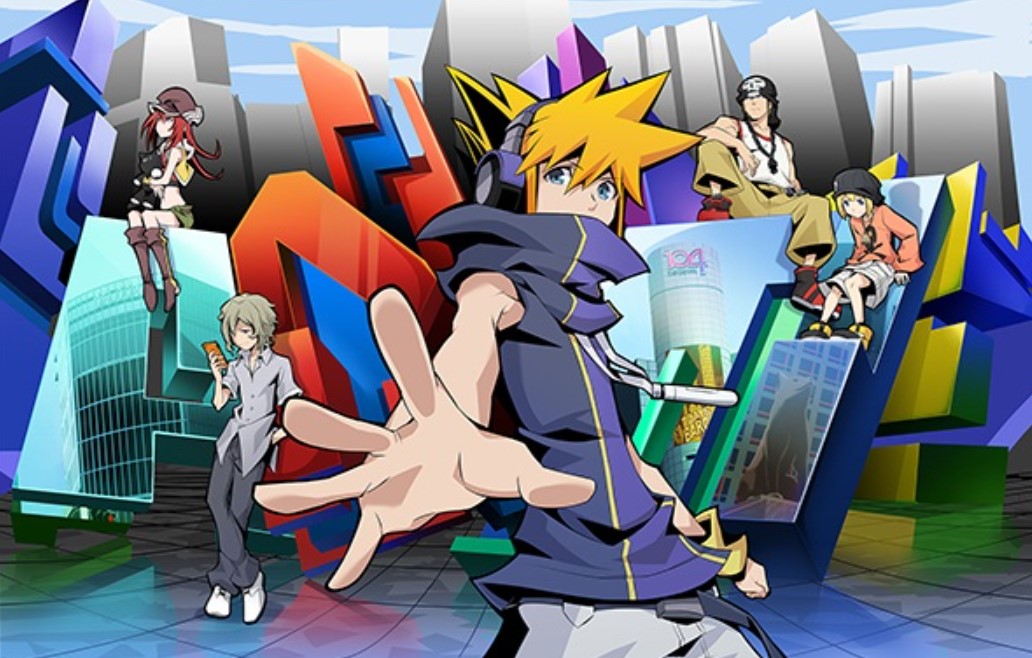 An unknown boy got teleported to another world. He wonders what is happening since he can’t communicate with people around him. When he trie to touch people around him, he finds that they are holograms, but he is only the real human. The boy receives a message that he has 60 minutes to complete 104. If he failed, he would also become a hologram, just like other humans around the town. The track nearly hit him and he got saved by human girls just like him. The World Ends with You The Animation is also known as Subarashiki Kono Sekai The Animation.

After being saved by a human girl, he asks her what is going on. The girl told the boy to make a pact with her. The boy wonders what is going on, and the girl reveals that if they don’t beat the Noise, they will also be erased. She offered her hand and told him to trust her. The monster frogs are about to attack them, and they both make a partner pact. The girl reveals that the partner’s pact is complete; they can ow fight back. They started to attack the frog monsters.

Previously on The World Ends with You, The Animation Episode 1

After defeating the frog monster, the boy noticed that the walls are disappearing. The girl complements the boy that he is good at using psychs. The boy asks what psychs are, and the girls reveal that it is those fires that he was using to slay the monsters. The girl told the boy that they have to keep on defeating Noise. She is glad that she has partnered with him.

The girl reveals that she is Shiki Misaki, and he can call her Shiki. The boy notices something in Shiki’s hand. Shiki revealed that it counts down to their mission deadline, just like the one he has. But if they clear the mission, the countdown will disappear. Shiki asks the boy his name, and he reveals that he is Neku. Shiki wonders if it is the first name or last name.

Neku bows his head since he has just been teleported to this mysterious world. He cannot remember some of his memories. Shiki told him to team up with her and clear the mission and made it to 104. Neku asks why they have to do that, and Shiki reminds Neku what had just happened before they defeated the Noise. Neku realizes that people disappear when they fail to complete the mission. 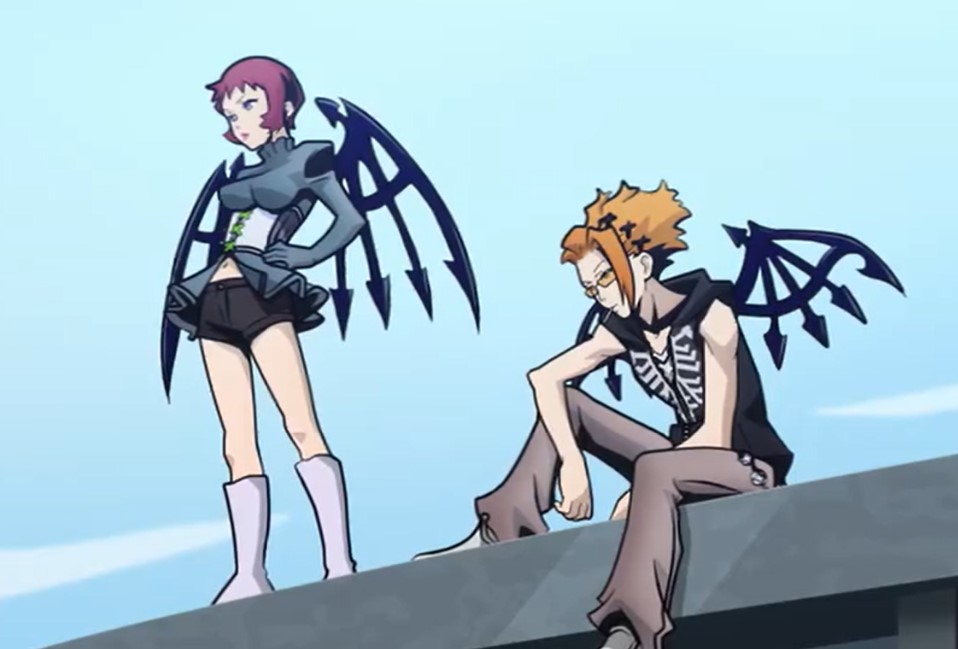 Shiki explains why he makes a pact with him. Neku started to understand what she is saying. Shiki decided to tell Neku the truth since he knows nothing about this world. Shiki reveals that they are players in the Reaper’s Game. They have to survive for seven days, or they will be erased. On the rooftop, there are also another boy and girl. The girls comment that the partner pact between Neku Sakuraba and Siki Misaki is confirmed. The boy comments that it is such a pain.

The girls scold the boy; that is why he never gets promoted.  The boy comments that she is right since she manages to hunt players on the first day. The girl is revealed to be Uzuki. Uzuki thinks that Neku might not be a pushover. Neku thinks that someone is watching them. When he looks behind, and he saw no one. Shiki comments that they have reached 104.

Neku looks inside his hand and finds that the timer is gone. Uzuki and the boy from the rooftop lands on the ground. She comments that Neku and Shiki are tougher than she expected. Shiki thinks they are Black Wing and Neku asks if they are the Reapers. Uzuki said they are the Reapers, and the more players they erase, their ranks rise. After a long battle, the Reapers decided to retreat, and Nekeu faces another mission.