What better way to start your day than with The Wonder Years 2021 Episode 9, which is about to release soon. This news has been keeping the audience excited throughout the week since the release of its previous episode. One can easily assess the amount of anticipation every member among the audience is feeling by the way the internet is behaving. No wonder the coming-of-age comedy television series has captured our hearts with its light comedy. Moreover, the amount of freshness it spreads across the audience is worth the wait. With the release of eight episodes of The Wonder Years 2021 till now, the show has got its pace. People across the globe are excited about what comes next in the show.

The Wonder Years is a reboot version of an old show that goes by the same name. The previous one was released in the year 1988. After all these years, The Wonder Years is back to give us some new experiences about life. The questions about where to watch The Wonder Years 2021 and who stars in the show have been covering the internet lately. For the sake of the viewers, each of those questions will be answered over here. 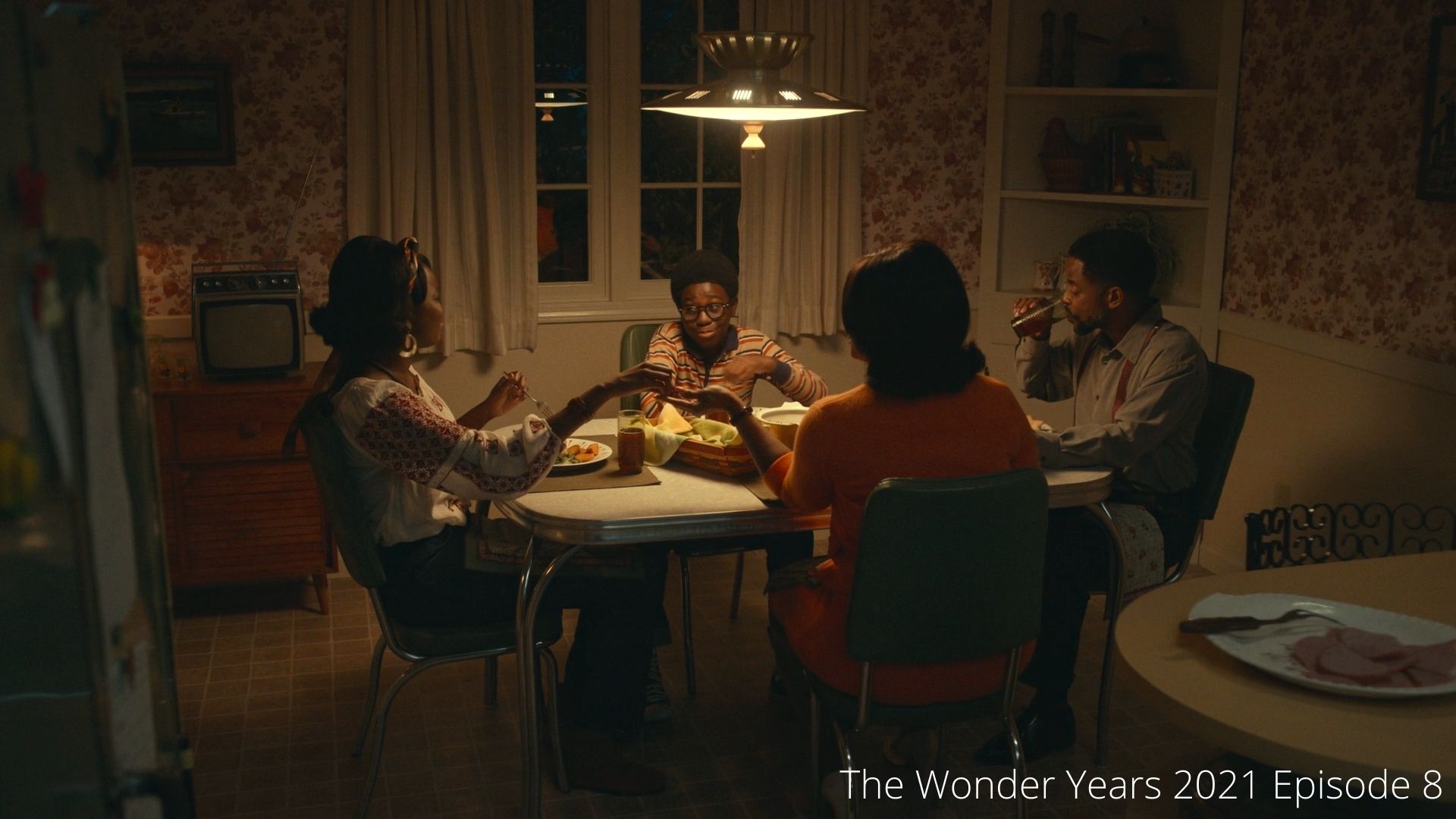 Episode 8 of The Wonder Years 2021 came out on 17th November 2021. Moreover, the episode was titled “Science Fair”. The episode began with Dean showing off his chemical experiment to his friends as he was getting ready for the school’s science fair. Later on, he got into a fight with a bully named Michael, who was beating him. However, Dean’s mother, Lillian, arrived there and scolded both of them. She then dropped Michael at his house but also found out that he was living alone there for the time as his older brother works late.

Meanwhile, later at the dinner table, Lillian told everyone that she heard Kim was at the mall instead of being at the library. Hearing this, Bill took away the car keys from her. Lillian then decided to help Michael out with his situation. Furthermore, she told Dean to help Michael at school with his science project. Dean already hated his bully, and now he had to go through the torture of helping him as well. But it got easier for him when Michael refused to take his help. Although, Lillian invited Michael over to the house and helped him with the project.

This became a daily thing, and Dean was getting frustrated and jealous at the same time. However, Lillian told Dean about Michael’s mother, who was sent to the mental hospital. This made Dean feel sorry for Michael, and he wished him luck on the day of the science fair. On the other hand, Dean was so overconfident and involved in thinking about Michael’s situation from the past few days that he didn’t do his project properly and failed. In this frustration, he insulted Micahel at the science fair by talking about his mother. However, in the end, he realized that he was wrong to do so, and his mother was the real hero who tried to help Michael.

The Wonder Years 2021 Episode 9: When Will It Release & Airing Time

Once again, the viewers enjoyed watching another episode with a lesson and comedy and are waiting for the next one. “The Wonder Years 2021 Episode 9 will release on 1st December 2021 at 8:30 pm ET on ABC.” In addition to that, the episode will be titled “Home For Christmas”. The next episode will probably celebrate the spirit of Christmas. However, it will also bring along laughter and another lesson for the viewers. Although, we will have to wait a bit longer than usual for the upcoming episode. The reason behind this is the fact that the show will return after an extra week’s break. So stay tuned till then, and don’t miss the episode coming on December 1st.

The latest American television series, which is a reboot of an old original, has got the viewers quite excited. That is why they are searching about where to watch The Wonder Years 2021 Season 1? The answer to that question is a rather simple one. “The Wonder Years 2021 Season 1 airs on Wednesday every week at 8:30 pm ET on the ABC television network in the United States.” Other than that, the show airs at 7:30 pm ET in Canada on the CTV television network on Wednesday as well. In addition to that, it is also available to watch on Youtube TV and Disney Plus Hotstar.

Are Amanda Kloots and Alan Bersten Dating? All About Their Relationship

Dominique Sachse has been ever-present on the Youtube scene while rumors circle around claiming that she has had a divorce...

Fran Kirby Partner: Who Is The Footballer Dating?

Scenes From a Marriage Season 2 Release Date: Will There Be A New Season?

Arbaaz Khan Girlfriend: Who is He in Relationship With in 2021?