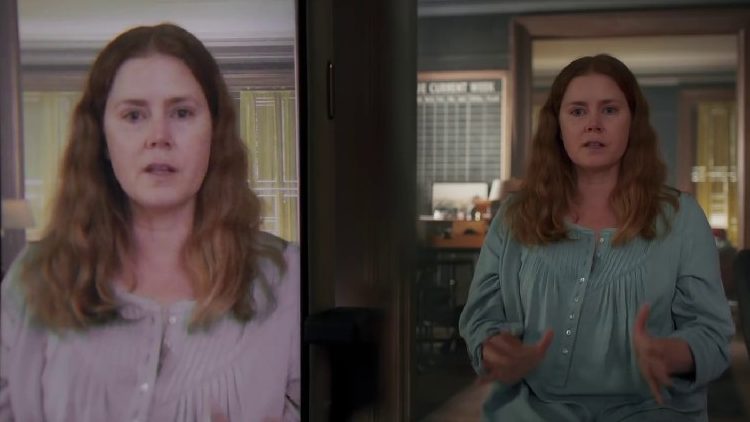 The Amy Addams starring psychological thriller “The Woman In The Window” is right around the corner now. A woman suffering from agoraphobia falls prey after she witnesses something horrific at her neighbor’s house. The movie is being directed by Joe Wright, who is known for movies like Pride & Prejudice (2005) and Anna Karenina (2012). The story of the film comes from a novel from 2018 of the same name written by pseudonymous author A. J. Finn. With a screenplay from Tracy Letts, the movie comes off as an anticipated thriller after a number of delays. Now being released by Netflix, here we are taking a look at everything we know so far about The Woman In The Window.

The Woman In Window follows the story of an agoraphobic psychologist played by Amy Adams. It also stars Gary Oldman, Anthony Mackie, Fred Hechinger, Wyatt Russell, Brian Tyree Henry, Jennifer Jason Leigh, and Julianne Moore in the lead roles. The movie will also mark as the last one coming from Fox 2000 productions. Especially due to the acquisition of 21st Century Fox by Walt Disney. So, with no further adieu let’s take a look at the release, plot, and what roles the cast of the film is playing for A.J. Finn’s novel adaptation.

Read More: Space Jam 2: Everything You Need To Know

Release Date For The Woman In The Window

The Woman In The Window is releasing globally on May 14, 2021, through Netflix. The OTT giant announced the acquisition of the distribution rights of the film on On August 3, 2020. Originally the film opted for an October 4, 2019 release by 20th Century Fox. But, Walt Disney Pictures got into the frame. They edited the pieces a bit after test screenings. This resulted in the movie’s delay.

The Woman In The Window met with a delay once again becoming a victim to Covid-19 Pandemic. Its May 2020 release was taken off from the calendar by 20th Century Fox. After a number of delays and ongoing struggles of cinema, Netflix got into play. They had talks with 20th Century Studios for the distribution rights of the film resulting in an official statement for release. As mentioned above, The Woman In The Window is the last movie to come from Fox 2000 label. The label officially got closed on the 4th of August 2020 after Walt Disney’s Acquisition and is therefore disbanded and discontinued.

The Plot – The Woman In The Window

The Official Synopsis of The Woman In The Window talks about the story of Dr. Anna Fox. A woman suffering from agoraphobia after a recent car accident. Separated from her husband and their nine-year-old daughter, she spends days drinking alcohol, playing chess, talking to her therapist, and communicating with people on the “Agora online forum”.

Apart from her day-to-day activities, Anna also keeps an eye on the newly moved neighbors The Russells. Until one day she sees something unusual at Russell’s place. She sees someone being stabbed. Reporting the case leads her into trouble thinking if it’s real or just part of the illusions she has been dreaming about. Check Out The Official Trailer For The Woman In The Window below.

The Cast For The Woman In The Window

The cast of The Woman In The Window features a number of renowned names. Starting off with Amy Adams (Arrival) taking the lead as Dr. Anna Fox, a 39-year-old suffering from Agoraphobia. Anthony Mackie (Captain America: The Winter Soldier) joins in as Edward “Ed” Fox, Anna’s husband, and  Mariah Bozeman as Olivia Fox, Anna and Ed’s daughter. Also joining the cast are a number of names playing the neighboring Russell Family. They include Fred Hechinger (News Of The World) as Ethan Russell, Jennifer Jason Leigh (The Hateful Eight) as Jane Russell, and Gary Oldman (Darkest Hour) as Alistair Russell

The Woman In The Windows is being produced by Scott Rudin, Eli Bush, and Anthony Katagas under 20th Century Studios, Fox 2000 Pictures, and Scott Rudin Productions. The movie is releasing on Netflix through Walt Disney Studios Motion Pictures. With music from Danny Elfman and the Cinematography of Bruno Delbonnel, Tracy Letts has handled the screenplay for The Woman In The Window under the direction of Joe Wright.