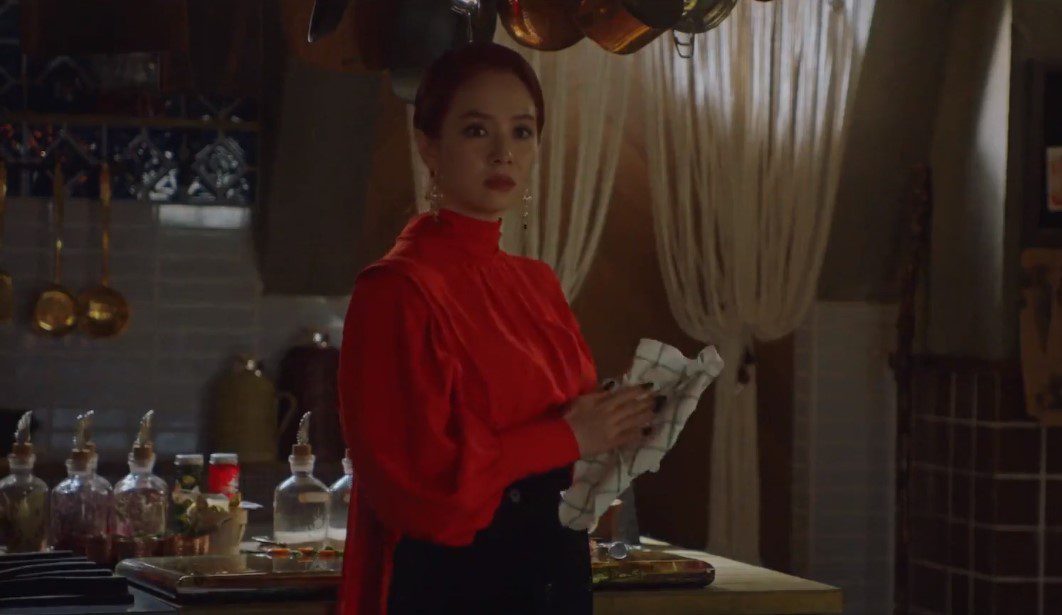 The Witch’s Diner is an ongoing South Korean drama series. The Witch’s Diner Episode 4 Release Date and more on its plot and preview is something we will be taking up today. The drama, the Witch’s Diner, has, until now, already aired 3 of its episodes. The series is quite unique and shows us a different and unique story overall. The fantasy drama is quite liked and appreciated by the fans and opened on quite a good note. The story of a magical dish fulfilling the wishes of the people is a new plot that is being displayed. Most of the dramas these days are webtoon adaptations or adapted from a source, and following the same trend the drama, The Witch’s Diner has also been adapted from a novel of the same name by Go Sang Hee.

It hasn’t been long that the drama started airing. And on its first week of premiering aired two of its episodes on the same day. The drama airs just one episode every week and has a total of just eight episodes. Hence the drama is quite short and, in the blink of an eye, will soon go off the air on 27th August 2021. The drama series tells us the story of desperate people who want to get their wishes fulfilled at the cost of anything. There is a magical dish which will grant you your personal desires but might, in return, cost you a lot.

The South Korean web series mainly has a total of just three main characters around whom the whole story revolves. But before proceeding any further, let’s also take a look at the release date of The Witch’s Diner Episode 4.

Still from the drama, The Witch’s Diner

Also Read: Transplant Season 2: Everything You Need To Know

When Will The Witch’s Diner Episode 4 Release?

The Witch’s Diner Episode 4 will release on 30th July 2021. The drama will air on its original network TVN at the 16:00 time slot. Unlike other dramas, The Witch’s Diner isn’t long and is likely quite a short drama. The drama has just a total of 8 episodes and will release its 4th episode this week. The series was in the making for a while, and as soon as the whole cast of the drama was finalized, the filming of the drama began. The drama finally started airing on 16th July 2021 and will go off the air on 27th August 2021. The drama airs once every week, on Friday, with the run time of each episode being approximately just 60mins. The TVN drama was adapted from a novel named, The Witch’s Diner by Go Sang Hee.

Still from the drama, The Witch’s Diner

The drama is also quite easily available and can be watched online on popular streaming sites like Viki and Wetv. The drama has three main characters, Jo Hee Ra, Jung Jin, and Lee Gil Yong. The story of the drama starts with Jung Jin, whose life was going absolutely fine until one day she gets dumped by her boyfriend and fired from her job. She then opens a restaurant that doesn’t do well, and soon she loses hope. Only then she meets a mysterious woman named Jo Hee Ra. She is a witch and fulfills the desires of people by serving them a magical dish. In return, she takes something that she wants. The drama has until now shown us how different people come to the restaurant with the hope of getting their wishes fulfilled even at a huge cost. Gradually the restaurant becomes famous and starts running well.

Still from The Witch’s Diner

The preview of The Witch’s Diner episode 4 shows us what we can expect from the drama’s upcoming episodes. The 4th episode of the drama will resume from where it left off in the last. It might continue with a series of new cases and new people and their problems who will come over to get their wishes fulfilled. The price one has to pay after fulfilling their wishes is a lot at times. The drama series holds quite an air of mystery around it, and with that, new plot twists will also be seen in the upcoming episodes.

In this article:k-drama, The Witch's Diner