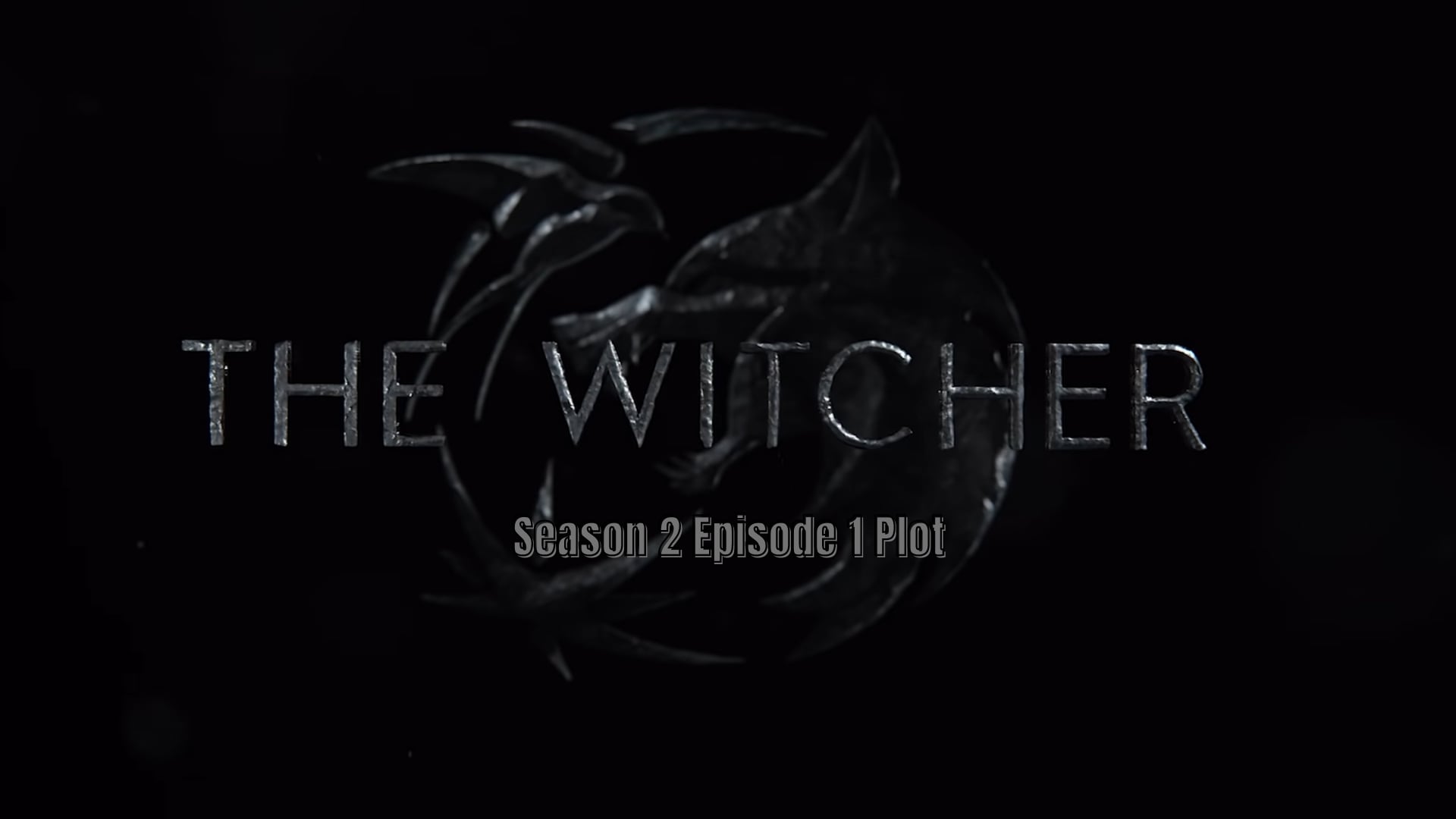 The Witcher Season 2 Episode 1 is coming in few months! Finally, the action-fantasy series The Witcher is making its comeback with a brand new season. The Witcher season two has become the center of attention since the release of the premiere date. The second season of The Witcher will be more intense and bring out various sub-genre to its viewers. Season two will feature how Geralt of Rivia and Princess Ciri going to the safest place to protect from the danger lurking outside. But how are they going to be safe from something which is far threatening that resides inside?

The Polish-American television series The Witcher was created by Lauren Schmidt Hissrich. The series is based on the book series of the same title by Andrzej Sapkowski. The story is set in a fictional landmass known as the Continent. The plot will explore Geralt of Rivia and Princess Ciri, the two main characters of the tale, who are tied to each other by destiny. Season two will explore more adventure and action.

The Witcher Season 2 Episode 1 is scheduled to be released on 17 December 2021 on Netflix. The second season comprises eight episodes. The first episode is titled “A Grain of Truth”. It will feature Geralt of Rivia, Nivellan and Princess Ciri. The upcoming The Witcher Season 2 will answer past mysteries while bringing new suspense and action to make the plot more intriguing.

The Witcher Season 2 has become the talk of the town after Lauren Schmidt Hissrich unveiled some of the major spoilers of the second season premiere episode. It has been revealed that The Witcher Season two, episode 1, is adapted from “A Grain of Truth” by Andrzej Sapkowski. Hissrich further explains that it will be a story of a father and daughter duo who come together in a place that does not appear safe for them. 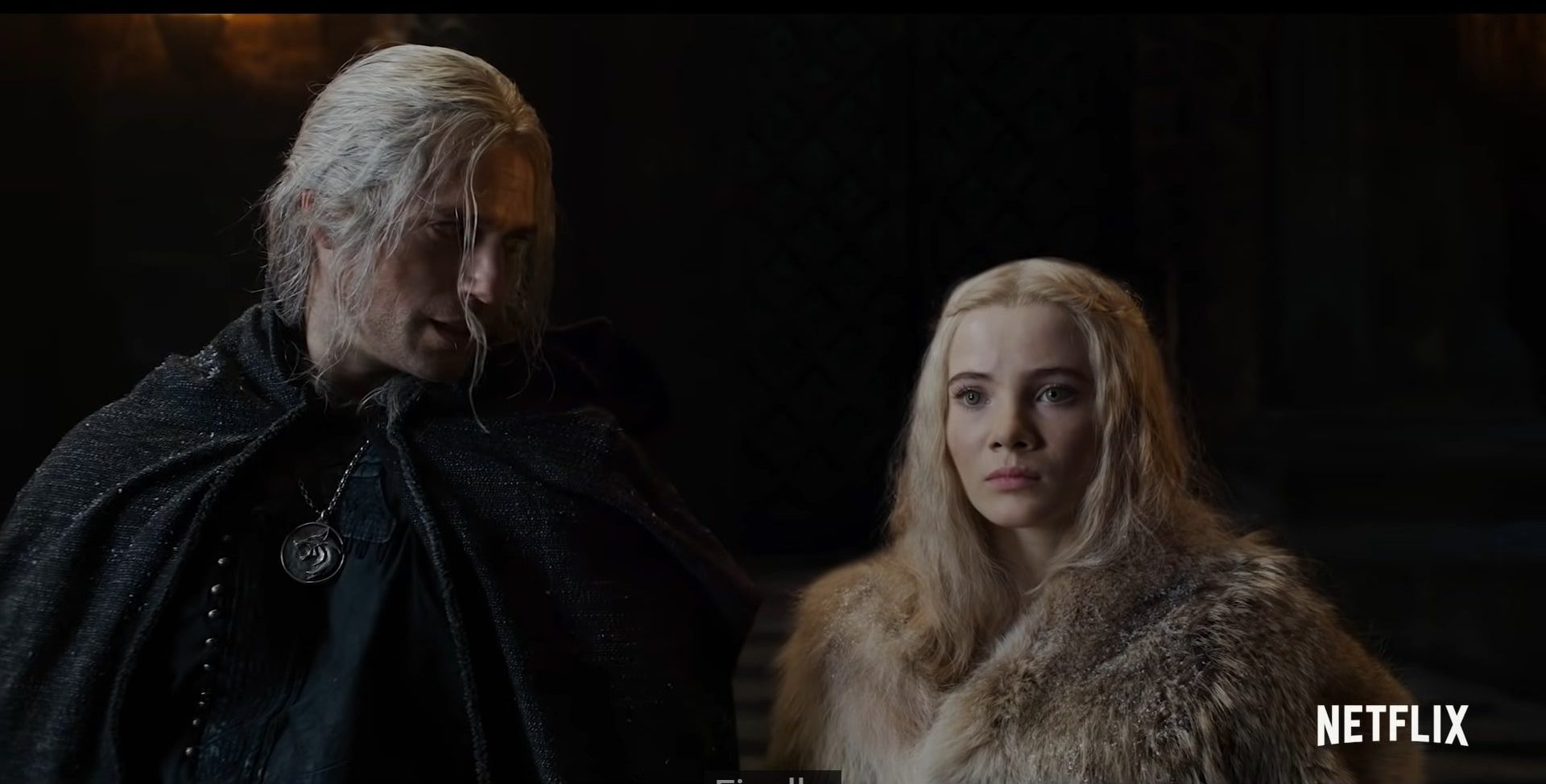 The Witcher S2 featuring Geralt of Rivia and Princess Ciri

Naturally, the plot will get into Nivellen, who is played by the excellent actor Kristofer Hivju. The story will explore his character and also his back scene with Geralt of Rivia. According to Hissrich, the premiere episode story is a perfect start point for season two since it is about family. He also reveals that the story resembles how we keep secrets from each other, keep monsters under the mask that we hide from the others. It talks about how we all hide different shades inside sometimes.

Netflix has also revealed the plot of The Witcher season two. Its synopsis states that at the Battle of Sodden, Convinced Yennefer lost her life. Furthermore, Geralt of Rivia takes Princess Cirilla to the safest place he seems to know, which is his childhood home of Kaer Morhen. However, the danger lurking outside as well as inside. Whereas Humans, Demons, Elves, and the Continent’s Kings strive for domination, he must protect the girl from something, which is far more dangerous than an outside threat; the mysterious power that the girl possesses inside her.

Cast Of The Witcher Season 2

In the upcoming season, we will be greeting numerous characters from the previous season. The series stars Henry Cavill as Geralt of Rivia, Anya Chalotra as Yennefer, Freya Allan as Ciri, Joey Batey as Jaskier, MyAnna Buring as Tissaia, Eamon Farren as Cahir, Anna Shaffer as Triss, Terence Maynard as Artorius, Therica Wilson Read as Sabrina, Tom Canton as Filavandrel, Lars Mikkelsen as Stregobor, Lilly Cooper as Murta, Royce Pierreson as Istredd, and Jeremy Crawford as Yarpen Zigrin.

Besides the above cast members, the second season will also feature new faces such as Kristofer Hivju as Nivellen, Adjoa Andoh as Nenneke, Liz Carr as Fenn, Graham McTavish as Dijkstra, Simon Callow as Codringher, Yasen Atour as Coen, Paul Bullion as Lambert, Cassie Clare as Philippa Eilhart, Kevin Doyle as Ba’lian, Chris Fulton as Rience, Agnes Bjorn as Vereena, Basil Eidenbenz as Eskel, Mecia Simson as Francesca and Aisha Fabienne Ross as Lydia. With the previous characters and the emergence of new characters, the upcoming season will bring a more intense plot for its audience. To know more, mark the date and watch The Witcher Season 2 Episode 1. While waiting you can watch the first season of The Witcher on Netflix.

In this article:netflix, The Witcher, tv show