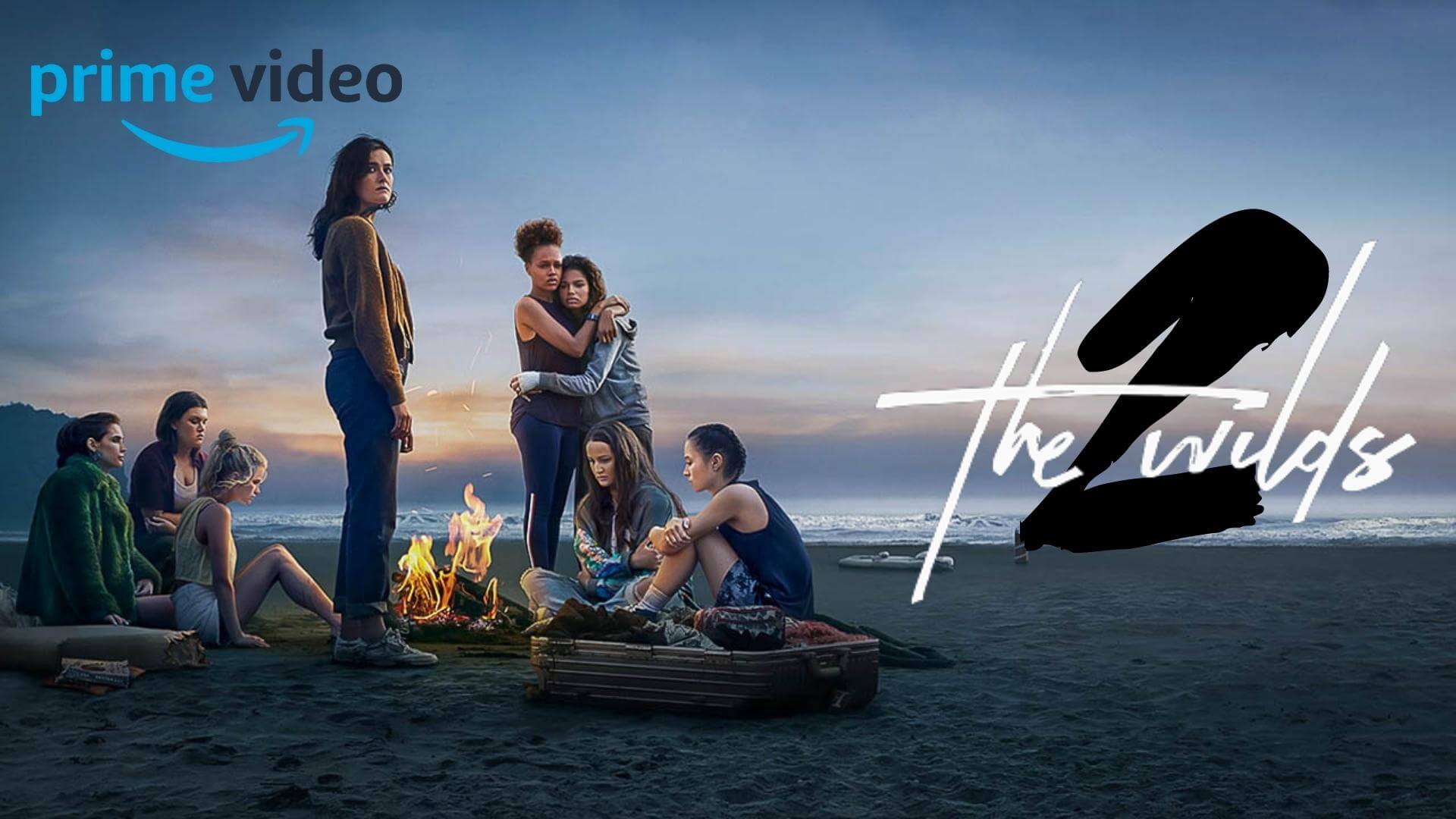 The new Amazon show “The Wilds,” about a group of eight teenage girls who are abandoned on a lonely island following an aircraft disaster, stunned many in December 2020. Isn’t that how it goes? Sure, it shares some similarities with the plots of “Lost” and “Lord of the Flies,” but that’s about it.

The eight girls believed they were on their way to Hawaii for a program called the Dawn of Eve, which focuses on women’s empowerment before the plane crashed. When they crash and are left to fend for themselves on the island, they forget why they were on the plane in the first place, until a series of weird events lead them to believe there is something more going on. The youngsters are unaware that they are participants in a planned sociological experiment, including the plane accident.

The first season concentrates on the young girls’ attempts to survive on the island, with flashbacks to their life before the accident and after they are “rescued,” detained in an unknown location, and interrogated by two fictitious FBI agents. “The Wilds” includes a total of ten episodes in Season 1 and was a tremendous hit for Amazon, receiving a Season 2 renewal fast.

The Ending Of The Wilds Season 1

Nora’s backstory is revealed. She liked a boy, but her sister thought he was too strange—and not in a good way. Nora chose to adhere to Rachel’s advice, which resulted in the breakup of her relationship with the lad. After all, he wasn’t pleased that she followed her sister’s advice rather than her own heart. The pain became even more excruciating. Nora learned that the person had been killed in a hazing accident while rushing a frat, so she went to the prison in the hopes of speaking with the perpetrator and learning why he did it. 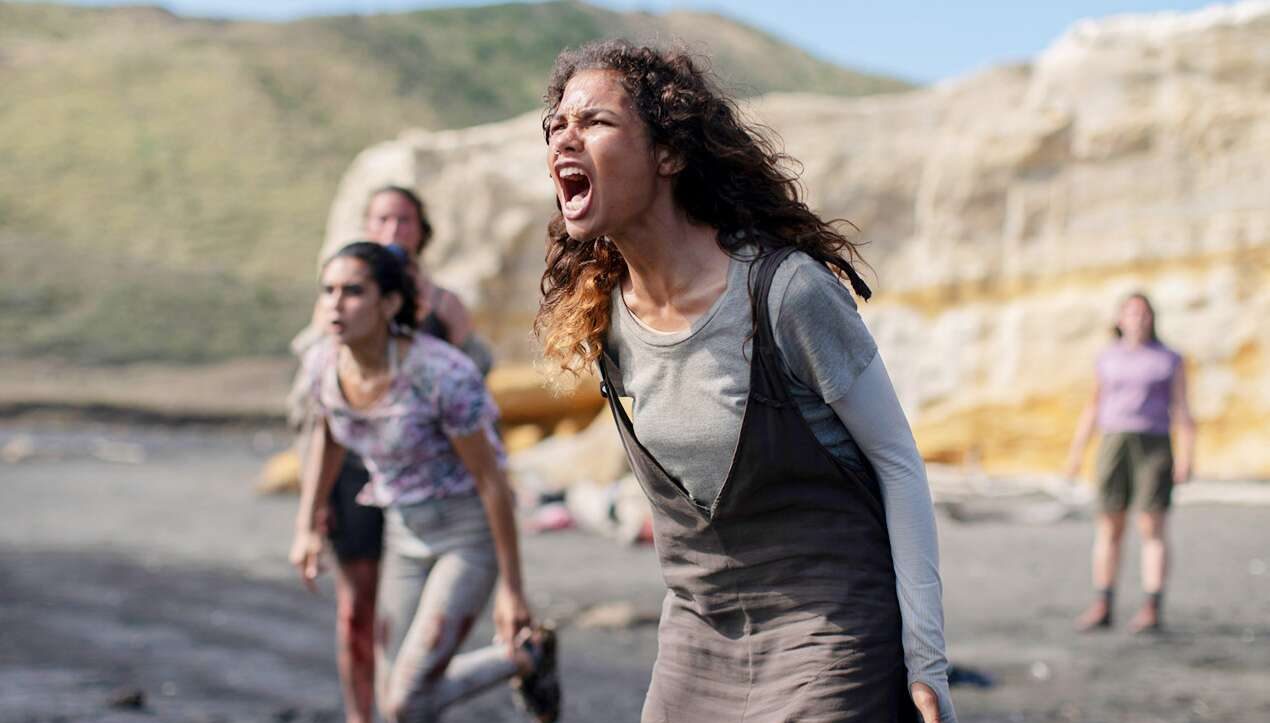 The Ending of The Wilds Season 1

Gretchen’s child he was. Gretchen and Nora began talking because she was waiting to see him. Gretchen now gets the opportunity to inform Nora of her planned experiment. Nora is the second mole, according to her. Nora agrees, but only if Rachel is allowed to accompany her to the experiment. She can’t abandon her sister, and she believes this is in Rachel’s best interests. As a result, we watch Nora leaving messages and notes for Dawn of Eve in flashes. She has every reason to be concerned about Leah.

Leah Learns About ‘Twilight of Adam’

Meanwhile, Leah asks Dean to take her outdoors for some fresh air in the bunker. There is a garden, however, it is enclosed. It is, nevertheless, some air. Dean even informs Leah that they have arrived in Peru. Leah is taken aback. They were meant to be on retreat in Hawaii, and they would have been returned to the United States without a doubt. It’s evident that getting out of this facility isn’t an option. Leah, on the other hand, double-checks the message Shelby left her. “You were correct,” the note concludes. What do you mean? Leah rushes out of her room and into the garden one night when the sirens go off.

She can’t get out, and there’s a potential that someone is looking for her, so she hurries into another room. Shelby, who has experienced anaphylactic shock, is the target of the alerts. Was there any intention of allowing Leah to flee? Maybe, but Leah isn’t going to make it out alive. She instead finds a room with a television. On an island, there are a group of adolescent boys in a scenario identical to the one in which the girls found themselves. “Twilight of Adam,” a folder says. What exactly is Adam’s Twilight? What does this imply for Gretchen’s experiment and the girls? We’ll need Season 2 of The Wilds to find out. 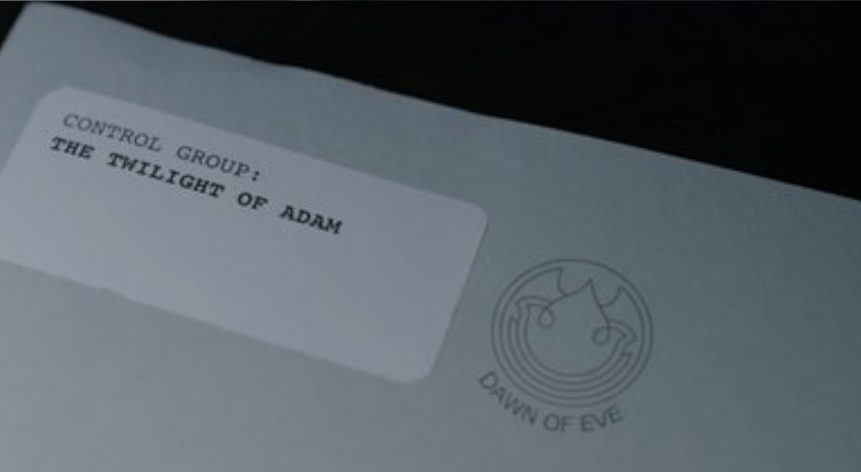 ‘Twilight of Adam’ in The End

When Is ‘The Wilds Season 2’ Going To Release? – Season 2 Release Date

Season 1 of The Wilds was released in early December 2020, after filming in places across New Zealand a year prior in October 2019. Due to the pandemic, the series’ Season 2 production was delayed slightly, but it was ultimately allowed to begin in April 2021, as revealed by a behind-the-scenes video shared by the official “The Wilds” Twitter page. In March, it was also revealed that Season 2 would be shot in Queensland, Australia, rather than New Zealand, where Season 1 was shot. The possibility to gain additional federal financing from Australia, which has been a significant production location for TV and movies over the last decade, is most likely one of the driving forces behind this shift.

Season 2 of The Wilds feels like it’s taken an eternity to arrive. Variety announced in April 2021 that the cast and crew had begun filming in Queensland, Australia, a significant change from season 1’s predominantly New Zealand-based production. Filming for the film was completed in August 2021, as reported on Twitter (where else?). Fans of The Wilds will be able to watch the show on Amazon Prime Video on May 6, 2022, after it premieres on Netflix.

Who Is Returning And Who Will Be The New Faces? – Season 2 Cast 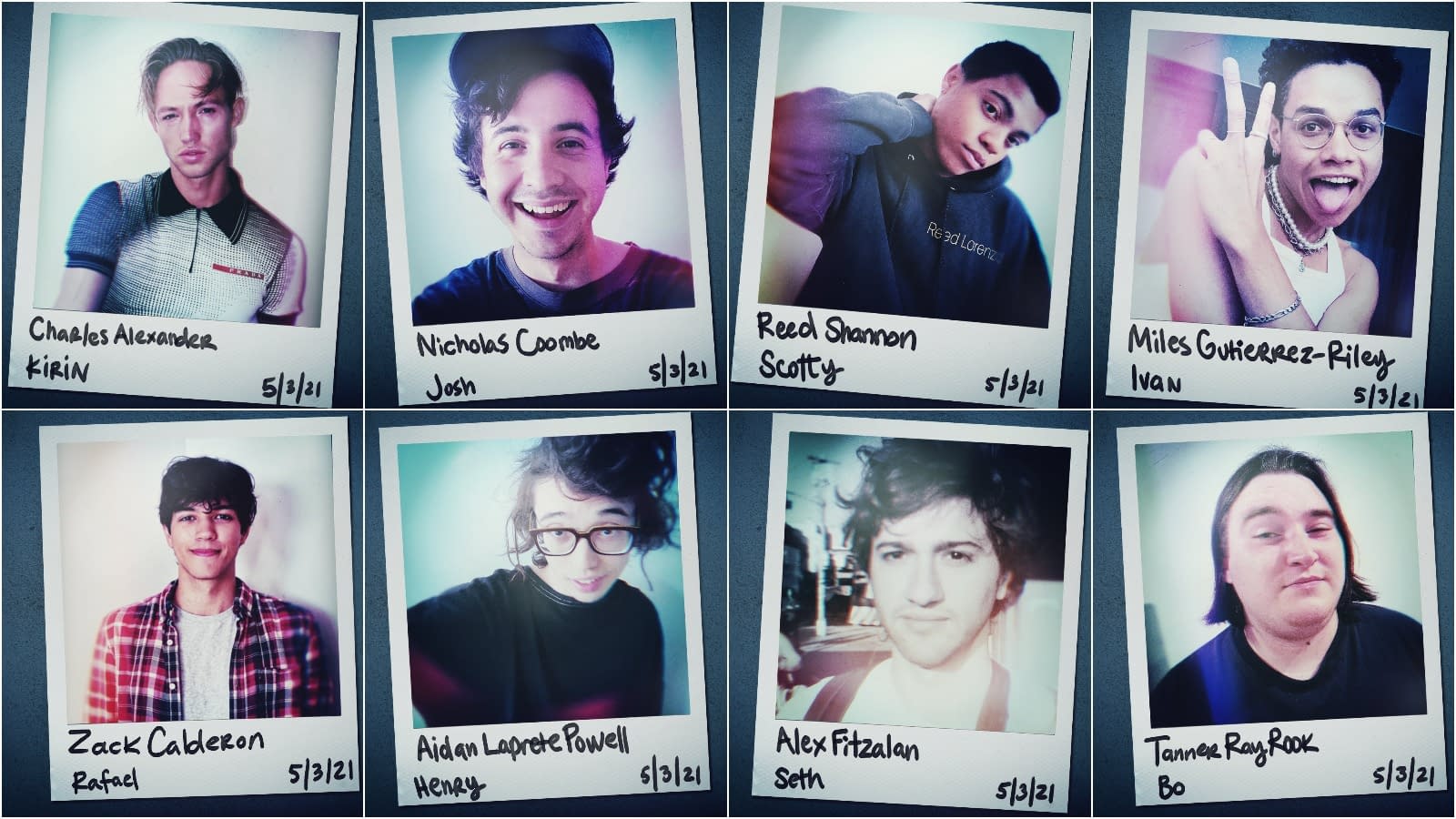 What Will Happen In The Wilds Season 2? – Season 2 Plot

It’s clear from the start that the girls’ being trapped isn’t all that it looks, like and that the suffering they’ve been through isn’t by chance. The girls from ‘Dawn of Eve’ are actually participants in Gretchen Klein’s bizarre social experiment. What do you want to accomplish? To demonstrate the benefits of a “Gynotopia,” a patriarchy-free society created by females. The plot, however, has many layers. The girls are being interrogated by alleged FBI agents following their rescue.’ However, a suspicious Leah tries to escape and discovers a surveillance screen depicting a bunch of lads who appear to be stranded in the same way they are.

According to a file on the desk, ‘The Twilight of Adam.’Clearly, the females from ‘Dawn of Eve’ aren’t the only unwitting subjects of this experiment. We definitely haven’t even begun to scrape the surface of what’s going on. Nora and Rachel, fraternal twins, were also savagely mauled by a shark in the season 1 finale. Nora appeared to make the ultimate sacrifice in order to save her sister, and while Rachel survives, a flashback reveals she lost her hand. Nora is most certainly dead, but anything may happen in The Wild. 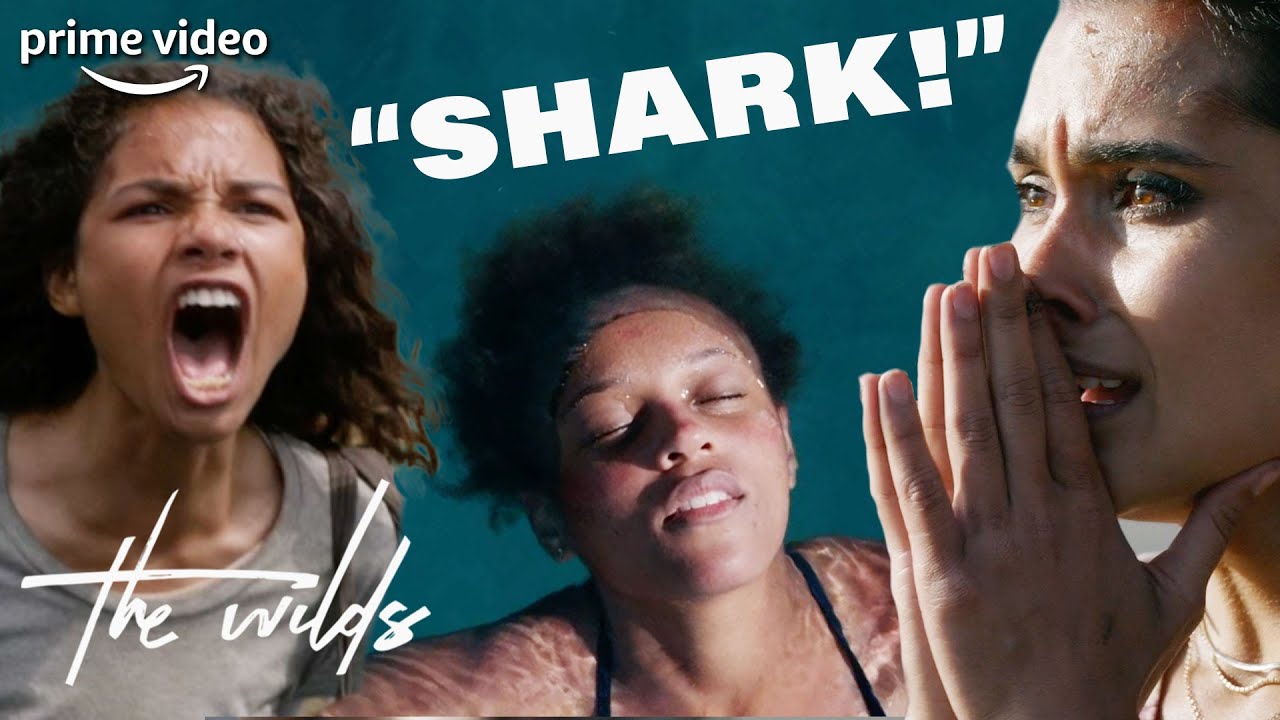 Nora is eaten by Shark

Martha is definitely dead, according to the weird organization behind it all, who is worried that her parents would sue them for her death. We know she perished sometime between the shark attack and now, so hopefully, season 2 can shed some light on this.

Where To Watch The Wilds Season 2? – Streaming Details

The Wilds season 2 will be accessible on Amazon Prime Video, just as in the previous season. Amazon Prime, which offers other privileges with the main Amazon site, costs £7.99 per month if you pay on a monthly basis. If you like to plan ahead, you can purchase Prime for £79 each year, which works out to £6.58 per month.

If you prefer to keep things simple, you can sign up for Amazon Prime Video’s standalone membership. The monthly fee is £5.99. You’re out of luck if you like DVDs and Blu-rays. We doubt the second season of The Wilds will be any different than the first. Also, to view the series, you’ll need a premium membership to Hulu, fuboTV, Philo, or YouTube TV. Finally, it’s available on VOD platforms such as Apple TV, Amazon Video, and Vudu.

Also Read: How Many Episodes Are There In 1883 the Yellowstone Prequel Series?