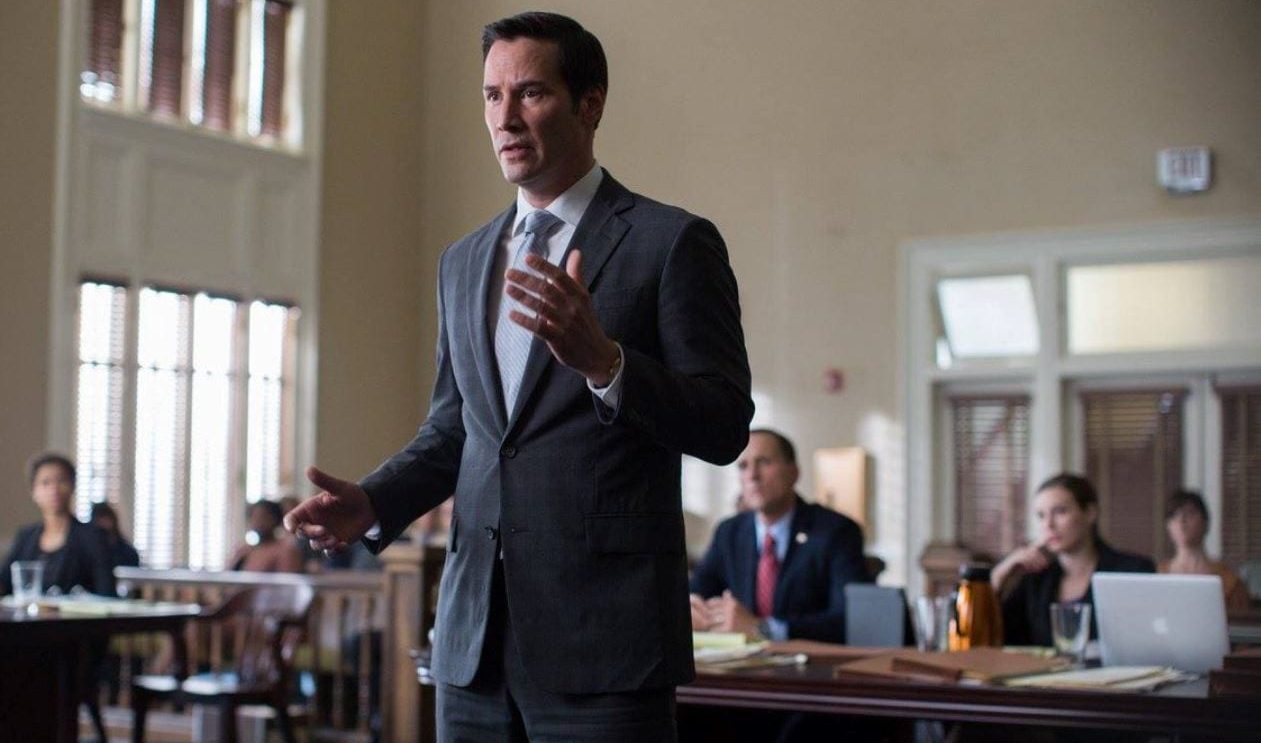 Starring Keanu Reeves, The Whole Truth is a 2016 thriller film. This film by the Frozen River director Courtney Hunt takes one through the flawed universe of a courthouse. While most of the scenes occur within the confines of the four walls, much of the valuable information is given through flashbacks and chatter outside the courtroom. The case in The Whole Truth is seemingly an open and shut case of patricide. But for any courtroom story, the plot boils down to the final verdict. While for the most part of the film, the defendant is clearly guilty, but as we head towards the second half of the film, we are presented with a twist in the tale. The case which had become overbearingly cut-and-dried has a fresh perspective. While we all had our focus on the case’s verdict, what really happened in ‘The Whole Truth’ ending?

Keanu Reeve’s Richard Ramsey is a seemingly alpha-male attorney who looks to defend an old family friend. Mike Lassiter is a sullen teenager who is being held at suspicion for the death of his father, Boone Lassiter. When police had arrived on the scene, they had spotted Mike crouching over his dad’s body. He has the knife in his hand while he practically utters a confession to the crime. Even so, he has been silent ever since making the case a tad more difficult. A story fueled by deceit, the ending of The Whole Truth hardly does the stars of the movie any justice. As we see Mbatha-Raw as Janelle, Ramsey’s co-counsel hardly has two instances of valuable parts within the film. While the case is quite stale in its ruling, the film only starts getting any suspenseful as it nears its end.

The Plot of ‘The Whole Truth’

Richard Ramsey is an attorney defending the 17-year-old son of his late colleague Boone Lassiter. Mike Lassiter had allegedly killed his own dad in an act of pent-up aggression. For this case, Ramsey feels his own pressure to save Mike. But things do not seem well for him as Mike has stayed silent the entire time. For this case, Ramsey employs the daughter of another colleague, Janelle Brady. She was a talented lawyer who had recently left her career in corporate law and was now employed as Ramsey’s co-counsel.

Also Read: Awake: New Netflix Movie Trailer – What Is It About? 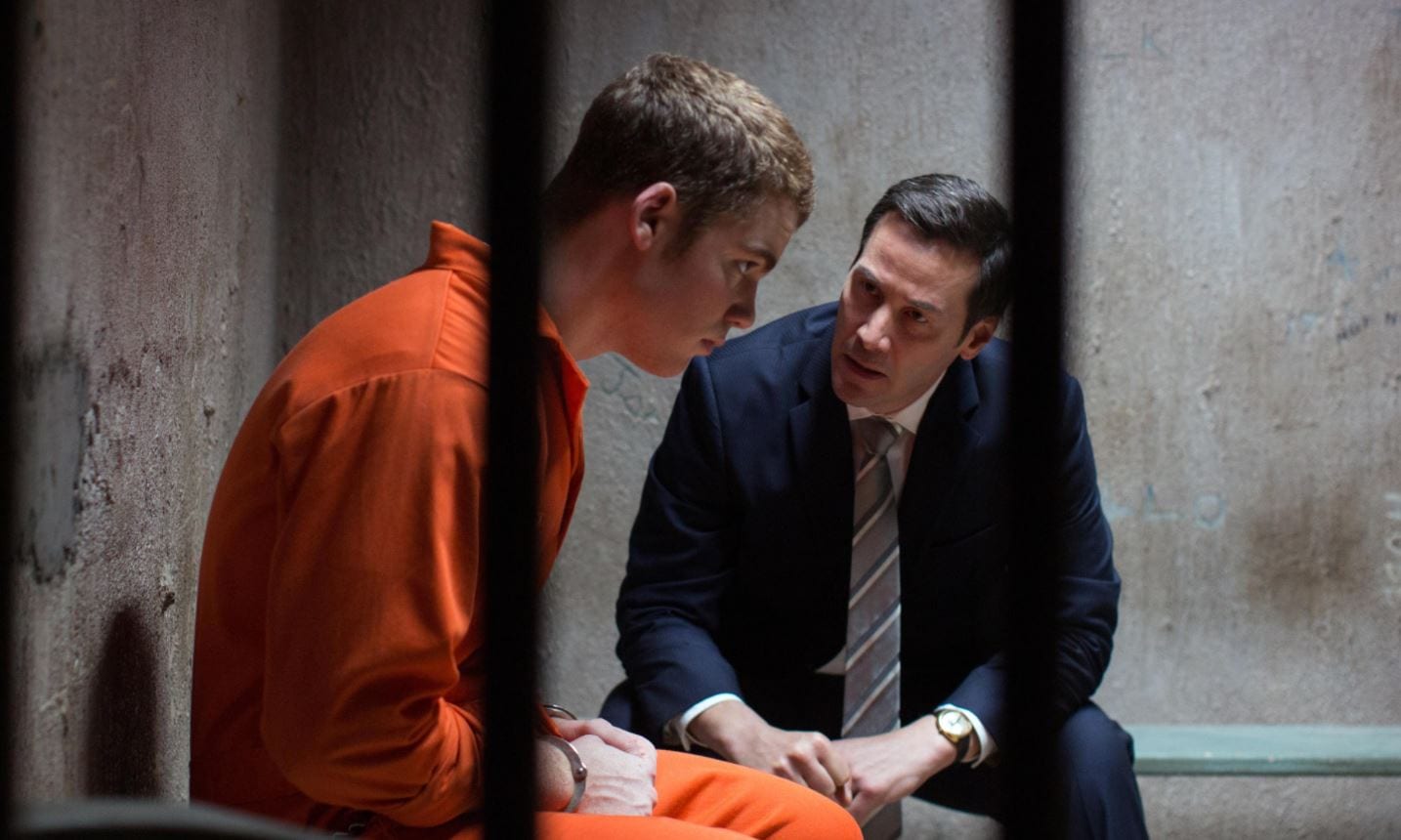 Boone Lassiter was a wealthy man who even made use of charter flights. He and his son were on a return journey from Stanford, from where we have the first witness for the case. The flight attendant was brought on to questioning where she claimed that there was tension brewing between Boone and Mike Lassiter. Apparently, Mike Lassiter wanted to go to Reed College while his father was forcing him to attend Stanford University. A bit later, we even hear testimony from the police officer who first arrived at the crime scene. She testifies to the court that when she arrived at the crime scene, she saw Mike over Boone’s body as he muttered, “I should’ve done it long ago.” Conclusively, the chief detective assures that they had found his fingerprints on the murder weapon as well.

The Lassiters’ neighbors claim that in his early years, Mike was very close to his father, Boone. But as years passed by, they could sense them being distant from one another. They even testified regarding Boone’s arrogant behavior towards them and his family. We even see flashbacks that show Boone having multiple affairs all while belittling her wife, Loretta Lassiter. The scene itself depicts the hostile nature Boone had towards her both in public and private. Even Loretta testifies how she was constantly mentally and physically abused by her husband. On the day of her murder, she claimed to have another fight, after which she went for a bath. When she returned, she found Mike over her husband’s body admitting that he killed him. Ramsey provides pictures of Loretta’s bruised body taken a day after the murder. This was evidence of Boone’s cruelty to his wife. 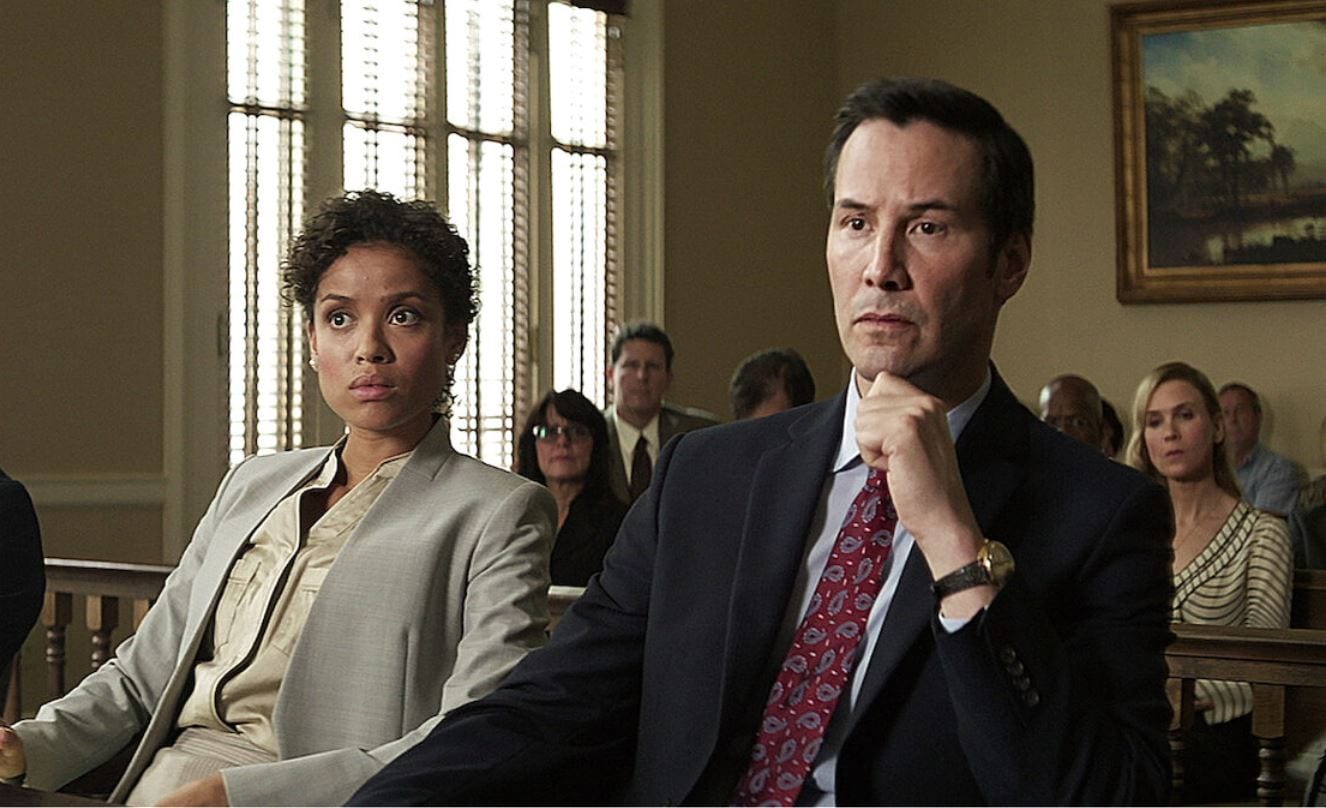 Mike finally decides to start talking as he finally takes his stand. He confirms that all the testifications directed towards Boone’s arrogant behaviors given by her mother and the neighbors were true. While he does so, he even admits to killing his father. He says that he did not do it to save his mother from physical abuse. But he did it to save himself as he claims that he was molested by his father. Ever since he was 12, Boone would violate Mike throughout the years. He claims that his father had done the same on the flight back from Stanford. And Boone even told him that he would do the same to him before he went off for college. Aggravated from this, Mike committed the murder.

The prosecution again calls upon the flight attendant, who claims that nothing of the sort occurred on the plane. But as Janelle starts questioning her, we slowly realized she was having extramarital affairs with the co-pilot Gibson. Due to this, she may have spent over 10 minutes away from the father and son, giving Boone enough time to molest his son. But Janelle slowly starts getting suspicious of Mike’s testimony. When she meets Loretta outside the courtroom, she becomes certain that mike was protecting her. She confronts Ramsey about this only for him to says that their duty was to save Mike and not find the truth. Janelle storms off as it makes Ramsey worry. The absence of an attorney may have adverse effects on the jury. But luckily for him, she arrives for the verdict. Here, despite the lack of evidence of Boone’s abuse on Mike, he is acquitted.

What happens in The Whole Truth Ending? 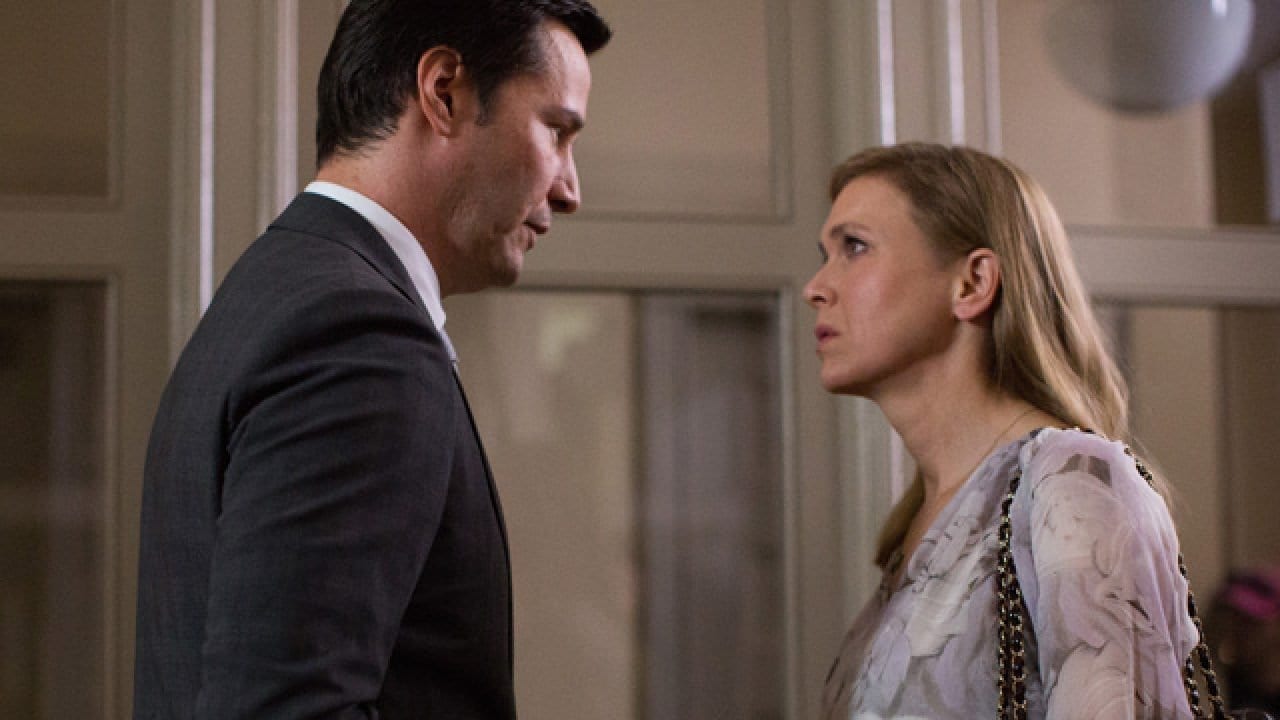 While Mike waits for his belongings to be brought over to him, he confronts Ramsey. He sketches a watch that belonged to Ramsey in the room where his father was murdered. His mother covertly tries to hide it but he had already seen it. Mike claims that he only took the fall to save his mother, but it won’t be the same for Ramsey. Mike threatens to file a case against Ramsey, but he denies the accusations saying that it will hurt Mike’s credibility due to him having lied under oath.

Ramsey has a flashback of the true events which had occurred. One day as Ramsey was in the courthouse, Boone calls him over to talk to him. He had a suspicion about his wife Loretta having an affair with someone. On questioning, Boone claimed that he did not know who the man was. So, Ramsey asked him to divorce his wife. But Boone told him that he can’t do that as his wife won’t be able to live without him. Later, we see Ramsey conspiring with Loretta to kill Boone. The plan was to set it up in a way where it would seem that Loretta was defending herself. But as Mike’s soccer practice ended early, he came back home. This leaves them no time to arrange evidence soon after which Mike confesses to having committed the crime.

Also Read: How To Watch Girl From Nowhere? 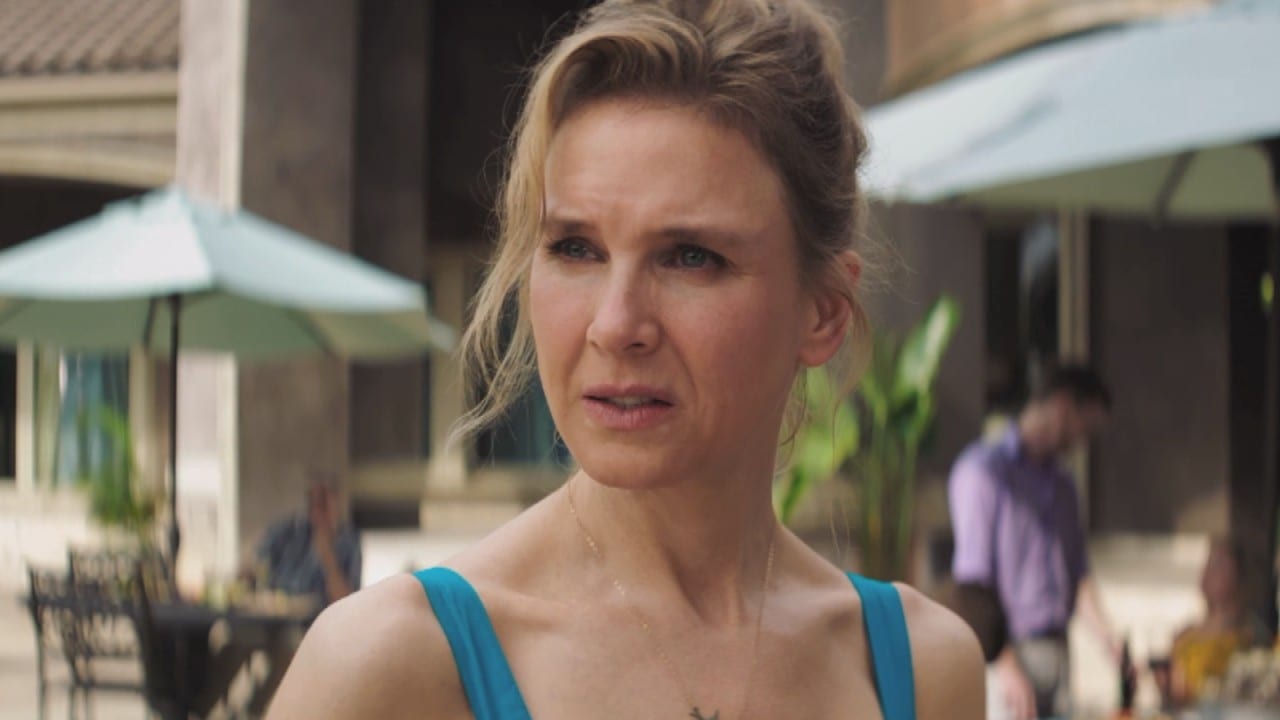 Loretta Lassiter was having an affair with Richar Ramsey. But as Boone started to have an idea of her infidelity, she and Ramsey conspire to kill him. The truth is, when Boone confided in Ramsey over his wife’s infidelity, his claim that his wife won’t be able to live without him sounds like a threat. Maybe Boone already had his suspicion over Richard and only wanted to reaffirm it by seeing his reaction.

In The Whole Truth ending, we see the flashback where Ramsey comes over to their place in a black hoodie to kill Boone. During this, Loretta goes into the bathroom forging evidence of physical abuse. She does so by hitting herself repeatedly on various parts of her body. But just after Ramsey kills him, Mike comes back home. Mike who saw Ramsey’s watch knew that his mother may have been involved in this. So to protect her, he takes the fall as the murderer. He claimed that he only killed his dad in defense to protect his mother. In truth, Mike was never molested by his father but only tainted himself with the claims to have the upper hand in the court. If you want to rewatch this 2016 film, it is now available on Netflix and Amazon Prime Video. 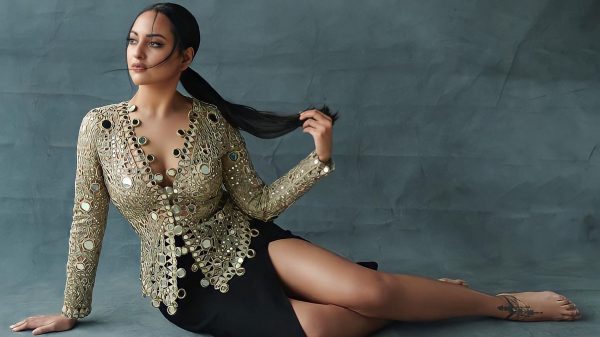