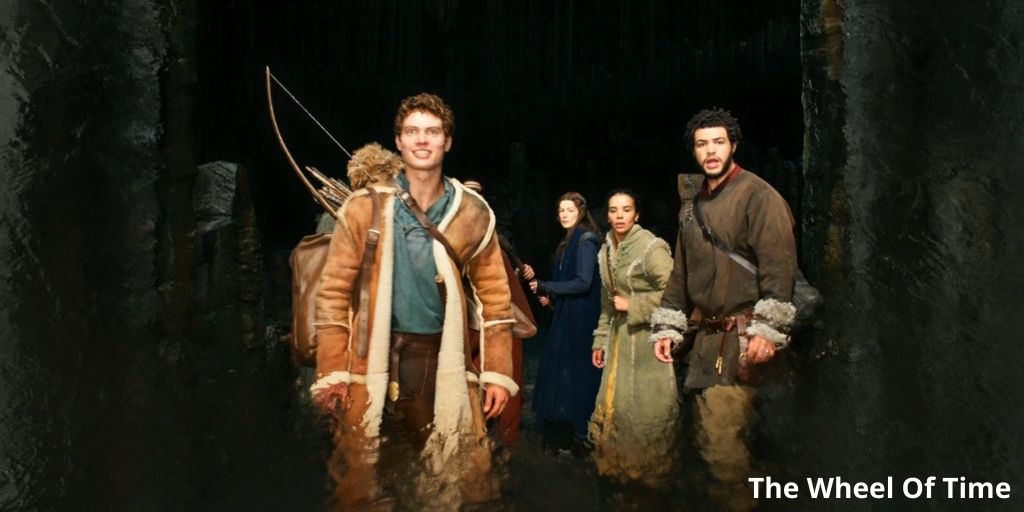 Things are about to get dangerous and darker in The Wheel Of Time Episode 7 as Moiraine and the others travel to the eye of the world. The previous episode gave us a look at all the four village friends uniting with each other. Meanwhile, Moiraine discovered everyone’s location in Tar Valon before anyone else from the tower could get to them. In addition to that, she helped Mat by taking out the dark power from his body.

Whereas, she helped Perrin by getting him healed after he was tortured by Valda during his time under the prison of the Whitecloacks. However, things got difficult for Moiraine when she did not tell the purpose for all her traveling since she last left the White Tower. Moreover, she had to suffer a dire consequence of disobeying the command of the Amyrlin Seat.

On the other hand, the viewers learned a big secret about the Amyrlin Seat as well. The latest American television series that follows the popular genre of epic fantasy has garnered a huge audience in a matter of weeks. It first came out on 19th November 2021 and created quite a buzz around the world. Since then the fans have been hooked and have been watching every episode. But now they are eager to watch The Wheel Of Time Episode 7. However, let us find out what happened in the previous episode that got the viewers hyped for the next episode. 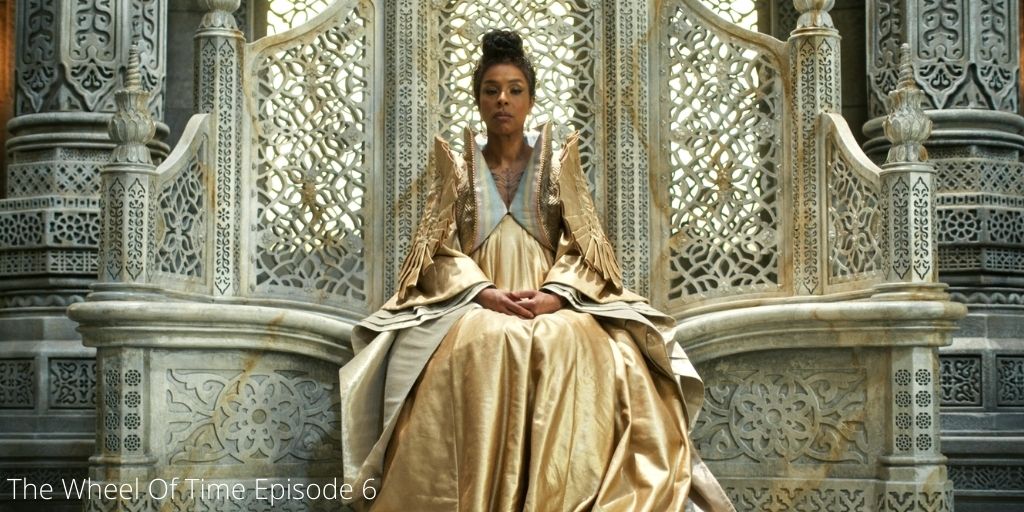 The Wheel Of Time Episode 6 Recap

Episode 6 of The Wheel Of Time came out on 10th December 2021. Moreover, the episode was titled “The Flame Of Tar Valon”. The episode began with a story from the past where a small girl named Siuan lived with her father. However, she left for the White Tower on her father’s wish after their home was destroyed. Meanwhile, in the present, we see that Siuan now holds the highest seat in the White Tower known as the Amyrlin Seat, and is called by the name as well. Moving on, we see that Siuan aka Amyrlin seat questions Liandrin, Moiraine, and Alanna about the false dragon Logain and everything that went down. Meanwhile, she questions Moiraine about her findings in the two years of travel. But Moiraine refuses to tell her and Siuan orders that she will announce a suitable punishment the next day to Moiraine for disobeying the command.

However, later at night, we see that Moiraine uses a secret path to go meet Siuan in her room. It turns out that the two are lovers secretly behind closed doors. Moiraine tells her about the villagers and any one of them could be the Dragon Reborn. But in order to continue with the journey, Moiraine tells Siaun to exile her from the tower so that no one suspects anything. On the other hand, Moiraine had already healed Mat from the dark power residing inside him that he carried with the dagger from Shadar Logoth. Moreover, she also got Perrin healed as well and told Egwene to wait for her message and meet her at a secret place. Finally the next morning, Moiraine takes Egwene and Nynaeve to meet Siaun in person before they leave. 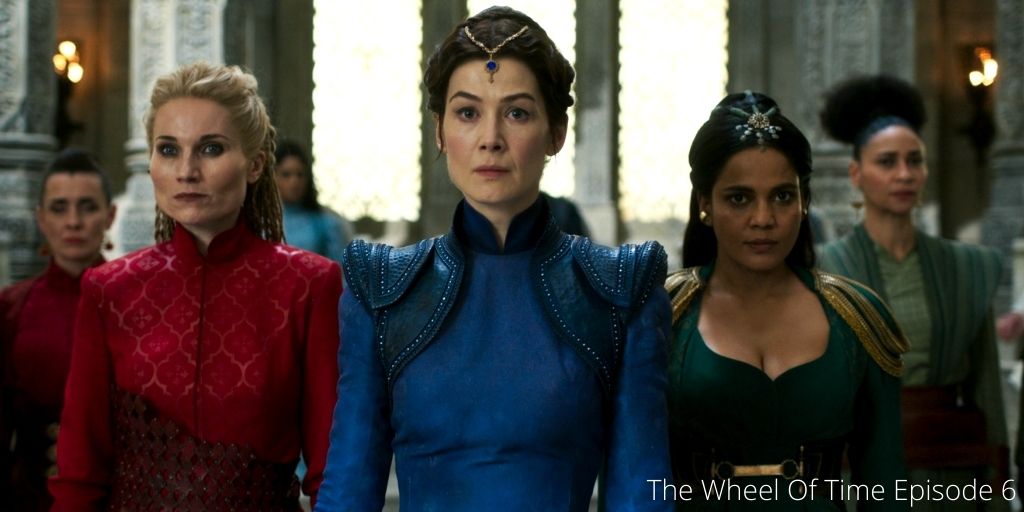 Meanwhile, later at the hall of the Tower, Siuan does exactly what Moiraine had asked her to do, that is exiling her from the White Tower. Moiraine then leaves the tower with Lan and meets the others at the place she told everyone to come to. Eventually, all the village friends meet each other after a long time since they were separated. However, now another big challenge awaits them as Moiraine builds a Waygate with the help of Loial. This gate is the fastest way to reach the Eye of the World. Everyone joins Moiraine on the journey. Although, Mat stays back thinking about what awaits on the other side and does not go with them. Eventually, the gate closes with Mat left alone while the others are now on their way to fight the Dark One.

“The Wheel Of Time Episode 7 will release on 17th December 2021 at 7 pm ET on Amazon Prime Video.” Moreover, the episode will be titled “The Dark Along The Ways”. The episode will see the villagers, Loial, Lan, and Moiraine getting closer to the Eye of the World. Meanwhile, Moiraine will warn them about the power of the Dark One. But it seems like this will be the only way to find out who is the Dragon Reborn. So stay tuned for the next adventure.