The Wheel Of Time Episode 5: Is The Dragon Reborn Finally Found? 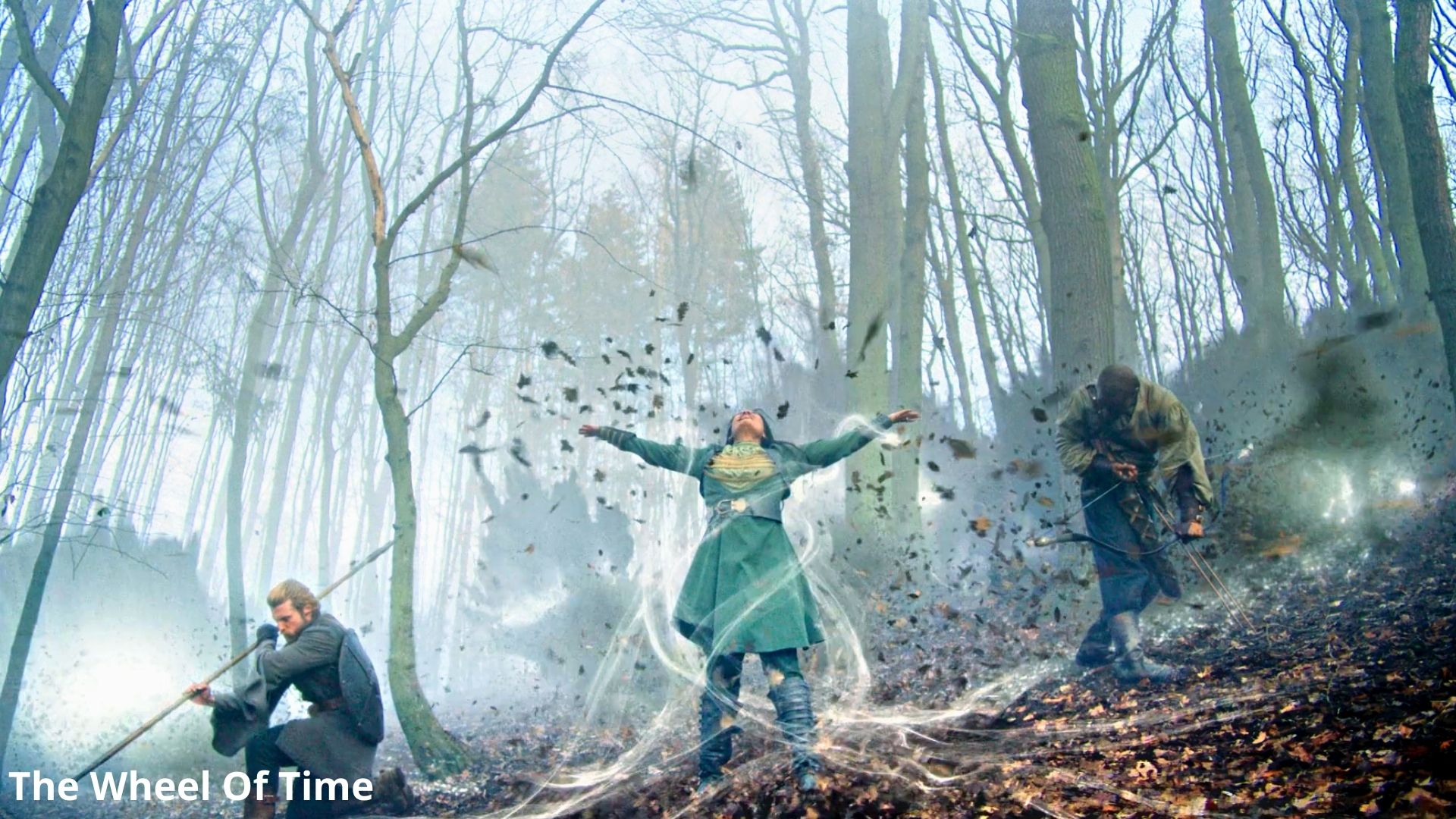 The Wheel Of Time Season 1

Yet another fascinating episode of the latest fantasy series has arrived and has got the fans excited to watch The Wheel Of Time Episode 5. The show explored the character named Logain, who claimed to be the Dragon Reborn. However, the Aes Sedai seemed to consider him a fake and therefore kept him inside a cage. Although, he seemed to have immense power, unlike anything the Aes Sedai had ever encountered. Meanwhile, al’Lan was trying to get Nynaeve to feel comfortable around the Aes Sedai and the other Warders.

On the other hand, Mat, Rand, and the Gleeman Thom came across a powerful force of evil, and innocent people died due to it. Whereas Perrin and Egwene were in their own doubts whether they should move ahead with the Tinkers or not. The American epic fantasy has been the talk of the internet long before its release. The viewers all around the world had been waiting for the show to finally kick off on 19th November 2021. As the show aired the first three episodes on the premiere date, it attracted a huge number of viewers that made the show’s launch a huge success.

The show has taken its inspiration from a very popular fantasy novel series of the same name. Furthermore, the famous American author Robert Jordan has written the book series. A well-known American tv personality Rafe Judkins has created the show. He is also the executive producer of the show, along with Mike Weber, Darren Lemke, Rick Selvage, Larry Mondragon, and Ted Field. The show has aired the first four episodes, and the fans are now awaiting the release of The Wheel Of Time Episode 5. However, let us take a recap of the fourth episode and find out what happened.

The Wheel Of Time Episode 4 Recap

Episode 4 of The Wheel Of Time came out on 26th November 2021. Moreover, the episode was titled “The Dragon Reborn”. The episode began with a flashback from the fight at Ghealdan. We saw how Logain used his immense power to defeat the king, but he did not kill him. This made the king loyal to Logain, who was claiming himself as the Dragon Reborn trying to bind the world. Meanwhile, in the present, the Aes Sedai sisters were holding him captive in a cage using their powers.

Although, he was too strong, so they were switching in between to take turns while the other rested. On the other hand, the Aes Sedai of the Green Ajah, Kerene cured Moiraine with her powers. But she seemed to be exhausted and told Moiraine that shielding Logain with their powers is taking a toll on them. So Moiraine decided to step in and hold the shield for some time with her powers. Meanwhile, al’Lan was trying to get Nynaeve to feel comfortable around all those people as she felt left out. In the camp, there seemed to be a conflict with the Red Aes Sedai as Liandrin wanted to kill Logain. She thought he was corrupted by the Dark One’s power and was not the Dragon Reborn.

On the other hand, we saw Mat and Rand trying to make it to the east with the help of Thom. They reached a place where they found a house between the woods and decided to stay there for the night. However, the owner saw them and Rand came clean about their plan to just stay the night in the barn and leave the next day. So the family agreed that they work for it and stay the night. However, Mat was looking different and acting a bit strange. This made Thom suspicious of him. Meanwhile, on the other side, Perrin was having doubts about the Tinkers.

Mat Is Possessed By The Evil Force

Rand and Mat have to work in the barn if they want to stay the night, so they start doing that. However, Mat starts to feel nauseous and walks away from there. He goes and vomits while he sees something evil covering the grass and gets scared. On the other hand, Thom tells Rand that Mat is starting to show the symptoms of a man that has been corrupted by the evil force. Rand doesn’t seem to believe it, but Thom tells him the story of his nephew, who showed the same symptoms and got corrupted.

The story now seems to convince Rand, so he decides that he will help Mat if that happens. While everyone’s asleep, Rand once again watches the same dream with the Dark One in it and wakes up after getting scared. Thomas calms him down, but they find Mat missing. They go out to look after him but find the dead bodies of the family that gave them refuge. Moreover, they see Mat standing still, possessed, with a blade in his hand. Mat then points out to the dark, and a Fade comes out to attack them. Thom fights the fade and tells Rand to take away Mat and run.

Mat comes out of the possession and escapes with Rand just in time. On the other hand, we see Perrin and Egwene decide to move ahead with the Tinkers since they are going the same way. However, Perrin talks to the people to clear his doubts about why they are so good. Meanwhile, at the Aes Sedai camp, Kerene is adamant about following the law and taking him to the White Tower. But Liandrin doesn’t believe it to be a good idea since Logain’s power is too strong, and they are barely containing him.

Is Nynaeve The Dragon Reborn?

Nynaeve finally starts getting along with al’Lan and the others at the camp. However, soon things start to get dangerous when Logain’s followers, who think of him as the Dragon Reborn, come attacking with an army. But, the other Green Ajah, Alanna, uses her power to repel the arrows towards the army itself. However, all the sisters, warders, and Aes Sedai run towards the cave to get to Logain. However, the army is in big numbers, so they fight them off. Meanwhile, Alanna holds off the army with her power, Moiraine arrives at the cave to stop Logain, who has broken the cage.

However, she keeps him distracted as she tells him that his power is nothing in front of the Dragon Reborn’s raging power. In the meantime, Keren and Liandrin get up, and all the three of them use their power to shield Logain. Logain releases an evil power to attack Liandrin, but Keren saves her but gets herself killed. Kerene’s Warder feels her death and comes inside the cave along with al’Lan, Nynaeve, and the others. He gets furious and tries to kill Logain with his blade, but the evil power corrupts the blade and throws spikes slitting al’Lan throat and injuring others.

Moiraine and the others are severely injured in the encounter, and no one can heal al’Lan. Nynaeve tries to stop al’Lan from bleeding to death, but she can’t do anything, and he dies in front of her. This grief devastates Nynaeve and fills her with rage and fury, and she releases an immense power. The power throws away Logain and heals all the others injured. She also brings al’Lan back to life, completely healing him. Whereas, Liandrin and the Aes Sedai sisters use their powers altogether and remove all the evil from Logain, defeating him. But, in the end, the question remains, is Nynaeve the real Dragon Reborn?

Also Read: 10 Shows to Watch if you liked Netflix’s ‘The Witcher’

The Wheel Of Time Episode 5: When Will It Release & Air Time

Episode 5 of The Wheel Of Time has raised up the excitement level of the fans to a whole new level after the fourth episode. “The Wheel Of Time Episode 5 will release on 3rd December 2021 at 7 pm ET on Amazon Prime Video.” Furthermore, the episode will be titled “Blood Calls Blood”. The next episode will explore the paths of Egwene and Perrin. Moreover, we might see them meet someone familiar. On the other hand, Rand and Mat will try to figure out how to escape the Fade. Meanwhile, Moiraine will be mourning the deaths of her people along with the others. So stay tuned for another amazing episode next Friday.

The latest epic in the television world has created a lot of buzz on the internet. That is why the viewers around the world are wondering about where to watch The Wheel Of Time Season 1? Well, the answer to that question is quite simple. “The Wheel Of Time Season 1 airs every Friday at 7 pm ET in the United States on Amazon Prime Video.” Meanwhile, the show also airs every Friday at 12 am GMT in the United Kingdom on the same streaming service. Moreover, the show is only available to watch on Prime Video since the show is an Amazon Original and exclusive to it.

Bulbbul Ending Explained: A Witch Or A Goddess Herself?