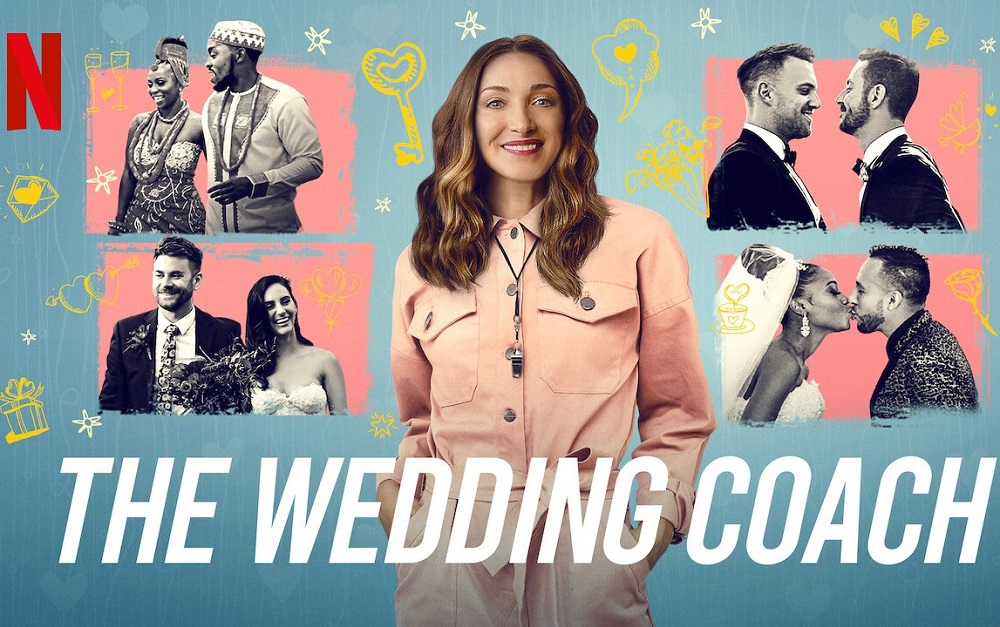 The Wedding Coach Season 1 is out now and here's all you need to know about the Season 2.

The wedding season is here, and so is Netflix’s latest reality show based on it. ‘The Wedding Coach,’ an American reality TV series, is now out on Netflix with its first season. The viewers have been waiting for the show for a really long time. Nevertheless, with the show out now, fans are really enjoying it. They are loving the concept of the show and enjoying the rawness it has.

As a result, after breezing through the first season, the audience wants to see more of Jamie Lee and her friends. Let us talk about the possibility for Season 2 of ‘The Wedding Coach’ and what it could be about.

Starring the American actress and comedian Jamie Lee, the series is based on her helping couples with everything they need in the last few days of their wedding preparation and wedding day. Above all, all people require help and want someone to take care of these things to be stress-free. Even though Jamie believes that a perfect wedding is unattainable, she gives her best to do all she can to give the couples a wedding of their dreams. In every episode, a friend of Jamie joins her to aid the wedding pair relish one of the most important days of their life. In fact, when you watch the series, you will surely recognize some well-known faces and comedians. The series has got some mixed reviews till now, but most of them are good. Some people have described the show as exceptional, heartwarming, and fun-filled, whereas some have labeled it as loud, noisy, and awful. 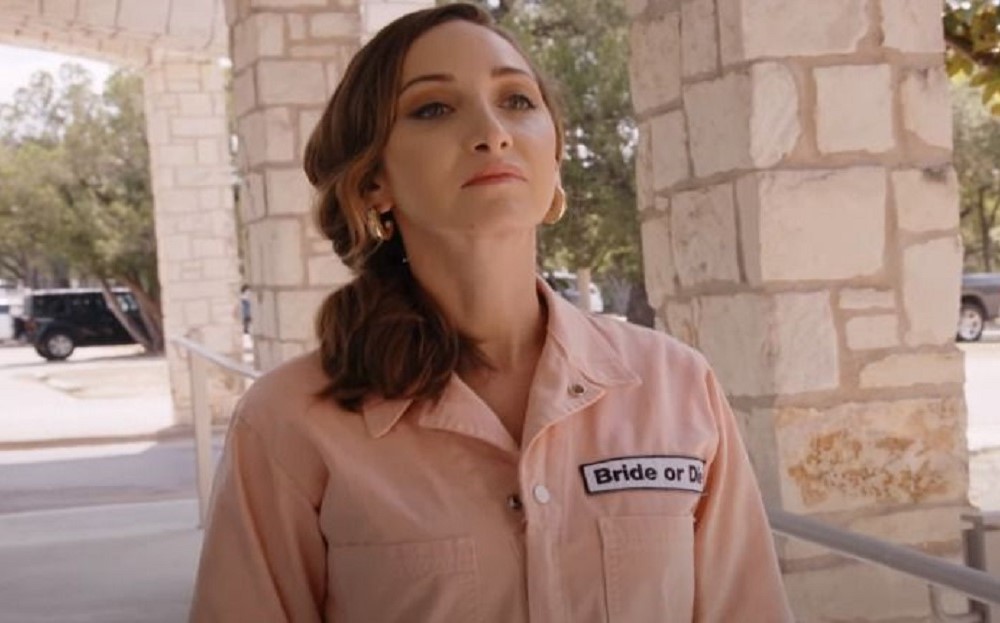 Jamie Lee, the comedian and actress who is the host of the show ‘The Wedding Coach.’

The cast of ‘The Wedding Coach’ Season 1 consists of different comedians coming as guests in different episodes. However, Jamie Lee is the main artist as she helps different couples organize their weddings with her fellow comedians. Let us have a look at those different artists who are a part of the series:

Jamie Lee: Jamie Lee is an American actress and comedian. Some of her best works include “Crashing,” “Girl Code,” and “10 Things”.

John Gabrus: John Gabrus is an American comedian and actor. Some of his best works include “Guy Code,” “The Substitute,” and “The Fuzz.”

Alesha Renee: Alesha Renee is an American TV personality and actress. She is popular for being a part of movies and shows like “Can’t Buy My Love,” “Message From a Mistress,” and “Sunset Ppl.”

Punkie Johnson: Punkie Johnson is an American writer, actress, and comedian. Some of her best works include “Guest House,” “The Ride,” and “Sixteen Thousand Dollars.”

Matteo Lane: Matteo Lane is an American oil painter, opera singer, and comedian. He is best known for his works from “Ladylike,” “The Comedy Lineup,” and “Joking Off.”

Mamrie Hart: Mamrie Hart is an American performer, writer, comedian, and actress. Some of her best works include “Dirty 30”, “Camp Takota,” and “The Grace Helbig Show.”

Fortune Feimster: Fortune Feimster is an American comedian, actress, and writer. She is popular for her works from films and series like “The Happytime Murders,” “Social Animals,” and “The Mindy Project.” 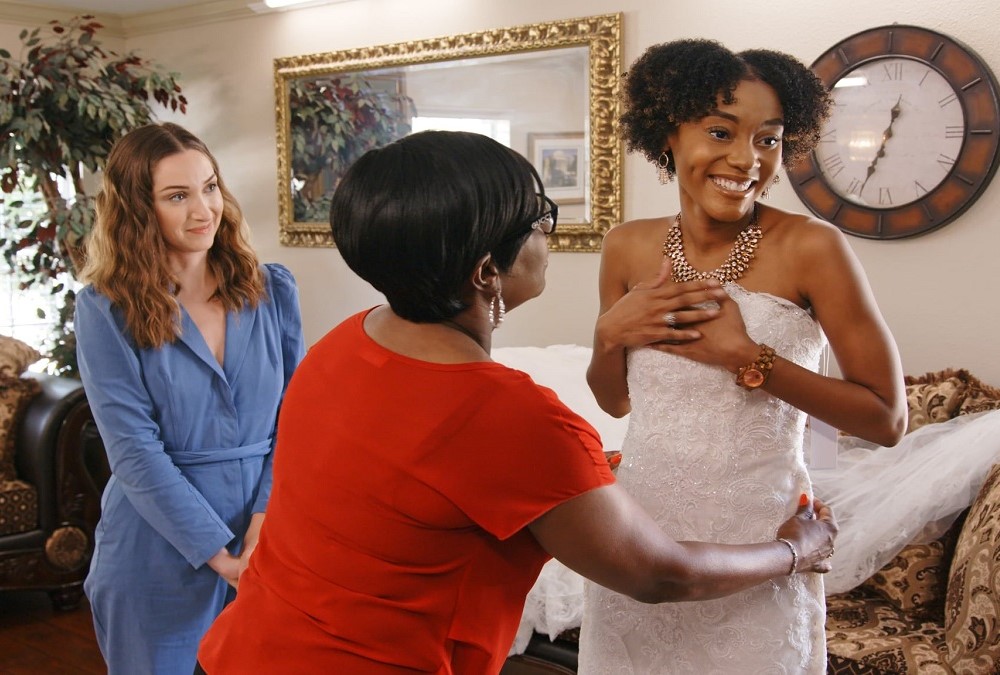 A still from the second episode of ‘The Wedding Coach’ Season 1.

The Wedding Coach Season 1 is out now, and here is the list of episodes and their titles.

The episode “Ms. Behaving” shows us how Travis and Erin get lost in the details of long-distance planning. However, Jamie and Mamie Hart manage to restore the order and help the couples have a good time and fun with their guests.

The episode “The Unruly Guest” showed how Jon Gabrus and Jamie team up to teach a boisterous man a lesson. He threatens to ruin Ben and Bree’s traditional Nigerian wedding. But, Jamie and Jon manage to school the guy with some etiquette.

The episode “A Baby Bump in the Road” stars soon to be parents of Cesar and Savannah. They are hoping for a bilingual ceremony. Nevertheless, some issues arise, which Jamie has to resolve with her friend Matteo to give Savannah and Cesar the wedding they had dreamt of support. 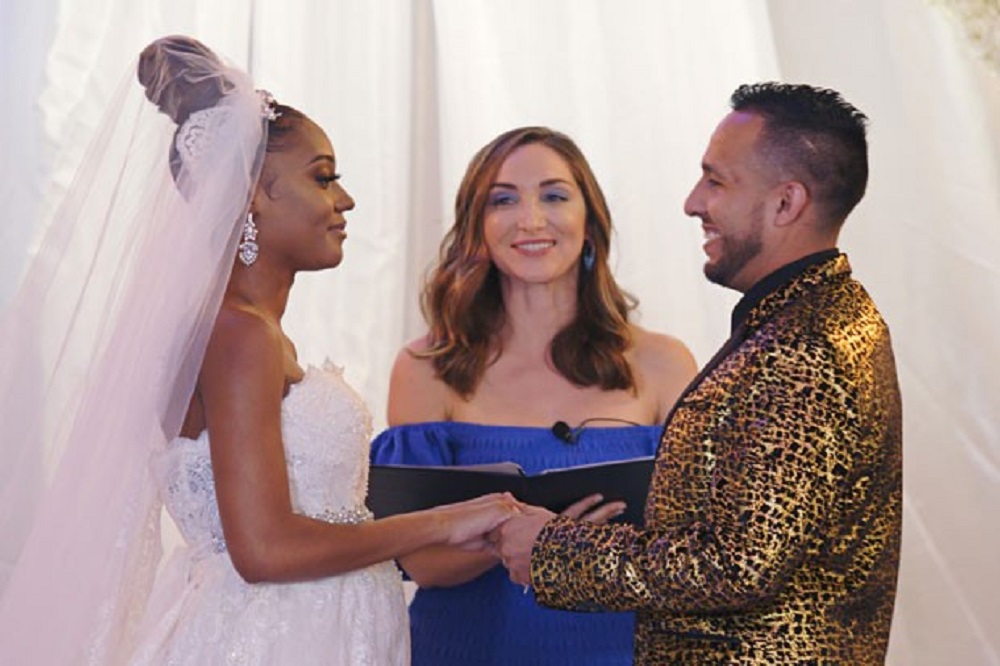 A still from the finale episode, i.e., ‘The Wedding Coach’ Season 1 Episode 6.

The episode “A Royal Pain” shows Jamie and Alesha Renee balance reality and reality. This happens when Brandon and Makesha’s royalty-themed wedding takes a fall on support.

The episode “Festival of Fights” shows a lovely couple, Anthony and Chad, planning their elaborate yet stressful wedding. However, things cool off as Jamie joins in to help along with Punkie Johnson.

The episode “The Bridesmaid’s Tale” is set days away from the Greek nuptials where the soon-to-be couple George and Tahis confront family drama. Luckily, Fortune Feimster and Jamie are there to tackle the tension and sort things out between them.

‘The Wedding Coach’ Season 1 was released on 7th April 2021, i.e., on Wednesday on Netflix. The show consists of 6 episodes, and all of them were released on the date mentioned above. Each episode has an approximate runtime of 31-33 minutes. Anyhow, let us talk about the possibility of a season 2 of the jolly drama. As of now, the production has not made any announcements for the second season. Considering the overall viewership ratings and reviews, the streaming platform will decide the future of the reality series. Consequently, it is not clear whether Jamie Lee will be returning to help some other couples with their wedding. Anyhow, if the series is renewed, you can expect The Wedding Coach Season 2 to release by late 2022. Until then, you can binge on the fun-filled Season 1 of the reality series on Netflix.

Also Read: How To Watch Family Reunion Season 3 Online: All Episodes On April 5