The Way of the Househusband Season 2

Netflix has a habit of serving its anime fans with some unique adaptations. For manga fans of The Way of the Househusband, or Gokushufudou, 2021 comes wrapped with good surprises. Earlier this year in spring, Netflix released the anime, which received a massive amount of response which was filled with some missed reviews. Although a lot of viewers made negative remarks about the series for its unmoving animation, the series continued to grow popular because a number of viewers absolutely loved it. The animation might not have been the most appealing, but the show makes up for it with the hilarious storyline and Tsuda Kenjiro’s outstanding performance in the anime as the lead voice actor. Of course, the anime was loved by many despite the negative reviews as The Way of the Househusband Season 2 was announced to confirm its popularity.

The Way of the Househusband is based on the manga written and illustrated by Kousuke Oono. It was published by Shinchosha under the Bunch Comics imprint and serialized in the Kurage Bunch magazine. The manga has won several awards, including the prestigious Eisner Award in 2020. As per the 2019 count, the manga had a cumulative sale of 1.2 million copies. By 2021, the manga was adapted into an Original net animation, and barely five months later, The Way of the Househusband Season 2 was announced.

Are you excited to see our gangster turned loving househusband again? We finally have the release date of the anime, in addition to a new promotional video and new cast members. Here is everything we know about the upcoming season so far.

The plot of The Way of the Househusband revolves around Tatsu, an ex-gangster who was infamous as the Immortal Dragon. Now married to the love of his life, Miku, Tatsu puts an end to his dark ways and becomes a househusband to support his working wife. But being a househusband is no joke. Grocery shopping is a battle. Cooking is his task. Follow the journey of Tatsu being the most adorable househusband with the most menacing look. To add up, he continues to run into his past every now and then. 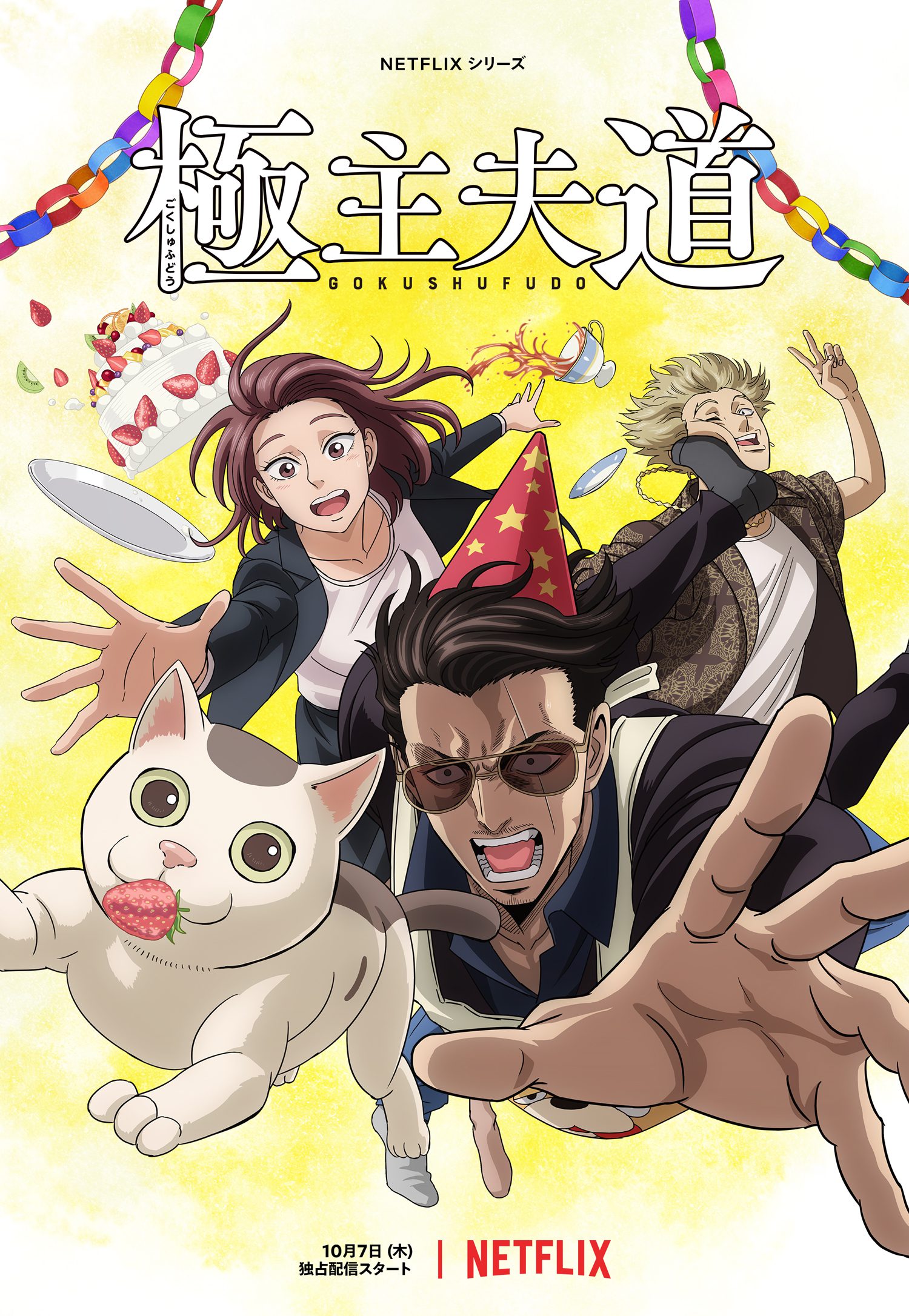 The Way of the Househusband Season 2.

The second season of the anime will continue with these ventures of Tatsu as he meets more characters from his days as a gangster. With trouble rising every day, how will Tatsu tackle them?

You can stream season 1 of The Way of the Househusband on Netflix anytime.

The Way of the Househusband Season 2 Release Date

Netflix will probably release all the episodes in one go. With less than a month left for the anime’s release, let us hope J.C Staff continues to entertain us with this action-comedy once again.

On the same day as the announcement of The Way of the Househusband Season 2, Netflix also dropped its first promotional video. The video features old and new characters along with a whole set of hilarious events.

With the release of the promotional video, fans are even more excited about the show. The anime is also introducing two new characters who will be voiced by two very popular and talented Japanese voice actors.

As aforementioned, two new cast members have been added to the anime. Bob, Tatsu’s neighbor, will make an appearance in the anime this season. He will be voiced by Tomokazu Sugita. You may recognize the voice actor from popular anime shows like Gintama (Gintoki Sakata), Seven Deadly Sins (Escanor).