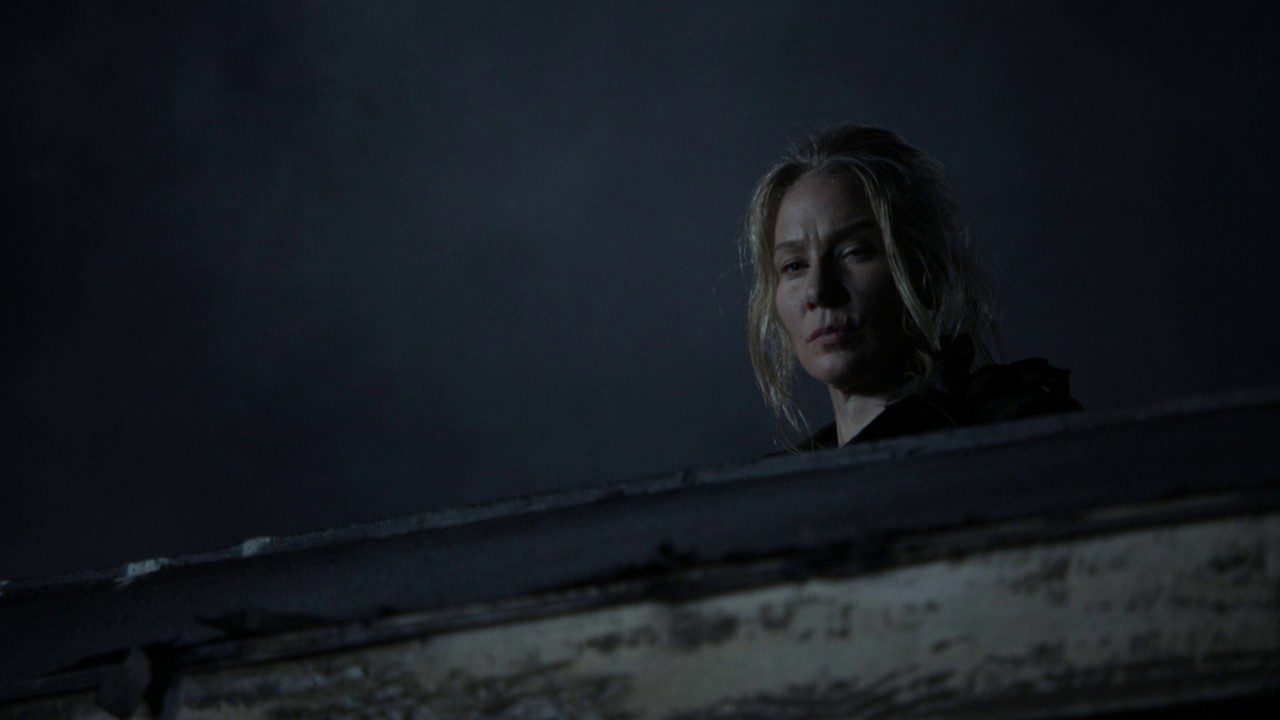 The Walking Dead Season 11 Episode 9 will determine the fate of Alexandrians as the new leader of Reapers brings her big guns out. Also, Commonwealth is headed in the same direction where Alexandrians are. Questions remain, is it for help or to make sure the Alexandrians are not a threat? Recently on the show, Maggie was hell-bent and determined that she was not walking away from Reapers. The food is theirs, and she wants to take it back from them. Daryl saw himself switching sides in order to ensure the safety of Maggie and the group. Now she is up trying to use the Whisperer’s technique taught by Negan to enter the Reapers territory.

So yes, following the same, the walker hordes had surrounded the Reapers. Pope was in question of what went wrong. He believed it was Maggie and to make sure he even sacrificed one of his warriors. Something that saw his own people questioning him. What Pope failed to realize is that the mole was in his own side, whom he had befriended recently. Daryl has been secretly protecting his people from The Reapers, and now it has come a time he returns to them. Who got the better hand in this war? Let’s find out by breaking down the recent events of the episode and what we can expect from The Walking Dead Season 11 Episode 9.

Previously on The Walking Dead Season 11, we opened up with Reapers noticing the walkers surrounding their territory in a weird way. Daryl recognized Maggie’s move and suggested a way to Pope. He, instead of Daryl, sent Wells, who in a matter of moments died. This helps Pope realize his enemy has come around. Leah is left questioning Wells’ sacrifice. Meanwhile, back at Alexandria, everyone is fighting a heavy storm that is wreaking havoc on an already destroyed settlement.

The Reapers ask Daryl more about Maggie, and he suggests the only way she can attack now is from trees. They continue to observe the hordes surrounding them and are waiting for Maggie’s group to react. Especially because Reapers have planted explosives that may blow the hordes away. Back at Alexandria, Aaron has suggested a strong plan to protect the settlement and needs to get as much manpower he can. While many join in, some of them stay behind at the house as the storm gets worse.

Amidst the hordes walking through explosives, Daryl notices two of the walkers walking away. He follows them and later takes out Powell to let Maggie and Gabriel walkthrough. Pope observes things going bad and asks Leah to ready Hwacha. A weapon that may end this war. Back to Alexandria, Rosita decides to go out all on her with a baseball bat to clear the horde as they try to take their house down.

Daryl comes across Hwacha as a weapon built with multiple arrows, which Reapers will put on the fire while they launch it. Daryl tries to question Leah about her belief in Pope. This leads him to confess to her about his plans and his loyalty to his people. In turn, he asks her to join. Pope returns, and when he realizes, Maggie’s group has infiltrated and killing Reapers one by one. He is ready to sacrifice his people for that. This leads Leah to stab him to death, but at the same time, she plans to stay with the Reapers, who are her people, rather than go with Daryl.

The episode comes to a close, with Maggie’s group realizing they are winning over Reapers. Furthermore, they are weirdly retaliating until see she sees Leah launching the Hwacha on them. Back at Alexandria, Judith and Gracie find themselves trapped inside a basement filling with water and a door invaded by walkers.

So what can we expect from The Walking Dead Season 11 Episode 9? At this point, though, there is no official promo or synopsis for the episode. The best we could say is the show will pick up right where it left off. The fate of the Alexandrians battling in the Reaper territory. Until they find out the big gun, Leah has brought. Who survives and who doesn’t will be seen? Plus, the manhunt Leah may lead Reapers into in order to take down Daryl and Maggie’s group. At least for the surviving ones.

Apart from that, in an episode back, we saw Eugene’s group finding it hard to settle at Commonwealth. After all, their main aim was to aid their community, and they failed to saw the bigger picture. So after giving many chances, Hornsby from Commonwealth arrested Eugene for punching the Governor’s son. In turn, he also asked for coordinates for his community. So we have to see if Commonwealth is planning to come as friends or as enemies.

The Walking Dead Season 11 Episode 9 Episode 11 may arrive at the same time on AMC at 9 pm ET once we have a confirmed release date. Until then, you can watch stream the eleventh season of The Walking Dead on AMC+. Apart from that, video-on-demand services of Amazon Prime, iTunes, and Apple TV also offer the post-apocalyptic show and its episodes to buy or rent.

Mr. Robot Ending Explained: What Happened In The End?