From The Preview For The Walking Dead Season 11 Episode 6

The Walking Dead Season 11 Episode 6 may mark the return of an important character to the series. The one we lost midway previously when Whisperers had an upper hand. Who is it? And what does this means for Alexandria? Well recently on the show, the place came across a breach. Along with the same breach came intruders. They turned out to be nothing but surviving Whisperers. Aaron tried to get the truth out but Carol knew that he was looking for something more.

Aaron got back to his senses and the group left. But as they did, the whisperer gave away a hint that Connie might be alive. He told of a girl he saw who climbed out of the cave later on after the group the day whisperers trapped them. Meanwhile, Eugene, Ezekiel, Yumiko, and Princess were welcomed to find a new life at Commonwealth. The only thing is, they didn’t come here for this. They are up to decide if they will go with the rules or against them.

Previously on The Walking Dead, we opened up with Aaron having his worst nightmare as he almost lost his daughter Gracie. Luckily it was just a dream. Until it started becoming reality with walkers breaching inside Alexandria again. Yumiko, Princess, Eugene, and King Ezekiel started getting along with the things at Commonwealth. Everyone has a job to do except for Yumiko who needs to meet someone first. 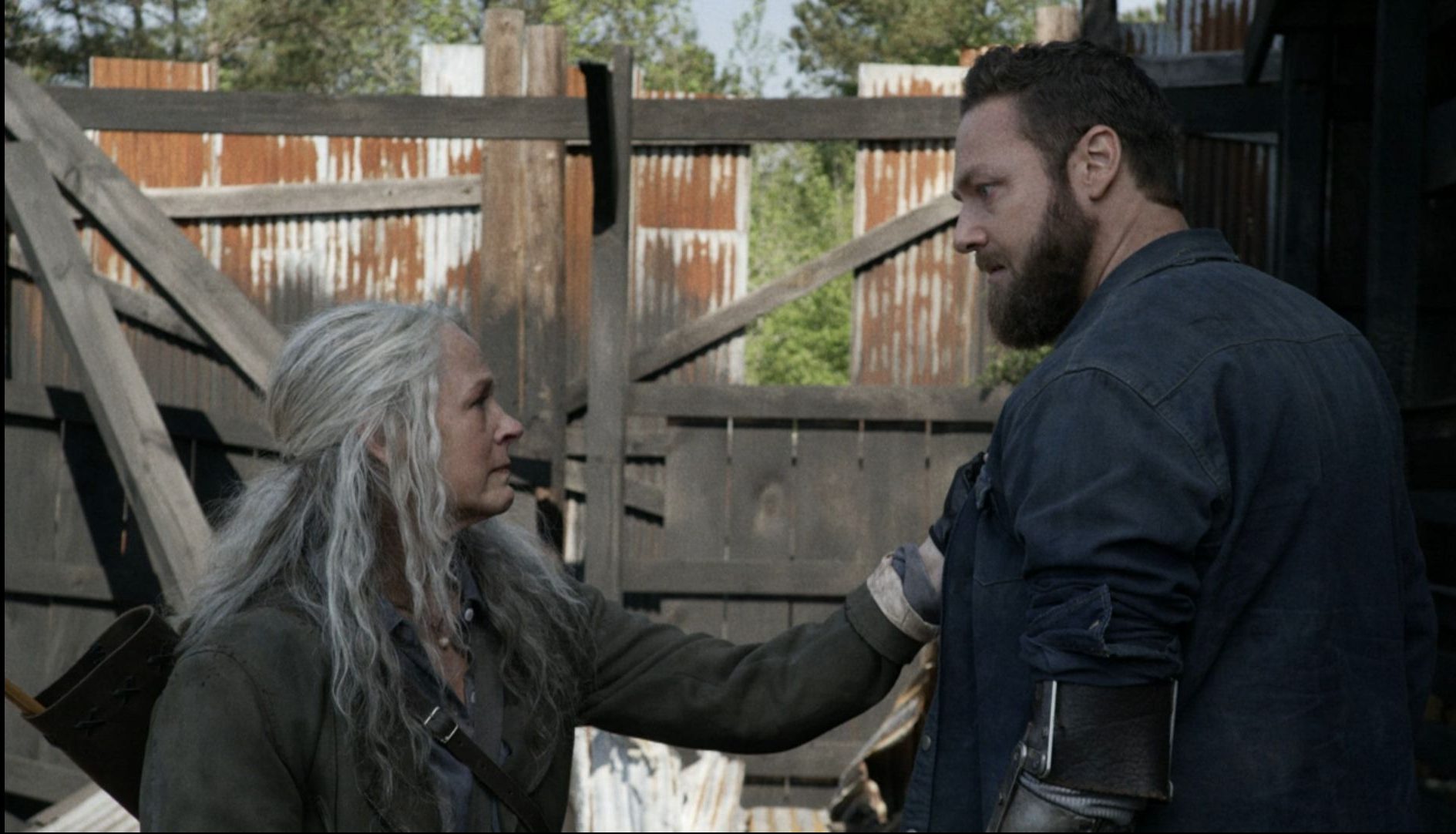 Judith locks horns with some annoying boys who question her mother leaving her and call it abandoning. She even finds out her handprint gift is broken as well. It was Rosita who manages to calm her down and comfort her later on in the episode. Lastly, Maggie and Negan keep questioning each other as they try to survive out there looking for food. After a long-awaited trip, Negan and Maggie reach the destination they wanted to but the lack of enough food results in a heated conversation. Negan agrees to stay afloat till the sun is down.

Back at Commonwealth, Yumiko reunites with her brother after ages. Yumiko’s brother advises her that she can bring her people and all she gotta do is follow the rules. Meanwhile, in a rush, Eugene manages to convince Stephanie that he needs to bring his people in as well. If not officially, then unofficially.  Back at Alexandria, the group comes across a former Whisperer Infiltrating. 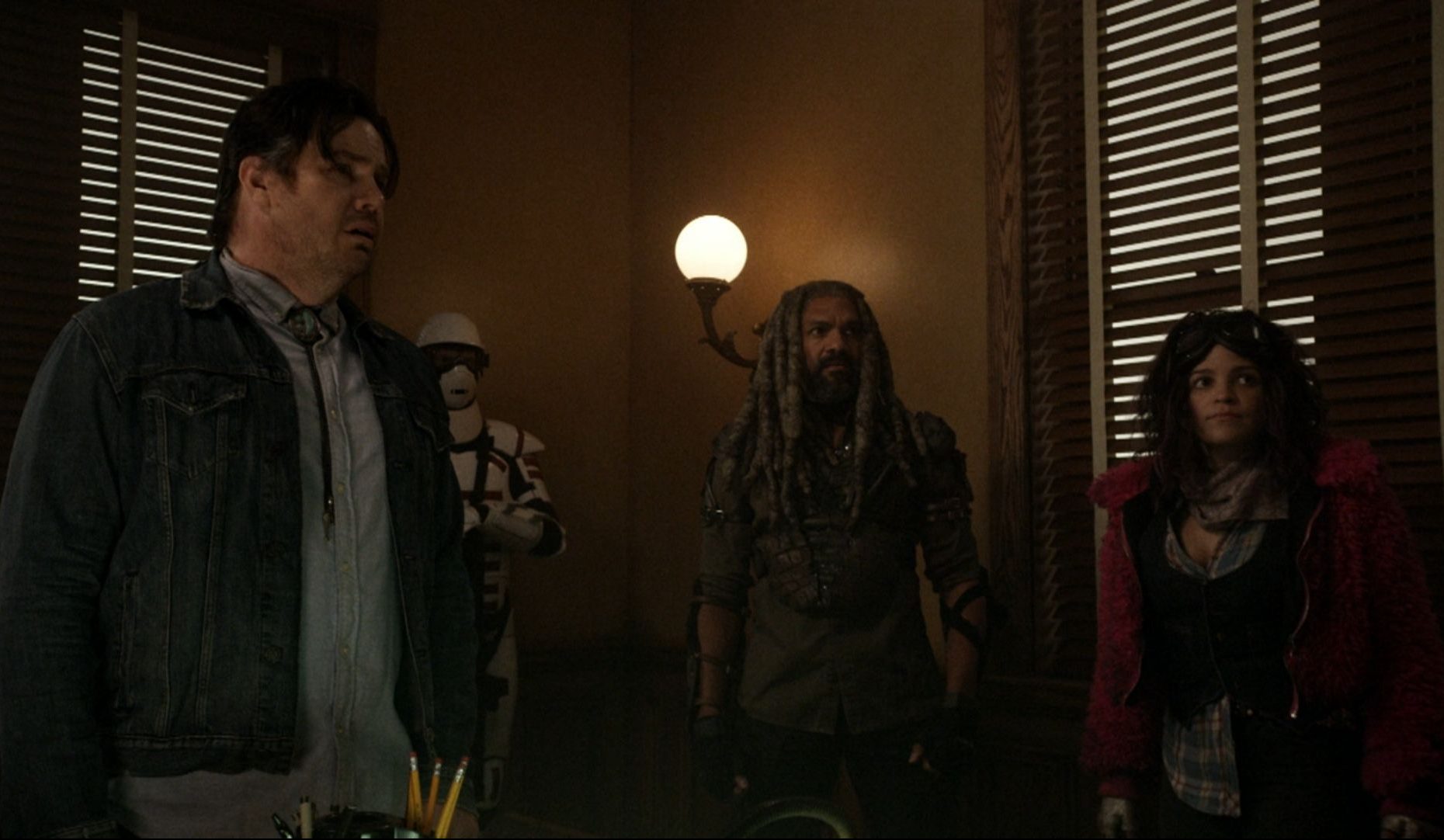 Interrogating the whisperer results in Alexandria finding more surviving Whisperers. Lydia questions Aaron’s ways of getting the answers believing the whisperer is innocent. It takes Carol to give Aaron a much-needed guide for him to realize where he is going wrong. As the group leaves the place, the whisperer gives Alexandria a hint that Connie might have survived and they may need to go look for her.

Maggie and Negan almost come close to killing each other on whether they should wait for others or not. Luckily, Father Gabriel and Elijah make it to the place. Meanwhile, Eugene, Stephanie, Princess, and Ezekiel find themselves in trouble for unauthorized communication to the outside world. Until Stephanie brings Lance Hornsby, the man from Commonwealth’s introduction video from initially in the episode. He manages to save themselves from getting kicked out but still, a punishment is definitely coming their way.

The Walking Dead Season 11 Episode 6 is titled, “On The Inside”. The official synopsis of the episode says that Connie is making her return onscreen. But she hasn’t found herself safe anywhere. She is with Virgil on the run and finds herself trapped inside a house that has quite mysterious creatures living around. At least that’s what the synopsis suggests as it moves away from a word referring to walkers. She just has to survive until Kelly makes it to her as Kelly has left to look for her sister as well. Apart from that Daryl finds himself struggling to try and prove his loyalty to The Reapers.

Also Read: Fear The Walking Dead Season 7 Is Returning For Another Run!