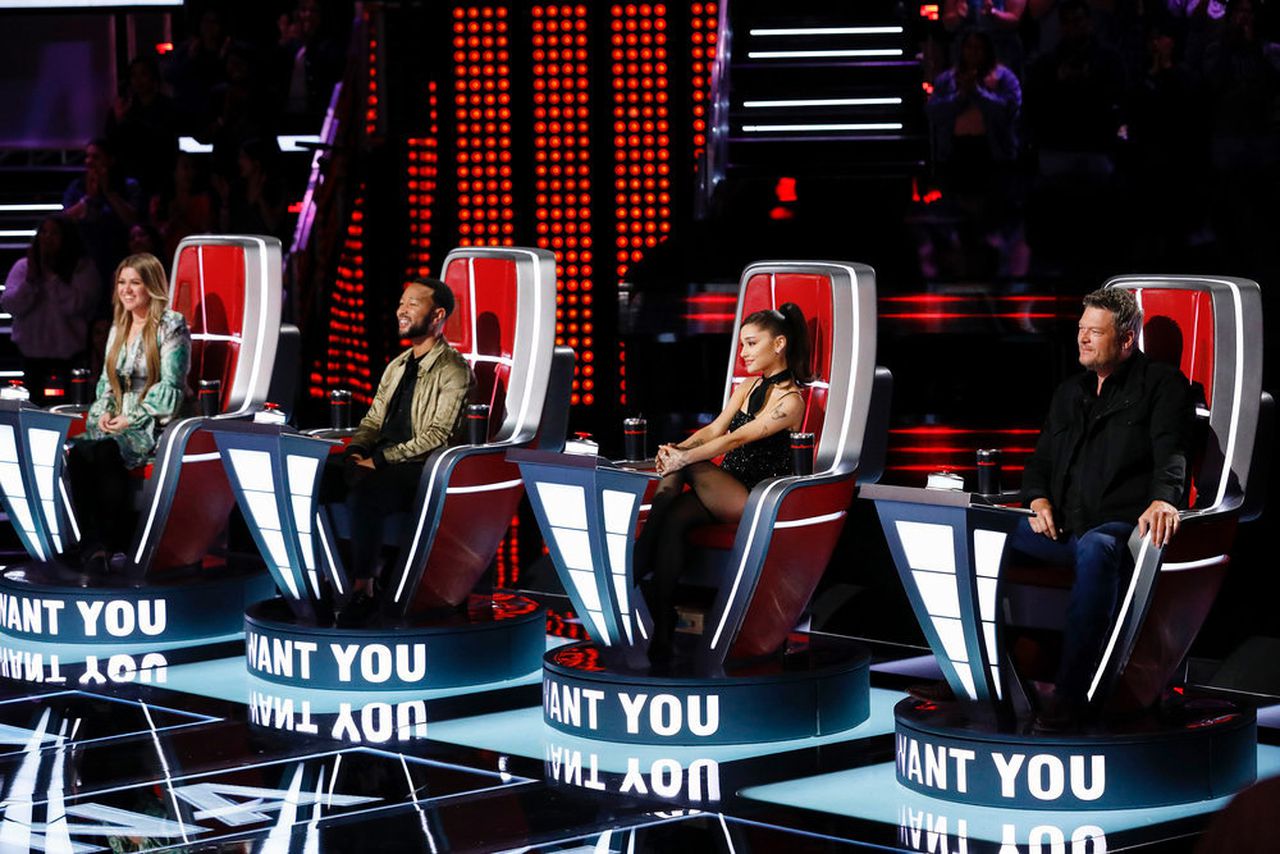 Two episodes into the new season of The Voice, and the blind auditions have been going great. Fans are waiting for the blind auditions to continue in episode 3 of season 21 of The Voice. With all the contestants coming, the judges were definitely having a hard time over whom to choose. The very first episode of the new season began with the much-needed performance of the brilliant judges, followed by some incredible people coming up with their incredible voices.

This new season, a new judge is making their debut. Ariana Grande, took the judge’s seat in her first season, as she replaced Nick Jonas. While Blake Shelton, Kelly Clarkson, and John Legend made their way back to the show, following their previous seasons. As the audience calmed down with all the energy, the judges settled into their seats for the blind auditions to start. The rules for the audition were simple. The contestant comes up on stage and performs, while the judges are turned around, not knowing who the person singing is. If they like the voice, they press the buzzer and turn around for the voice to enter their team. 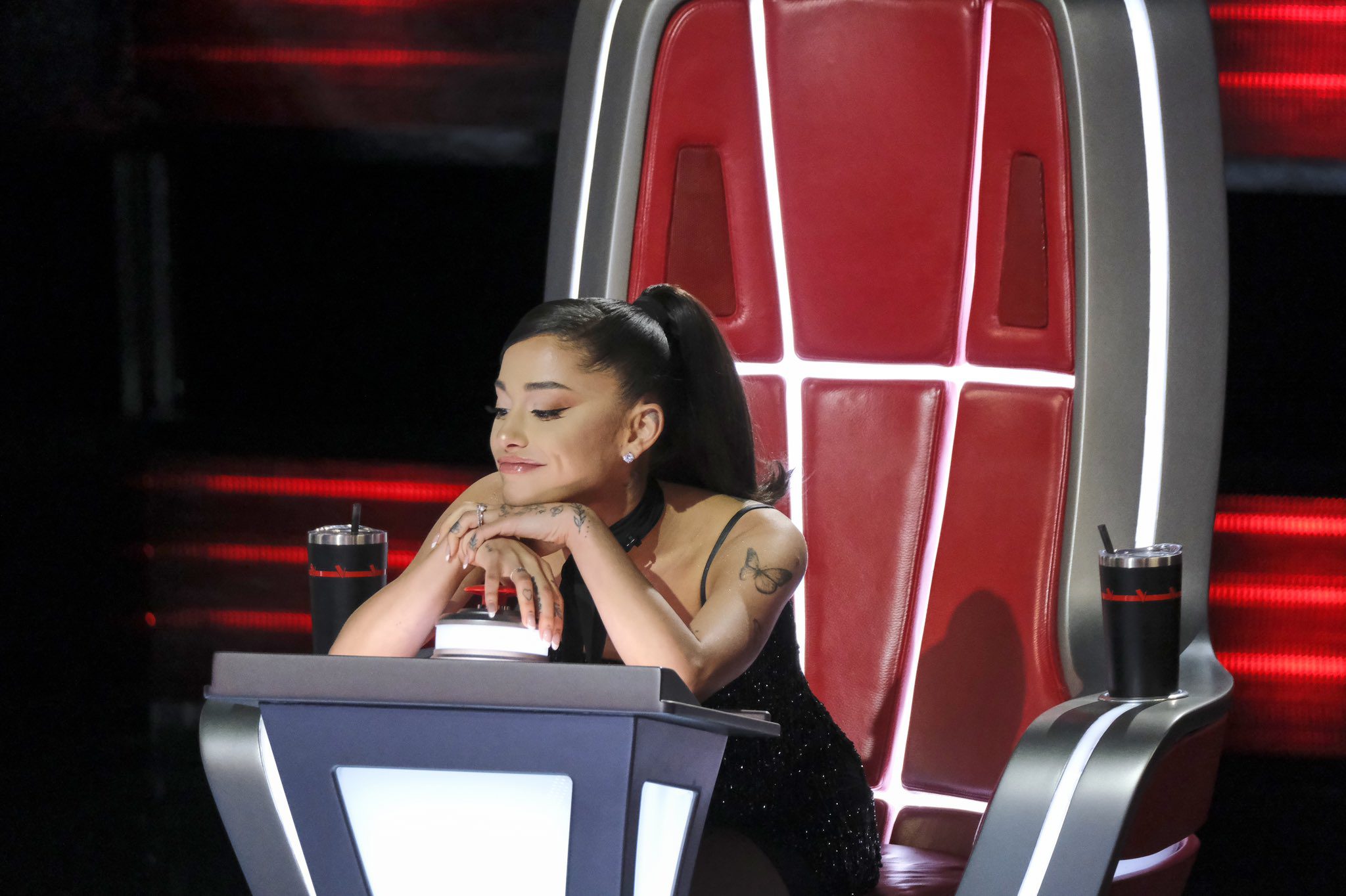 Ariana Grande at The Voice Season 21 Episode one

What Happened In Previous Episodes of The Voice Season 21?

The show started with Blake Shelton and John Legend starting the show by taking up the stage and performing “Hold On, I’m Comin’”. Followed by the high-notes power house, Ariana Grande, and Kelly Clarkson stealing the stage with “Respect”. In the first episode, eight contestants came to the auditions. Out of which only six made it to the further rounds. A Venezuelan singer, Marco Salvador, “Bailamos”. But he wasn’t able to impress either of the judges. Next came Gracie Nourbash, and went on to perform “Control.” But none of the judges turned as they thought her voice wasn’t developed yet.

Also Read: The Matrix Revolutions Ending Explained: What Happened To Neo In The End?

The auditions began and the first contestant to clear the round was a trio with the name “Girl Named Tom”. Consisting of three siblings, the musical trio performed “Helplessly Hoping”. Blowing the judges minds, and specifically Kelly’s, as she went on to turn her chair, wanting to take the trio under her wing. But John turned his chair soon after, followed by Blake and Ariana. As the judges gave their explanations to the trio, telling them who was better. The siblings had already chosen Kelly’s team from the very start. 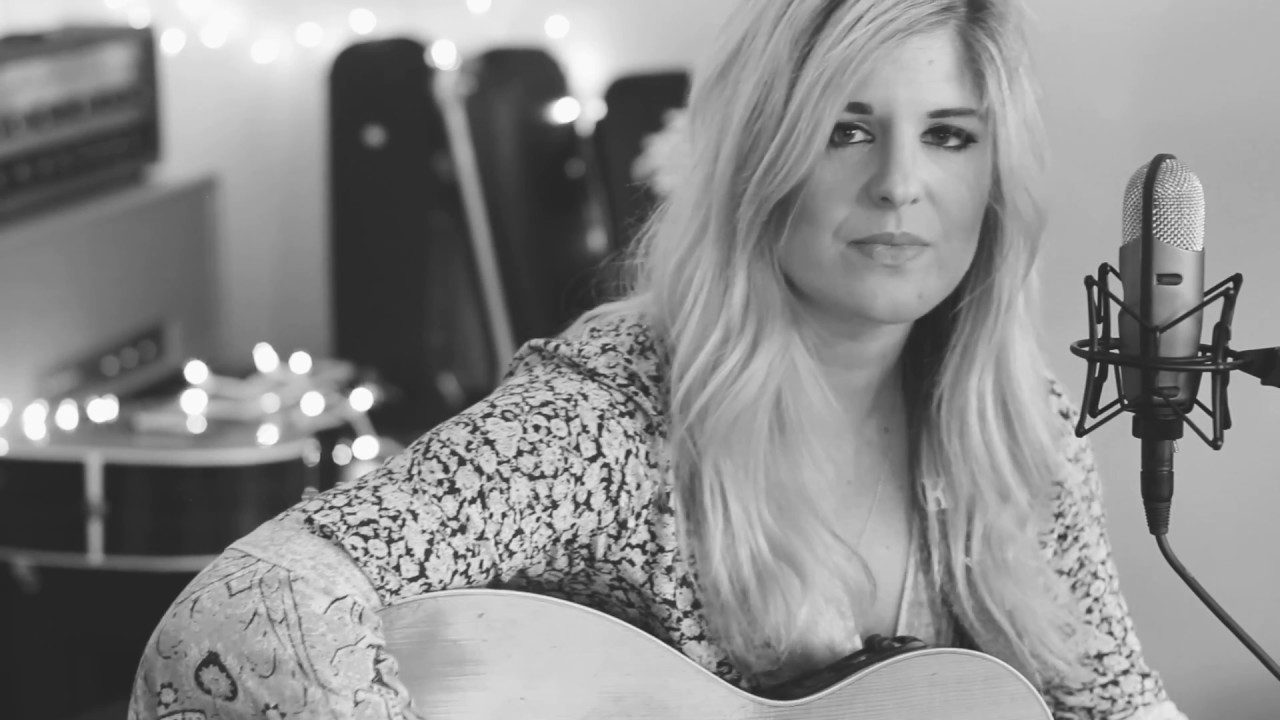 And finally, the first country singer of the season, Kinsey Rose arrived. Performing “Cowboy Take Me Away”, she made Kelly turn her chair followed by Blake. But Kelly had already blocked his move, taking Kinsey under her wing.

Next came 18-year-old Jack Rogan and went on to perform “House of the Rising Sun”. And John and Kelly went on to turn their chairs for him. Jack was under John’s wing when he heard him say that the gravity and beauty of his tone was heartbreaking. Next came Jonathan Mouton, and he performed  “Leave the Door Open”. And with that, John and Ariana were at war for Jonathan, and his voice, followed by Kelly. But Jonathan chose John as he told him that he was reminded of the 80s R&B artists that were “smooth as hell”.

Katie Rose, who started singing in her 30s. Performing “The Bones” by Maren Morris, making John and Kelly turn first, followed by Ariana. Impressed by Ariana’s compliments and trying to stay ahead of other coaches, Katie went under Ariana’s wing. Katherine Ann Mohler, an arianator, stepped on to the stage to perform “We Don’t Have to Take Our Clothes Off”. Both Blake and Ariana turned their chairs, but it was clear that Blake didn’t have any chance. 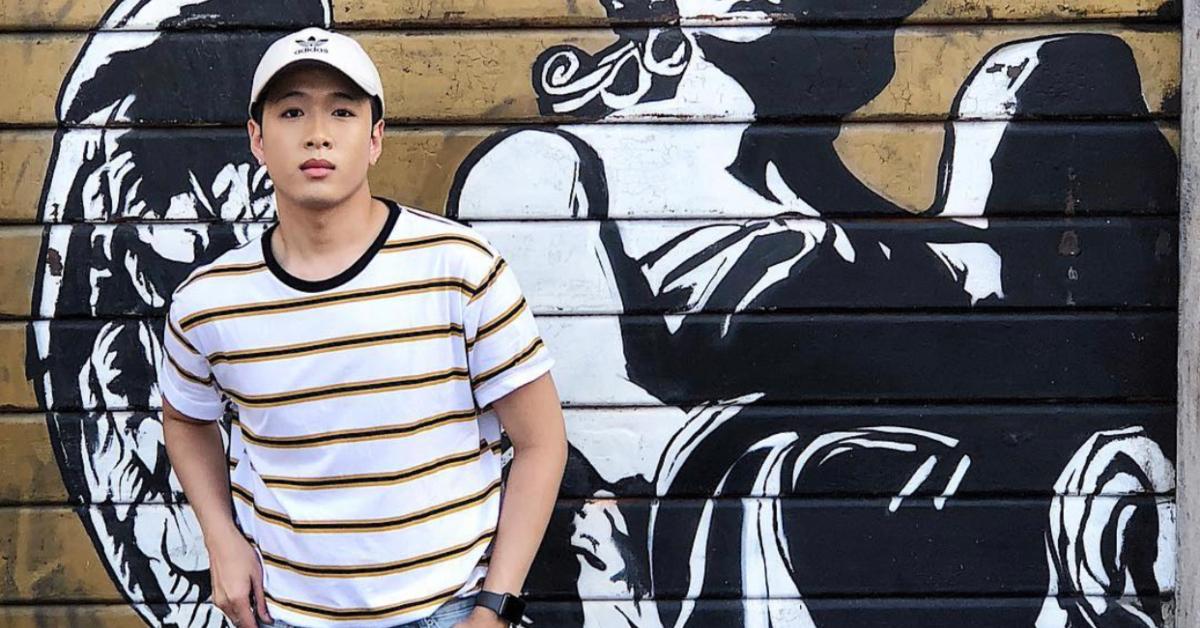 Vaughn Mugol, a registered nurse, performing the “The A Team,” and making Kelly, Ariana, and John turn. Making his decision, he went with Ariana as she wanted to put in the work to help him build a career.

With Blake claiming the act as the “top 3” in the series history, Wendy Moten went on to perform “We Can Work It Out.” Blake being the first one to turn around, followed by John, Ariana, and Kelly. As Wendy went on with Blake, he said that she’s one of the best vocalists the show has ever seen. Peedy Chavis came in next, performing “Heartbreak Hotel”. With the sudden pump, Blake and John turned their chair. As Blake and Peedy fan-boyed over Elvis, John wasn’t able to sell himself to make Peedy choose him over Blake.

Part 2 of the blind auctions premiered on September 21, 2021, continuing where it left off in the previous episode. One contestant that wasn’t able to make it to any team was 14-year-old Serenity Arce. Taking the stage, she sang “I See Red,” but no judge turned around as her vocals weren’t as good as she though it would be. But she did get some encouraging words from the coaches. And Camryn B, who has only performed  “Star Spangled Banner” at her brothers’ sporting events, took the stage and performed “Hometown Glory”. But none of the judges turned around because of her pitch issues.

Also Read: How to Watch Bluey Season 3? Where is it Available Right Now?

Followed by a recap, the show welcomed its first contestant of the second episode, and the second country singer of the season. Lana Scott went on to perform  “Hole in the Bottle”, making Blake turn around, followed by Kelly. After a long bashing, Lana finally makes her choice and chooses Blake. Hailey Green, another teenager takes the stage and performs the song she relates to most, “Home”. Even though she didn’t sound less than a pro, judges were hesitant to turn around. But as she was about to get off the stage, Blake turned his chair around, and took her under his team. 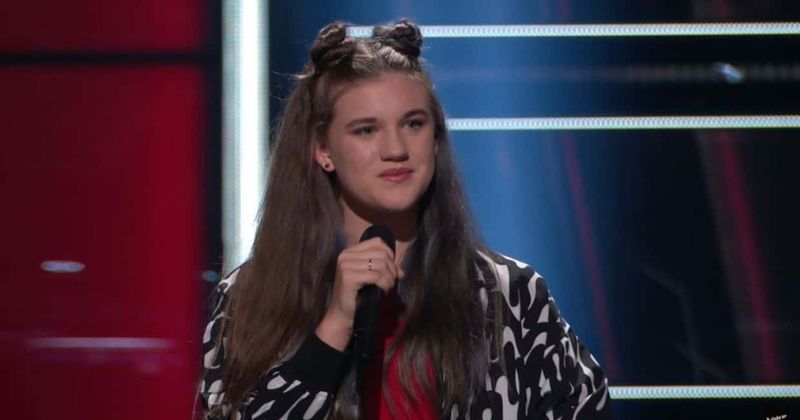 Another addition that went to Ariana’s team was Chavon Rodgers as she complimented him on the arc. He performed “Driver’s License”, making her and John turn their chairs around. Next came a father-son duo, Jim & Sasha Allen, and they performed “Leaving On a Jet Plane”. Their performance made Kelly and Ariana turn their seats around. Making their decision, the duolingo goes with Ariana’s team.

Samuel Harness takes the stage, singing “Here Without You” in his own version, making John turn around, followed by Blake, and Ariana. As John says that he would make a cool addition to his team, Samuel goes under his wing. Joshua Vacante, performs “Into the Unknown”, with a voice that sounds like Broadway. As John turns around, he blocks Ariana and gets to know who the voice belongs to. With no judges left, he goes under John’s wing. 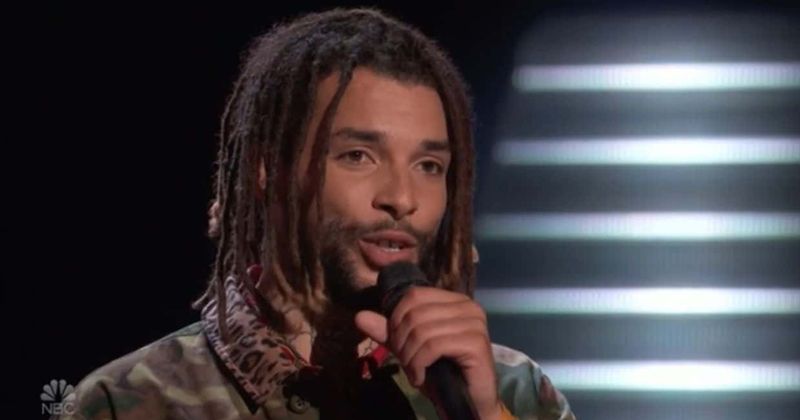 Paris Winningham takes the stage to perform “Superstition” and the vibes are full of soul and passion. John turns his chair first, and he is followed by Ariana. Paris used to serve in Navy but had to leave because of a knee injury. As Ariana and John fight, Paris makes his decision and chooses John over Ariana.

The final artist of the episode was Gymani, a small business owner from Georgia, who became a mum at nineteen. She went on to perform Ariana’s song, “pov”, making Blake turn around, followed by Ariana, John, and Kelly. Even though Ariana gave the song to her, Gymani went on to choose Kelly. A Mexican immigrant Carolina Alonso comes up to sing “El Triste”, making Kelly turn around and take her under her team. 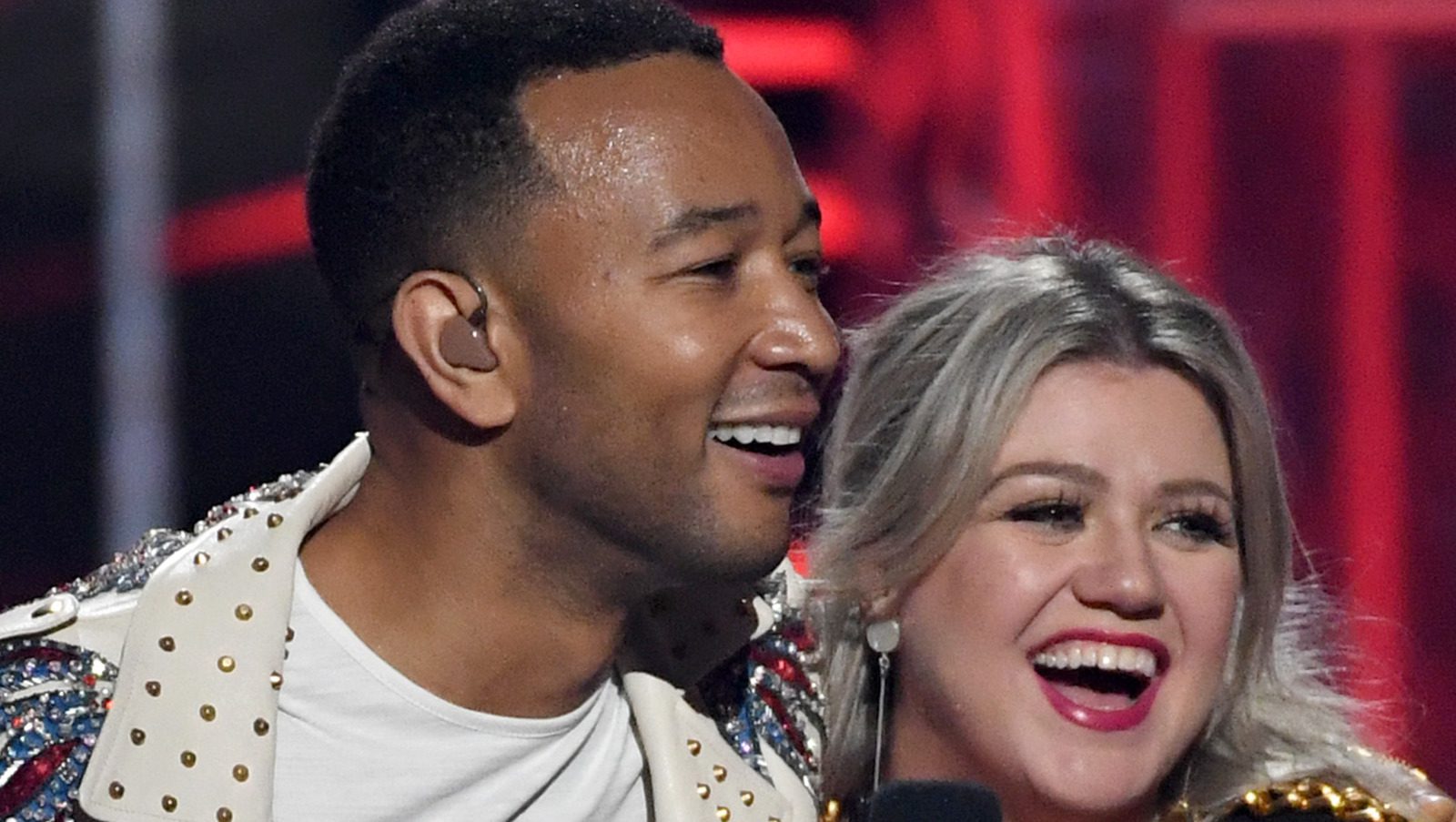 When Is Episode 3 of The Voice Season 21 Coming Out?

Episode 3 of season 21 of The Voice will premiere on September 27, 2021. The next episode will continue the blind auditions, and we will witness another eight to ten people making their way onto the stage. As they try to impress the judges with their voice, and make them turn around. For now, the next four episodes are going to be the blind auditions. With the judges trying to get the best voices in their teams and train them for the next round.