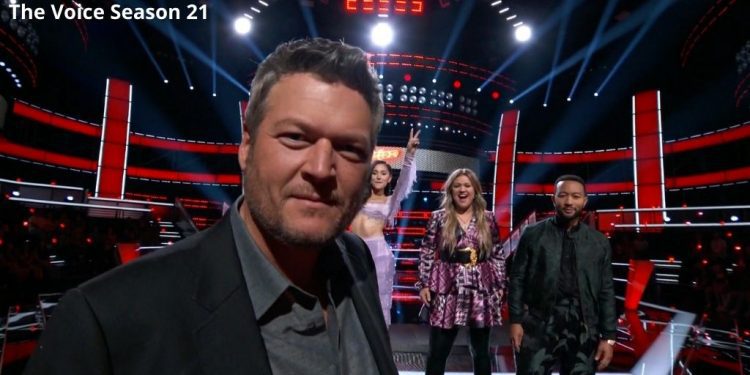 Yet another live performance night of the season, that is The Voice Season 21 Episode 23 is around the corner. The fans and viewers of the show are very much eager to find out how each of the contestants perform on the semi-finals night of the season. It has been quite an amazing journey so far in the season. We have witnessed a lot of tremendous performances and some not so good ones as well. Eventually we are now left with only 8 artists who will show their talents in the semi-finals.

However, there are still a lot of viewers who might be up with the question about who are the Top 8 semi finalists? Well, we are going to answer just. But we’ll also tell you about who were the famous guest appearances and performers on the night. The American reality singing competition show has been hugely popular since its debut on 26th April 2011. However, that’s a little less time for a whooping 21 seasons. Well, it all goes to the fame and success that the show has been airing two seasons each year starting from Season 2 in 2012.

Other than that, we have seen some promiment coaches throughout the series. The longest and the oldest on the show being Blake Shelton as he has sticked to the show Season 1 till now. Whereas, Kelly Clarkson who is also the coach currently is the third in line to have been on the most number of seasons. The other two famous celebrity singers that are currently the coach on the show are John Legend and Ariana Grande. The fans are now awaiting the release of The Voice Season 21 Episode 23. But first, let’s take a recap of what all happened on the live results night. 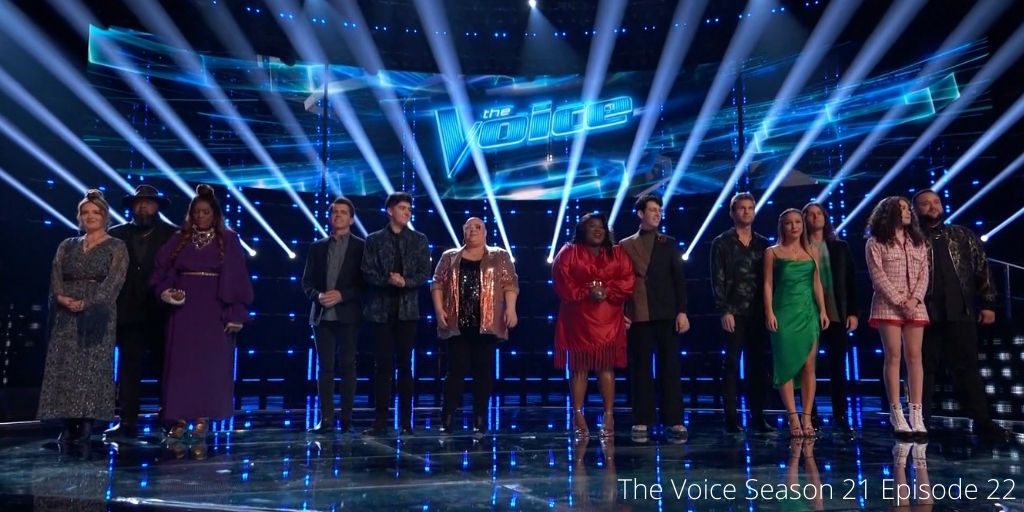 Episode 22 of The Voice Season 21 came out on 30th November 2021. It was the “Live Top 10 Results” night and the first two contestants to make it to the Semi-Finals were Paris Winnigham from Team Blake and Jim & Sasha Allen from Team Ariana. Then we saw a special guest take the limelight on the episode. It was none other than Blake Shelton’s wife Gwen Stefani who was there to support Season 19’s winner Carter Ruben from her team. Ruben debuted his latest song called “Horoscope” on the episode.

Then we moved on to the next artists that moved ahead to the semi-finals. They were, Girl Named Tom from Team Kelly, Wendy Moten from Team Blake, and Joshua Vacanti from Team Legend. Next on the episode, we got an amazing performance from the English singer Mae Muller on her song ‘Better Days’. Then we got back to the five remaining artists among whom two would safely make it to the semi-finals. Whereas, the last three would have to perform for an instant save.

Lana Scott from Blake’s team and Hailey Mia from Kelly’s team who is also the youngest in the competition made it to the semi-finals. Now Jeremy, Holly, and Jershika performed on the show live to impress the audience for the getting their instant votes. Eventually, it was Jershika Maple from Team Legend who progressed into the top 8 for the semi-finals. Meanwhile, Jeremy and Holly’s journeys came to an end on the night.

The previous episode gave the audience their top 8 semi finalists who will perform to make it to the finals now. “The Voice Season 21 Episode 23 will release on 6th December 2021 at 8 pm ET on NBC in the United States.” Furthermore, the episode will be titled “Live Semi-Final Top 8 Performances”. The artists are very close to the finals now with only one live performance left that will decide whether they make it to the finals or not. So don’t forget to catch up the amazing performces from our singers when they give their best for the road to the finals.

The ongoing season of the American reality singing competition show has got the fans excited once again. That is why they are searching about where to watch The Voice Season 21? The answer to that question is quite simple. “The Voice Season 21 airs every Monday and Tuesday at 8 pm ET on NBC in the United States.” Moreover the viewers can stream the show on Hulu as well. Other than that, the show is availbale to watch on Youtube TV as well.