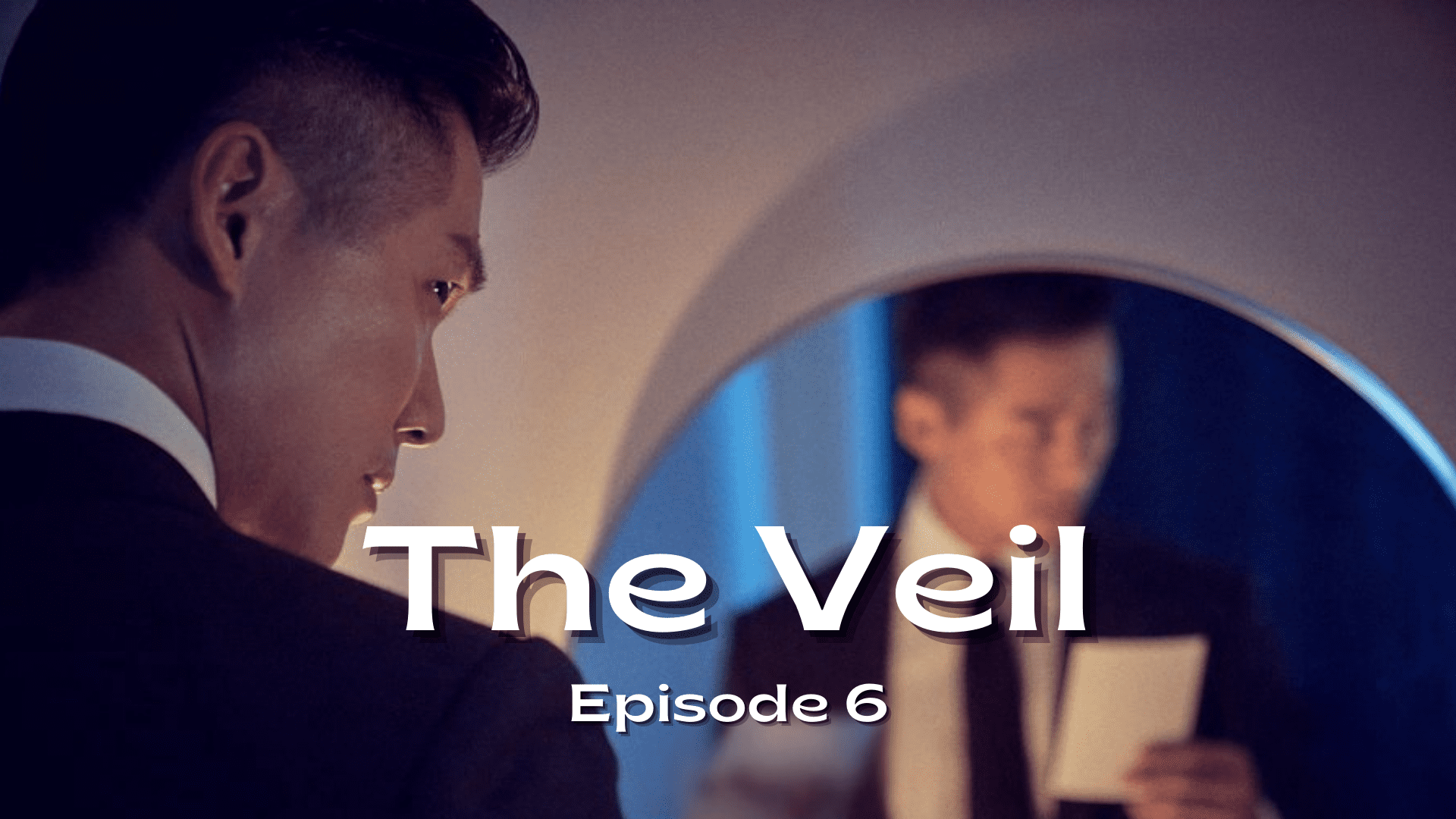 The Veil Episode 6 is releasing soon! It is a suspense-thriller kdrama that will leave you in goosebumps with its mind-blowing plot. The Veil is receiving good reviews so far. The recent episodes have added new curves to the storyline. Ji Hyuk’s journey to find his memory seems full of mystery and deceptions where he can trust no one; even his own memory is full of loopholes. The latest episode shows a glimpse of Ji Hyuk’s past when he was younger. It also reveals some fragments of Su Yeon’s side story. However, to reach the destination, Ji Hyuk has a long way to go.

The latest episode shows Ji Hyuk finding out about Su Yeon’s involvement in the Dandong emergency case. He comes across Su Yeon’s medical treatment after checking her background. An espionage case is handed over to Su Yeon, which she gives Je Yi for last confirmation. Je Yi and Ji Hyuk work together. They find Chang Chu Woo, a NIS black agent, is involved in the case and connected to Su Yeon. Je Yi also gets badly hurts while investigating the case. However, the ending is the highlight where one shoots Su Yeon, and that person turns out to be none other than Han Ji Hyuk! Thus, the upcoming The Veil Episode 6 will enlighten this twist that has blew viewers’ minds.

Episode 5 begins from where the previous one concluded. Ji Hyuk learns that Su Yeon was the one who received the emergency call from Dandong. He does a background check on her, finding that she has been suffering from various mental health issues for years. He also discovers she previously dated Kyung Seok. Meanwhile, Yu Seon takes over an espionage case of reporter Jung Ki Sun. She hands over all pieces of evidence for verification to Je Yi team. After digging into the evidence, Je Yi finds some loopholes. Je Yi and Ji Hyuk team up to get to the bottom of this case. 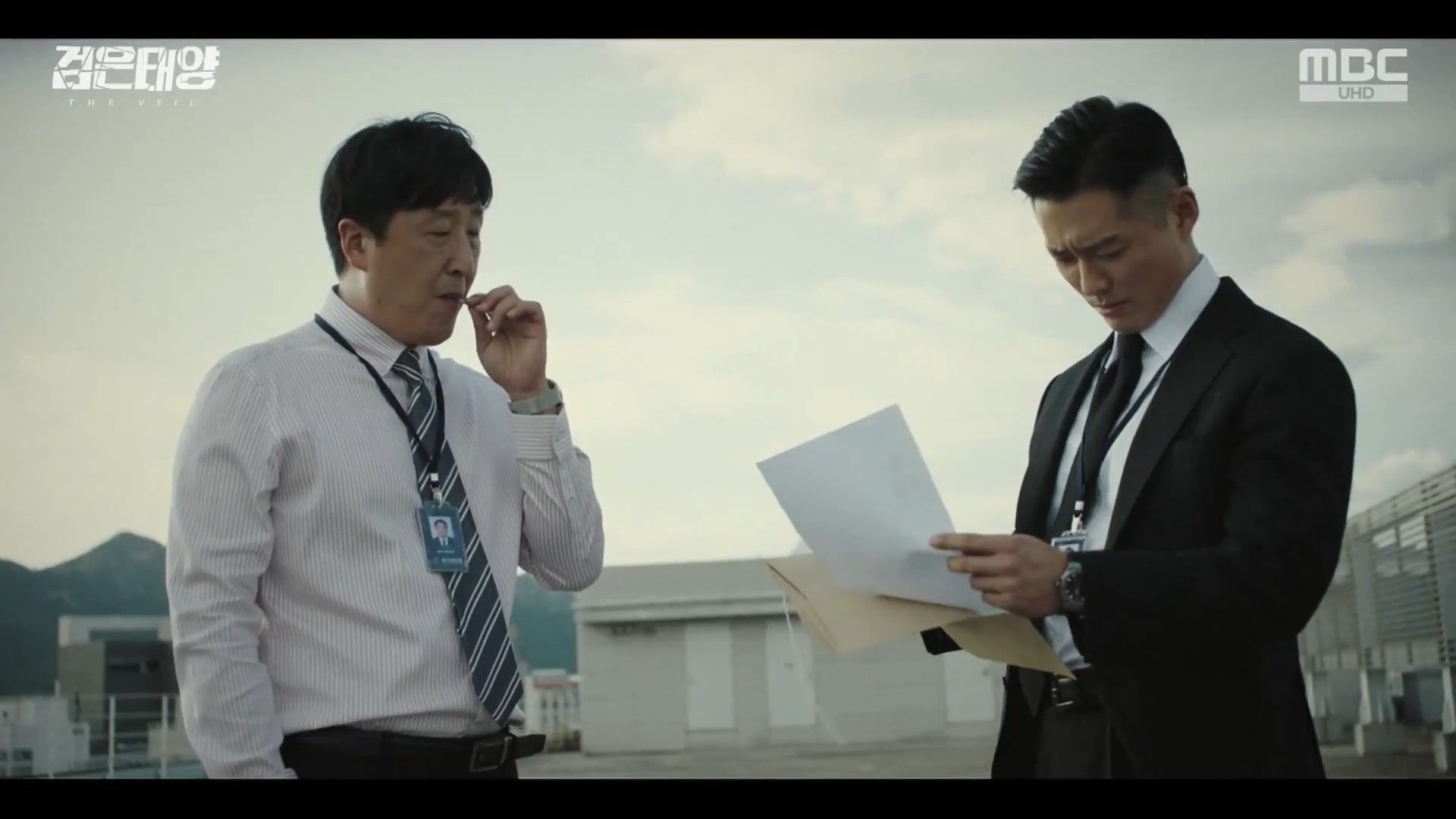 To investigate more, Je Yi even visits reporter Jung Ki Sun’s cousin, Jung Eun Hee, who gave a statement against the reporter. However, Je Yi finds her dead due to overdoses. All of it seems too sudden for her. Meantime, Director Kang reports Deputy Commissioner Do about Ji Hyuk’s past. His past is full of darkness and misery. At 10, Ji Hyuk lost his stepparents due to a robbery case but, he was found with the dead bodies for three days. It led to numerous psychological problems, such as suffering from aphasia and dissociative amnesia. Still, they let him in NIS for their own motive. The coming The Veil Episode 6 will give more clues about their intention for keeping Ji Hyuk in NIS.

Ji Hyuk finds a picture that happens to be Chang Chun Woo, who is NIS black agent. He seems to connect to Yu Seon. Je Yi also learns that the document proving the entry record to North Korea are not sent by the official organization. She informs the same to Su Yeon, who instructs her to cover this truth. However, she does not stop there and tell about the evidence to Ji Hyuk. They decide to meet at a burger place but, after reaching the place, someone kidnaps her. Ji Hyuk chase after the car that kidnaps Je Yi where both cars end up in the worst, only to find Ye Ji in the same car he has been driving.

At the same time, Chang Chun Woo calls to warn him to stop before any more people get hurts, and it is his fault that people getting hurt. Knowing Chun Woo and Su Yeon are linked, Ji Hyuk asks her to meet. Meanwhile, Je Yi gets discharge and returns to the NIS center, where she receives shocking evidence. A videotape clearly showing reporter Jung Ki Sun visited North Korea. The episode ends with Su Yeon and Ji Hyuk talking about their past where someone shoots her. However, a mind-blowing twist turns the whole story when Ji Hyuk learns that he is the one who was holding a gun when Su Yeon got the shot! Therefore, The Veil Episode 6 will be more intense, with a new twist coming on the way! 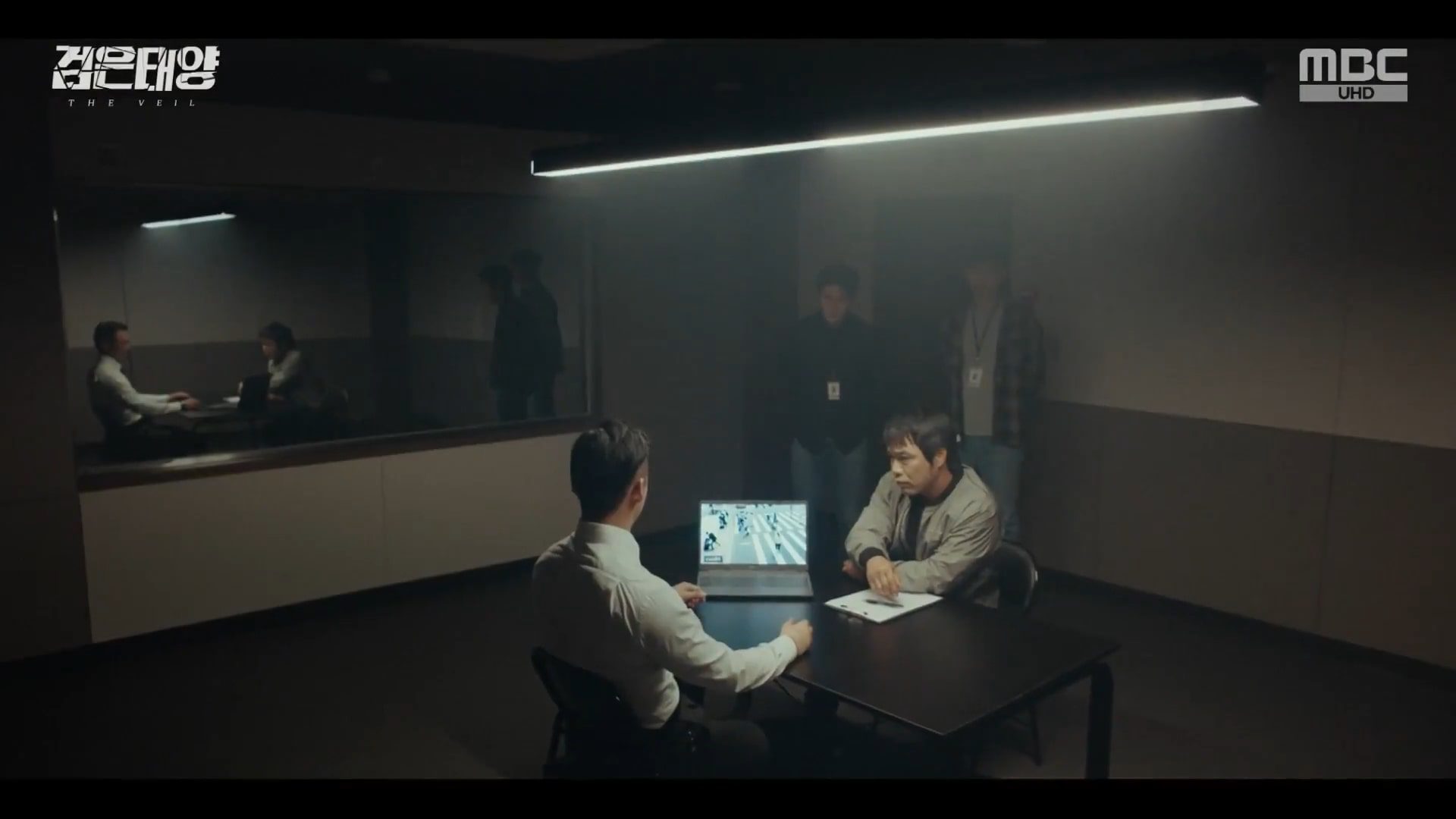 The Veil Episode 6 will be released on 2 October 2021 at 10 pm KST on MBC TV. It is scheduled for 12 episodes. So far, five episodes have been broadcasted. The first episode premiered on 17 September, and the last will release on 23 October 2021. However, the episode schedule can change due to some changes. Each episode runs for one hour and fifteen minutes duration. Every new episode of The Veil drops weekly on Friday and Saturday. The Veil is a crime-investigation kdrama full of suspense and mystery. If you have not started it, you must now!

Domestic viewers (South Korean) can watch The Veil Episode 6 on the MBC TV channel at 10 pm KST. It is also available on Viki and Kocowa for international fans. However, Kocowa is only permitted in North and South America. For better and easy access, you can even download Viki mobile application. 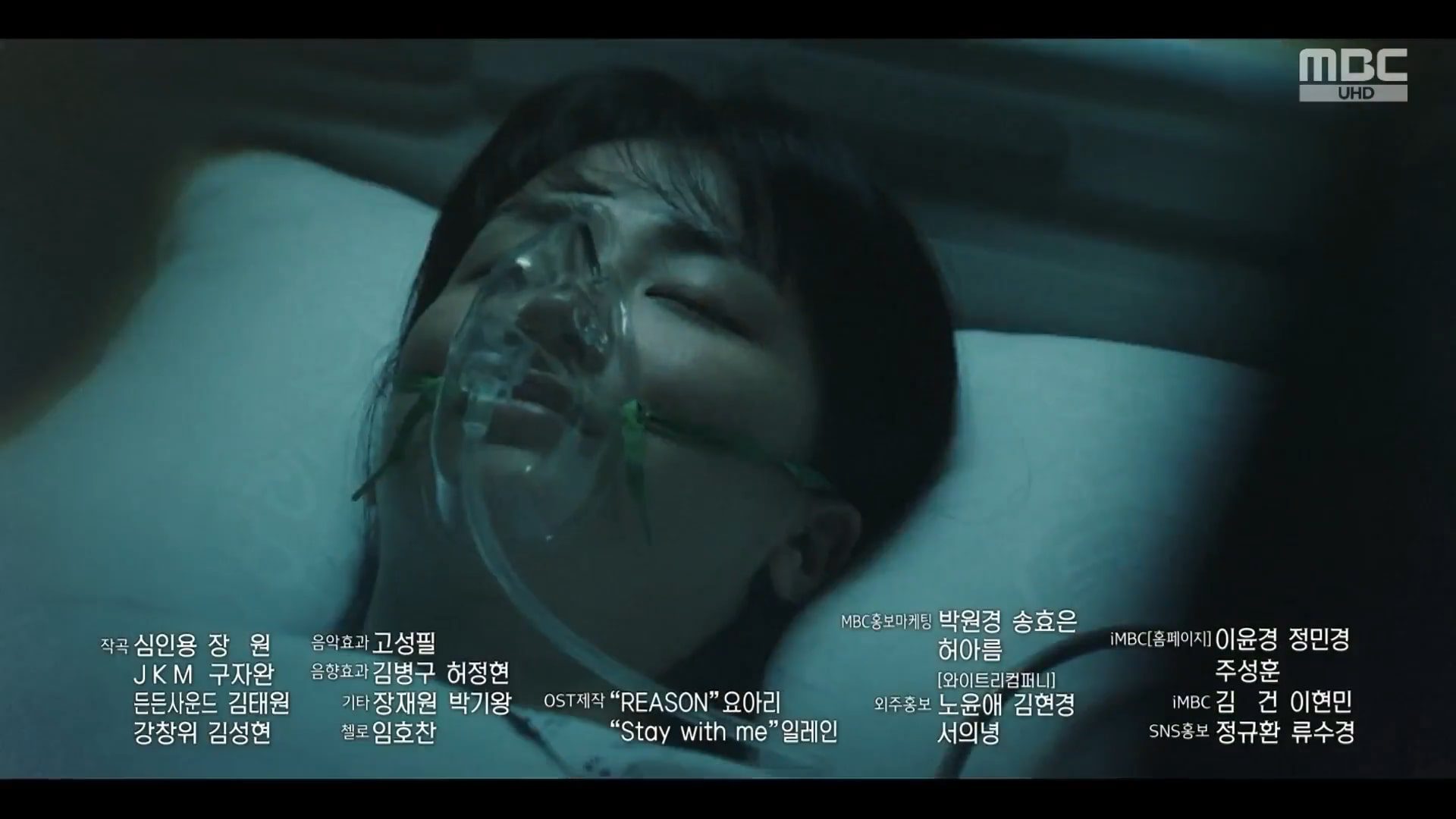 Preview of The Veil Episode 6 is already dropped! The next episode will be another package of action and suspense that would blow your mind. Ji Hyuk will get arrested for shooting Su Yeon. It will create havoc at NIS. Deputy Commissioner Do and Deputy Commissioner Lee get into a fight for letting Ji Hyuk in even though he is not in his sane state. It seems Su Yeon is saved and may be in critical condition. However, Ji Hyuk is not going to stop here. There will be a battle between him and NIS. Director Kang will take over the matter. He does look like he cares about Ji Hyuk, but at this point, it is hard to differentiate real from fake ones. With the last-minute twist in the previous episode, the upcoming The Veil Episode 6 will be more thrilling to watch!