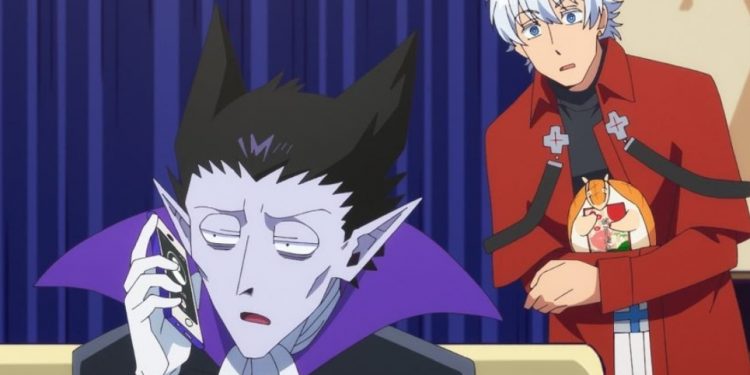 The Vampire Dies in No Time Season Finale

The news of the Lord of Vampire reached Vampire Hunter Ronaldo’s ears, and he began investigating. That leads Ronaldo to visit the mansion of the Lord of Vampire, realizing that he has to defeat the Lord of Vampier Dracul even if it takes his life. But Ronaldo was shocked when he found that the Dracul was the weakest of them all. He couldn’t believe that he had met the most feared guy since that Dracul became “The Vampire Dies in No Time.” Anything that scared Dracul made him die, but he quickly revives since he is a sandy Vampire. Ronaldo and Dracul argued, but the boy reveals that Dracul is not an evil Vampire.

The Vampire Dies in No Time Season Finale Summary

Dracul and Ronaldo, with other Vampire Hunters, became the ultimate force against the evil Vampires. They also helped those vampires who wanted to change their lives. One day a lady who wanted a vampire she fell in love with to suck her blood visited Ronaldo’s place knowing that her guy was there. But she meets with Dracul and realizes that Dracul is not the Vampire she wants. She knew that something was fishy and pretended as she had left. Ronaldo tries to help the vampire guy, but the lady returns and continues to chase the love of her life.

After saving him, the lady sacrificed her life for that guy when a car was almost knocked out. The guy falls in love with her and realizes that she is dead. He decided to fulfill her wish and suck her blood. Her love for the guy made her revive and become a Vampire Empress. The Vampire Empress fled the scene with the love of her life and heads to the Vampire Territory to build a Vampire nation. Dracul, Ronaldo, and Hinaichi also solve another mystery of a vampire guy that wanted to rule the Human Realm.

Dracul finds the doll that resembles that vampire guy and tortures that doll without knowing. That helped them defeat that Vampire since he was unstoppable. The Vampire that gives them touch time is Vampier Lewd and Love. The two allied, after knowing that the Vampire Hunters have defeated them twice and coat the town with their powers, but only a hunter with sharp Lewd talks defeated them. Ronaldo and Dracul’s duo became feared by vampires. But the Vampire Empress reminds the Vampire to live with humans in peace.

Will There Be The Vampire Dies in No Time Season 2?

The Vampire Dies in No Time official sources are yet to confirm season 2 of this Anime. But the way the Anime ended, it seems as if it might continue. You can visit the official platforms of this Anime: Funimation, ANIPLUS, and AIS PLAY to learn more about the amine and recent updates. Those who miss the episode finale can read it using this link: Will Vampire Hunter Ronaldo Defeat Vampire Lover and Lewd In The Vampire Dies in No Time Episode 12?.

Irina: The Vampire Cosmonaut Season Finale and Ending – Will there be a New Season?