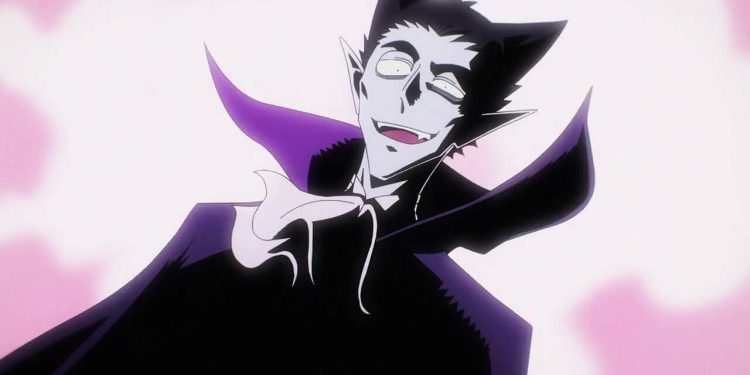 The Vampire dies in no time Season 2: It is going to happen?

The Vampire stories and content has been fascinating for more than we ever remember. From our very childhood, we heard the stories of vampires, witches, ghosts but still didn’t get enough of it. Upon growing up, we get inclined towards them in the form of anime. The series that has fascinated the whole world from the genre is “The Vampire Dies in No Time”. Unlike the stories we can come across at early ages, this one is quite funny and full of humor. It centers on the comic action of the protagonist and Dracula, which turned out to be weirdly funny. So, is The Vampire Dies in No Time Season 2, a possibility?

The Vampire Dies in No Time, also known as “Kyuketsuki Sugu Shinu,” is a Japanese manga series drafted and demonstrated by Itaru Bonnoki. The manga series was officially published in Weekly Shonen Champion in June 2015. Till now, the manga series has been collected into 12 tankobon volumes. An anime adaption of the manga was also produced by Madhouse Studio, which is famous for producing many other famous anime series. The Season 1 of The Vampire Dies in No Time debuted on 4th October 2021. It has been recently concluded, and fans are waiting for a Season 2 of the series to drop out. Hence, in this article, we are going to reveal the predictions for the release of The Vampire Die in no Time Season 2.

About The Vampire Die in no Time

Since I have given a brief introduction to the stanza above, we are going into detail here. The project “The Vampire Die in No Time” was started under the leadership of Hiroshi Kojina, who is already a well-known name for directing other series like Hunter X Hunter. Other than him, the production team also includes Asami Kawano as the assistant director, who also participated in the production of Ace of Diamond Season 2. Yuki Sugawara as the writer who also handled the composition of Sword Art Online, Kaguyama-sama: Love is War, Overlord, No Guns Life and Combatants will be Dispatched! After knowing this expert production team, who might have gotten an image about what kind of series is this The Vampire Die in no time.

As for the plot of the series, it goes around the life of a young man named Ronaldo who recently got the job to pervade a mansion that is owned by a Dracula named Draluc. When they met each other for the first time, Draluc claimed that he was the one and only invincible vampire. At first, Ronaldo was horrified by the rumors he heard about Draluc. He heard that Draluc had also kidnapped a kid. However, upon confronting him, Ronaldo realizes that Draluc is a very weak vampire and cannot kidnap the kid. Later, he discovered that the kid came into the mansion on his own to make the area his personal playground. Throughout the series, you will witness Ronaldo trying to free the mansion from Draluc, followed by their funny confrontations and actions they indulge.

Ronaldo or better known as the protagonist of the series “The Vampire Dies in No Time,” is an infamous vampire hunter. In the series, he gets a job to free a mansion affected by a Dracula. As he was trying to clean up the mansion, Ronaldo accidentally ended up destroying it, so Draluc decided to move with him to his place. As they both moved in together, they unintentionally created a Vampire-Vampire hunter duo. Ronaldo wrote all his life events in his autobiography that goes by the name “The Ronaldo Chronicle” that was published by Autumn Publishing ran by Fukuma.

In the series, you will also witness Ronaldo hanging out with his fellow vampire hunters Satetsu and Shot, getting into disputes with Hanada and Kameya, whom he has been familiar with since his days in high school. The name Ronaldo is a nickname that he got in high school, and as for his real name, it is still unknown. He is known for being extremely short-tempered and rough on his subject, which are generally vampires. Ronaldo has a loose tongue and is foul-mouthed with a very stubborn nature. In the episode of Season 1, you will witness him losing his patience very quickly and getting his temper high with Draluc. His temperamental nature resulted in Draluc dying multiple times in the duration of a few hours and finally resulting in exploding his castle.

The Vampire Dies in no Time Season 1 Finale

As here we are rewinding the Season 1 of The Vampire Dies in no Time to welcome season 2, it is obvious that the spoilers are going to be the main highlight of this article. Recently, the series has dropped out its episode 12 that is the concluding one for the series. We already know what the series centers on, so here we are going to know how season 1 ended. In the season finale, we witnessed a belated Halloween celebration.

Most of the characters from previous episodes were, making it the best ending for the season. Ronaldo and Draluc were the hosts of ShinYokohama’s great Halloween party, which is open for both vampires and humans. The highlight was the dress of Draluc, who was dressed up as “Sword,” a character from a video game which seems to be weak as himself. Characters like Nudenium, Vampire empress Gekkoin Maremi and her boyfriend Adam, Satetsu were also there.

Some of the Vampire’s costumes were less weird than their original look. Nudenium, the nudist Vampire, was there as a sunflower, whereas the Gekkoin and Adam were dressed as demon horns and animal crossing scarecrows. Ronaldo, the party pooper, accuses Statesu, who was dressed as Frankenstein, of having a very boring customer made up of very fewer props. Later in the episode, Ronaldo mistakenly greeted his unexpected guest Gekkoin and Adam by saying, “You’re Welcome”. Draluc tried to make his mood better by saying that all the guests are here because they adore you, which actually made Ronaldo feel better until Draluc revealed that he had scheduled a pole dance performance by Ronaldo. The duo was in absolute chaos at the party, but their unmatched friendly chemistry ended up making the episode a pure hit.

The Vampire Dies in no Time Season 2 Release Date

The Season 1 finale for The Vampire Dies in no time was aired on 20th December 2021, and on the same day, an official announcement regarding season 2 was made. It is officially confirmed that the production of the Vampire Die in no Time Season 2 has begun, but the question lies when it is dropping out. The official production team for the series announced on their Twitter account about season 2 of the series. However, it is said that the announcement is made ahead of time. It should be originally announced when the new volume of the manga will be out. Volume 19 of the manga The Vampire Dies in No time is going to drop out on 7th January 2022. Therefore the same announcement is attached with the manga on its pre-order page.

As the announcement was ahead of time, it was removed from the production’s official handle but can still be seen on Rakuten. If the creator will announce the release of Season 2 with its 2022 manga issue is not going to be very surprising. This was done previously two with the release of Season 1, which was announced in Weekly Shonen Champion issue 2020. So, as for now, there is no particular release date announced for The Vampire Dies in no Time Season 2, but this is not going to stop us from predicting the time it might drop out.

The Vampire Dies in no Time Season 2 Predictions

Lately, the Madhouse Studio has released the animes like Sonny Boy and Takt op. Destiny in the year 2021. As for the year 2022, it is going to release Overlord Season 4, which has been officially announced. Other than the series, movies like Goodbye, DonGless! are going to be out. This shows that the studio is going to move on a tight schedule in this coming year. However, with the releases of Madhouse Studio, we observed a pattern that happened with the Overlord series. The seasons of Overlord are counted separately even though they were released within the time period of three months. The same goes with the No Guns Life anime series. Once the production starts, we can expect the series to drop within six months of the announcement.

We already know that the production for the series has been started and was announced on the very day of the Season 1 finale, we can expect Season 2 of The Vampire dies in no time to drop out as a Summer anime of 2022. This is not an official statement, just a prediction based on the working schedule of the studio. We might have season 2 by June-July 2022.

Also Read: Top 10 Romantic Anime to Watch on Netflix in 2021