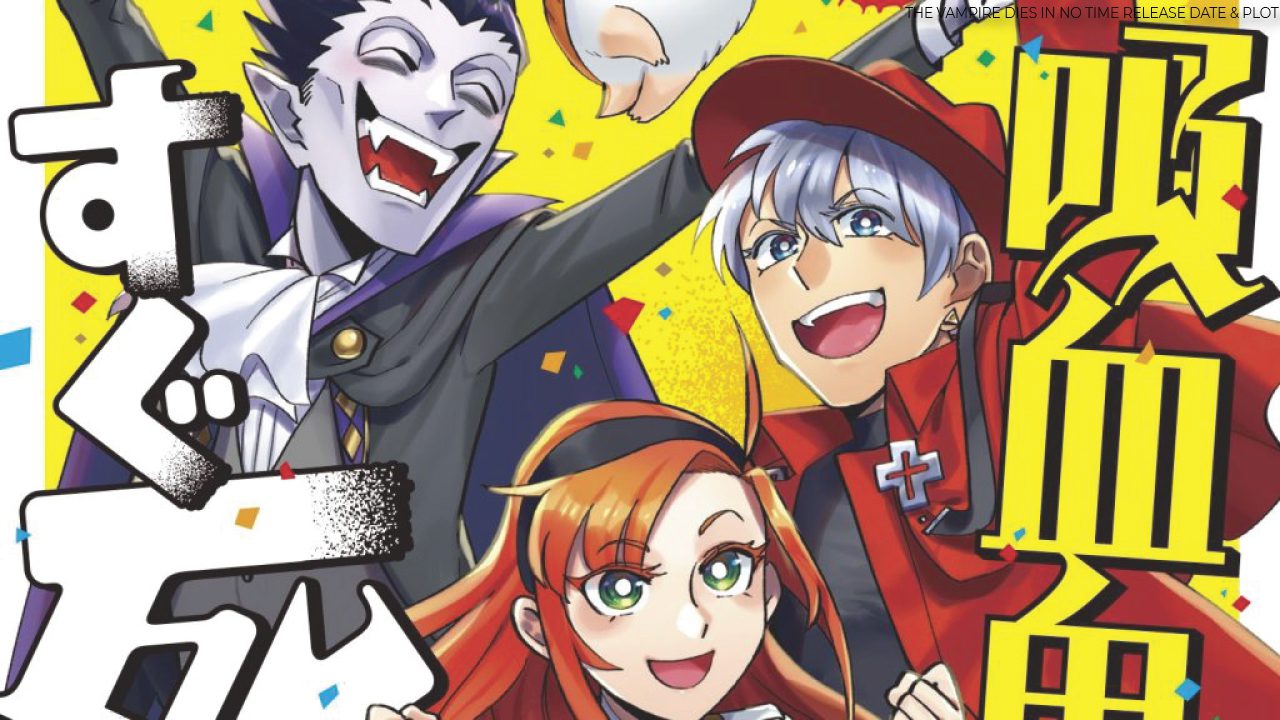 The Vampire Dies In No Time is a manga series from Japan. Itaru Bonnoki is the author and illustrator of “The Vampire Dies in No Time”.  Since June 2015, this manga has been serialized in Akita Shoten’s shonen manga magazine Weekly Shonen Champion. Furthermore, the collection has been published in seventeen tankōbon volumes. These seventeen tankobon volumes have been released as of April 8, 2021. The concept of vampires might be more desensitized today. But they are nevertheless horrifying creatures. It is likely you will not be frightened by Edward Cullen from “Twilight”. But meeting a real vampire face-to-face can be enlightening. Furthermore, they’re weak against garlic, crosses, sunlight, etc. Nevertheless, they’re still astonishingly strong regardless of their weaknesses. Also with a penchant for feeding on people. Moreover, they’re near-impossible to kill if not prepared ahead of time.

However, it’s not the case for one vampire. The protagonist of “The Vampire Dies in No Time” is Dralc. He boasts a prestigious and flimsy reputation. But he is weak to all of the items mentioned above and more. A slight shock to his delicate frame can cause it to disintegrate. The series, however, is not as feeble as Dralc. ‘

The Vampire Dies in No Time’ will finally get an anime adaptation six years after its initial manga debut. On May 7, 2020, Weekly Shonen Champion published an announcement about an anime adaptation. The animation will be provided by Madhouse. The studio is the same one that made “One Punch Man” and No Game No Life. This anime series is going to be directed by Hiroshi Kōjina. Scripts for the series are overseen by Yukie Sugawara. Furthermore, Mayuko Nakano designed the characters. Additionally, the music was composed by Ryo Takahashi. 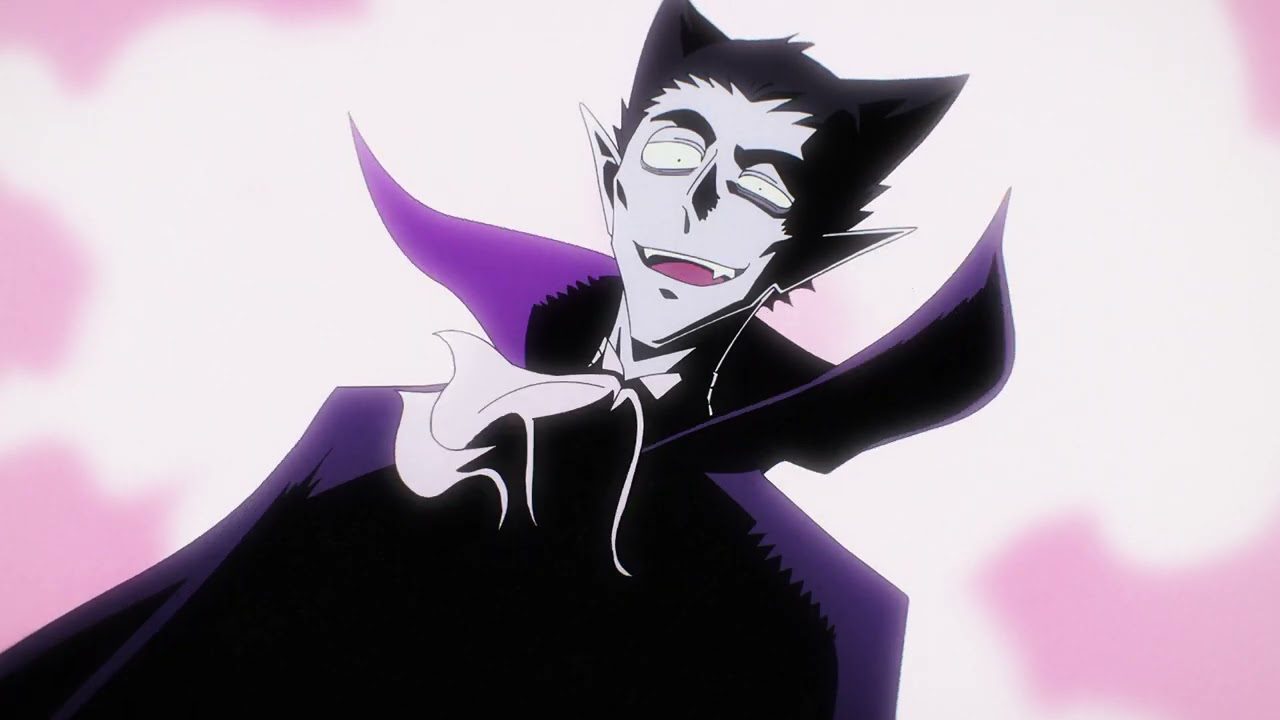 In The Vampire Dies In No Time, Dralc is the main character. A vampire unlike others he is different. Further, Ronaldo is a professional vampire hunter. An investigation takes him to a stereotypically scary castle. Because a group of children mysteriously disappears. In addition, he encounters a vampire that is like no other. An old and powerful, but somewhat perishable, Dralc. Dralc was not the monster Ronaldo expected to face. Besides turning into ash at the slightest touch, Dralc is not a creature that eats children. Further, Children who were reported missing had actually entered the castle of their own accord. Fortunately, none of the children were injured. The castle was also used by the children for playing.

Ronaldo unwittingly destroyed Dralc’s castle. Due to the fact that he was hunting. As a result, the feeble vampire is forced to move into Ronaldo’s office. His office was located right in the middle of the city. In addition to each other, they face a variety of challenges. This includes threats from other vampires, Ronaldo’s editors, and more. Further, “The Vampire Dies in No Time” promises to be a horror-comedy. This is also filled with gags galore. As these demonic creatures struggle to survive. 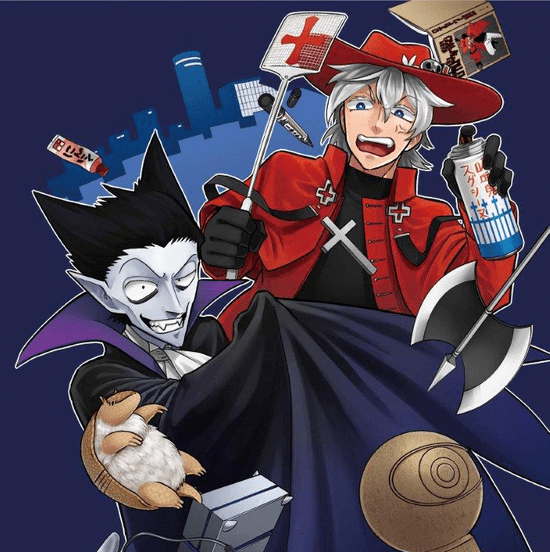 The series definitely has a strong grasp on their cast for the Japanese dub. The show’s protagonist, Dralc, is easily slain. His character is similar to the popular version of Count Dracula that has a debonair image. The voice of Dralc is provided by actor Jun Fukuyama. The character of Ronaldo was voiced by Makoto Furukawa. Likewise, Mutsumi Tamura plays the voice of John, the other core character.

“Bleach” and “Code Geass” are two of Fukuyama’s most renowned works. While Furukawa and Tamura have both played prominent roles in “Kaguya Sama: Love is War”. Additionally, both of them starred together in “Miss Kobayashi’s Dragon Maid.” respectively. Moreover, the cast includes more dubbing artists. Moreover, Tou and Hinaichi are voiced by Yoshitsugu Matsuoka and Natsumi Hioka, respectively. Kaori Ishihara provided the voice of Ta Chan. Furthermore, Hiyoshi is voiced by Daisuke Ono. The series also features other talented dubbing artists. Further, there are a lot more characters on “The Vampire Dies in No Time”.

The Vampire Dies In No Time Release Date