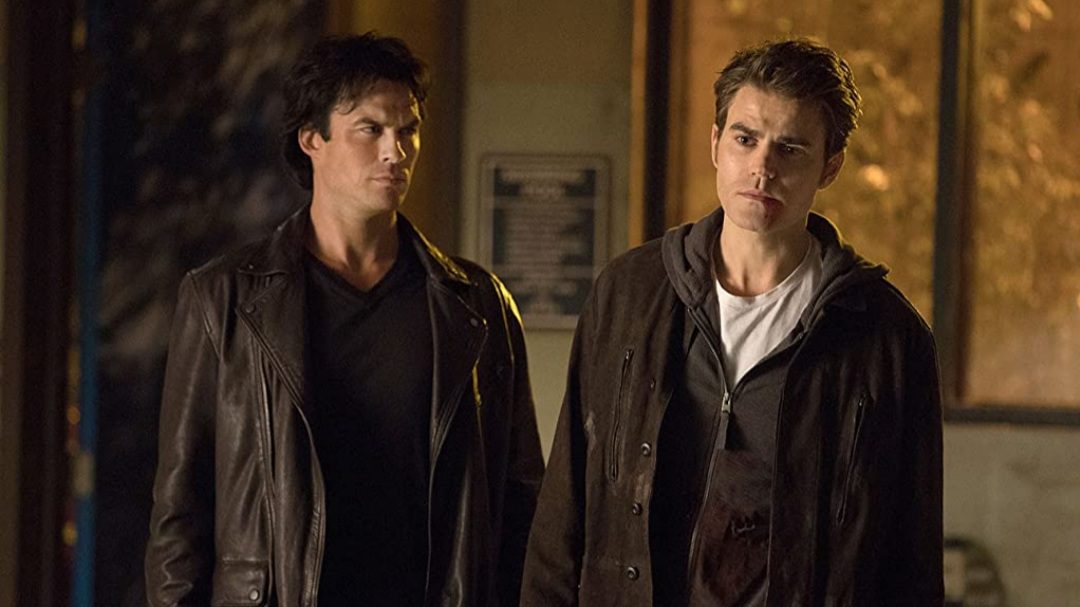 The Vampire Diaries culminated years-long of a run with a finale that packed a range of emotions. Spanning eight seasons, the show is one of the biggest supernatural shows of all time. The last episode of the show premiered on CW and concluded a lot of storylines in an emotional finale. There was everything, tearful encounters, bittersweet closures, and happy endings. Dobrev also made a return to the show to provide closure to Elena and Katherine’s storylines. Damon and Stefan’s story that started long ago, comes to a tear-jerker of a conclusion. We see the two brothers going from a dodgy relationship to one where they fought to sacrifice themselves for the other one.

The Vampire Diaries witnessed the return of the long-time archnemesis of the Salvatore brothers — Katherine. She is back and out for revenge. Spoiling Stefan and Caroline’s union, she is out to exact a much bigger toll time. Taking fire from the hell, she is hellbent on destroying Mystic Falls. But as always, Bonnie is here to the rescue. She flexes her savior chops once again and accompanies the Salvatore brothers in sending Katherine back to hell. However, defeating Katherine incurs heavy losses for the Salvatore brothers. Here’s a recap of all that happened in the conclusions of all the main arc. 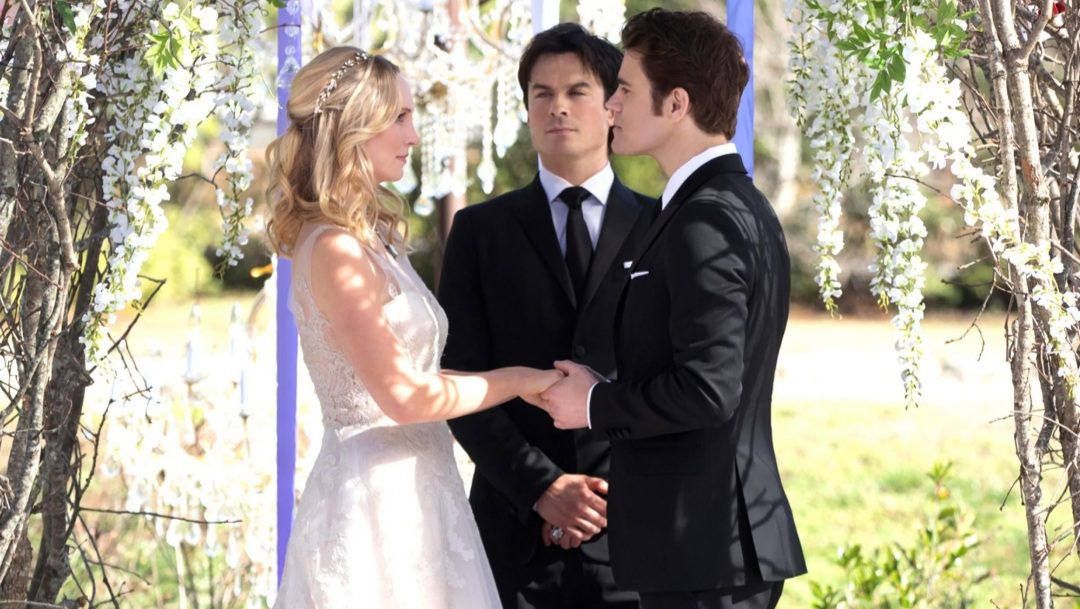 The Vampire Diaries ending saw Bonnie finding herself in the ethereal forest. She comes across Elena, who comes to the realization that Bonnie must be dead. While Bonnie is ready to reunite with Enzo and meet her friend, it’s not her time yet. Enzo tells Bonnie it’s not her time just yet and leads her to the light. She then returns to life as Stefan and Caroline resuscitate her. Bonnie then goes on to do what she is best at, saving the day. She has been doing the saving throughout the show. And this time was no exception.

Bonnie calls upon her ancestors and puts an end to Katherine’s plan to destroy Mystic Falls by using Hellfire. She manages to save the day and send the fire back to hell. The ending of The Vampire Diaries sees Bonnie heading off to travel the world, living life to the fullest. Contrary to a lot of speculation and shipping, Bonnie and Damon didn’t end up together.

After taking control of hell, she sends her minions to wreak chaos at Stefan and Caroline’s wedding. Following Bonnie’s death, Katherine pretends to be Elena again and fools Damon. Katherine tries to play at Damon’s insecurities again, taunting him about his relationship with Elena. We then learn the big bad plan she has been concocting this time. Her plan entails the destruction of Mystic Falls as well as Elena’s body, using hellfire. However, the brothers manage to defeat her. Damon impales her with the dagger while Stefan puts the nail down with sacrificing himself. As she burns with her own hellfire, unable to escape, her death takes the heaviest toll, and Stefan also perishes. 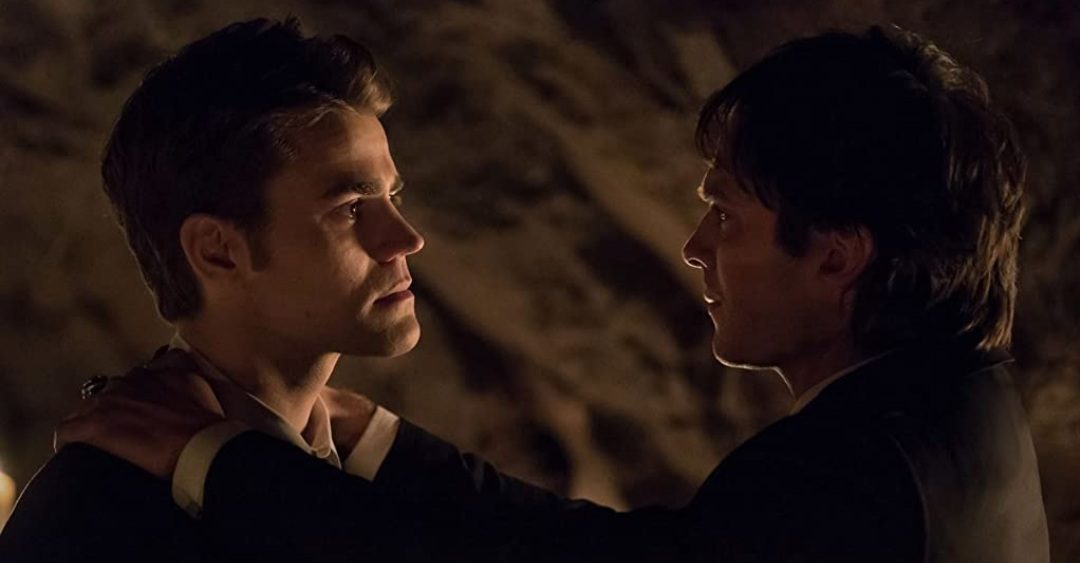 The fans of the show had to bid a tearful goodbye to one-half of the Salvatore brothers. The departure was especially heavy since it came mere hours after he’d exchanged vows with Caroline. Throughout the last few seasons, the couple had gone from friends to lovers. After the marriage, they had just a few hours to cherish before Katherine arrived with hellfire. Stefan had to make the ultimate sacrifice and save his brother from making one. When he saw Damon was going to sacrifice himself to save Mystic Falls, Stefan stopped him and sacrificed himself instead.

Before departing to the afterlife, Stefan has an emotional moment with Caroline. He also meets Elena in the afterlife before she comes back to life. Stefan also tells Elena that he’ll love Caroline forever. We also see Stefan finding himself in the high school parking lot. There, he meets his best friend Lexi, whose death we saw seasons earlier. Stefan has an emotional and wholesome reunion with Lexi and then, of course his brother Damon.

Elena also reunites with her loved ones in the finale. She turns into a human and shares that she and Damon grew old together, and she completed her medical school. She returns to Mystic Falls and reunites with her parents. The couple was always a subject of heavy shipping from the fans. It was always dubious as to who Elena will end up with, Stefan or Damon. The Vampire Diaries ends with Stefan marrying Caroline while Elena gets together with Damon. 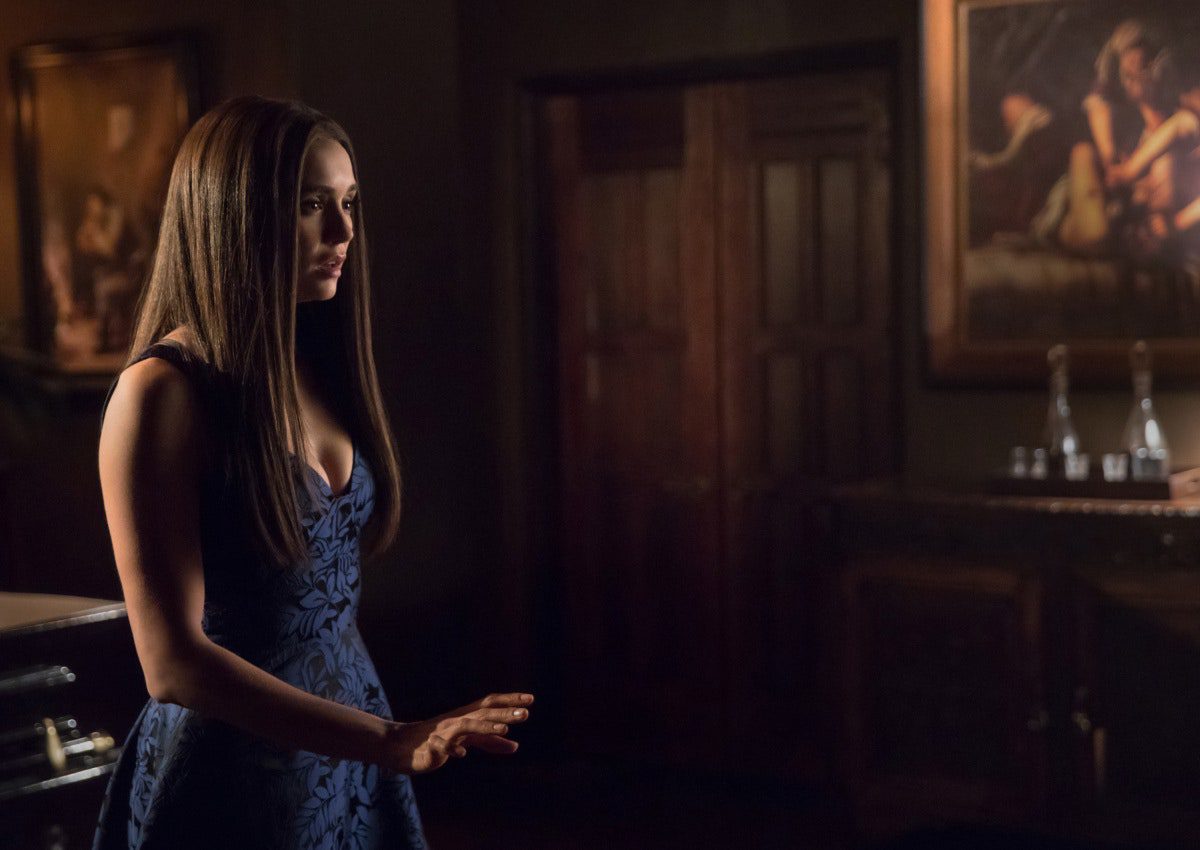 Dobrev returns to the show to give closure to Elena and Katherine’s storylines.

Damon and Stefan finally reunite in the afterlife after Damon lives out his days. Damon, wanting to put an end to Katherine and her efforts to harm his loved ones, decides to sacrifice himself. He had come a long way from being a ruthless monster of a vampire. From killing humans for fun to caring for his loved ones enough to sacrifice himself, he’s had a great arc. Stefan and Damon have always had a rocky dynamic in the show. But the brothers stuck together and had a tremendous amount of development throughout the seasons. At the end of The Vampire Diaries, Stefan chooses to sacrifice himself instead.

The brothers have a heck of an emotional exchange where they argue over who needs redemption more. In the end, Stefan tricks Damon and sneakily injects him with the Vampire cure. Stefan then grabs Katherine as they both set ablaze with the hellfire. The very final scene of The Vampire Diaries sees the two brothers reuniting in the Mansion. At the Salvatore mansion, Damon arrives, and the two brothers embrace. We understand that Damon has lived a long and happy life before dying and reuniting with Stefan in the afterlife.

All seasons of The Vampire Diaries are currently available to stream on Netflix.