Just like ‘One day at a time’ or Fuller house Netflix’s Upshaws is a sitcom focusing on the everyday struggles of a messy but adorable and well-meaning family. Netflix has yet to announce if The Upshaws will return for a Season 2. Fans of the show will tell you how eagerly they are anticipating the next installment of the show. Netflix is committed to lifting up Black Hollywood. In interview managers, Bradley Edwards and Jasmyn Lawson have said “We grew up watching a lot of TV. And some of the beloved Black sitcoms of the ‘90s and early eighties had a huge impact on us … most importantly, we felt like we saw ourselves on screen.”

If you have been following the show, you obviously have been rooting for a Season 2. So, here’s everything we know about the upcoming season. It is a known fact that Netflix takes a year between seasons to produce a show. Give or take a few months unless Covid 19 causes further delays if The Upshaws gets renewed, it would be roughly around May 2022. We can expect the entire family cast to return if there is a Season 2. Mike Epps, who is also an executive producer of the show supposedly loves the fact that the show projects what a real-life working-class Black family is like, onscreen. According to him great television or great sitcoms are like medicine. They help in healing people. And we couldn’t agree more. 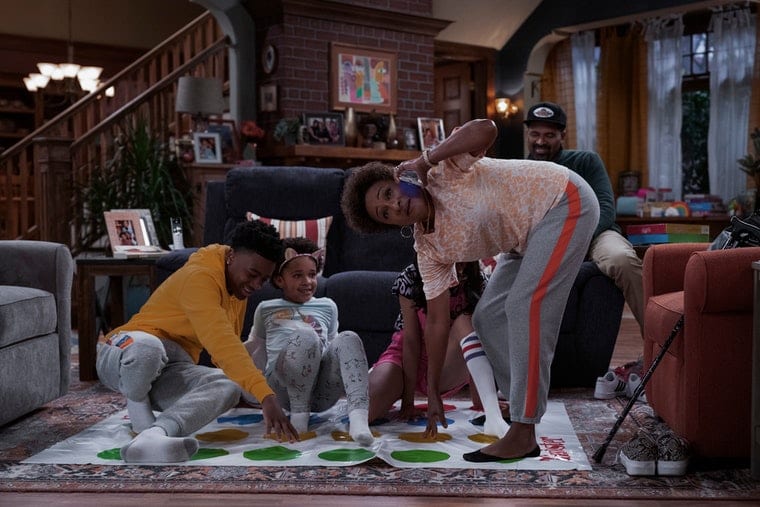 The first season of The Upshaws ended with a great deal of drama. So it is a given that the creative team behind the sitcom already has lots of ideas for a brand new season. Also, feel-good family dramas are generally very much in demand because they connect with the audience very well and relate to their everyday struggles with normal life. The Upshaws also had a strong cast of actors led by comedy veterans Wanda Sykes and Mike Epps, who both also executive produce the show.

What we loved in The Upshaws

For those of you who have not watched the show yet, here’s a small recap of what happened in the first season and why the audience literally fell in love with the lead characters of the show. The hilarious sitcom centered around the life of Bernard or Benny(Epps), who like every father always tries to do what’s best for his family. Irrespective of however well-meaning Benny’s attempts are, he always ends up doing everything wrong, much to the irritation of his wife Regina. Benny and Regina have two daughters Aaliyah and Maya.

Benny and Regina were high school sweethearts who got pregnant whilst still in school. Their first child Bernard Jr. is a grown man who holds a serious grudge against Benny for having been such an irresponsible father. He lives away from the family. Benny also has another son from when he and Regina were on a break. This is something that Regina still cannot digest. His bunch of clueless friends in their attempts at helping Ben provide for many rip-roaring comic situations. Benny’s biggest critic is his wife’s sister Lucretia who thinks Regina could have done better and always points out his flaws.

As of now, we are assuming that Netflix will perhaps consider the viewership figures across May and June in order to determine whether renewal is warranted. Considering this, it’s probably too early to expect any concrete news on whether or not we will be getting a Season 2. Fingers crossed is all we can say.