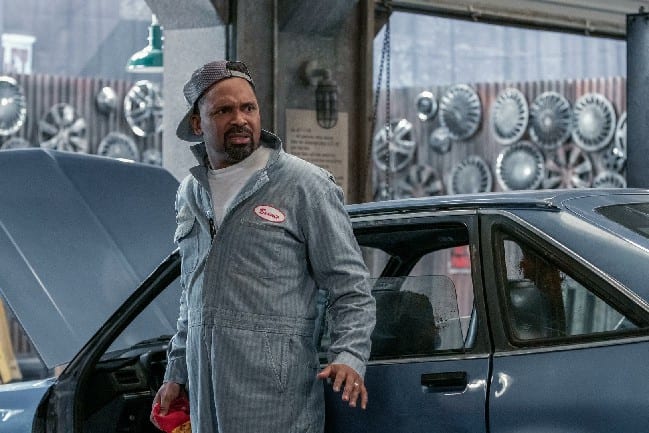 From The Upshaws Featuring Mike Epps as Bernard "Bennie" Upshaw,

Netflix brought a new family to the OTT platform. A little messed up, but yes we loved The Upshaws. The OTT giant added The Upshaws as the newest Original sitcom to its library. The show has done a pretty decent job on its first season run. It introduced to a messed up, careless but lovable character of Bennie played by none other than Mike Epps himself. Plus, his wide dynamic of the family whom all part of the careless deeds he has been part of. Now he somehow needs to take responsibility for that. Furthermore, avoid those screw-ups if he wants to stay intact with them.

Regina Y. Hicks & Wanda Sykes created the show with Skyes starring alongside Mike Epps, Kim Fields, Page Kennedy, Diamond Lyons, Khali Spraggins, Jermelle Simon, Gabrielle Dennis, and Journey Christine. Releasing on Netflix on the 12th of May, the first season run ended on quite a cliffhanger. We saw a big turning point when Bennie finally started accepting his mistakes. In turn, his family accepting him. But a big bomb arrived in the form of a little girl who claimed to be his daughter. What is it all about? Let’s take a look at it.

The Upshaws introduced us to the working black class family headed by Bernard “Bennie” Upshaw living in Indiana. Looking for a better life, they often find themselves in trouble. Especially with Bennie bringing in more of it which continues to hurt them time and again. Bennie’s family includes his wife Regina, whom he met during his high school days and has three kids with her. They are Bernard, Aaliyah, and Maya Upshaw. Also, Bennie’s son has hairstylist Tasha Lewis named Kelvin Apart from them, they are often joined by Bennie’s ex-con friend Duck and, most importantly Lucretia, Regina’s sister. 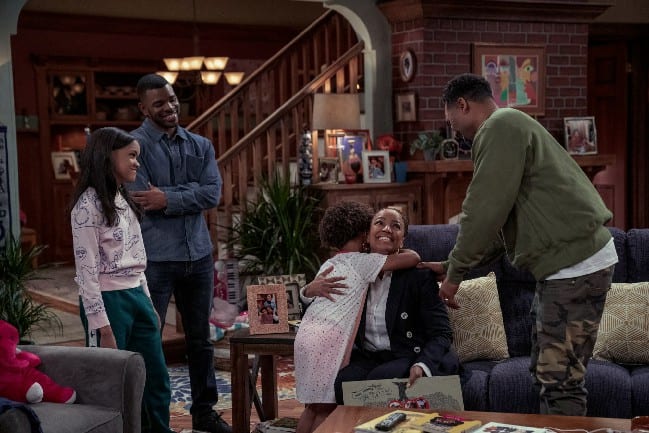 Throughout the first season of the episode, we saw the same old Bennie struggling to stick this life together with his family. We saw him trying to keep two birthday parties together, living up the top of his customers, and much more. Amidst this, he also tried to mold his relationship with Regina who was also struggling for a better job. So she looks ahead to attempt for GMAT soon. Then Bernard, Bennie, and Regina’s firstborn, who they conceived during college days, is someone who doesn’t share a great relationship with his father either. He doesn’t like him for not being there for him and supporting him during his childhood.

Furthermore, Kelvin and her mother Tasha, are some people Regina is irked by too. Especially because Benne had an affair with Tasha thinking, they were on a breakup. Anyway, as they continue to mold somehow, Lucretia always criticized Regina for her choices but keeping her life up, she goes ahead for GMAT. But Bennie makes that even difficult when he uses up all the money she saved. This leads her to throw him away from the house until a point comes when everyone else except her reconciles with Bennie. Leaving her to feel like Bennie is trying to turn everyone in her family towards him.

The final episode of The Upshaws saw Regina reconciling that she can’t handle the house, children and prepare for an exam at the same time. Even Bennie comes back to the state he wants to be with his children and doesn’t want them to suffer the same way Bernard did. So she lets him but he manages to boil her again when instead of living in the basement he lives in Maya’s room.

Somehow Regina stays focused on GMAT while Bennie bonds over with his family as they play Never Have I Ever with sodas. Even Bernard joins and soon, Kelvin too. Bennie helped Lucretia with a lover too who also joins him. This boils Regina further, and she decides to have a take with Bennie. They have a loud battle which eventually leads up to a reconciliation between them. 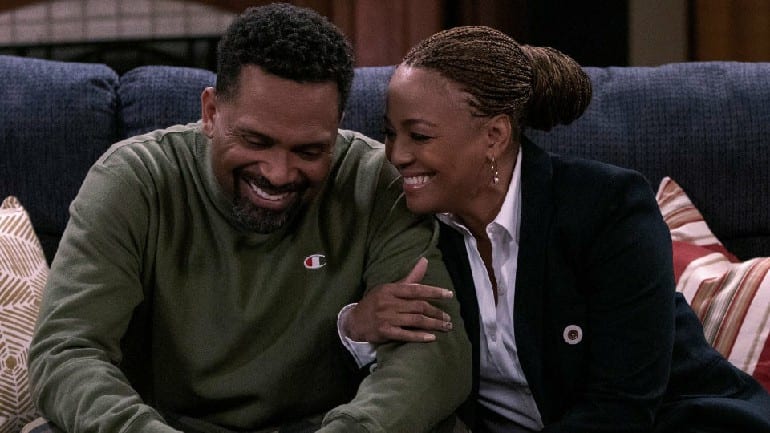 The ending moments see Regina coming back with the result from the exam while Bennie has prepared a congratulations party for her. Regina is of course, happy all her family did, but the truth is she failed the exam. In the end, she vows to not give up and take another shot at the exam. Furthermore, the whole family acknowledges their relationship with each other which is stronger than ever.

The season finale of The Upshaws ended on a cliffhanger with a little girl looking for Bennie. She says she is Bennie’s daughter. Thus, leaving the family in a state of shock. Now, the question remains whose daughter she is apart from Bennie. Regina is already furious with Bennie having a son with Tasha. So is this girl could be the result of Bennie’s affair with another woman. Was it during the same break? or did Bennie cheated on Regina? Right now, all we know is no matter how much Bennie might have learned this season. He and his past of carelessness found another way to break the relationship he was forming back. Will he be able to rebuild it will be seen if a second season of The Upshaws is intended by Netflix.