The UnXplained Season 3 Episode 5 will take a look at magical healing water to men and women who lived on for years. 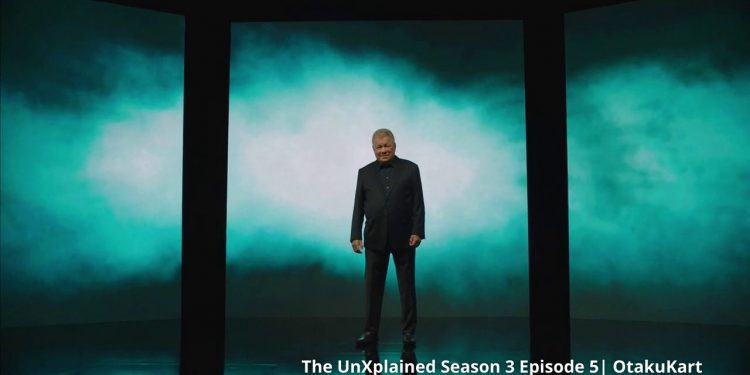 The UnXplained Season 3 Episode 5 will dive deep into the mystery of men and women who lived for hundreds of years. The mystery that lies behind their pro-longed life. Also a look at the mystical waters that came with healing powers. What ingredients did the water come with leading people to believe it’s no less than magic. But before we move to the topic of life, the show took us on a trip of possible apocalypses that may or may take place. For the same, we need to have possible solutions that could help us prevent it.

Right from the threats in outer space that come in the form of rocks that could disrupt our earth once entered the atmosphere. To the threats that are sleeping right with us in the form of earthquakes and volcanoes. Also, intelligent species, that could be keeping an eye on us. The one that is far superior than us when it comes to technology. Lastly, the question of ‘are we real or just part of a simulation?’.

Previously on The UnXplained Season 3, we opened up to the time a massive asteroid called Apophis could be coming to earth. How Apophis hitting the earth could result in extinction-level destruction. The show took a look back at previous such asteroids that had such impacts. This took them to the time when the US Government asked NASA to cross out the potential asteroids as a threat. Lastly, it also took a look at some end-of-the-world events from history. Analyzing the same, which one could predict the end of humanity and if humans have everything to prevent it.

Threats from outer space aside, there is one apocalypse that’s lurking under our feet. The Earth itself. The earthquakes and volcanic eruptions such as Kilauea volcanic eruption. But a more scary one comes in the form of Super Volcanoes. Apart from heat and destruction, it could also affect the atmosphere of death. With that, around 12-20 of them are scattered across the earth. One such did happen before the existence of humans and geologists call it Permian-Triassic Extinction while some refer to it as The Great Dying. Then about a Volcano that rests under the Lake Taupo of New Zealand.

After Volcanoes, another threat to humanity’s existence comes in a form that can swallow the earth is the Black Hole. The mysterious areas in the space can even swallow the light with such gravity. If a black hole ever crosses the path with Earth, it may rip the planet to sheds before swallowing it. Although none of the black holes are closer to Earth or coming near. There is a chance of their creation on Earth. This took us to the Large Hadron Collider.

The next threat suggests that we may not be alone in the universe. The finding suggests that there are 29 potentially advanced Extra-terrestrial Civilizations 50 light-years away from Earth. Also, they might be observing us and could have technology that can wipe us out in an instant.  The last possible threat was the simulation theory that suggests we live in a video game. Especially with advancements in computers and graphics that allow us to create almost real-life simulations. If it is real, one plug pulled, and we are gone.

The UnXplained Season 3 Episode 5 is releasing on 3 December 2021. It is titled, “Secrets of the Immortals”. The official synopsis of the episode suggests that we are in for a history lesson to learn about immortal men and women. That with a look at what people like to call Sacred waters that come with incredible healing powers. Then ancient men went on to live for hundreds of years. There must be a scientific approach to this eternal life and that is what The UnXplained Season 3 Episode 5 would be all about.