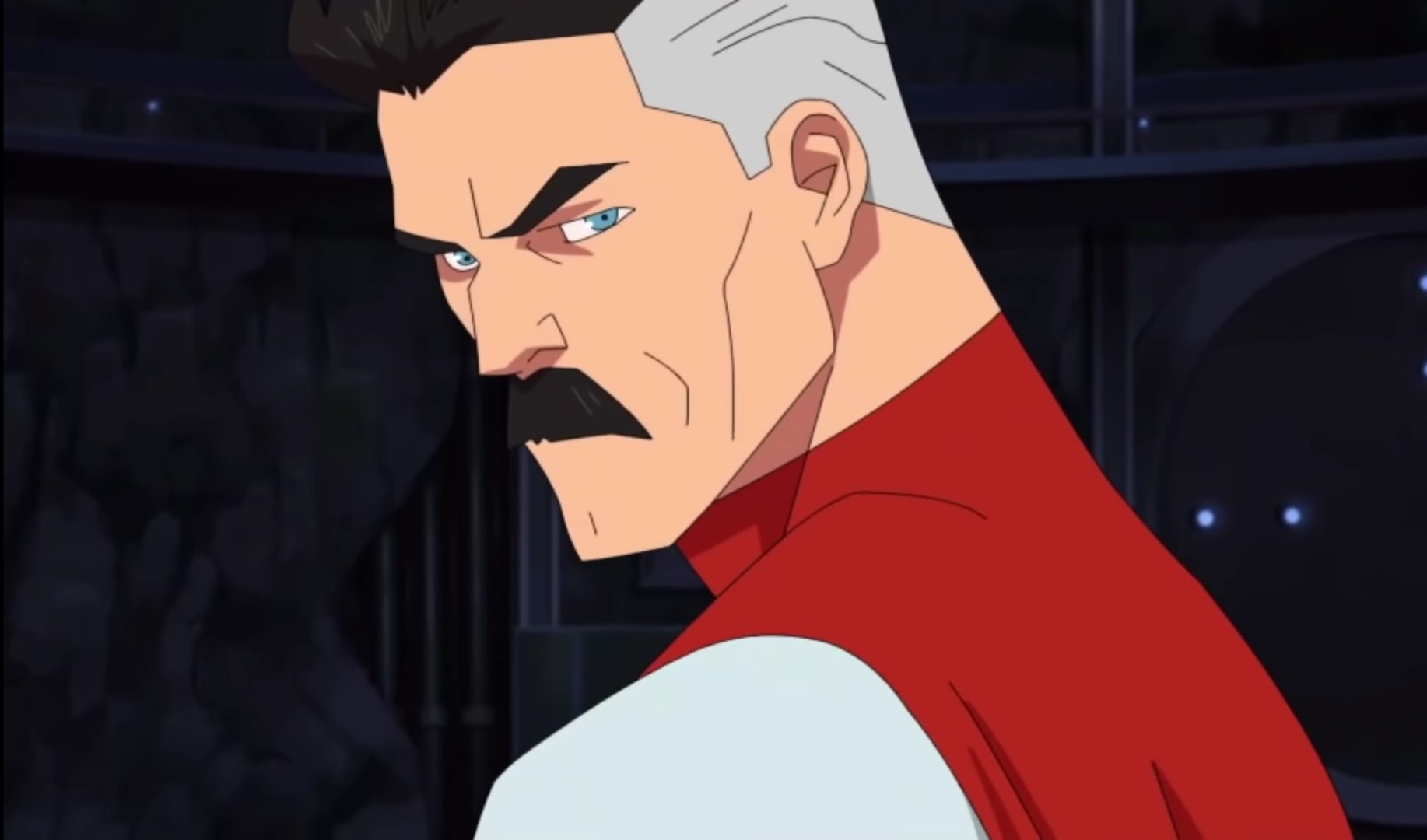 Over the years, we all have heard about various superheroes, ranging from Superman to Batman and Iron man to Hawkeye. But the super hero’s from other comics didn’t get the attention they deserved. Recently most of us may have heard about a series premiering in Amazon Prime Video called Invincible. While the topic to talk about in this series is for another day, let us look at one of the lead characters in the show called Omni-Man. In this article, we will be looking at the underrated Omni-Man. We will be covering everything we know about this superhero. Do note that some of the facts may be spoilers for the show as well as the comics. Do keep in mind this if you are reading this article further.

Omni-Man who’s real name is Nolan Grayson, is a fictional superhero as well as the supervillain in the Image Universe. Omni-Man was created by writer Robert Kirkman and artist Cory Walker with Ryan Ottley. This character was created as an expansion of a character concept created by Alan Moore and Chris Sprouse. Omni-Man is the father of Invincible as well as a member of the Viltrumite race. Viltrymite race is a humanoid species of extraterrestrial origin with immense powers, working as a superhero on Earth. Omni-Man sports a large mustache that is customary for males of his species. Omni-Man has appeared in various comics like Supreme, Invincible, Noble Causes, and Dynamo 5. In the television series, Invincible Omni-Man is voiced by J. K. Simmons. 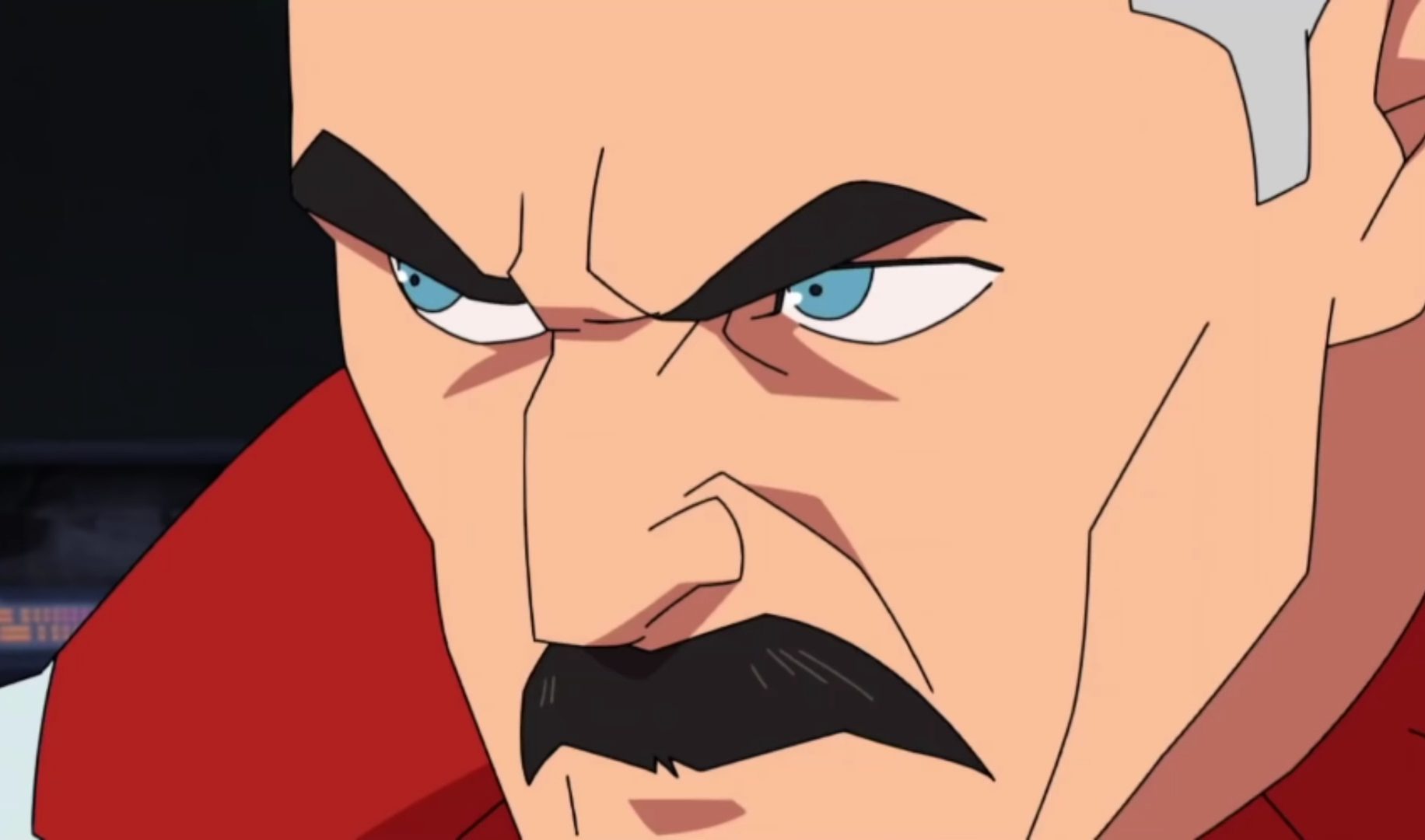 Omni-Man who’s real name is Nolan Grayson is a fictional superhero as well as the supervillain in the Image Universe.

Omni-Man first appeared in Supreme: The Story of the Year, the superhero Supreme after adopting the civilian identity of Ethan Crane, a comic book artist, begins drawing the adventures of Omni-Man for Dazzle Comics. Omni-man’s secret identity was set as Spencer Samson, with his love interests as Linda Lake and Lyra Lemuria.

Along with that, his love interest also included writer and Omniman creator Diana Dane. Supervillain Cyber-Zerk attacks Supreme’s place of work in search of Omniman, thinking that the comics were about a true superhero and kidnapped Dane in an attempt to draw him out. Supreme encounters a real-life version of the Dazzle Comics Omniman in his office when he finds out that a comic book was his own life as it is happening.

After questioning their respective existences and accusing the other of being fictional, Omniman and Supreme decided to showcase each other’s powers in a brawl. After the multiversal war and the subsequential revision of Earth’s history in Erik Larsen’s Supreme, after beating Supreme to a comma, the real Omni-Man faces a mean Supreme and goes on a killing spree, murdering criminals to showcase his position as the most powerful superhero on the planet.

In the Invincible comics, Omni-Man arrives on Earth in the 1980s. Upon reaching the Earth, he eventually adopted a secret identity of a best-selling author name called Nolan Grayson. He married Debbie, whose life he had saved previously. Together they had a son named Mark Grayson. In issue number 7 of the comics, Nolan lures Earth’s superhero team, the Guardians of the Globe, to their hideout in Utah and brutally murders all the members. 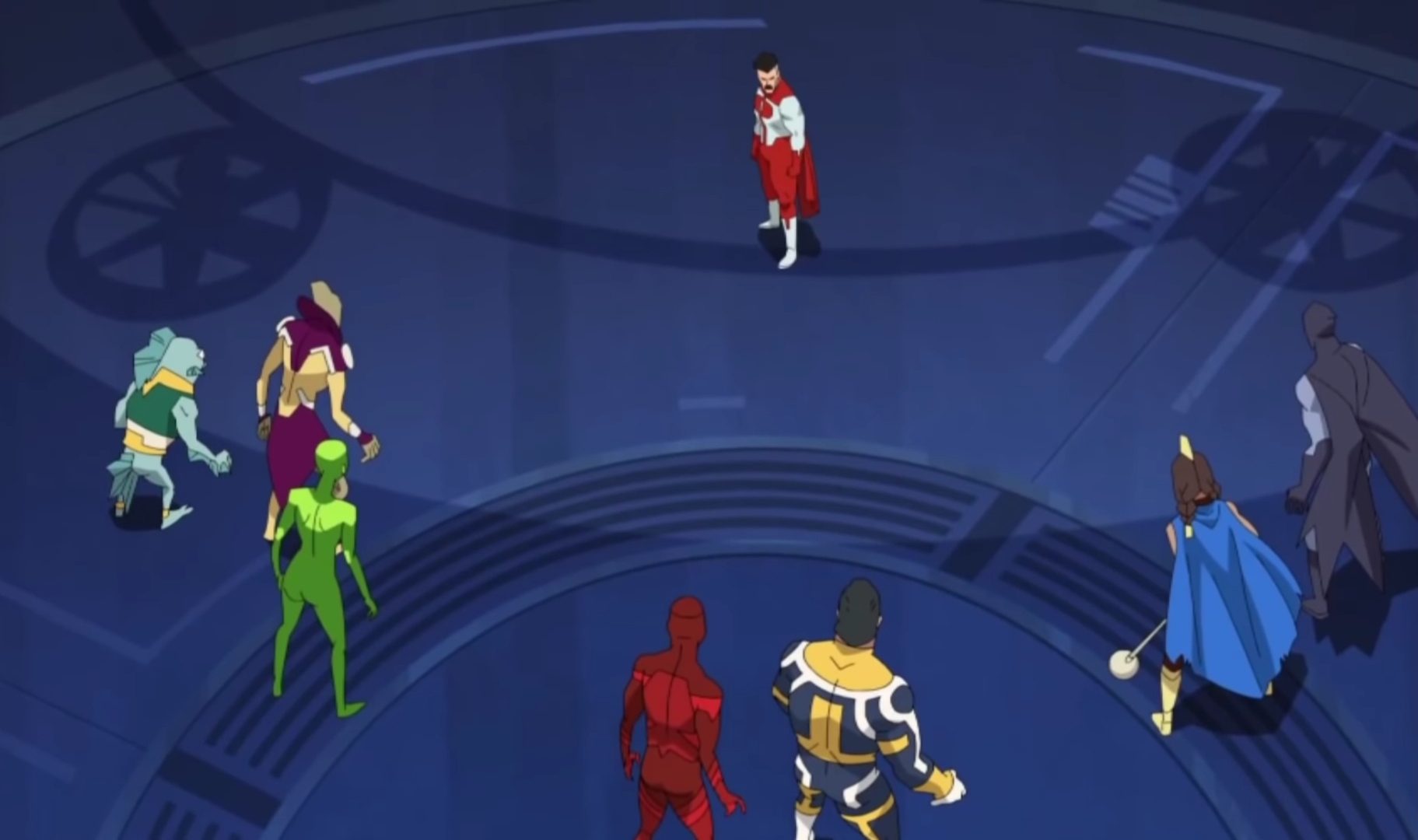 Nolan lures Earth’s superhero team, the Guardians of the Globe, to their hideout in Utah and brutally murders all the members.

Later Immortal, the Guardians’ leader, tracked down Nolan and battled him in public, outing him as the murderer. Nolan reveals that he was sent to Earth by the Viltrum Empire as a conqueror. It was further revealed that Nolan had found a new planet in hopes of offsetting some of the consequences of his earthly failures.

The habitats of this planet were the Mantis Aliens, insectoid people who live their entire life within nine months. They had the custom to choose the oldest among them to act as their leader. Here Nolan had a native wife, Andressa, and sired a second son, Oliver. The genetic differences between Viltrumites and the mantis-people were more apparent.

These differences caused the child to age slowly than his mother’s species but faster than his father’s. Omni-Man’s attempts to appease the Viltrum Empire failed. He then gets saved on his day of execution by Allen the Alien. After rescuing him, Allen revealed that Viltrumites are a near-extinct race, with only less than fifty pure-blood able individuals left. 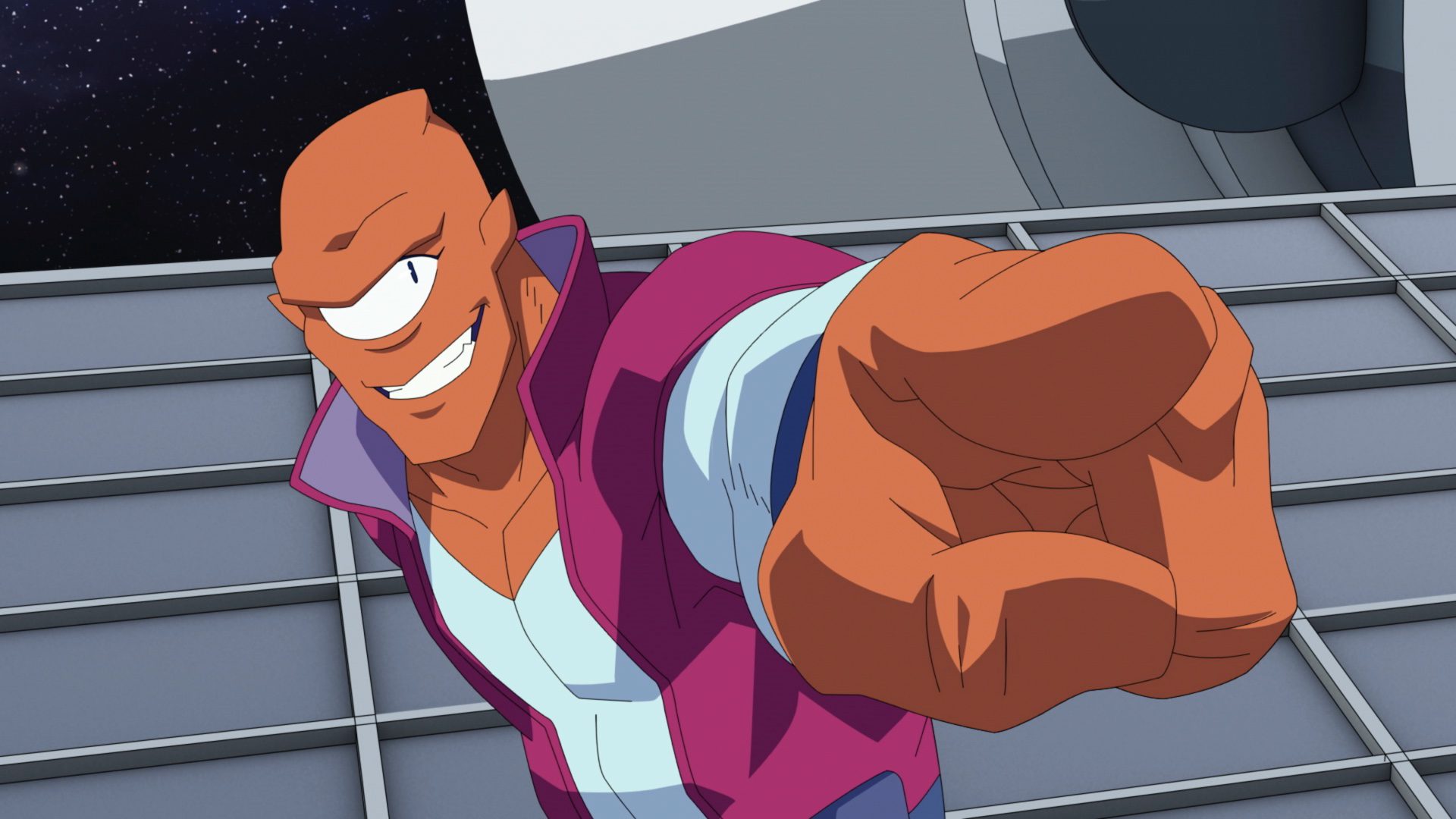 Allen revealed that Viltrumites are a near-extinct race, with only less than fifty pure-blood able individuals left.

With this new information by his new ally, Omni-man runs a two-person campaign to eradicate Viltrum’s supremacy. Together, they gathered weapons and allies that helped them to get their advantage over the Viltrumites. In the final battle of the war, the anti-Viltrumite coalition gets victorious, destroying the Viltrumite homeworld and thus scattering their enemies. Still, Nolan gets badly wounded by the Viltrumite regent Thragg.

Meanwhile, Thragg secretly relocated the surviving members of his race on Earth and planned to interbreed with humans to covertly rebuild the empire. He also finds out that Nolan is a descendant of the long-dead Viltrumite king, thus being the heir to the throne. This provoked a fierce battle between them. Nolan eventually wins the battle and is crowned as ruler of the Viltrum Empire.

At this time, Viltrumites on Earth considered it as their new home, which Nolan Grayson overlooked. Unfortunately, things didn’t end up well for Nolan as he was killed in the final confrontation between the Viltrumites and Thragg’s army. In his last words to Mark, he names Mark as his successor to be the Emperor of Viltrumites.

Appearances in other media

Other than comics, Omni-Man has recently appeared in Amazon Prime Video animated series. In this series, his character was voiced by J. K. Simmons. Some scenes of this series had been good meme material too. Other than that, Omni-Man was ranked by IGN as the 93rd-greatest comic book villain of all time. Over the years, the character had been compared to Superman, along with Vegeta from the Dragon Ball and Homelander from The Boys comic series.

Powers and abilities of Omni-Man

Now that we know about the history of Omni-Man let us look at all of the powers and abilities of Omniman. As you can now guess, Omni-Man possess all the generic powers and abilities of a Viltrumite. Other than that, he is also one of the most powerful Viltrumites to ever exist. His powers include superhuman strength, ability to easily lift immense amounts of weight and tear through anything.

He has super speed, is immune to all forms of illness or contamination, and is able to withstand physical harm from all of the greatest dangers. Along with all of these powers, he also has healing abilities and limitless stamina. He can also levitate and fly. Omni-Man can endure weeks holding his breath and can even survive the vacuum of space unprotected, thus being able to travel in the interstellar. He also ages very slowly. He is more than two thousand years old and has only now begun to show signs of aging.

Is Omni-Man a bad guy?

It is always a doubt among the fans if Omniman is a good guy or a bad guy. He was even the main antagonist of the first season of its 2021 animated adaptation. He was first tasked with conquering planets to spread the Viltrumite empire. This was the reason why he had arrived on Earth. He soon adapts to the life of being a writer and turns out to even be a superhero called Omni-Man. 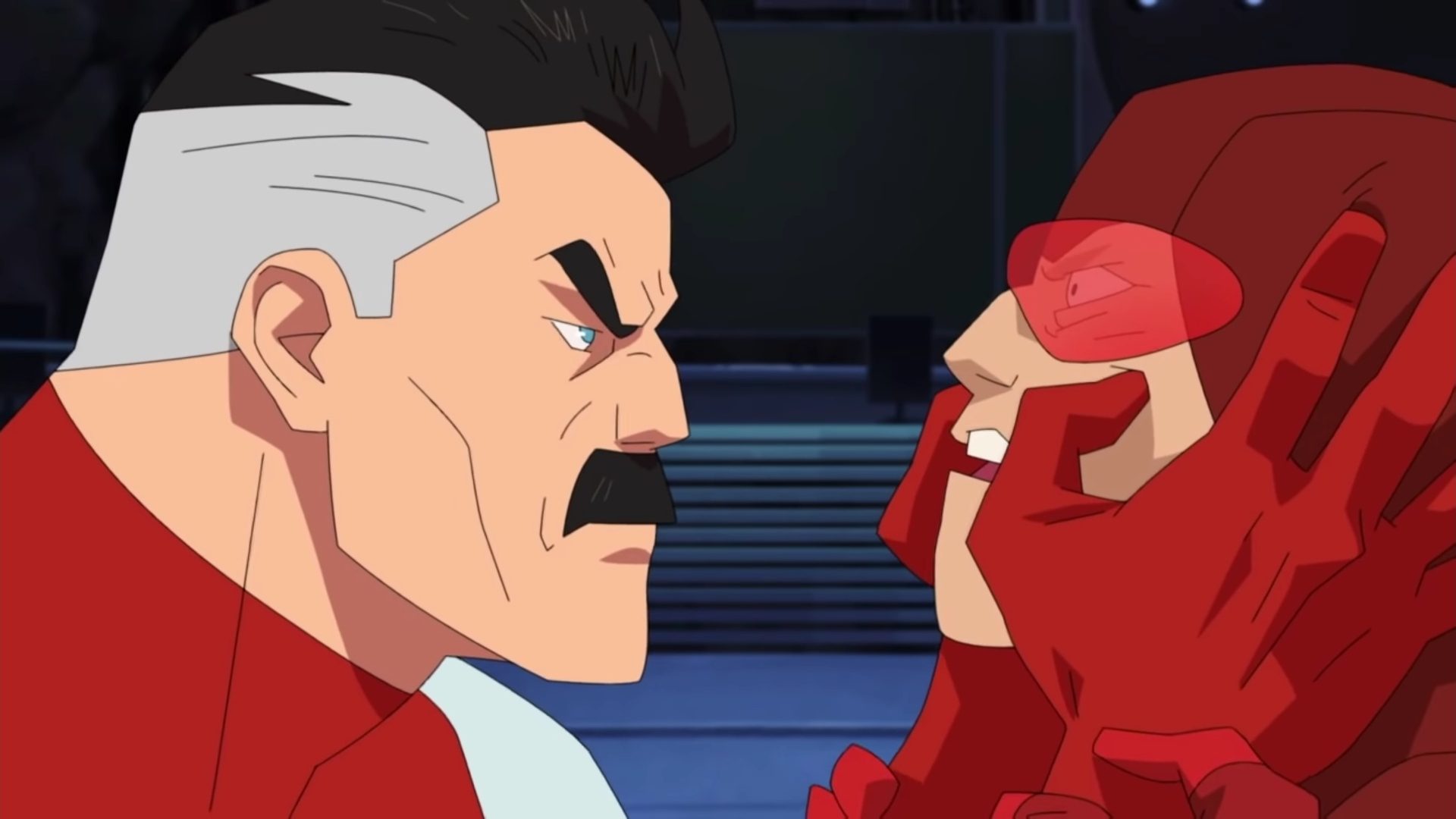 OmniMan was even the main antagonist in the first season of its 2021 animated adaptation.

On earth, he then had a son named Mark Grayson with a human woman Debbie. But Omni-Man would eventually reveal his plans and battled against his son, who was then a superhero called the Invincible. He kills all of the members of the Guardians of the Globe but eventually backs out from his plan and leaves the planet due to his love for his son.

He discovered that he was the actual heir to the Viltrum throne and would redeem himself as the emperor of Viltrum. So to the question, is Omni-man, a bad guy, the answer is that he was a bad guy at first, but soon he changes as he had love towards his family and upon realizing who he indeed was.