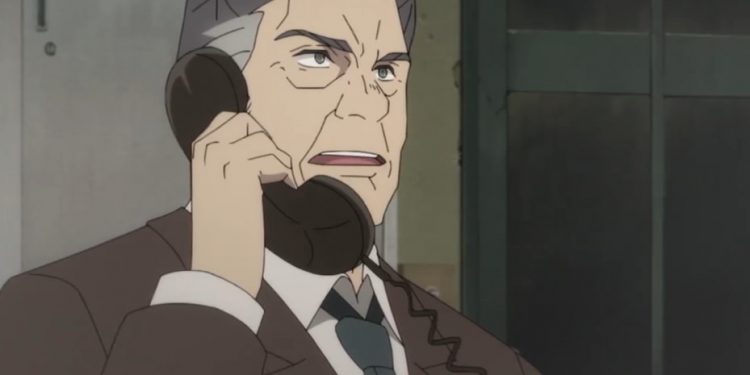 But the chimpanzee almost died due to lack of equipment, and it returned safely. The scientist named that chimpanzee Sam who broke the world news. The higher-ups in Japan read the newspaper and contacted the Combrade Chief reminding him that the UK would pass them if they didn’t do their plans quickly. The chief apologies and reveals that they are trying to improve and fix N44’s flight issues. He adds that everything will be ready by spring. The lady with the higher-ups tells them not to worry about the little monkey that went to the moon.

The higher-ups reveal that they can’t let the guys from the UK who eat hamburgers beat them. She reminded them that their cosmonauts might be in danger and came home dead. But she will see who they have chosen. Irina wakes up from her confinement room and greets Lev. In the morning at the training center conference room, they reveal the test of three Mechta Shest selected as cosmonauts. Yashin, Roza, and Lev are chosen as the three top candidates. The also reveals the other three reserves, and Lev’s dream has become a reality.

Previously on Tsuki to Laika to Nosferatu Episode 9

Lev was surprised that he was going to the moon, and people used to underestimate him. He congratulates Yshin and Roza, but Yashin reminds Lev that the first guy to reach there will be remembered, and others don’t matter that much. Lev doesn’t care about that as long as he arrives at the moon and tells him that they are comrades and what matters. Roza also scolds Lev and leaves the scene. Lev vows that he won’t disappoint Irina and heads to meet with Anya and Irina. The trio talks about Lev’s trip, and they are glad that he got selected.

Anya tells Lev how Irina prayed for him to be selected, and they both had fun playing with snow ice. Later the three candidates went training, and the scientist realizes that N44 fell unconscious before she entered zero-G and wants to avoid that. Biomedical Lab Vice-Director Pavlov tells the trainers that they need them to stay conscious during the flight. He adds that they are training them for that and explains how they should carry out the training. Pavlov notices that Yashin is doubting his strategies and tells him that their test is safe.

Roza took her first training, and the scientist realized that the data they gained from N44 helped them and the Nosferatu Project was a success. Lev realizes that Irina passed all the tests, and he has to handle them as well. He realizes that he promised Irina that he would go to the space. Anya went to Irina’s room and updated her about the latest news from the training. She reveals that Yashin was the top candidate, and the second was Roza. Irina realizes that Lev took the third spot. The two talk about Roza’s characters.

Tsuki to Laika to Nosferatu Episode 10 will be released on 6 December 2021. Anya talks about the UZSR and the rules that they have to follow when it comes to gender. Irina worries about Lev and wonders if she still has values since a human has finished her experiment. Lev and the other learn sky diving. But Yashin noticed that Lev messed up. Let’s look at Tsuki to Laika to Nosferatu Episode 10 official details.

Is Cardi B Expecting Again? The Rumors Spread once More