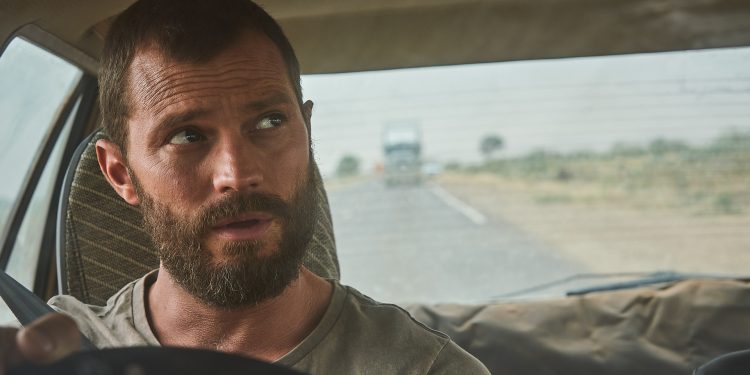 The Tourist, 2022 series, the ending has left many viewers a little confused and with one big question: What happens to Elliot? The show dropped its first episode on January 1st, 2022. It soon began trending as more and more people tuned in to watch the mystery thriller. The show is written by Harry and Jack Williams, the writers and producers who created shows like Fleabag, winning 2 Golden Globe Awards, Liar, Strangers, Rellik, and Baptiste. The show has since become very popular, more so after its finale. The Tourist is known for its mystery and twists and has a knack for leaving the viewers with many questions. The season finale was no exception leaving the viewers with one big question unanswered.

The show’s fans have not stopped talking about the show since the finale. It is a limited television series, so even if there is a second season, it would probably not have the same characters or continue the same story again. The series was released on BBC One, HBO Max, ZDF, and Stan, in the UK, US, Germany, and Australia, respectively.

The Tourist is about The Man A.K.A Elliot Stanley, played by Jamie Dornan, who is a car crash victim who wakes up in an Australian hospital with amnesia. He then has to use what little clues he has to find out who he is, before his past catches up with him. The series opens with him driving through the outback, trying to flee from a truck whose driver is trying to run him off the road. This is what causes him to crash and lose his memory. The series is very interesting and intense. Some of the other characters in the show are Luci Miller and Constable Helen Chambers, played by Shalom Brune-Franklin and Danielle Macdonald, respectively. Their characters are vital to the storyline as well.

Perhaps it is best explained by Jamie Dornan himself, who said in an interview, “There’s so much TV now, so, you have to do something that keeps its head above that other stuff and stands out for the right reasons, and this journey is like nothing else, hopefully, the audience is willing to come on this mad journey with us!” The series builds itself up to an epic and emotional climax which leaves some viewers a little confused but answers most of our questions, but leaves us with a big one. What Happens to Elliot?

The Tourist Ending Explained: What happens to Elliot?

Kosta, played by Alex Dimitriades, has a hallucination of his brother, who tells him to kill Luci. She tries to help him by getting his brother on the phone, whom he thinks is dead but, in fact is very much alive. His brother tells him to lead a different life. Kosta, however, listens to the hallucination of his brother instead and tries to kill Luci. Elliot and Lachlan, played by Damon Herriman, have an altercation when Elliot grabs his gun. Kosta is shot dead, Lachlan drives off to look for his wife, and Luci gets shot in her stomach. Elliot then puts her and the bag of money in a car and drives to the hospital in an attempt to save her. He is eventually unsuccessful as she dies before they reach the hospital.

After this, Elliot calls Helen for help, but her fiancé picks up the phone and tells him to stay away from her. Helen, however, tells him that she wants to go help him, but he threatens to end their relationship if she does. She then tells him that people who love each other don’t give one another ultimatums, which is why she ends it with him and calls Elliot. Meanwhile, Lachlan finds his wife, kills Kosta’s men, and frees her. After which, he goes to the police and throws Helen under the bus for a man’s death showing them a video of her eating in a Mexican restaurant with Elliot and telling them that they were working together.

The show is available on HBO Max: HBO Max.

Helen then sees on the news that both she and Elliot are wanted for murder, and the pair decide to flee together. They are forced to take some people hostage in a restaurant in order to flee, and she asks a friend to get proof of Lachlan’s corruption. To buy some time, Elliot demands that he be brought the woman he keeps seeing in fragments of his memory. Just as they are being surrounded by the police, Helen receives proof of their innocence and Lachlan’s corruption. While at the police station, after being proven innocent, Elliot meets the woman he kept seeing in his memories.

The woman then proceeds to tell him that he was a human trafficker and she was one of his victims. He used her to smuggle heroin into Australia in her stomach, which was then cut out of her by one of his colleagues. She explains that he sees her happy in his visions because he would make her practice smiling at him to look normal at the airport. She also tells him that there were two other victims, but they died after the bags exploded in their stomachs. After being appalled by who he is, Elliot tries to commit suicide by crashing his car. He ends up in the hospital again with his memory intact this time and Helen, after reading his police report, tells him that she wants nothing to do with him.

After being released, Elliot drinks a bottle of Vodka and swallows a handful of pills. Meanwhile, Helen is convinced to give him a second chance and sends him an emoji of a burrito. A dying Elliot sees this and smiles. The series ends here and leaves us with the big question: Is Elliot alive?