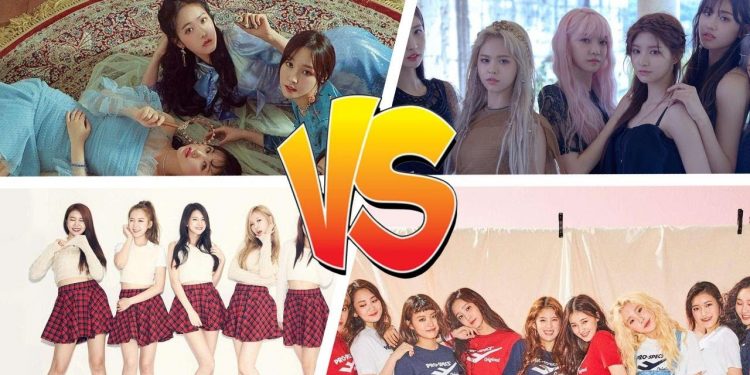 This year has been a big change for the K-pop industry. Many crazy events took place. Many k-pop groups debuted while many groups chose to disband. Some graced the year with their comebacks while some left to focus on themselves or their solo career. No doubt, this year too has been a remarkable year for k-pop. But while k-pop girl groups like Blackpink, Aespa, Itzy are riding up the popularity meters with killer music and well a small member group. There are some k-pop girl groups with six members that deserve our attention.

From one of the completing a decade in the k-pop industry to the one who’s literally the industry baby. There k-pop girl groups are either working on their comebacks or just recently did one. And all of them have managed to keep the fans’ eyes to themselves. While many original six-member k-pop girl groups like April, A. DE, After School have disbanded. There are some groups that are still holding on and making some changes. So Here Are The Top 7 K-pop Girl Group With Six Members That Needs The Attention Right Now! 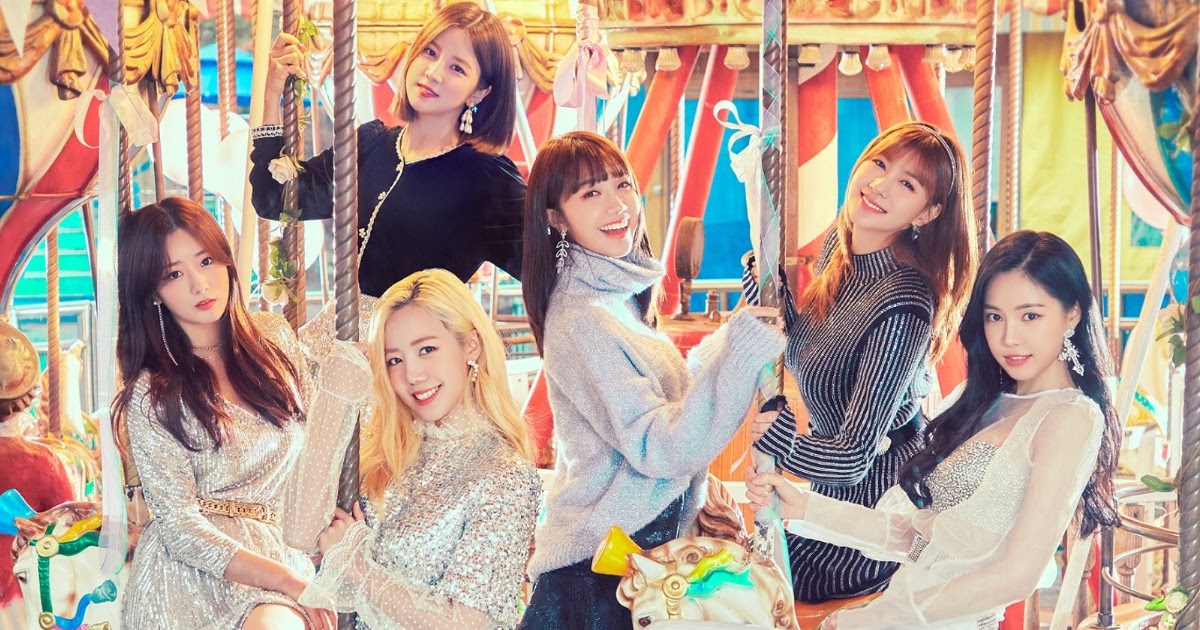 It has been a decade since APINK made its debut as a girl group. Signer under the IST Entertainment, APINK went on to make its debut as a seven-member girl group with Yookyung, Chorong, Bomi, Eunji, Naeun, Namjoo, and Hayoung on April 19, 2011, with Play M Entertainment. With the girls working on the solo projects alongside, the girl group has been active since. Chorong serves as the leader of the group while Bomi is the lead vocalist holding the center position. Eunji serves as the visuals of the group. While Naeun is the lead dancer and Namjoo is the lead rapper in the group. Hayoung is the maknae of the group. Yookyung served as the lead rapper in the group. She went on to make her exit from the group in 2013 as she wanted to focus on her studies.

APINK is all set to make its comeback in February 2022. Along with a fan meeting “Pink Eve” at Sejong University’s Daeyang Hall in Seoul on December 31. Their agency has not yet revealed the comeback date but has confirmed that Chorong, Bomi, Eunji, Naeun, Namjoo, and Hayoung are back together for the album.

Originally debuting as an eight-member group, MOMOLAND entered the world of k-pop in 2016 with Hyebin, Jane, Nayun, Yeonwoo, Taeha, JooE, Ahin, Daisy, and Nancy. But Daisy, Yeonwoo, and Taeha went on to announce that they’ll be making their exit from the group in 2019 for private reasons. Signed under MLD Entertainment, MOMOLAND is now a six-member girl group consisting of Hyebin, Jane, Nayun, JooE, Ahin, and Nancy. Hyebin serves as the leader of the group, while Jane is the main dancer of the group. Nayun is the vocalist and rapper. While JooE is the main visuals of the group. Ahin serves as the main vocalist while Nancy being the maknae of the group serves as lead dancer, vocalist, and visuals. After being busy in the promotion through online concerts, YouTube content, and live broadcasts all year. ‘MOMOLAND’ is all set to make a comeback on January 14, 2022, as announced by their company.

Songs You Must Not Miss: BBoom BBoom, Ready Or Not, I’m So Hot

Songs You Must Not Miss: Ghost, Wish, Hakuna Matata

Songs You Must Not Miss: Lie, Loca, Party Time

Currently being one of the most popular girl groups in the k-pop world, ‘Everglow’ is a six-member girl group that debuted under Yuehua Entertainment. The girl group consists of Yiren, Sihyeon, E:U, Mia, Onda, and Aisha. They made their debut on March 18, 2019, and shot to fame with their single ‘First’. As the leader of the group, Sihyeon serves as the lead vocalist and visuals of the group. E:U serves as the main dancer and main vocalist of the group. While Mia is the main dancer. Onda serves as the lead dancer, sub-vocalist, and the visuals While Aisha is the lead rapper and the sub-vocalist of the group. Yiren is the maknae of the group and is in the center of the group. All the girls have been either a trainee at an agency or have participated in a survival show. ‘Everglow’ recently made their comeback with the single ‘Pirate’ and third mini-album ‘Return of the Girl’.

Songs You Must Not Miss: Let Me Know, Addicted, Wings, Bewitched